Great job on the buff, now on to the hyena!
Y'all can go to hell, I'm going to Texas! Davy Crockett

Fantastic, what a day in the field that was!!
"When my friends tell me that I have led a remarkable life, I have to admit having done my best to make it so" - John Kingsley-Heath

Great job guys. What a moment when it finally happens eh? Nice buff!

Nothing I've ever hunted was like buffalo....
HUNTERS make importation bans work!

We proceed to cut up the buff for hyena bait and head out to hang a second bait and refresh as well as expand our drags. The next day reveals nothing had hit our two baits. We believe that the drought has left so many carcasses out that the hyenas are not responding to the baits. Shortly after a neighboring property owner confirms our worse suspicions when he explains that there is a vast amount of carrion in the field. We stay late this night and listen for hyena, but to no avail. However all is not lost as we hear leopards sawing, hippos and even spot a large lion track just before nightfall. The next day reveals that a leopard had been at the bait, but no hyenas. 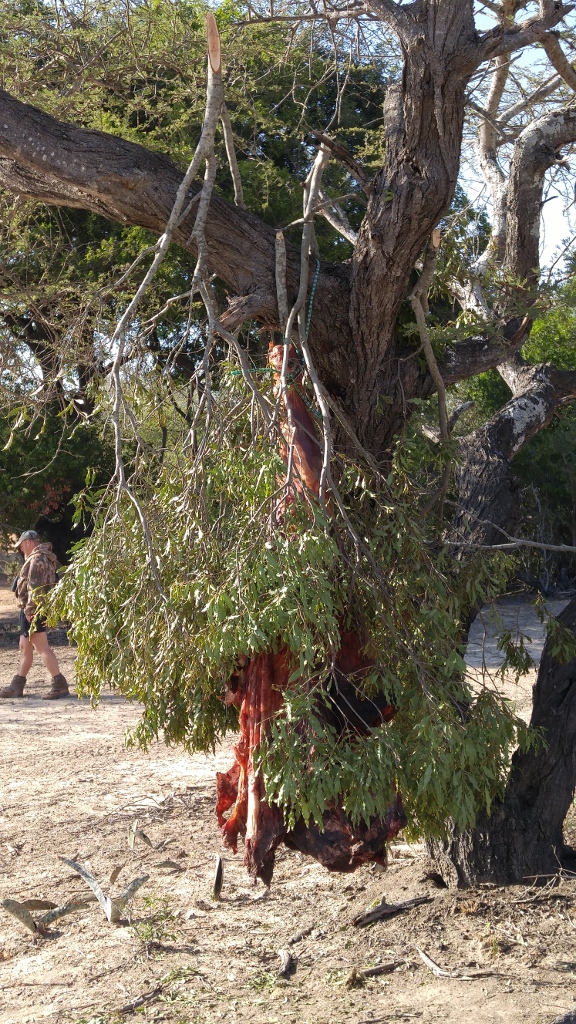 We realize then that the hyena was not to be and our hunt draws to an end. One final evening shared with new friends and then we were off to visit some other friends in Port Elizabeth.
Before we go, Marius let's me try out his double, i now fully understand the relationship between a PH and his double ... i did not want to give it back 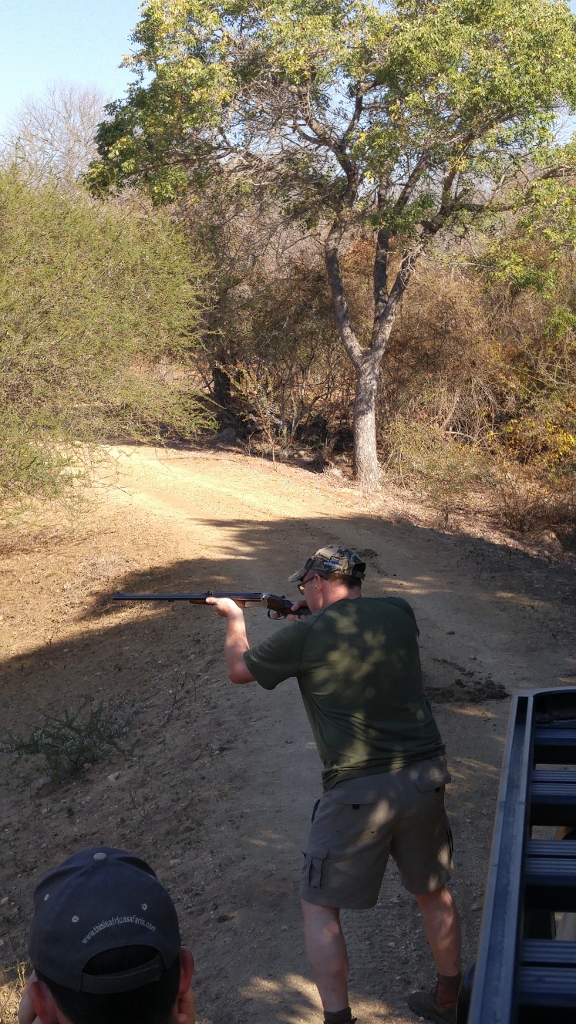