ROMANIA: Red Stag In The Rut Hunt In Romania With HUNTROMANIA

2 years back i travelled to one of Marius areas where they hunt redstag in the rut.
The thing is that i had to plan it early, Marius told me what where the best dates normally.
But in that period it was still very hot, more hot as normally with the rut, but still the redstags where roaring.
This hunt was in his flat area’s, i hunted there before and i bagged 2 redstag in that time.
The redstags where more active in the morning then in the evening, so my first redstag we followed the sound for a few miles, this deer was walking with his females.
Then he went in an open field, and soon i could take an shot on it when he was standing free from the females.
The shot was ok, and i was very happy for the trophy, we went bag to get the car to load it and went back to the hunting house for breakfest and some Tuica(local strong drink)
In the evening we had only a short time when the redstags where roaring, so no succes.
The next morning we started again the dark, to walk where the roaring was coming from, we crossed some redstags, but they fitted not in the management plan and we continue.
Then again we heard roaring and noise again, 2 redstags where fighting over the females, the winner returned to the females, and Marius his ranger give it free to shoot, everything went very fast, and could shoot it, it walks a few meters and it dropped.
We wait an moment and walked to the reddeer, when we came closer I realized what i shot, it was the best redstag i ever shot, it had a very nice shape, pff what a morning and still full with adraline.

Thanks again Marius from @HUNTROMANIA for this adventure.

Here are a few pics of the red deers. 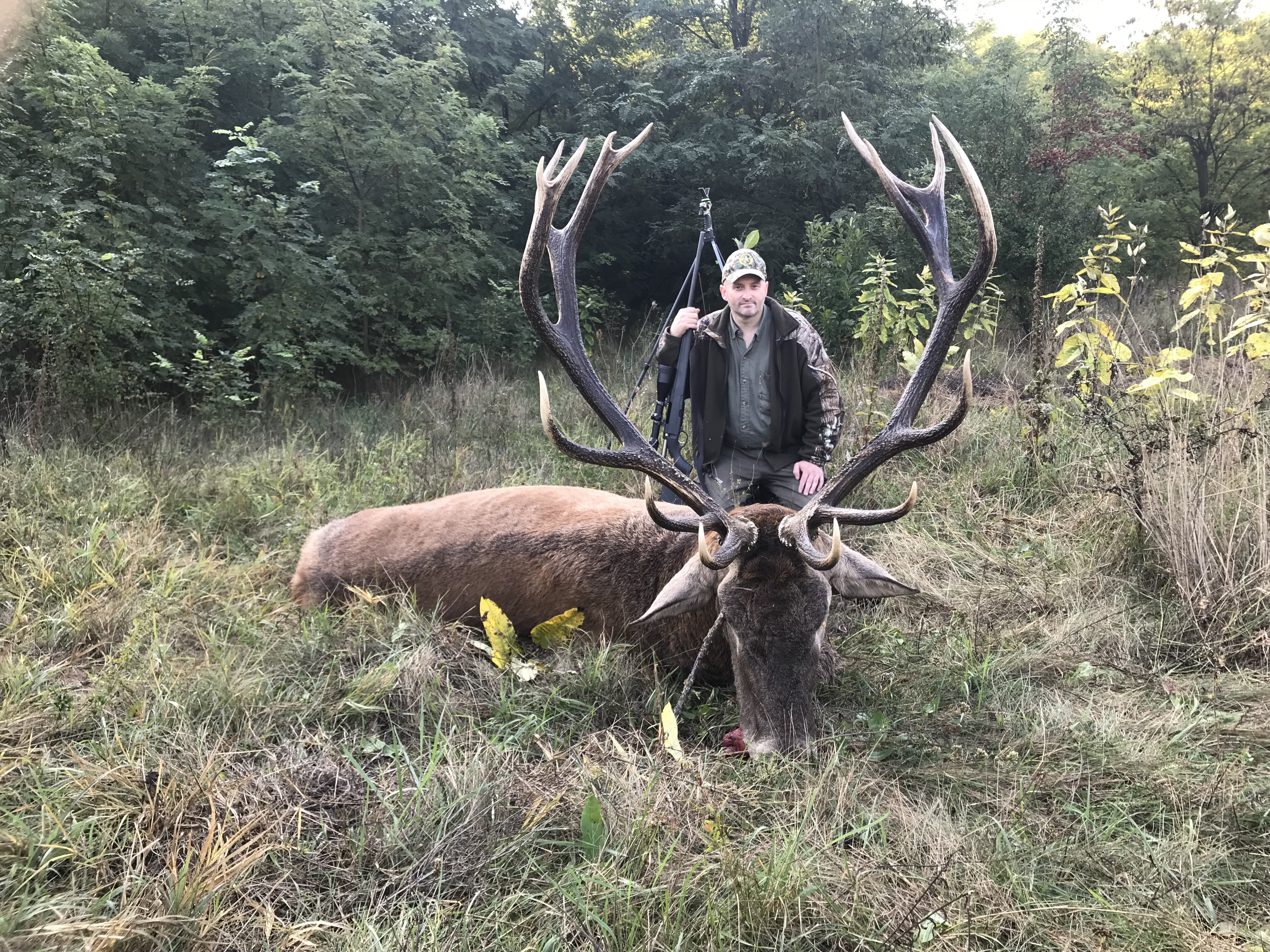 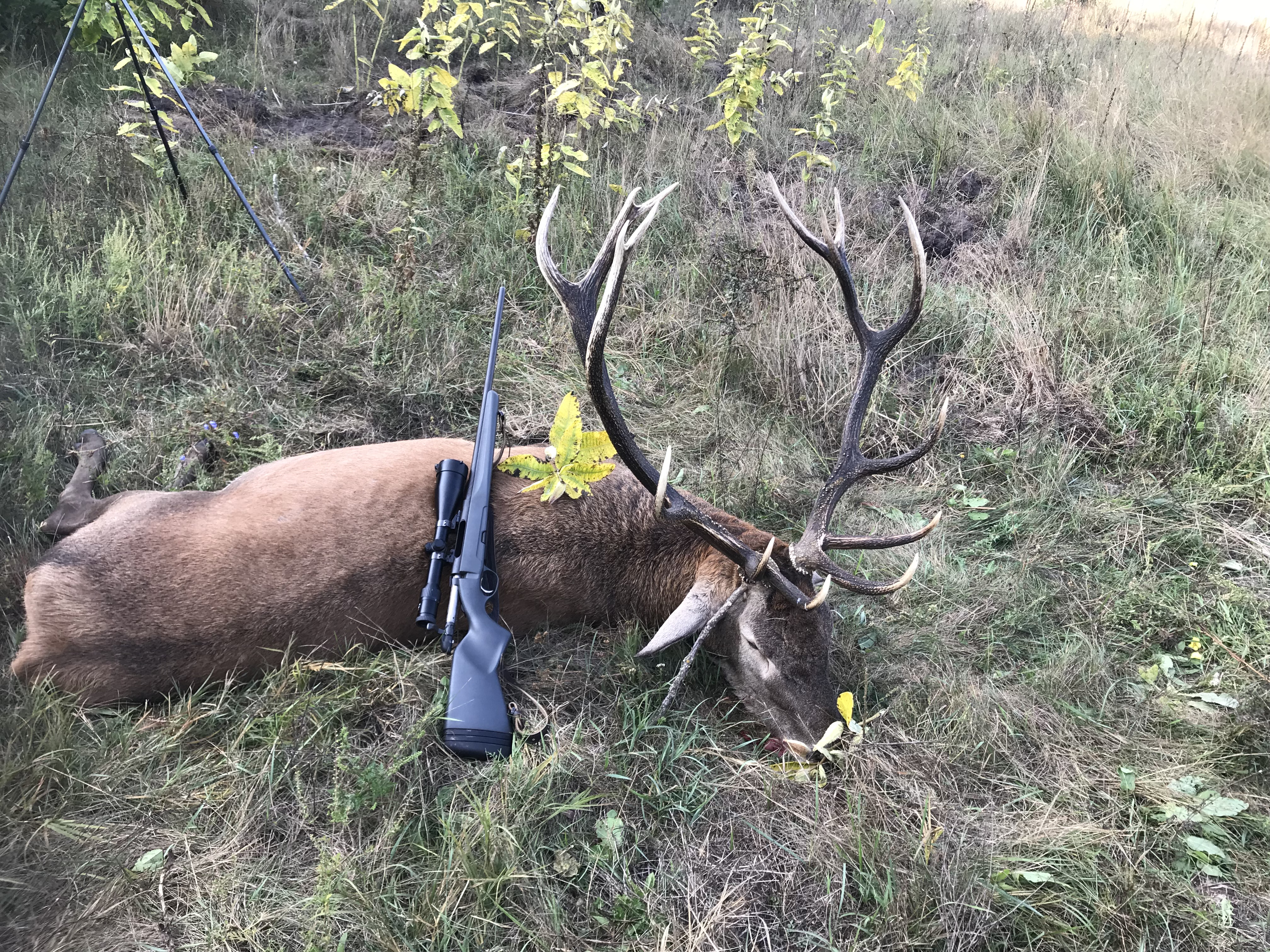 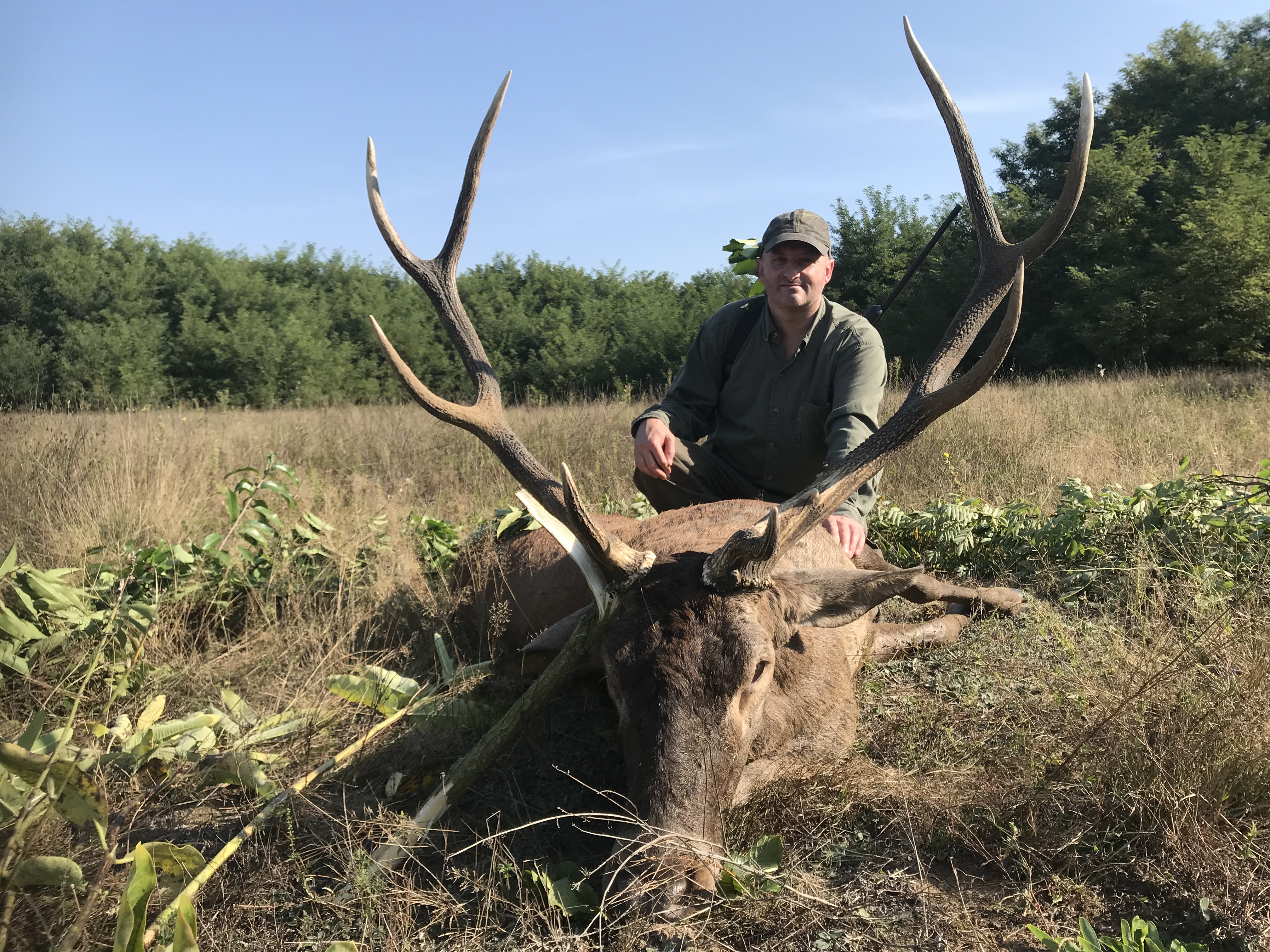 Very nice that top one is huge.
Keep the wind in your face and enjoy your hunt!

The top one is a beauty, congratulations!

All are beautiful, but that top one, wow!

Waidmannsheil @Dutchtrapper ! Very nice stags you took! Was it a hunt for a stag any size, or you had to pay a premiums for the larger ones?
D

VertigoBE said:
Waidmannsheil @Dutchtrapper ! Very nice stags you took! Was it a hunt for a stag any size, or you had to pay a premiums for the larger ones?
Click to expand...

It was a fixed price, the ranger/guide makes the dicision if its ok to shoot, if its fit in the management plan, but you can also refuse if you dont like the shape of the thropy etc

Congratulations! What a monster trophy!

Congrats, the first one has a beautiful shape.
You must log in or register to reply here.

edward
when is my donation due?
Yesterday at 10:28 AM •••
T
trstallone HUNTROMANIA trstallone wrote on HUNTROMANIA's profile.
I've Hunted So.Africa, love to try Romania
Wednesday at 3:14 PM •••
D
DG Gunsmith
https://www.cbc.ca/news/canada/hamilton/rodger-kotanko-police-shooting-1.6252238
Nov 18, 2021 •••
C
Clifford Johnson Mark A Ouellette Clifford Johnson wrote on Mark A Ouellette's profile.
Mark, How did your hunt go with Wayne in Zimbabwe?
Cliff
Nov 16, 2021 •••
S
Spartan2473 tnshooter Spartan2473 wrote on tnshooter's profile.
Hey buddy,
Have a great hunt in West TN. Looking forward to planning this next safari with you.