One positive comment he makes is that the problem is not to do with trophy hunting of lions. Listen to the interview. 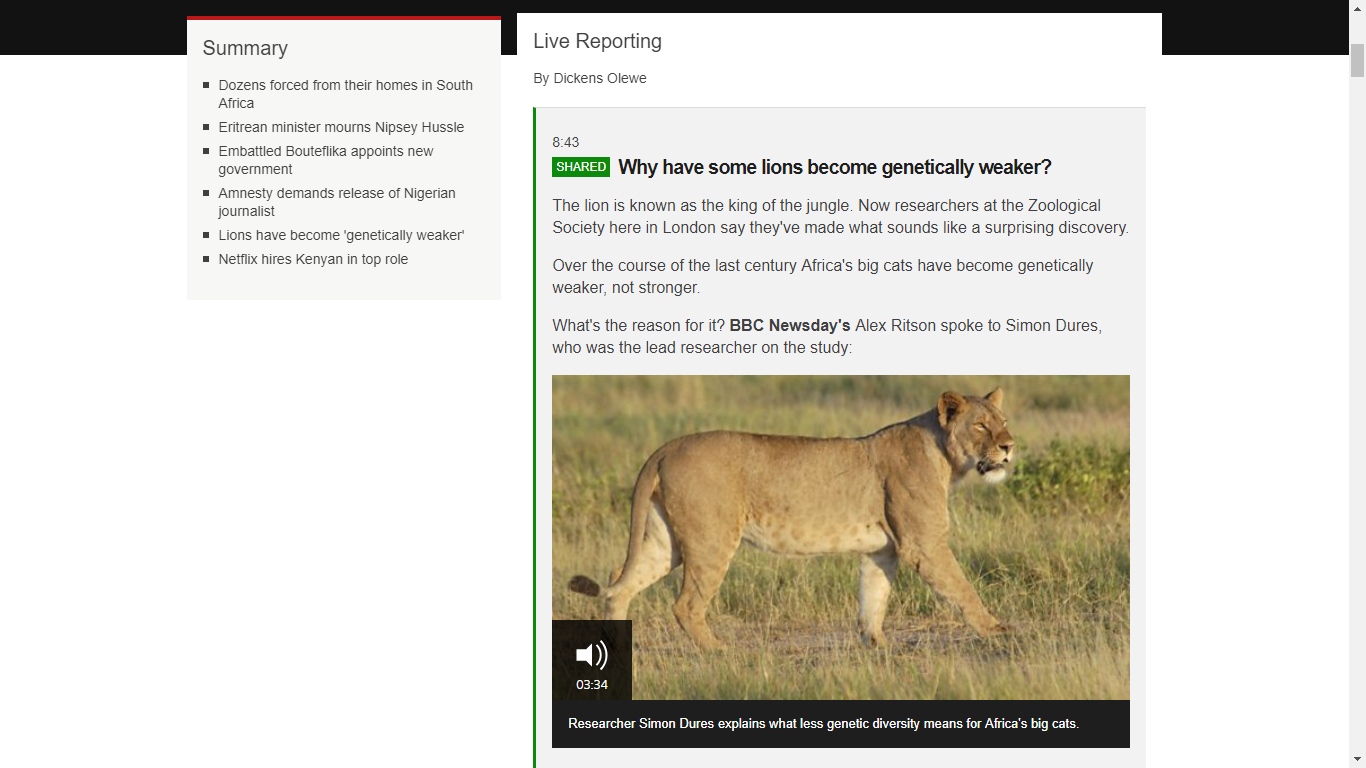 Thanks for sharing. He does say the problems started 150 years ago when Europeans started shooting lions and sending them back to museums!

CAustin said:
Thanks for sharing. He does say the problems started 150 years ago when Europeans started shooting lions and sending them back to museums!
Click to expand...

Thanks for posting Mike!
"Montana seems to be what a small boy would think Texas is like from hearing Texans" John Steinbeck

Bullthrower338 said:
Thanks for posting Mike!
Click to expand...

Nothing in that story that hasn't been know for decades. A lion pride is basically a group of related females (mothers, daughters sisters) serviced by a male pride lion. The primary mechanism for lion genetic diversity is that the male pride lion is replaced every 2 to 4 years (otherwise he is breeding with his offspring). Isolated parks, artificially managed prides maintained for tourists (and lazy researchers), fencing etc have restricted the natural movements of male lions and therefore restricted the turn over of male pride lions. This in turn results in chronic inbreeding and consequent genetic weakening. The biggest threat to the survival of lions is that the extent of genetic weakness will lead to the entire population being wiped out by disease.

It is enlightening that with all the fuss over 'Cecil the Lion' no-one commented on the level of mismanagement in the park, and by the associated UK researchers, whereby a lion of his reported age was still a pride lion and by definition producing inbred offspring.
You must log in or register to reply here.

Another reason to hunt South Africa and not Zimbabwe
2