Norma just introduced two new polymer-tipped hunting rounds, and you should be excited. 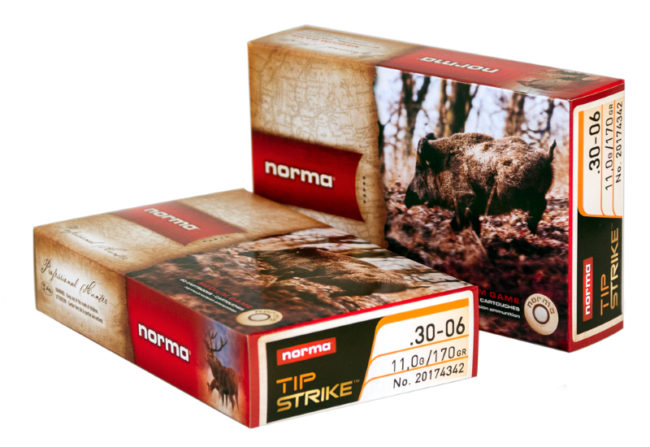 Norma Ammunition recently introduced two new polymer-tipped bullets, one a conventional design, the other an eco-friendly one. Both are quickly establishing themselves as game-getters, and hunters should take note—whether their hunting area mandates lead-free bullets or not.

Ecostrike is the new environmentally friendly line of ammo from Norma. Lead-free and made of copper, the boattail design is capped with a polymer tip to ensure quick expansion and reduce drag during flight. The bullets are also covered with a proprietary coating to eliminate copper fouling in barrels. Between their high speed and uniform design, these rounds perform as reliably as heavier ones at a fraction of the weight.


Ecostrike wasn’t available for my monteria in Portugal last November, but I did get a chance to shoot Tipstrike, Norma’s other new poylmer-tipped load. Tipstrikes are topped with a polymer tip like Ecostrike, but the round’s core is lead. A thin jacket reduces the drag on the bullet in flight, then quickly peels back upon impact for maximum expansion.

I was shooting a .30-06 and 170-grain loads, which proved fatal on a nice fallow deer and an average-size boar. Other hunters shot .308 Winchesters and .338 Win. Mags., both of which shot equally well. Norma is currently offering Tipstrike in these calibers, .300 Win. Mag., and .300 WSM, but I expect that lineup to expand as quickly as the bullets themselves. 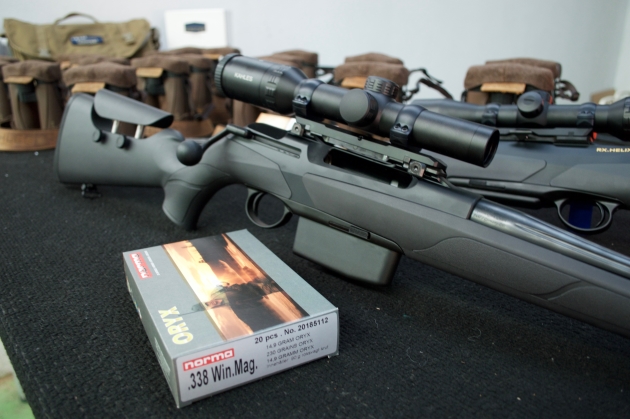 And of course there’s the tried-and-true Oryx ammunition. A lead bullet with decades of proven performance, the Oryx is just as deadly today as ever. Norma reps in Portugal told me that the decision to introduce polymer-tipped ammo was a result of the market’s trend toward sleeker, sexier round, not because of any deficiency in the Oryx’s traditional design. The Oryx still kills, and the company has no plans to do away with this legendary line of ammunition.

Ecostrike and Tipstrike are not currently available in the U.S. or Canada, but Oryx is stocked in many North American gun stores. Check out all three brands and many others at norma.cc/en/ today.
Last edited by a moderator: Feb 27, 2017