I'm real happy with my 500 Jeffery Matt, and I'm sure you will be with the 505 Gibbs you eventually end up with. If I could just get my sons through college and take it to Africa!

My rifle feeds, extracts and shoots beautifully but it did take three trips to three different gunsmiths to get it there, not much money though: 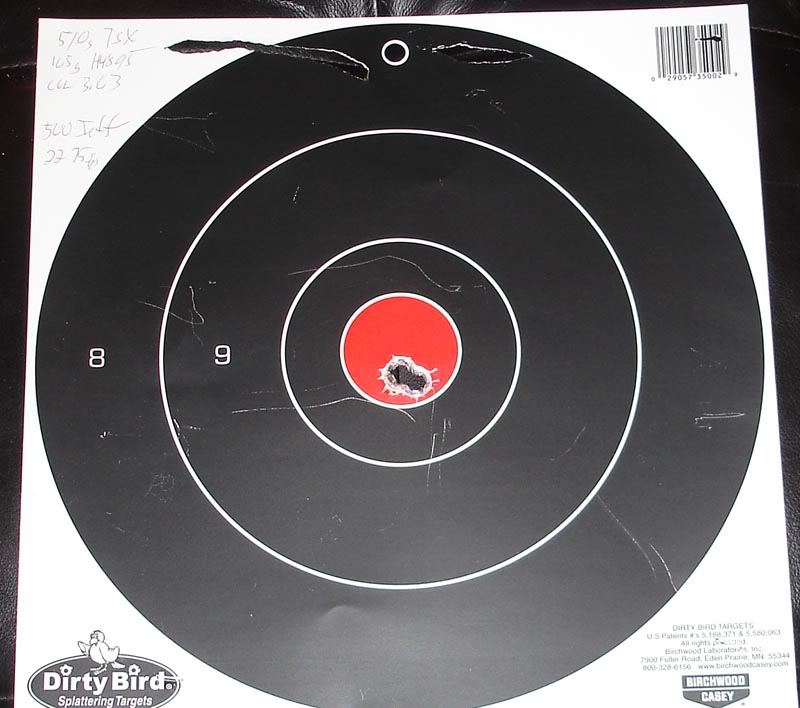 Feral hog taken at 8 feet. Shot him between the eyes, once we gutted him we found it essentially liquefied him. 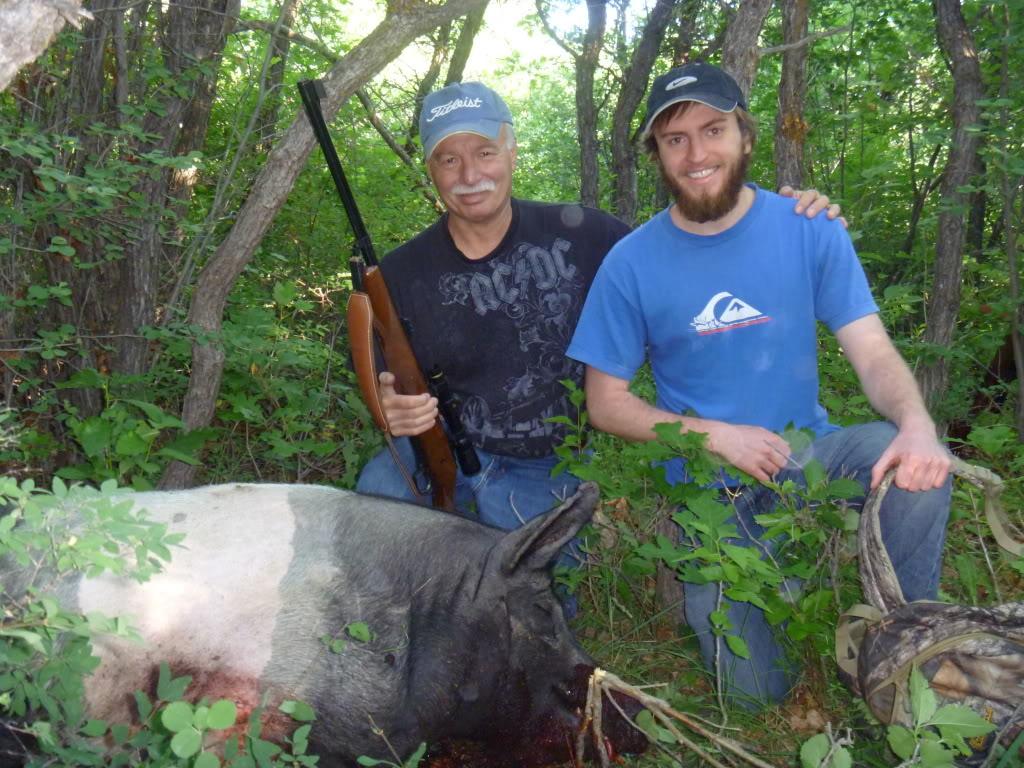 i picked the 505 Gibbs for similar reasons you picked the 500 Jeffery. i didnt like the idea of a rebated rim and was concerned it would have regular feed issues. it also helped that the 505 Gibbs cartridge just looks impressive!

Both cartridges appeal to me so much that I waited a long time to finally decide which one of the two I should buy.
At the end of the day, my only reason for finally settling on the Jeffery over the Gibbs was bullet diameter.
Where I live, .505 diameter bullets are few and far between but, various weights and styles of .510 and .511 bullets are not that unusual to find on gun shop shelves.

This is due to the fact that many enthusiasts here shoot various black powder single shots, such as the .50-70 Gov't and .50 / 120 Sharps or similar ones, making hard cast, lead alloy, gas check bullets, from about 380 grains to 600 grains almost always available.
These can work for light practice loads to shoot, as opposed to not shooting at all when you otherwise cannot get odd diameter bullets for awhile (shipping is slow and expensive here).

The best part is that, the .500 Nitro Express double is getting a little more popular here every day and it's 570 gr bullet is actually superior IMO for the Jeffery, than the traditional 535 grainers are, due to higher sectional density, at least regarding solids for use on elephant or hippo on land.
For softs on buffaloes and such, it probably is not such a pressing matter because the Jeffery's 535 grainers likely would let the air out of any buffalo or giraffe, eland etc., just fine, I will presume.

I think now (mostly due to Dr. Robertson's research and recommendations), there are 600 gr bullets available from Woodleigh in soft and solid, for both these quite powerful cartridges.
However, I will never need them, even if I ever take my .500 for elephant because it shoots so well with the 570 grainers at around 2050 to around 2125 / 2150 fps and shows no pressure sign plus, recoil is manageable, even for a geezer like me.

If I was hunting Africa back when reloading was hardly even spoken of, and both the Jeffery and Gibbs rifles were a new thing, I probably would've leaned toward the Gibbs because of no rebated rim and the lower chamber pressure.

Today, I hand load most of my ammunition and so, the Jeffery is the best one for me.

colorado said:
I'm real happy with my 500 Jeffery Matt, and I'm sure you will be with the 505 Gibbs you eventually end up with. If I could just get my sons through college and take it to Africa!

My rifle feeds, extracts and shoots beautifully but it did take three trips to three different gunsmiths to get it there, not much money though:

Feral hog taken at 8 feet. Shot him between the eyes, once we gutted him we found it essentially liquefied him.

You will make it to Africa before you know it. With a proper rifle too. Bet the PH will want to pull the trigger.
And here I am, returning to Africa of many faces;.... the sloe-eyed temptress with flowers in her hair who stole my youth and my heart, and left me an old man with a kaleidoscope of conflicting memories of many dashed hopes and some fulfilled dreams. E. Echols

Ok I got a couple pictures. My CZ feeds fine with brass cartridges, but the top end chromed ones like Norma, still pop out... I got some course sand paper and scuffed them up just a bit and now they work... Saw a TV show where a hunter was rubbing his cartriges in the sand to scuff them up.

Have not shot it yet but got my Ruger RSM 505 Gibbs the other day. It feeds all loads great but only holds two. And cannot really get one in the chamber either.

The jeweled bolt is the CZ. 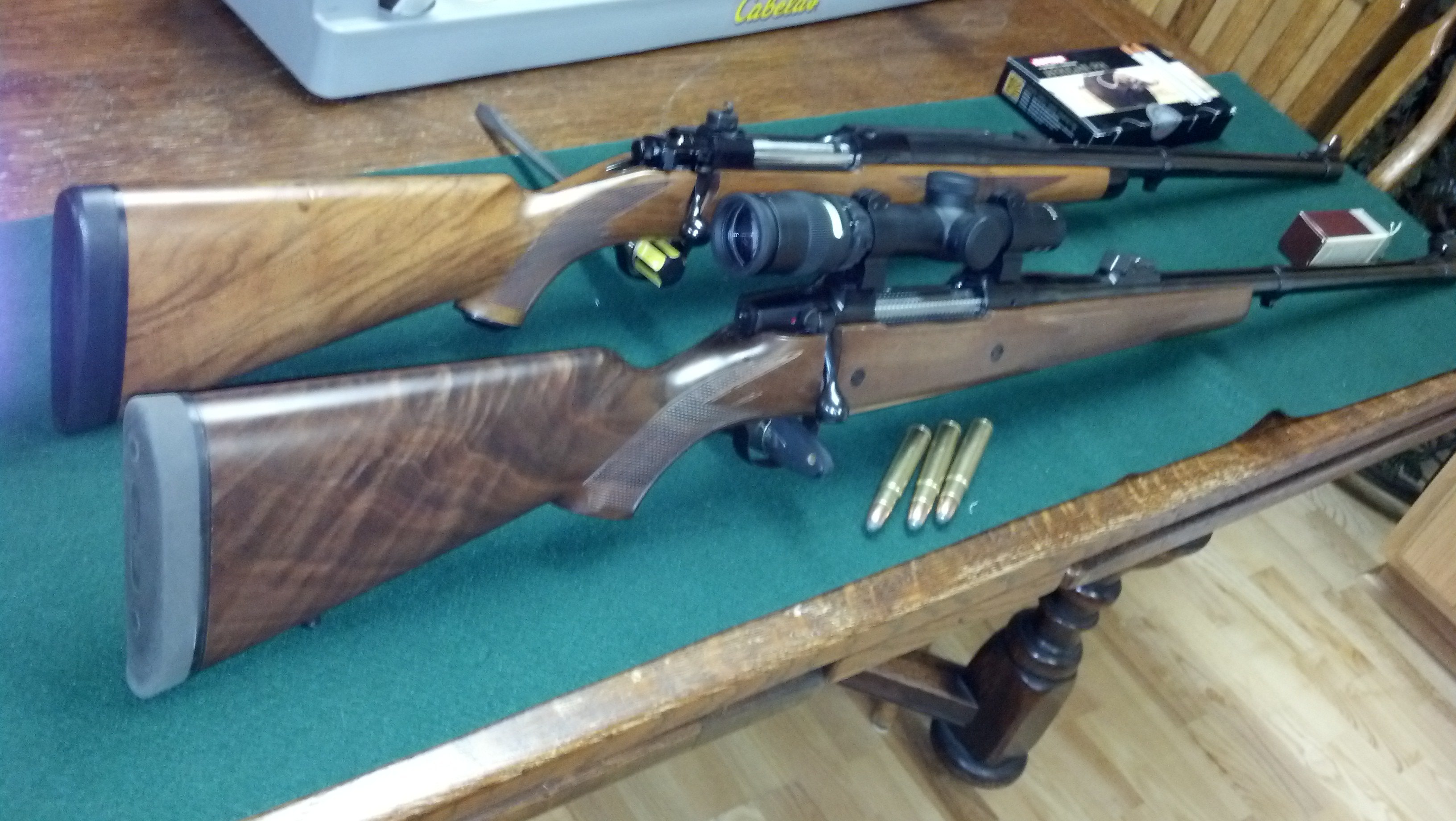 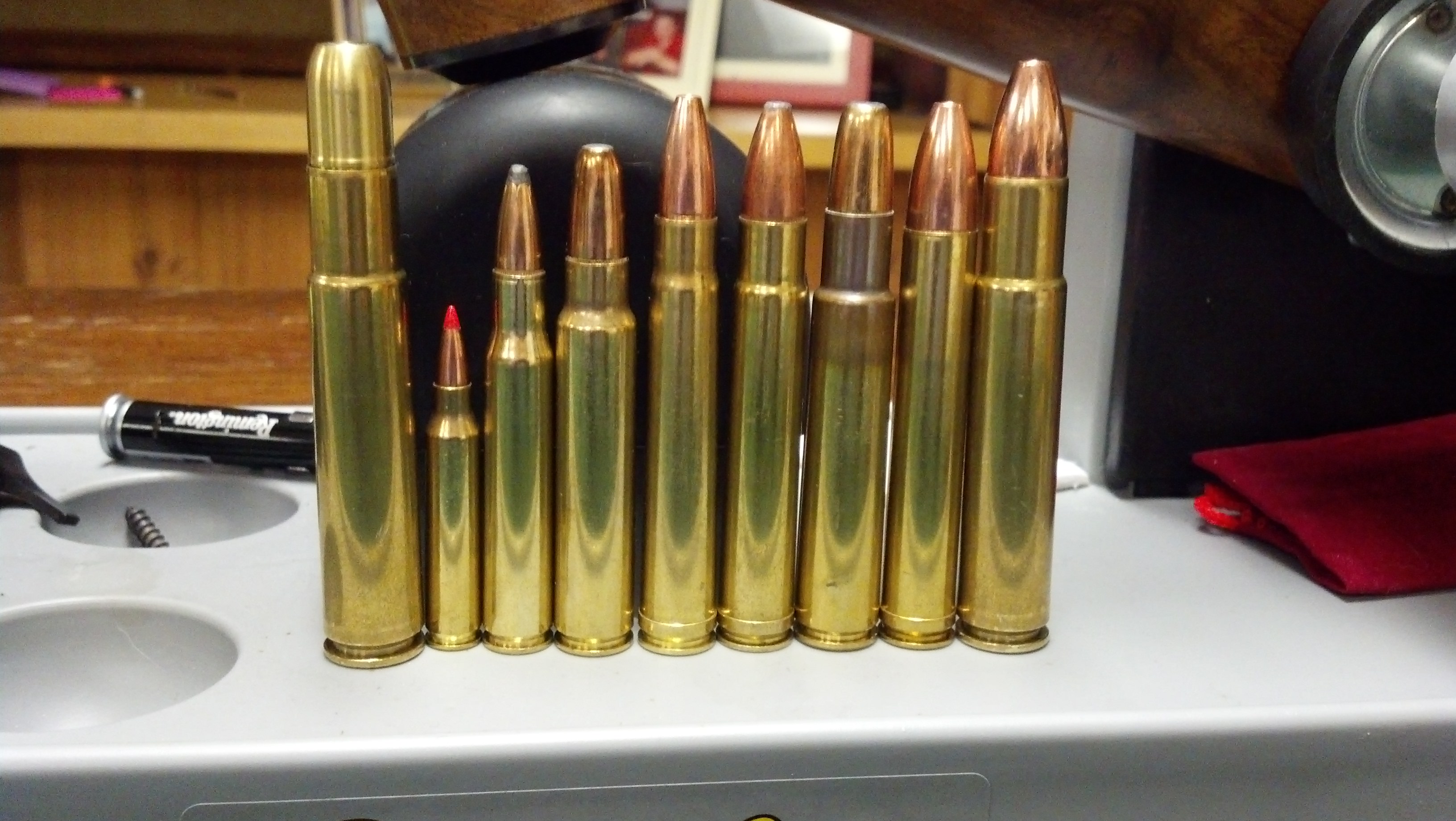 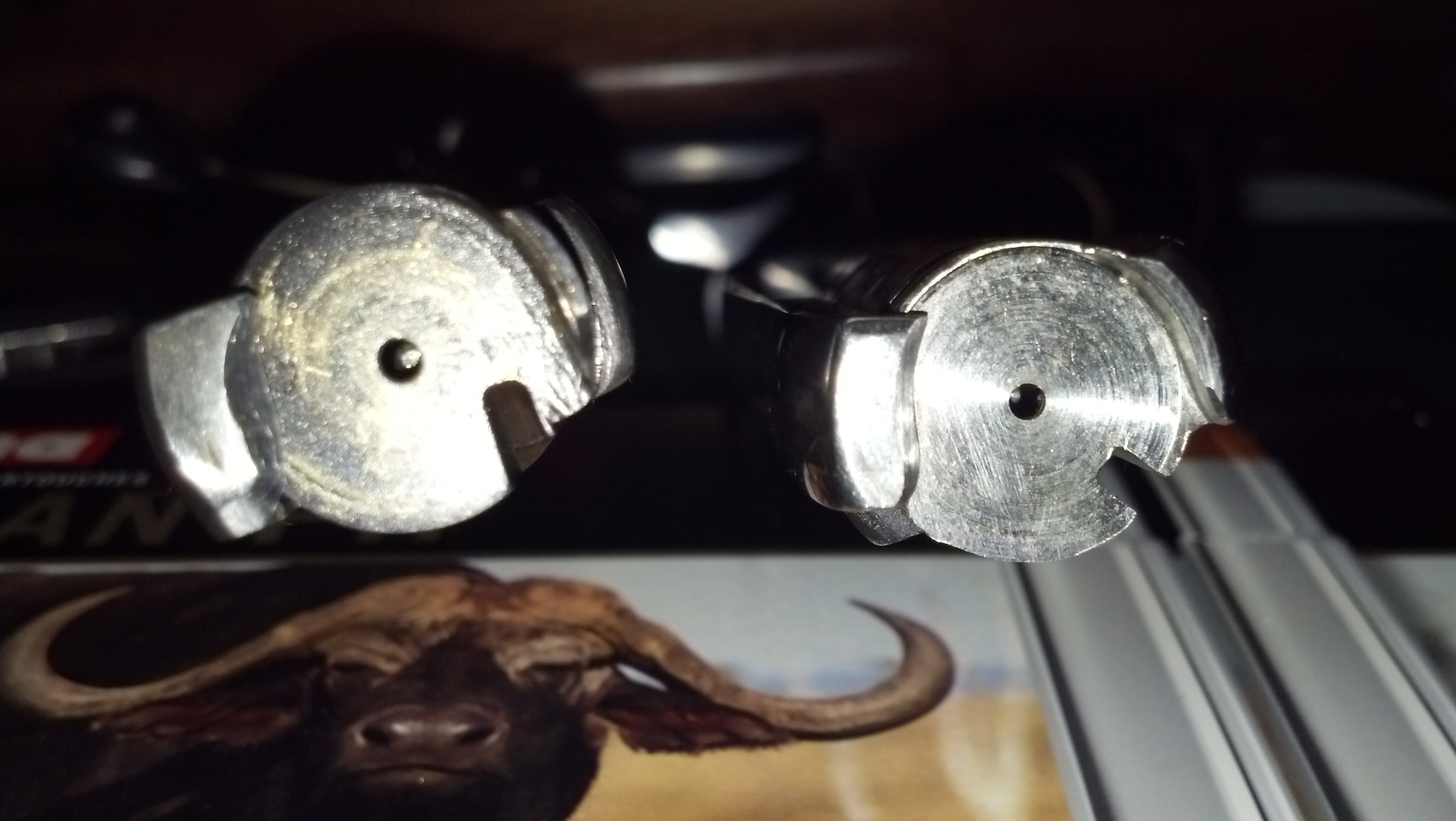 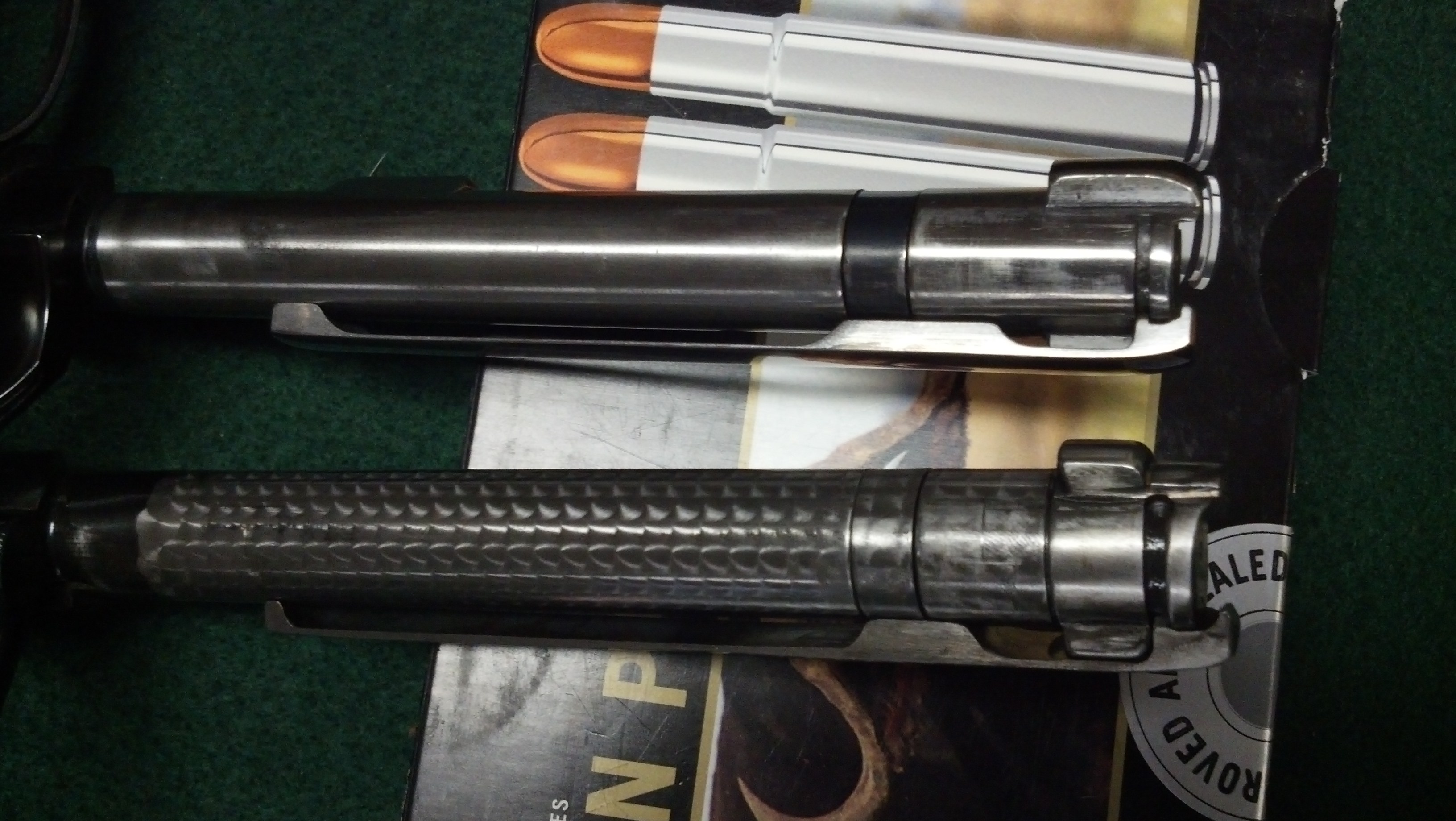 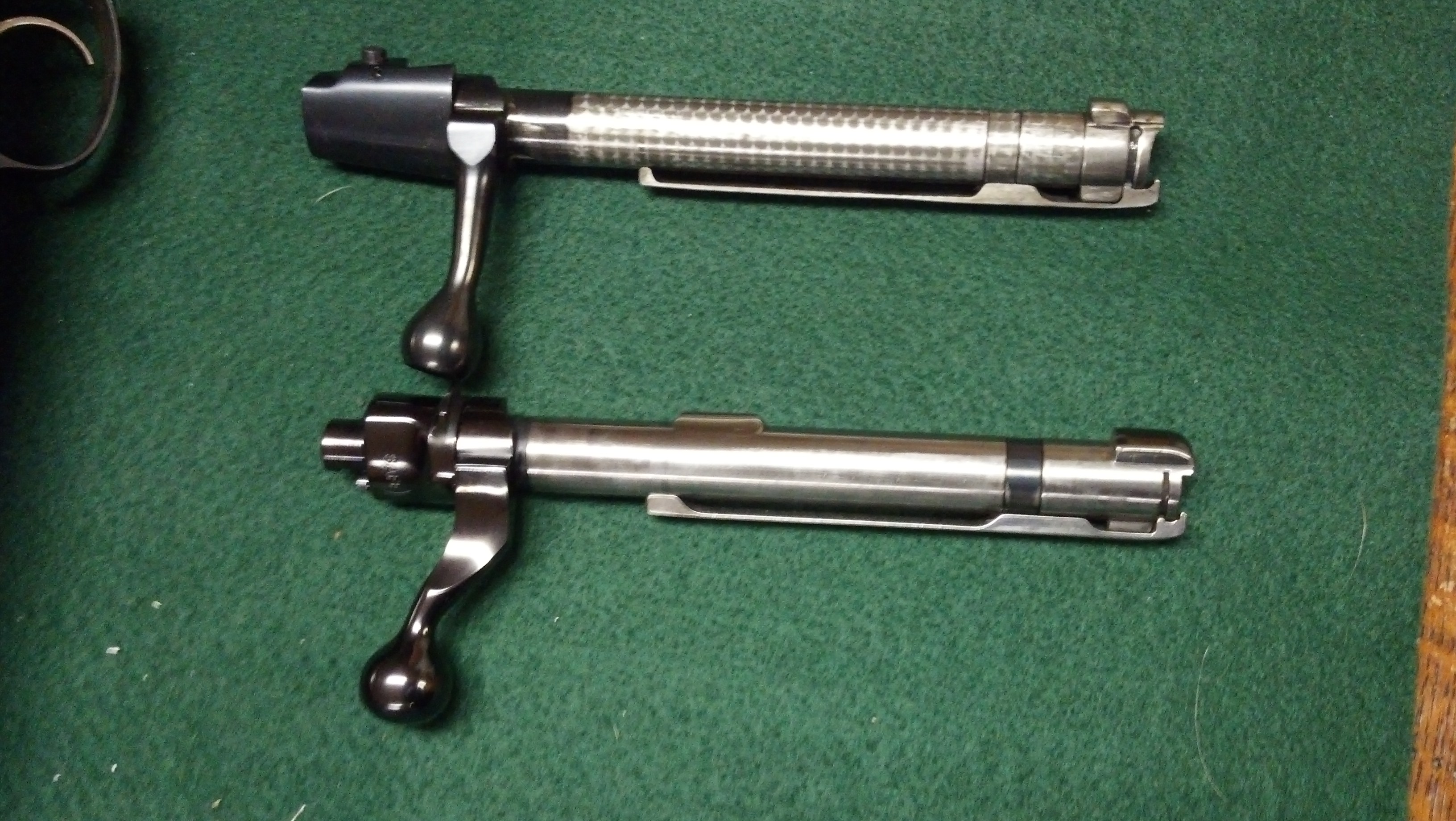 BTW, off caliber here but the Ruger 458 Lott I got the same day as the RSM 505, feeds great as well... That Lott seems such a simple cartridge with a narrow case that slides through the action so easy! And it will hold 4. Gotta get these new to me guns cleaned and go shoot them!

ActionBob said:
Have not shot it yet but got my Ruger RSM 505 Gibbs the other day. It feeds all loads great but only holds two. And cannot really get one in the chamber either.
Click to expand...

So you can't even put two down and chamber a third? It is a two shot rifle?
HUNTERS make importation bans work!

What John Taylor thought every bolt action should be, a one-and-a-half shot (enough for two, but never three).

Thanks for the images and the written description, thank you very much!

Royal27 said:
So you can't even put two down and chamber a third? It is a two shot rifle?
Click to expand...

Might have to move this over to a RSM thread but I am not comfortable forcing the CRF extractor over the rim so to get a 3rd round in, it have to snap loose the floor plate and let it down just enough but not too much, hold the 3rd round down just right and then slide the bolt forward so it grabs it and then it will chamber... But when I do that, it acts like a non fixed CZ! Spits out the second when ejecting the first.

Now on the RSM Lott, the book says it is a 4 round, 4 will go down but with some force and then it wants to wedge feeding that 4rth... And it does not want to close on the 4rth round without chambering. However if I hold the 4rth round down half way and slide the bolt ahead and chamber the round, it work good and ejects and feeds flawlessly with the 2 brands I tried. Similar but with a tad more room than my 375 H&H and 416 Rem Mag Winchesters.

Those CZ's definitely have bigger boxes and the 505 Gibbs only takes 3 so it is no big surprise.

I have to dig up that video and thread on the various big bores shot in AK at the wood blocks. Pretty sure that was a 505 Gibbs RSM with the distinctive and satisfying "ca-clunk" as he cycled them through.

I'm going to try to call Ruger if I can get through and just see if they know anything about this. I've found them to be very busy but helpful in the past.

Just for comparison, here is a 416 Rigby bolt face on a Ruger RSM. Pretty big case as well but not a Gibbs! 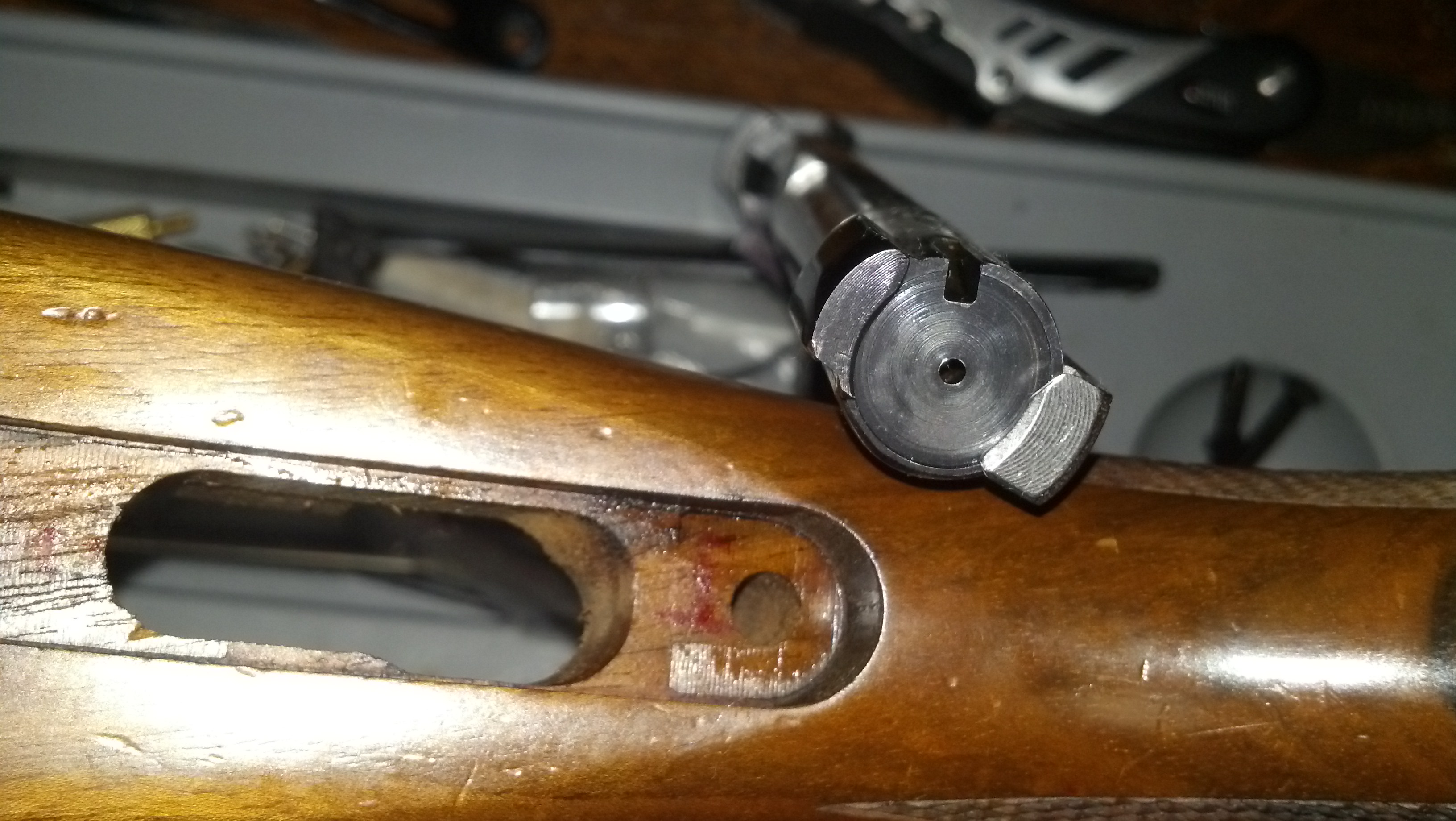 Watch the 375 RSM, and then the 505 RSM. The difference in recoil is obvious!

I have an action I am considering selling that will fit the 505.

I modified a CZ550 stock to fit it (still a little rough, and will need a couple spots filled to look pretty). I was going to build a 404J but now am strongly considering going back to my original plan of a 10.75x68mm on either a 1909 or HVA 640.
You must log in or register to reply here.