I’ve been back from my visit to Tholo for a week now and it’s going to take me some time to prepare a proper hunt report but I’ll call it a work in progress and this is the start.

Arrival
We were properly greeted at the airport by Tholo’s “inside man”, MT, as soon as we cleared customs. He had our luggage including my rifle loaded on a cart and walked us through the remainder of the clearing process then out to meet our PH for the week, Riaan Taljaard. Riaan is about as pleasant of a man as you can imagine and put up with all 20,000 of our questions on the ride to the property. He’s in his mid to late thirties and has spent his entire adult life as a PH. He knows his business and goes about it in a way that will have you smiling the entire time.

I knew we were in the right place when we saw two 50+ inch kudu and several gemsbok between the paved road and camp which by the way was several miles. Soon after settling in we made our way down to the social area of the camp, sometimes referred to as the bar. The campfire area was just outside and the Hippo Hole only a few yards away. After a couple of cold Castles I overheard something about a leopard. Riaan had heard a waterbuck snort a couple of hundred yards away and announced that the leopard must be on the way to the bait. To my amazement we all watched a young male leopard skirt the perimeter of the flood light’s coverage and make his way up a tree less than 100 yards from where we stood. After checking us out for a moment he started the task of finishing what was left of the ostrich drumstick that had been placed there two days prior. Tholo now had my full and undivided attention. This was an unexpected treat that we enjoyed each evening. In total we saw three different leopards, two of approximately the same size and a much larger cat of unknown sex however presumed to be a male. The only way we knew there were two smaller cats is that we had one in the tree and one on the ground simultaneously. Watching these magnificent animals on a nightly basis was almost worth the trip all by itself.

The animals
Below is a list of the species we saw and harvested. I was the only daily hunter on the trip however both of my observer companions eventually let temptation get the better of them. My father in law took a nice springbok and my good friend LC took a great kudu and a cull gemsbok. Note that I did not do a package hunt as I am not a fan. Also I am not the guy who has to take one of every animal on the property to feel like I have been successful on a safari. With that said there were many passed opportunities at good quality trophies, the list and pictures below are what appealed to me.
My only regret was letting a very nice warthog give me the slip not once but twice. He and his companions managed to find the thickest most ridiculous patch of bush in Botswana both times we saw them. We almost pulled off a small drive but when he came out of his little sanctuary he was zigging when I thought he would be zagging and I never got a shot. Until next time my toothy friend.


Notes and observations:
• I underestimated the cold of the Kalahari mornings and evenings and nearly froze to death the first two mornings and evenings.
• I also underestimated the sun during the cool of the fall and winter. I forgot/neglected to put on sunscreen the first couple of days. My debt? Two layers of skin from my face by the end of the week.
• I took a cycle of Malarone during the trip but never saw one single mosquito.
• No ticks. Not even on the animals. I still sprayed down daily as tick bite fever is no fun and this good ole boy ain’t takin no chances.
• I have taken all manner of gifts for trackers, PH’s, and general camp staff. Some very nice, some quite simple but none have ever made anyone as happy as the chocolate and candy bars I took this year. I took a bag of miniature Snicker bars and a bag of the assorted miniature Hershey bars and the frequent distribution these treats brought big smiles every time. Something we take for granted here in civilization is a rare and welcome treat for those that spend 95% of their time in the bush.
• Even though Tholo has a great selection rifles in a wide array of calibers. I took my own 300 RUM just because I prefer the satisfaction of using my own guns and handloads. 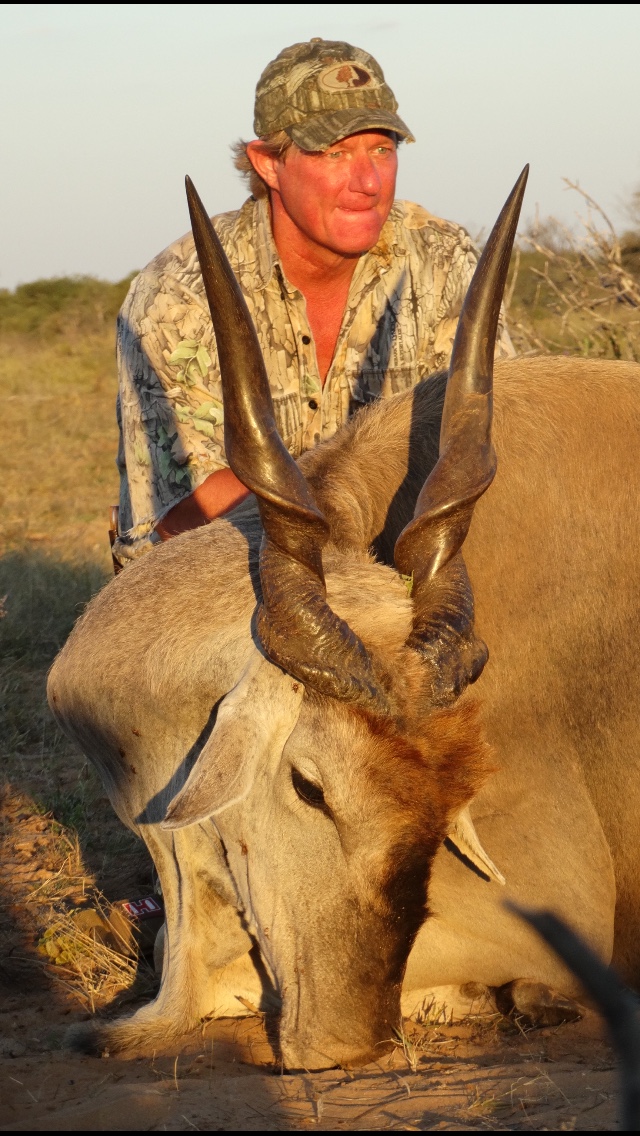 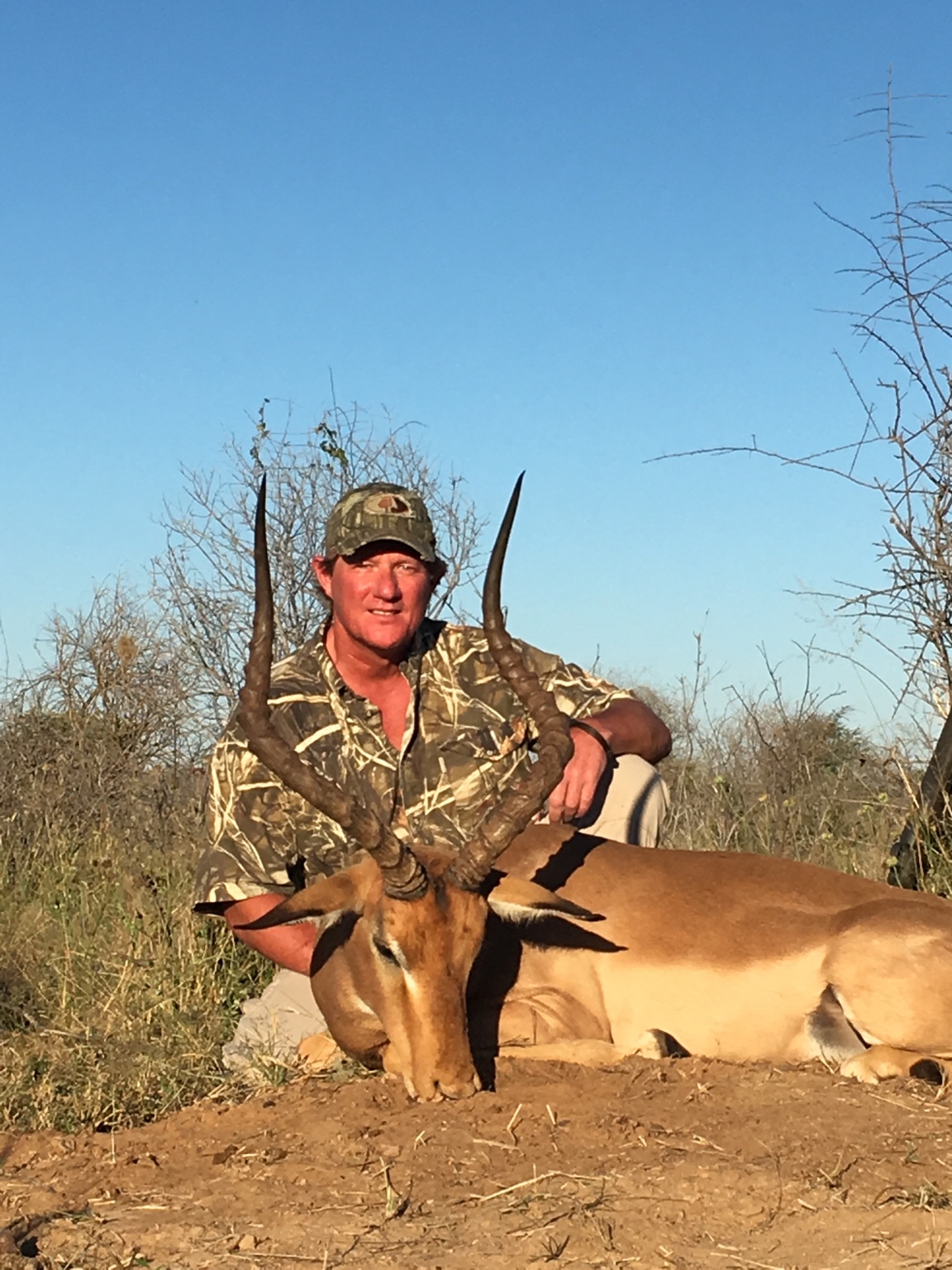 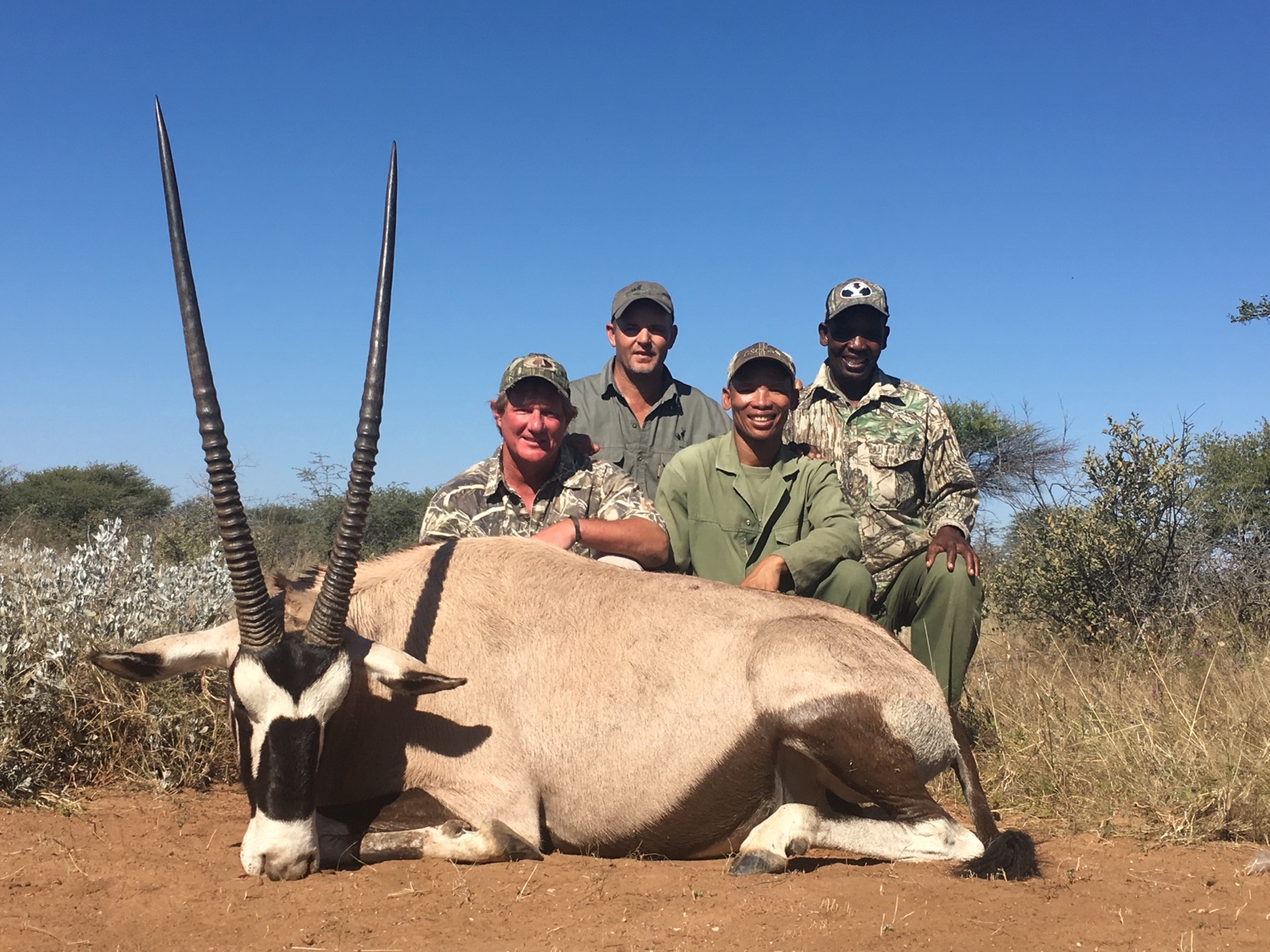 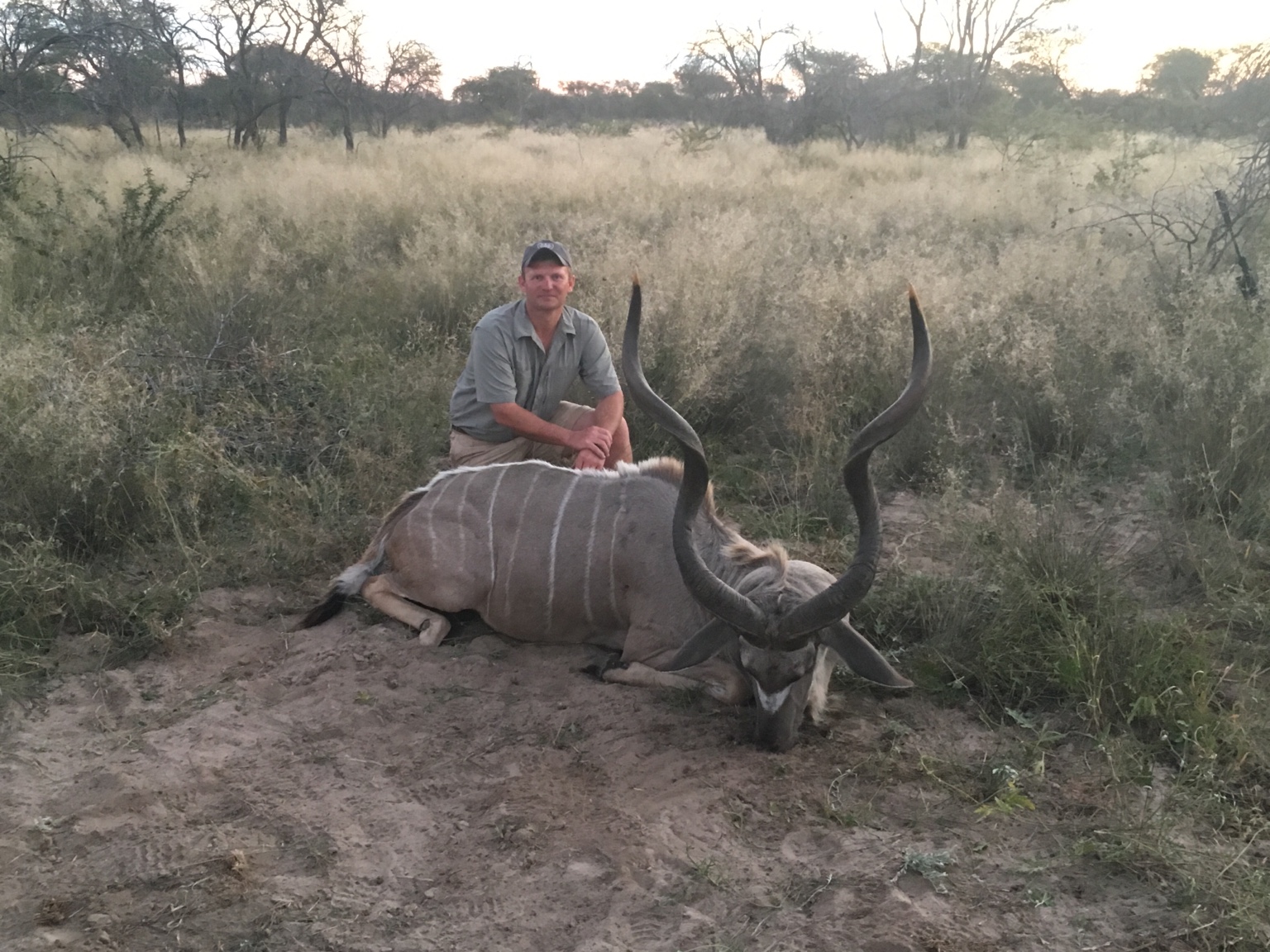 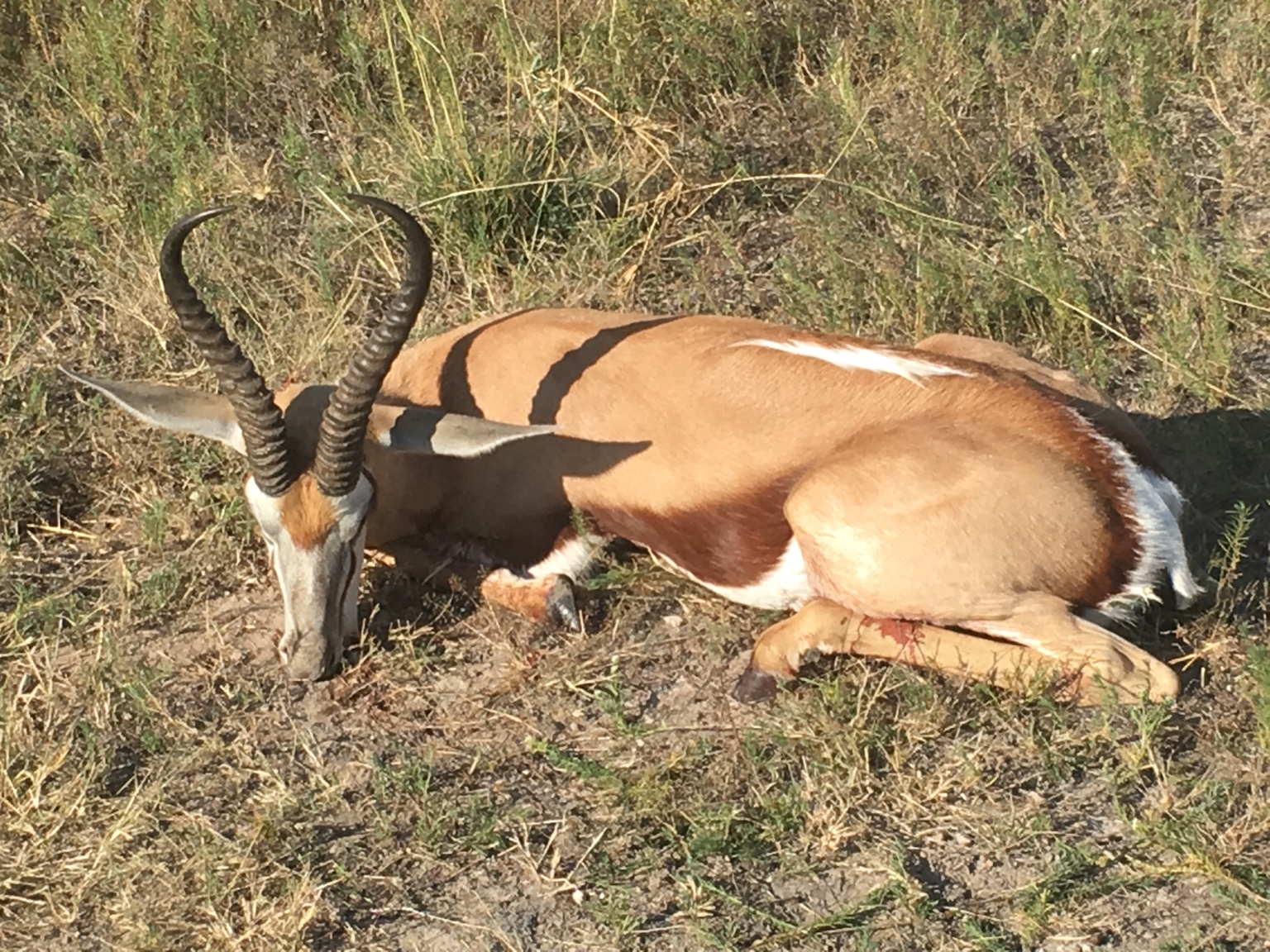 From the looks of your animals you had a good time. Tholo has been on my radar for a while. Looking forward to the rest of the story. Bruce

Love that Gemsbock
Be Yourself Everyone Else Is Taken

Congratulations on your hunt.
And here I am, returning to Africa of many faces;.... the sloe-eyed temptress with flowers in her hair who stole my youth and my heart, and left me an old man with a kaleidoscope of conflicting memories of many dashed hopes and some fulfilled dreams. E. Echols

Shooting a warthog is easy. Shooting a really good one can be just a bit tougher....
HUNTERS make importation bans work!

Nice trophies. Congratulations.
Tommorow is promised to no one. Go live your dreams.

Shooting a warthog is easy. Shooting a really good one can be just a bit tougher....
Click to expand...

I agree. I got off the truck three times for warthog during this trip, twice for the one I mentioned. Every time they headed for the worst patch of thorn you can imagine. We actually got to within 7 or 8 yards of my arch nemesis and all we could see was feet.

Congrats on the great animals taken! The pictures are beautiful and you I share the misfortune of never connecting on a big warthog!

Great report. Congrats on your hunt

Botswana is my favorite plce to hunt. Well done @gahunter

congrats on your hunt. looking forward to the rest of your report. I have a hunt booked with Tholo in 2018.

Love the eland. I long to return to Botswana.

Very nice trophies! Congrats!!!!!
You must log in or register to reply here.

D
BOTSWANA: Has Anyone Hunted With Tholo Safaris?
2

Feb 17, 2017
DTOdd
D
D
BOTSWANA: Hunt Of A Lifetime For Everyone With Tholo Safaris