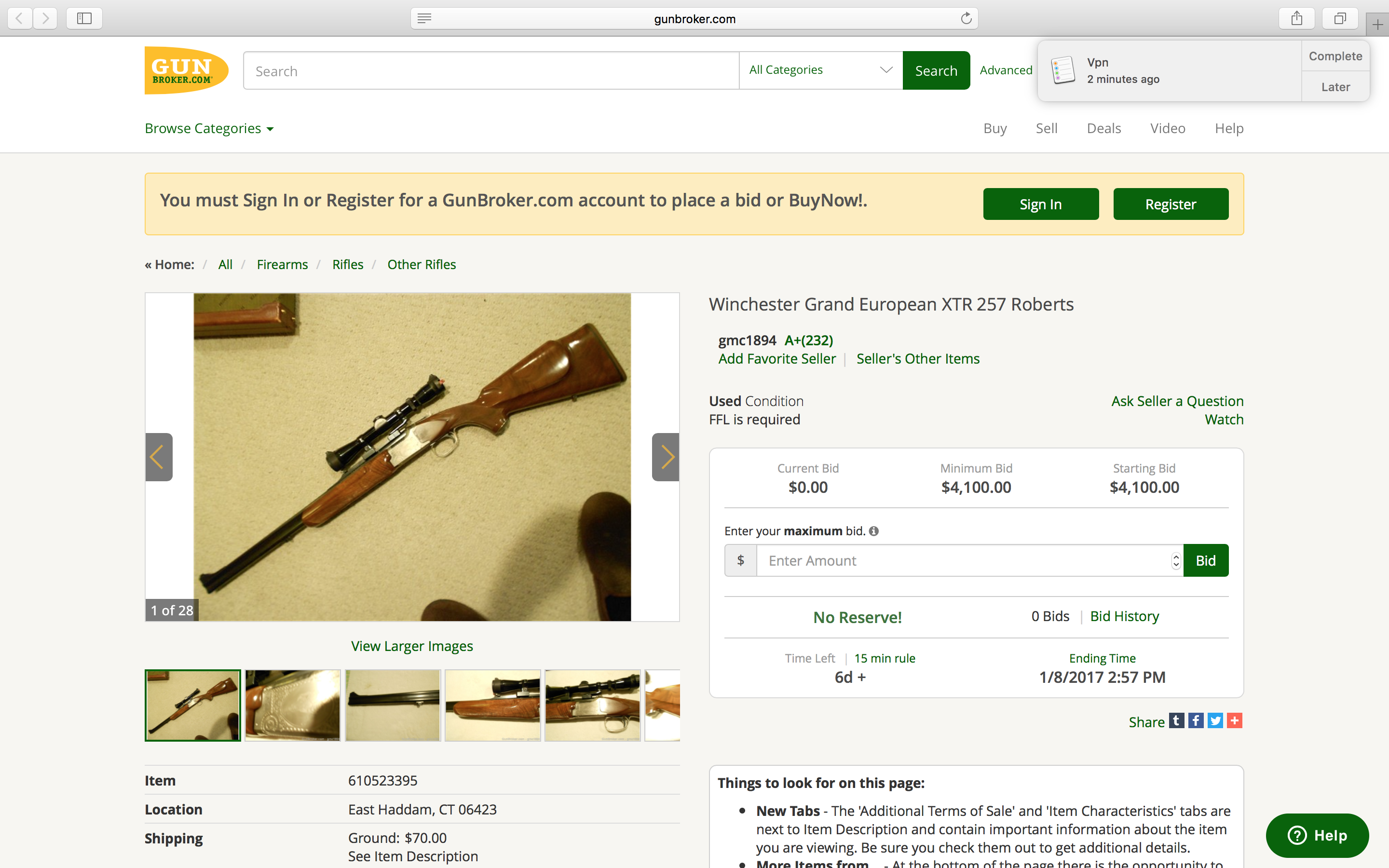 Thanks for all the input. Lots to ponder.
0

Looking at getting one of these myself. I’m likely going to order a Cooper in 257 Roberts. Kind of debating between that and the 25-06. Seems Hornady, Nosler and Federal as well as others, sell ammo so it doesn’t seem to be a big deal. Also Hendershots load a bunch of different options.

Any recommendations on twist? Seems the Cooper M54 comes with a 22in barrel. I’m also considering iron sights for redundancy as I’d like this to be my travel and pack gun but they don’t look great.

My father owns a 1962 Winchester Model 70 in .257 Bob. It shoots (believe it or not) the 117 grain berger VLD hunting bullets exceptionally well for a 50 year old gun. For hunting with it, scirocco, accubonds, partitions, TTSX in 100 grain or larger will take anything under 500 lbs if you put the bullet into the pump room. The only disadvantage to the gun is that it doesn't break heavy ungulate bone very well. But it would be fine on lightly boned black bear or deer/pronghorn/mulies and smaller plainsgame. The speer grand slams in the box are an ancient "premium" bullet but they work. They are not bonded but the jacket is heavy, mechanically locked to the core, and the core is two piece. The back half is harder than the front to arrest expansion. I have used the 285 grain grand slams in .375 and they work quite well although I prefer bonded bullets.

For a CRF rifle that is well made, sturdy, inexpensive and accurate, look for a Ruger M77 Mark II. I have one in 6.5x55 that has been heavily customized to look like it is an english rifle. But the platform is solid and if you look around you can get one in good shape for between $550 and $800.
"I am not a good shot, but I shoot often" - Theodore Roosevelt

Haven't bought any for a while, but Georgia Arms was making 257R ammo. Also Remington seems to be the most commonly found in southeastern Virginia, not that it is real common.
A

Really can not understand why Lipsey's, does not have a limited edition of 500 manufactured in a 257 Roberts, 7x57, and 300 H H in the M77 line. Their last limited exclusive of 7x57 are now going for a premium over MSRP. There is a market for these and someone is missing the boat in not meeting that demand. Would love for Tikka or Sako to try it. Put quality barrels and decent wood and they would sell very well. 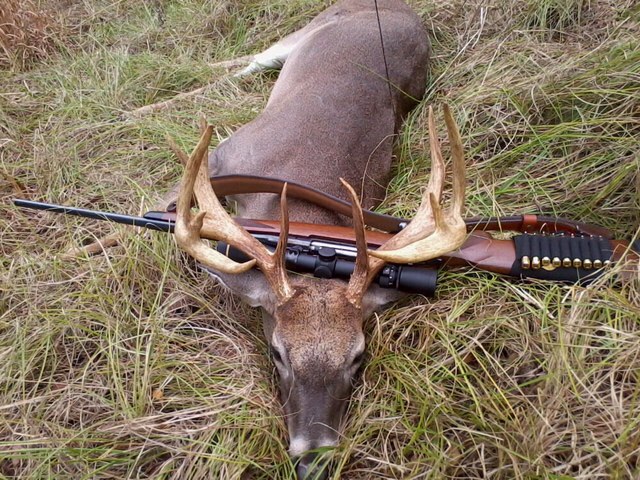 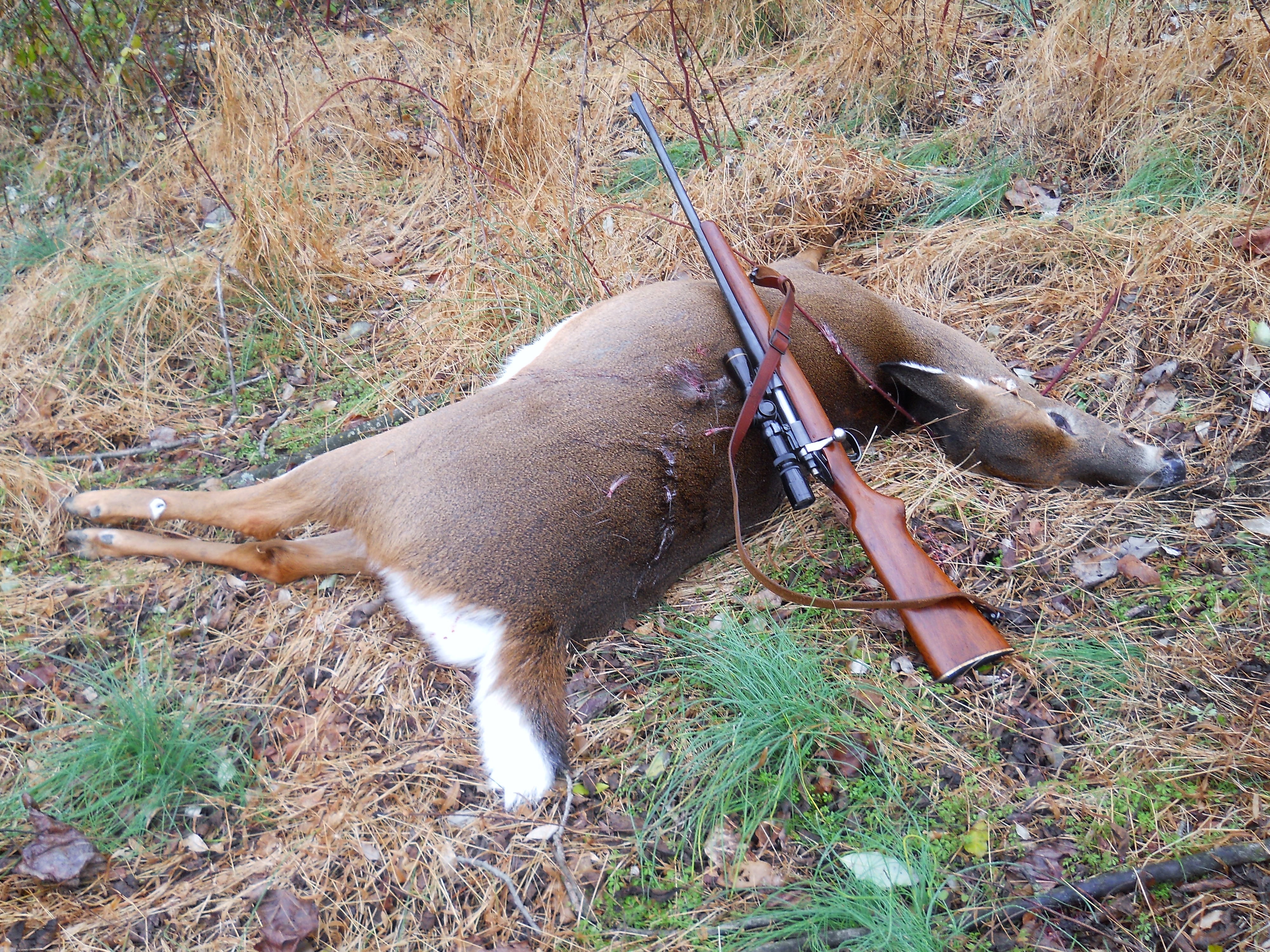 Finn fan said:
In process of saving for Africa (you know how that goes). I ran into an older gentleman getting out of reloading. I bought plenty that I could use for pennies on the dollar. Dies, bullets, powder, primers, etc.

However, he had a box labeled 257 Roberts. In the box there was a Redding 3 die 257 Roberts set, 200 plus pieces of brass (some virgin some once fired) and about 600 premium hunting bullets (Nosler, Speer Grand Slams, etc,) . Turns out some misguided soul bought his 257 and didn't want the reloading stuff. He said I could have it all for $75. So its mine.

I always wanted a 257 and this seemed like a way to back into one. I was thinking about attempting to build one with a Howa 1500 short action. My gunsmith maintains that the Howa short action is really an intermediate action and would be perfect for the build.

Not sure I am going forth with the project but I am doing the research.

EMehrer said:
I love my 257 Roberts. I have a first year of production Remington. I have used it in South Africa on one of my hunting trips. It performed very very well. Klipspringer at 235 meters, Zebra at 180 meters, and Duiker at 105 meters. I used 117 grain bullet loaded to 2760 fps
Click to expand...

I have hunted in Africa with my .257. Took a zebra, nyala, and diker. My favorite African rifle is a .35 Whelan. I have taken about 25 animals with it. Next trip l plan to use my 45-70 side by side on buffalo and hippo.

EMehrer said:
I have hunted in Africa with my .257. Took a zebra, nyala, and diker. My favorite African rifle is a .35 Whelan. I have taken about 25 animals with it. Next trip l plan to use my 45-70 side by side on buffalo and hippo.
Click to expand...

@EMehrer
Have you checked out the other posts on the Whelen. They are great. If you are able to load your Whelen properly you will have a hoot.
A 250gr Speer hotcore at 2,700fps out of the Whelen is unreal.
Bob

Not sure if I mentioned this earlier, but the .257 Roberts is like the 6.5x55 swedish in that it has two different cartridges.

In a quality mauser or pre-64 model 70 action, the +P Roberts load is quite formidable. The concern is low-quality actions using the hotter load, just like the old Krag-Jorganson rifles shooting 6.5x55.
0

EMehrer said:
I have hunted in Africa with my .257. Took a zebra, nyala, and diker. My favorite African rifle is a .35 Whelan. I have taken about 25 animals with it. Next trip l plan to use my 45-70 side by side on buffalo and hippo.
Click to expand...

Was your 257 that you took to Africa a Roberts? Or Weatherby?! I ended up getting the Cooper and have taken whitetail, Axis and hogs. Great caliber!

I was long intrigued by the .257 Roberts. I had taken a few deer and antelope with the .25/06 in both rifles and handguns and liked the .25 caliber. I’m not a fan of super lightweight rifles but the Kimber Montana was available in the Roberts so about eight years ago I purchased one. It is a bit finicky about what it likes but the 110 gr Nosler Accubond and the 115 gr Barnes TSX give the best accuracy and both have performed well on deer.
S

The .257 Roberts can be duplicated with the 6.5x57 Mauser shooting 120gr bullets.
I guess its a USA vs Europe thing then.

Awesome buck, great picture
Paul Truccolo.
You must log in or register to reply here.