Zuma to quit within days?

interesting news coming out of RSA.

Mr Ramaphosa, who heads South Africa's governing party, said both he and Mr Zuma understood the need for a speedy resolution.

He said the pair aim to conclude talks on the president's future within days.

It is being seen as the first confirmation that Mr Zuma will step down shortly.

The 75-year-old president is facing extensive corruption charges after a turbulent nine years in power.

He has faced increasing pressure to quit since December, when Mr Ramaphosa replaced him as leader of the ruling African National Congress (ANC).

Mr Ramaphosa said direct talks were an opportunity to reach an agreement without spreading discord or division.

The ANC said they had been "fruitful and constructive discussions".

An urgent Wednesday evening meeting of the party's top leadership - which has the power to unseat Mr Zuma - has been pushed back to 17 February.

Opposition parties are demanding a vote of no-confidence to remove the president.

The Nelson Mandela Foundation has also urged him to step down.

South Africa had seen "systematic looting" under Mr Zuma's rule, and he "must go sooner rather than later", it said in a statement.

How has parliament reacted?
On Tuesday, South Africa's parliament took the extraordinary step of postponing Thursday's state of the nation address.

The address is always made by the sitting president, and is the political event of the year in South Africa.

Parliament cancelled it out of concern over "calls for disruption", according to Speaker of the National Assembly Baleka Mbete.

Mr Zuma's office said in a statement that "the president has requested the postponement due to certain developments".
Last edited by a moderator: Feb 8, 2018 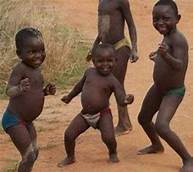 If they don't replace him with another clone!

BRICKBURN said:
If they don't replace him with another CLOWN!
Click to expand...

Fixed it for ya.

BRICKBURN said:
If they don't replace him with another clone!
Click to expand... 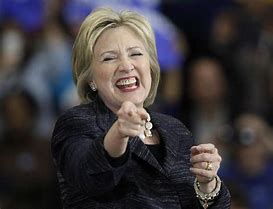 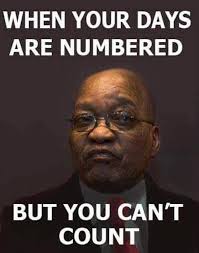 Meet the new boss, same as the old boss.

We can always hope

If this is the collective wisdom and intelligence of the voters or whoever put this retard in office, there is little hope for RSA.
"Every man dies. Not every man really lives". William Wallace

Hogpatrol said:
If this is the collective wisdom and intelligence of the voters or whoever put this retard in office, there is little hope for RSA.
Click to expand...

The same guy who has "prevention" for HIV, just take a bath.

interesting news coming out of RSA.
Click to expand...

wesheltonj said:
The same guy who has "prevention" for HIV, just take a bath.
Click to expand...

He must be a true man of science to issue that statement.

wesheltonj said:
The same guy who has "prevention" for HIV, just take a bath.
Click to expand...

By that standard, Cape Town is in more trouble than we thought with thier looming water crisis.

rinehart0050 said:
By that standard, Cape Town is in more trouble than we thought with thier looming water crisis.
Click to expand...

He says he's not going anywhere and they will have to force him out.

#ZumaExit: ANC to kick Zuma out

The ANC is going to remove Jacob Zuma from the presidency in a few days, after his conditions for his resignation were rejected, according to Umkhonto we Sizwe sources.

The party’s MPs are to be asked to introduce a motion of no confidence in Zuma in Parliament later this week, which is likely to succeed.

This after his conditions were reportedly rejected by ANC president Cyril Ramaphosa, including:

That Zuma take Ramaphosa on a tour to Africa and the world to introduce him to leaders, because he is not known.

Zuma needing three months to wind things up before he can resign.

There must be no reshuffling of the cabinet and no new appointments of directors-general.

According to our information, Ramaphosa ended his negotiations, or “talks to manage the transition”, with Zuma and called an urgent meeting of the ANC’s Top Six (president, deputy president, chairperson, secretary-general, deputy secretary-general and treasurer) to report to them on the impasse.

That is why Top Six members who had been scheduled to visit various communities and institutions in Cape Town to mobilise at the weekend for the Mandela Centenary launch at the Grand Parade yesterday had to cancel, and to return to the ANC headquarters at Luthuli House in Johannesburg.

There Ramaphosa briefed them on Saturday on his rejection of Zuma’s conditions for his resignation.

The Top Six backed Ramaphosa fully and resolved that there was no longer any point in continuing to “manage the transition” with Zuma, and that he should therefore go.

The ANC leadership then decided to bring forward a national executive committee (NEC) meeting scheduled for Saturday to today.

The Top Six is to propose to the NEC that the party’s members of Parliament be asked to introduce an urgent motion of no confidence in Zuma in the National Assembly within days. It is likely to be carried because many previous diehard Zuma backers in Parliament have publicly jumped ship and openly declared support for Ramaphosa as the new president of the ANC.

An NEC member who is also an MP said most members in the structure were prepared to back Zuma’s removal. “This meeting is long overdue and everyone knows what we have to do, especially now that we know that the man has no genuine interest to go. The (ANC parliamentary) caucus is also prepared to facilitate Zuma’s departure.”

Ramaphosa told the rally at the Grand Parade the ANC NEC would finalise the matter in the interest of the country, not an individual.

Once Zuma is out, the book is likely to be thrown at him over the many charges of corruption levelled at him.

Ramaphosa was resolute, telling the rally: “We will wage a relentless war against corruption. Nelson Mandela was totally committed against corruption, theft and robbery of the assets of our people. We will continue with his legacy of fighting corruption and will make sure that those who are corrupt and steal from the poor are brought to justice.

“That is what Mandela would have wanted. By so doing, we will continue to uphold Nelson Mandela’s highest values, great integrity and commitment to serving his people unconditionally. That is his legacy.”

Ramaphosa said the ANC was determined to rebuild the confidence of the people, and to restore the credibility of those elected to serve.

“We will put the interests of you, the people of South Africa, first. To do so, we will draw deeply on the wisdom of Nelson Mandela,” he said.
Last edited by a moderator: Feb 13, 2018
"Every man dies. Not every man really lives". William Wallace
You must log in or register to reply here.

L
Zuma Corruption, there is a God
2

L
It is going to get sporty in SA
2