C.W. Richter said:
What did you say?? When was the last time you opened it?? I have 2. 1 is used frequently and the other not so much-that one was a challenge until i made the combos very unique rifle calibers-much easier to recall than just a bicycle lock number! (one was prev. my g/fs measurements-but she keeps changing it on me!)
Click to expand...

@C.W. Richter
Mate my gun cases and trigger locks all have the one combination. My favourite caliber. Every one on this sigh t now probably knows it.
No @CoElkHunter and @CHB it isn't 243.
Bob
C

Bob Nelson 35Whelen said:
@CoElkHunter
A mate of mine forgot his combination but could open his safe with a key. Only problem he had misplaced the key.
When I asked him if he had a spare key somewhere safe he replied with a stupid grain on his face.
You guessed it he had locked it in his safe so he wouldn't lose it.
Some people you have to wonder about.
Bob
Click to expand...

I'm not on MarxistBook, so I screen shot this from my wife's I Pad: 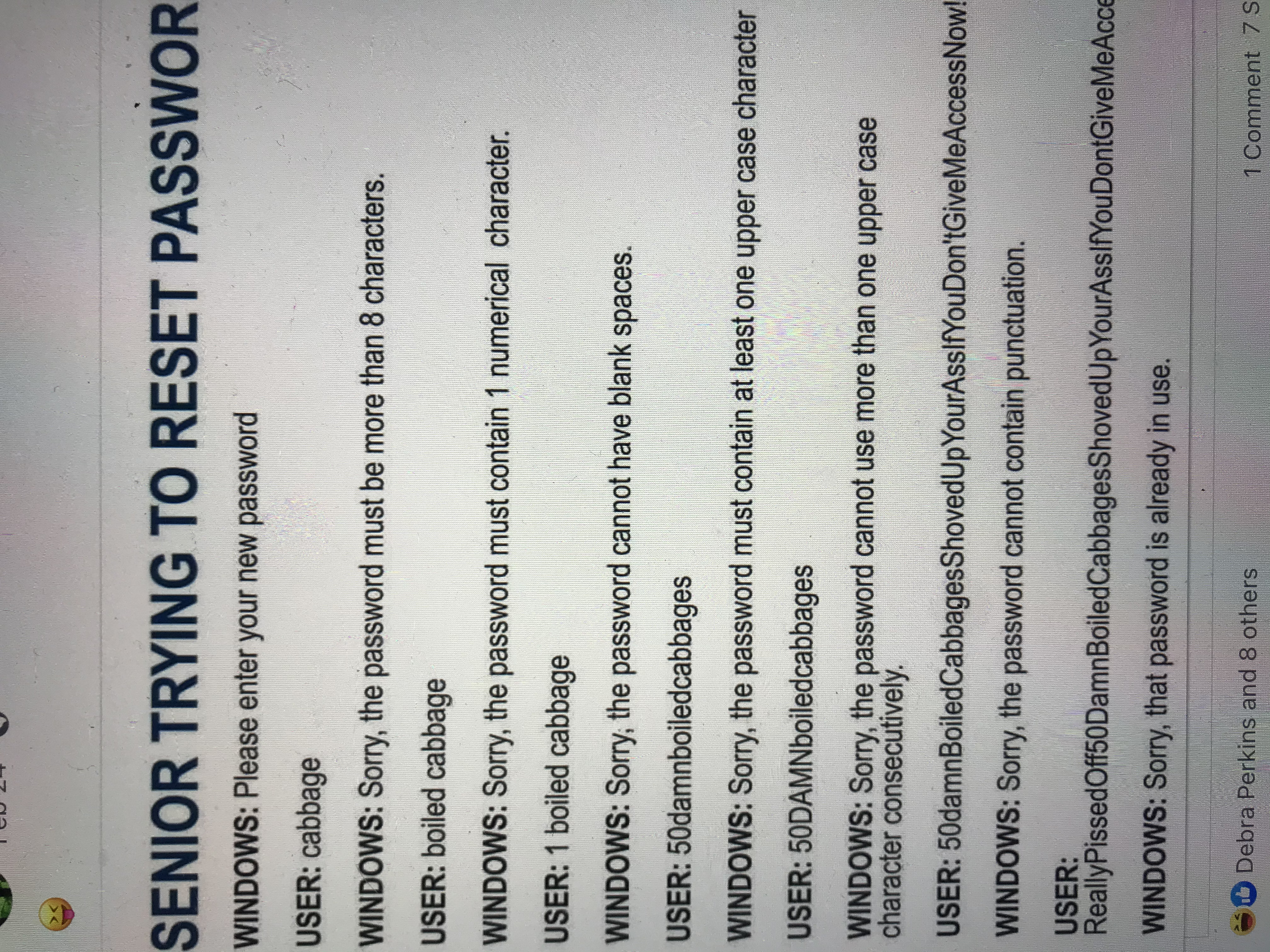 Kevin Peacocke said:
I am no psycologist, but mind workings interest me a lot. For sure subconcious auto responses like you describe are very fragile and seem to be the first to go. Try not using your computer for a month and see how elusive that password becomes! I suffer exactly that with my internet banking codes, it's a buggar. You have to somehow committ the process to the cognitive side, associations are the easiest, like a little rhymes. Duh, we all know this, but we dont do it!
Click to expand...

easiest way to deal with that is to use a password vault, like LastPass or KeePass. Both free. Then the only password you have to remember is the one to the vault. I probably have 500 online accounts. I don't know the passwords to any of them, because they're all 15 to 50 characters in length, and are random strings of gibberish.

I'm in the IT security biz, and rely on vaults heavily, both at work and for personal use.
"Only accurate rifles are interesting." -- Townsend Whelen

Bob Nelson 35Whelen said:
@kevin Peacoke
I have no problems with online pass words and other passwords, they are ALL THE same. I always forget so if any one asks my pass word I can simply say I forget. Works all the time but I do get some funny looks until they see it on their screen.
Bob
Not my real pass word but along similar lines
Click to expand...

Smart!
Carruthers
You must log in or register to reply here.