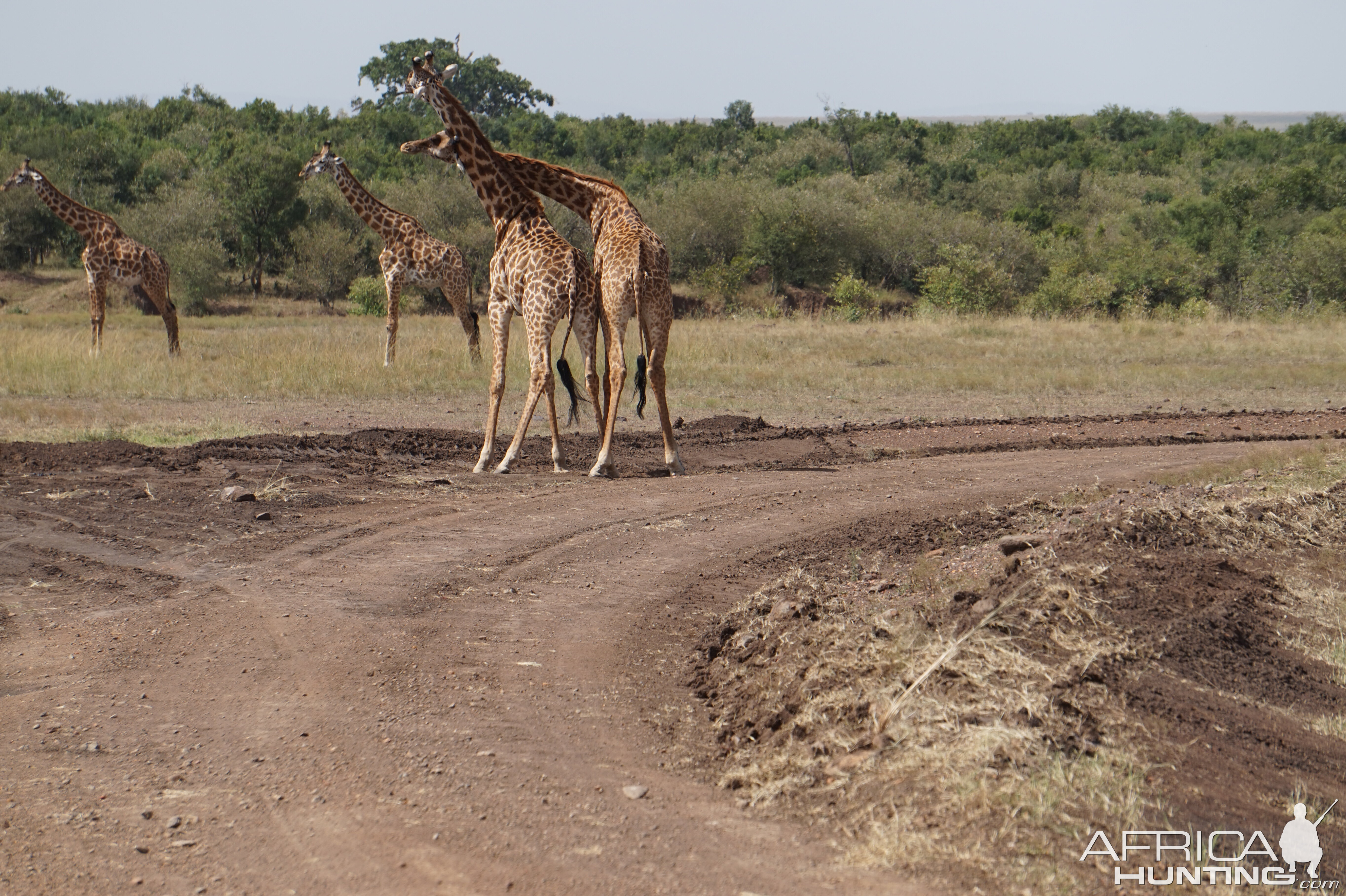 Unlike lions and rhinos, the world’s tallest animal is grossly understudied, with very little known about it, including its distribution in Africa. Until recently, maps of where giraffes occurred had been based largely on crude estimates and some guesswork.

Now, by combining the latest data from on-the-ground and aerial surveys, following movements of GPS-tagged animals, consultation with experts, and reviewing the scientific literature, researchers have produced a series of giraffe distribution maps in a new study, which they say presents a more accurate picture of where the giraffe lives. As it turns out, around 70 percent of the giraffe’s range occurs outside government-managed protected areas, the study found.

The previous giraffe range maps were published by the International Union for Conservation of Nature (IUCN) in 2016. Although recent, those maps weren’t based on the most up-to-date and accurate data on the animals, Jenna Stacey-Dawes, a co-author of the study and researcher at San Diego Zoo Global, told Mongabay.

“Just looking at the range maps that existed for reticulated giraffe, which is the species that our project focuses on in northern Kenya, we realized that the IUCN maps weren’t showing exactly where giraffes are occurring in northern Kenya,” Stacey-Dawes said. “Historic maps for giraffe vary wildly from source; they’re just really inconsistent. So as a group, we decided that for giraffe conservation to move forward, it’s really critical to have these updated and accurate range maps to understand where giraffes are occurring, and if their range is decreasing in the future, or if they’re moving into new areas.”

“Why the taxonomy hasn’t been accepted by IUCN has more to do with people and politics than it has to do with science,” Julian Fennessy, co-author of the study and co-founder of the Giraffe Conservation Foundation, who also co-authored the studies revising giraffe taxonomy, told Mongabay. “We look at the best science to support our conservation actions on the ground and we’re pretty confident that the science says it all.”

Considering the giraffe as four separate species matters for conservation.

“Conservation is done at a species level, so by identifying the different species, we can escalate them to the proper conservation level that they deserve,” Fennessy said. “If we or the IUCN was to undertake a new assessment, looking at four species, three of the four species [northern, reticulated and Masai] would be listed as endangered or critically endangered.”

The researchers used a variety of data, including those from large-scale aerial surveys such as the Great Elephant Census (GEC) designed to count African savanna elephants (Loxodonta africana) and other large mammals, including giraffe. By doing so, they produced what they call the “most comprehensive and accurate” maps for where giraffe populations live in sub‐Saharan Africa to date.

Since the new maps depend on more reliable and rigorously collected data, they cannot be compared with previous known distributions. The updated maps will, however, serve as a baseline from which conservationists can now start monitoring changes in giraffe distribution in the future, the researchers say.

The latest maps, for example, show that the northern giraffe’s populations occur in small, fragmented populations. Their decline, the researchers say, has been driven largely by the loss of habitat. The maps also show an expansion in the distribution of the reticulated giraffe than previously thought, but this is probably because of improved monitoring and data collection.

The maps also reveal that, on average, around 70 percent of giraffe distribution occurs outside of what the researchers term as “government managed protected areas,” or formally protected areas like national parks. This means that most giraffe populations live on community lands, sharing space with livestock and people.

“Government managed protected areas setting aside pieces of land for wildlife is critical, and that’s really helpful for preserving habitat, but to really conserve giraffe we will have to work directly with the people that are living alongside these animals,” Stacey-Dawes said. “That’s kind of the model that we’re working with in northern Kenya with reticulated giraffe where over 95 percent of their distribution occurs outside these formerly protected areas.”

For four countries, including eSwatini (formerly Swaziland), Namibia, Somalia and South Africa, the researchers weren’t able to get sufficient data. In Somalia, this is because there hasn’t been any systematic survey on giraffes due to ongoing conflict and insecurity, Fennessy said. In Namibia and South Africa, which have some of the largest populations of giraffe, there is another challenge: most giraffes live outside protected areas on private land, from where getting an accurate count is especially hard.

“There is a whole bunch of reasons behind that,” Fennessy said. “In these countries, giraffe is physically owned by owners of those private land and they don’t want to expose all of their assets. Some people feel there is a sense of spying on them, there are tax implications … they just don’t want to share all that information. We’ve been trying to slowly get a little bit of information and extrapolate but it is definitely challenging.”

There is greater attention on the giraffe today, and the researchers hope that through more monitoring and collaborative efforts, they will be able to better understand the tall mammal and help conserve it.

“It almost feels like you’re building from zero,” Stacey-Dawes said. “There’s not much existing literature on giraffe, so a lot of the research that’s being done right now is just to answer those basic ecological questions about giraffe social structure, habitat preference. There are things that we still just don’t know about some giraffe populations.”

I remember when I saw my first one in the wild, I could never shoot one. 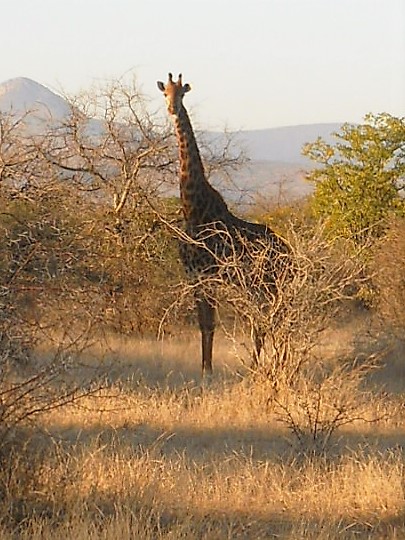 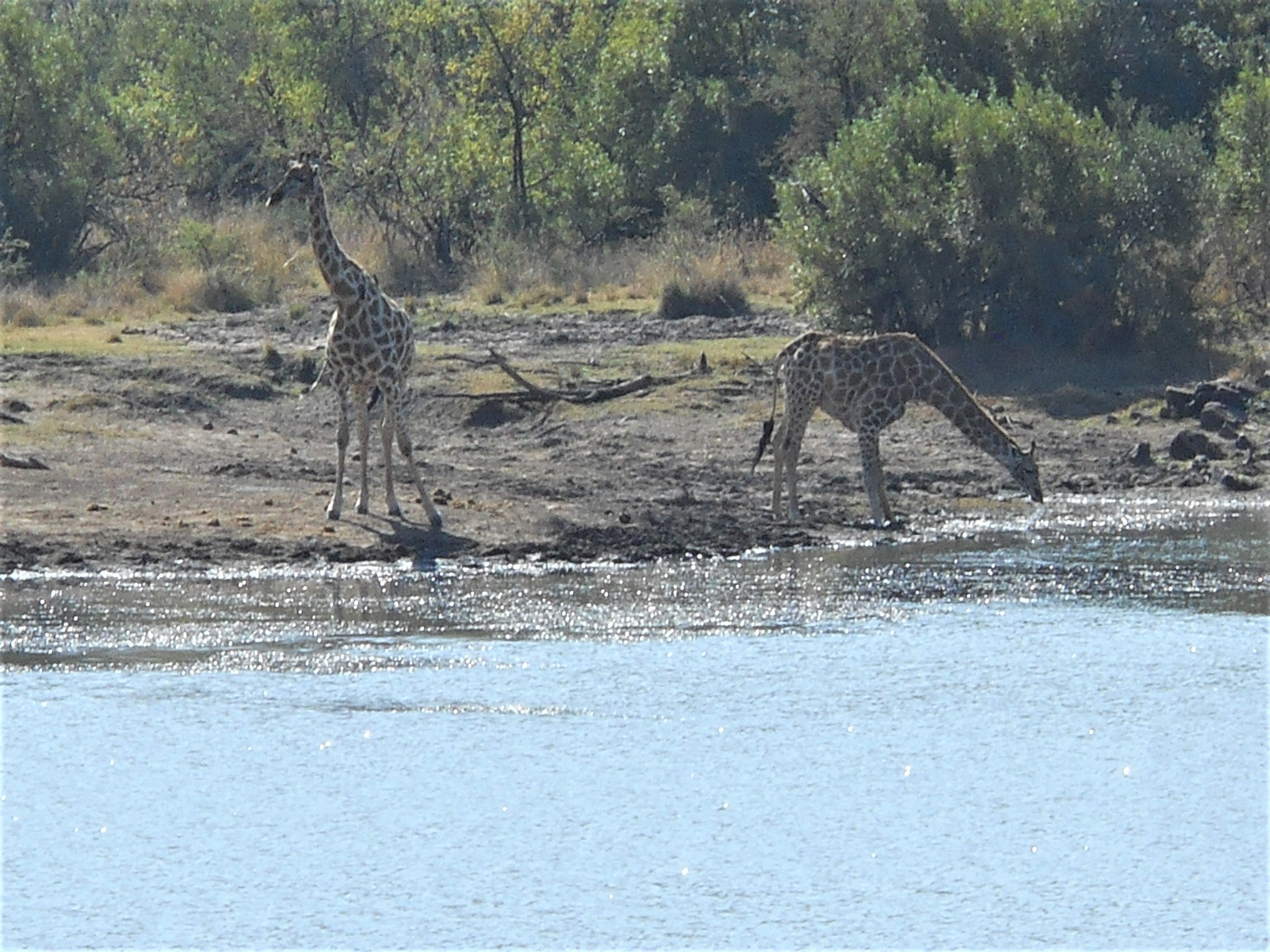 I want to shoot one but it’s the only animal my wife says she won’t allow in the house.... so if we have to draw the line somewhere I guess I can live with not
-"You don’t hunt turkeys because you want to; you hunt turkeys because you have to." —Tom Kelly
-“Look deep into nature, and then you will understand everything better.” — Albert Einstein
-"Accept the challenges so that you can feel the exhilaration of victory." George S. Patton

Wife and I each got one in Namibia this year..Pretty good eating...Area had over 300 and 100 needed to go or the whole batch of 'em gonna starve..It was a very thrilling hunt.

Interesting that most live outside of parks and protected areas.
You must log in or register to reply here.