My Leopard Hunt in South Africa

Member of
Just one shooting range..

My Leopard Hunt in South Africa 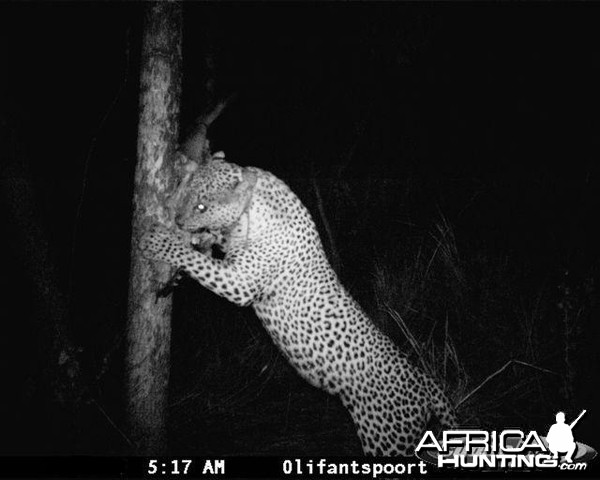 A friend e-mailed me after I got home from another African adventure and wanted to know what happened with my leopard hunt with with Motsomi Safaris in South Africa (www.motsomi.com). The one I was so excited to have gotten a tag to hunt for. As most hunters who have been to Africa know there are more leopards then tags in some areas. And getting a coveted tag is not easy.

This is an off the cuff replay to my friend, along with some pictures. I hope you enjoy this little story.

But if you read all the way to the bottom and see the collage, NOT a bad trip all in all... just no Mr. Spots.

Now you did it Jeff... you brought a sore spot back out in the open. Just kidding, you’re right though, you didn’t see a leopard in the pictures of our recent trip to Africa. If I had gotten one of the three leopards we were hunting I would have taken out a full page add in the Wall Street Journal. I’ve never worked so hard to do nothing in my life. Again, Pieter and Company went all out. They had a female on bait when we arrived. We waited a few days until a male showed up. Then they hurried and built two blinds at right angles to the bait tree, cleared a shooting lane from both, and cleared a walking lane to each as not to make any noise getting into the blinds. Two were made in case of wind change. 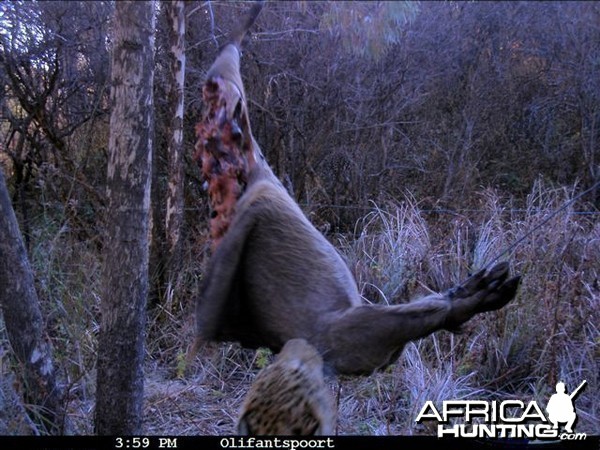 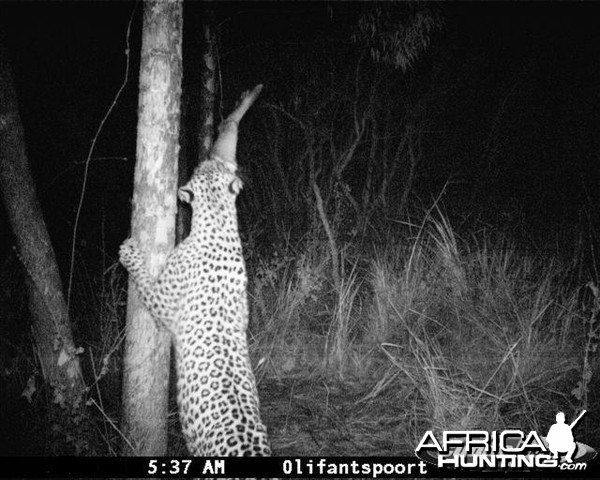 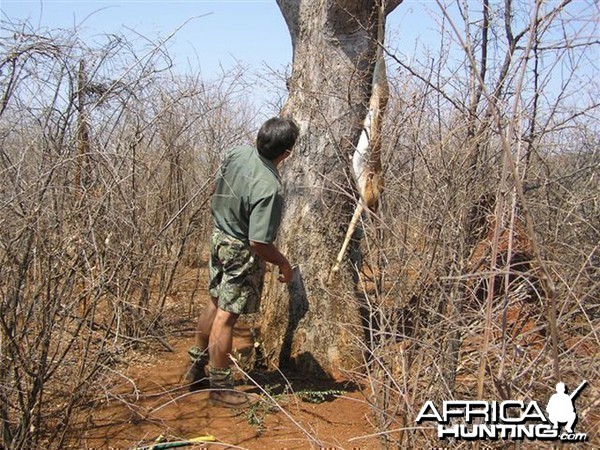 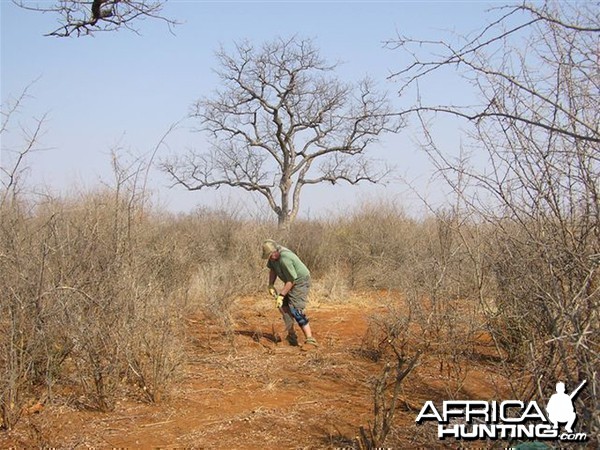 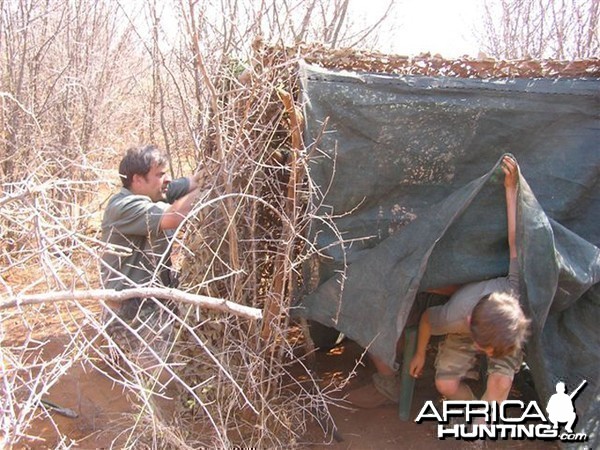 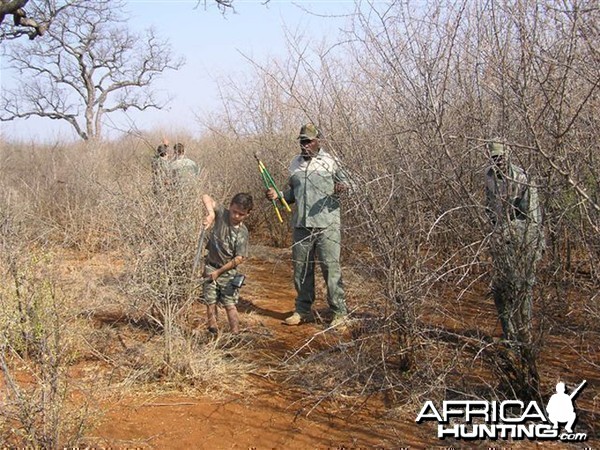 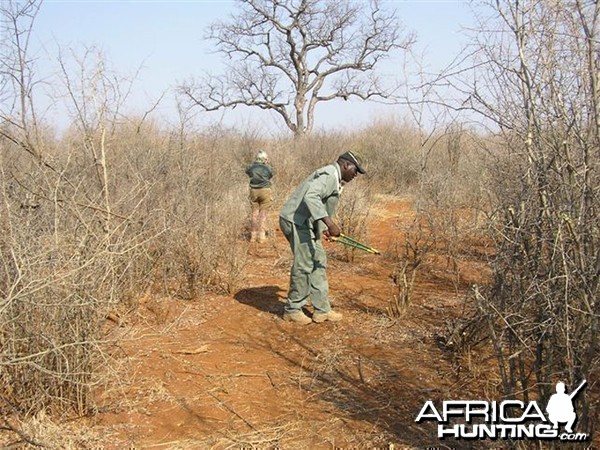 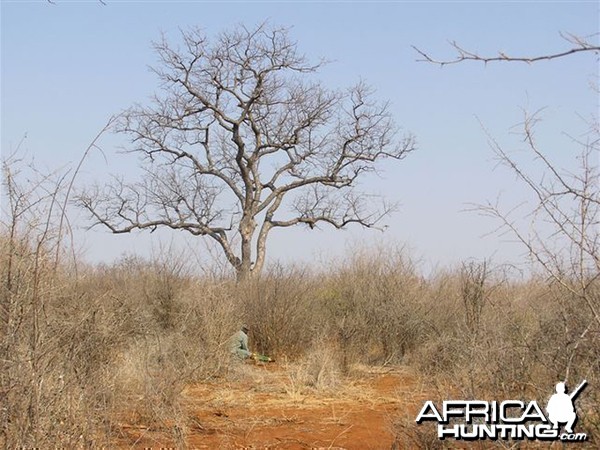 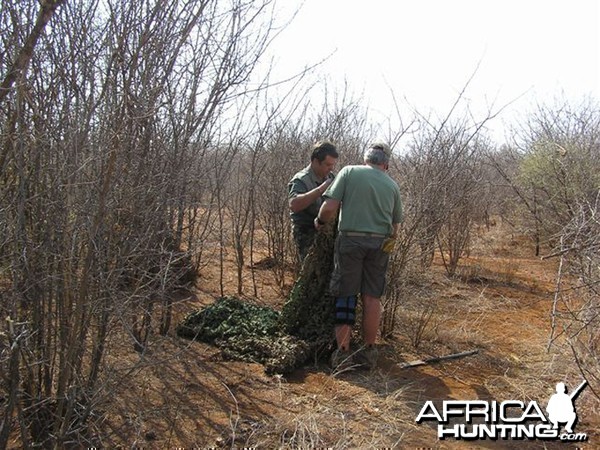 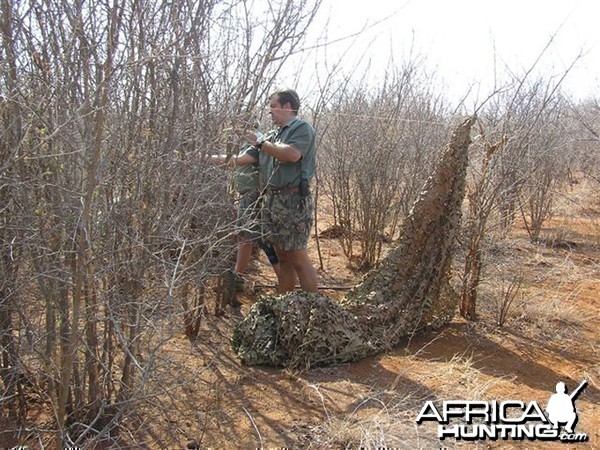 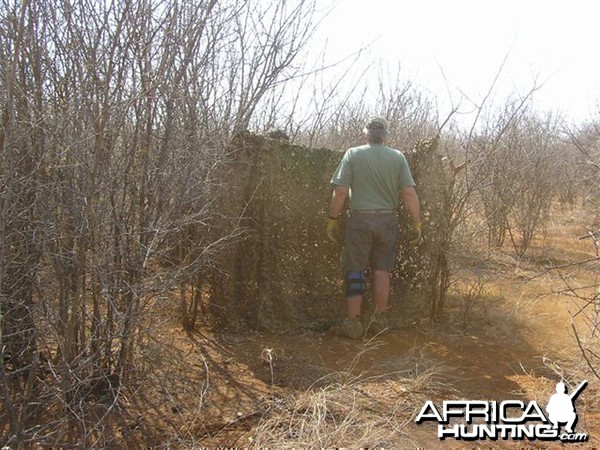 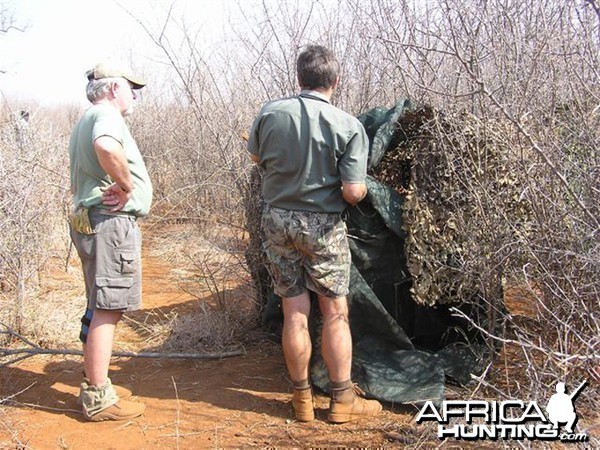 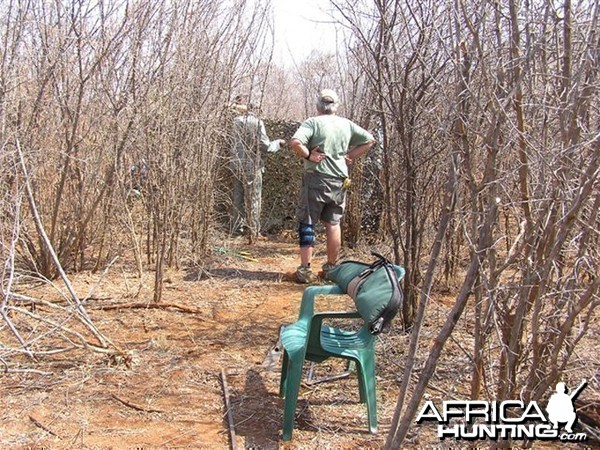 We let the area calm down and the leopards were working it! Adrenaline time! So we went into the blinds from 8 to 12 hours at a time, depending what day and how long I (and not just me) could sit absolutely still. Not one cough, sneeze or pick your nose was aloud. Not moving was the hard part, along with the temperature chance. Going into the blinds in late afternoon it was 94 deg. on one day and in the evening when they had to pry me out, it was 44 deg. It’s hard dressing for that kind of change. 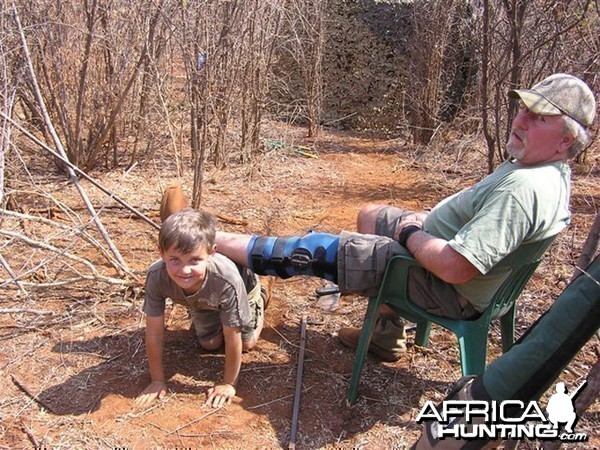 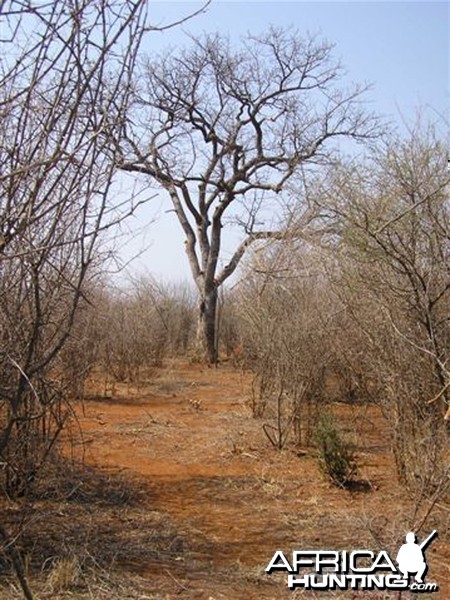 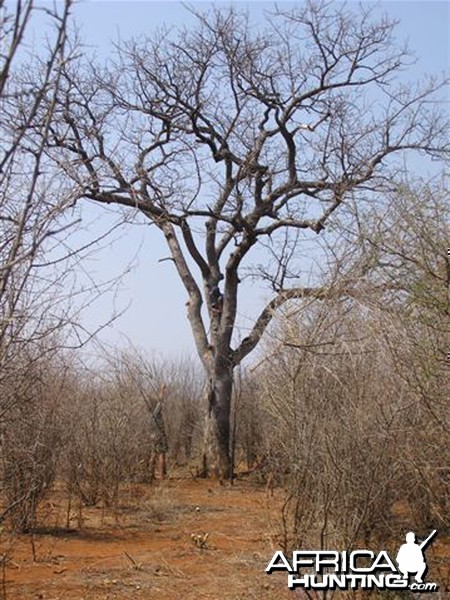 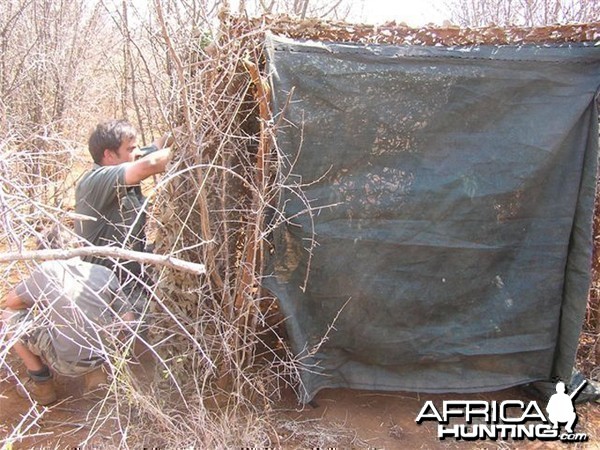 We were very close to making the deal when hyenas and a new animal that I now hate called a Honey Badger came in. Not just one but a pair of them... Leopards are bad asses… but they’re not dumb. They will not fight Honey Badgers for the food. They’ll just leave it to them and find something else to eat. 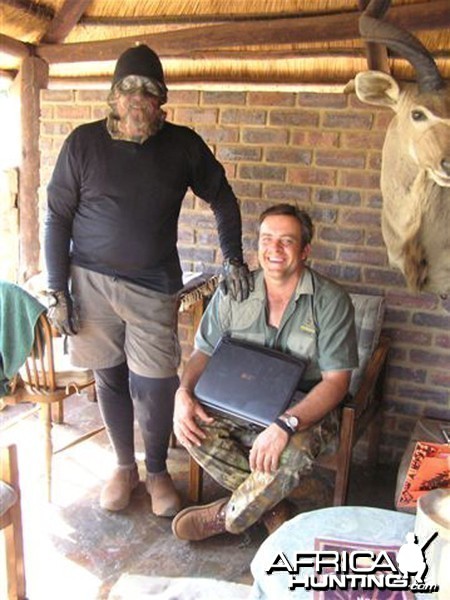 Even with the time consuming leopard hunt, we (my wife, now called Sheena, and I) had a great time and were able to get some amazing trophies with Pieter, and his other PH, and his little son PC. Just to add to the equation, I had a brace and a cane because I broke my left knee in 14 places and my right wrist in 4 places, 5 and a half weeks out from going...

I can’t explain in words how well they took care of my wife and me.

Move to Leopard hunt #2...
Our leopards, like Elvis, left the building. So Pieter put the word out on the local drums. He received a fast response from a person they know that had a leopard that was killing their game close to their house. They needed our help. WOW !!!! Tarzan to the rescue. 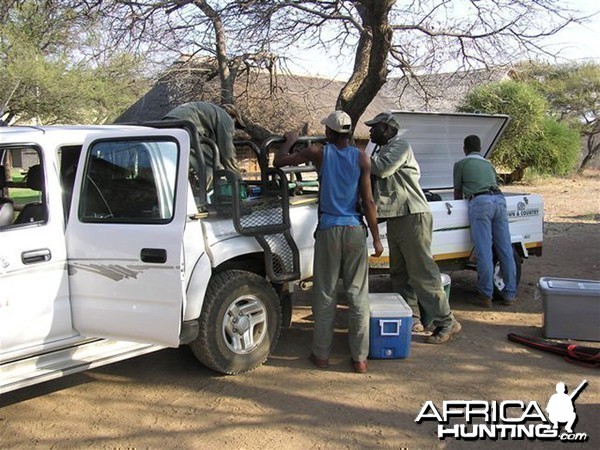 It was like a Chinese fire drill for an hour and a half from the phone call till the cruiser and a trailer was full to the top, and the team (Pieter, Sederick the tracker, my wife, and I) were on the way to places unknown. Now the fun part… no more than a half hour from the base camp Pieter got a call. He stops the caravan and gets out and is talking and waving his hand and pacing back and forth along the side of the road. He gets back into the Cruiser says something to the tracker in mombo jumbo and then tells us “change in plans”. We have a monster male leopard close by that has been killing someone’s prize cattle and has just made a fresh kill. Tally Ho! We arrived at the most beautiful farm/ranch you can imagine. We were greeted by the owner who showed us where we were to stay and where he last saw the dead calf in a tree. In a matter of hours the calf had been removed from the tree (in broad day light) and taken across a dead fall and a stream and into the mountain side. This is where Pieter, and Sederick looked for fresh spoor of this huge male leopard. 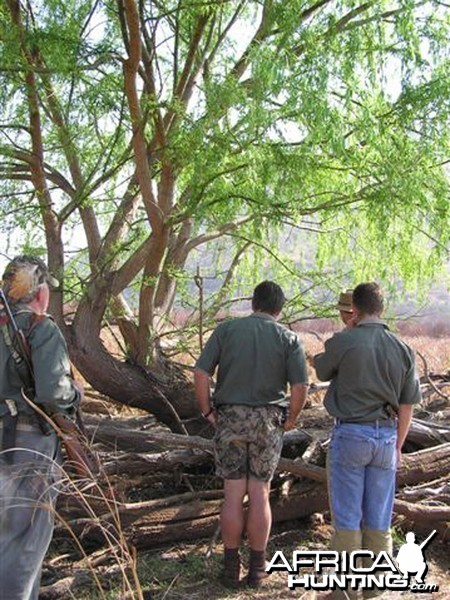 When they returned from the cliffs, they had BIG grins. The spoor (tracks) was bigger then any one of them had ever seen. He was a Monster! The next day they baited two places and built blinds while I ate Bonbons. They killed themselves getting everything ready. 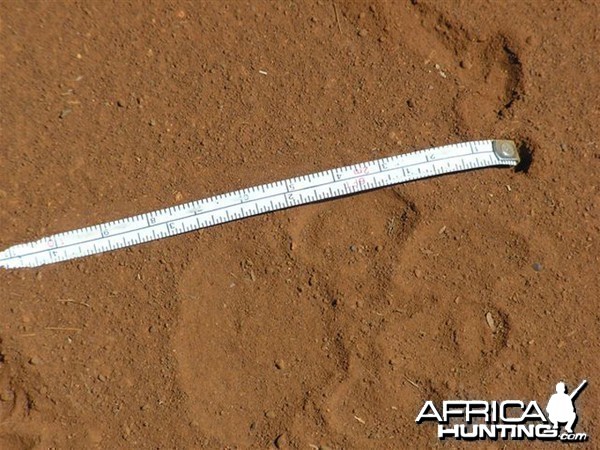 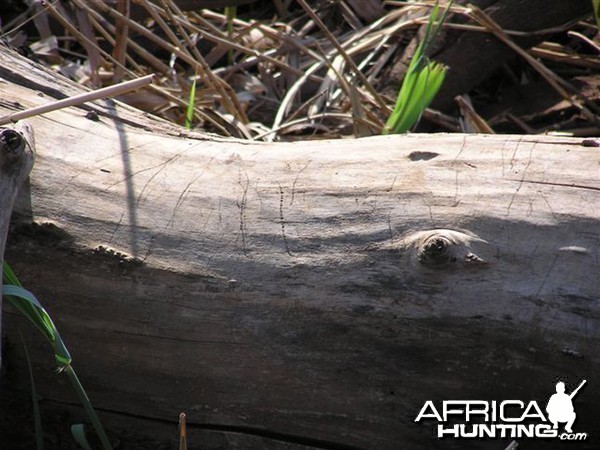 We hunted him hard (hard, meaning more long hours, not moving for 10 to 14 hrs a day). Although we never saw him, two highlights confirmed that “he” was there! One night while we were out there the owners thought we had brought high tech electronic equipment calling the leopard. But we hadn't. Mr. Spots was just over the other side of our mountain roaring so loud that he woke them all up. And poor Sederick the tracker was so close to that spot that he jumped into the Cruiser and locked the doors. On another night, Mr. Big was 20 yards from us. Bush Bucks barked, other animals made noises in the total dark that indicated we were there and circling us. Then all went still. Nothing, not a beep from anything, he was that close. We found spoor the next day that he was less then 20 yards from us at one point. This was one of those time people say the only thing you can hear is the pounding of your own heart beat. We knew it and he knew it. He was trying to make up his mind if he wanted us or the bait… 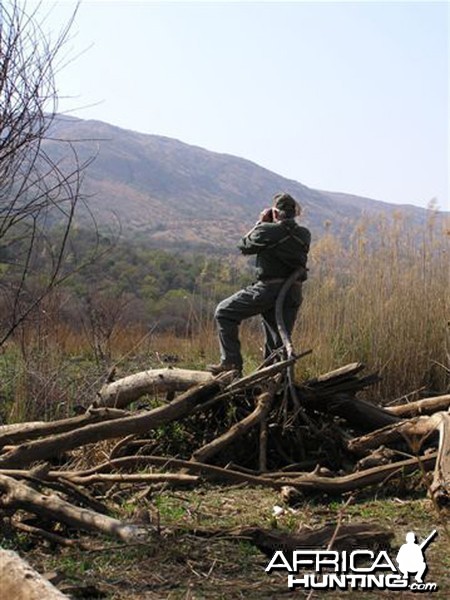 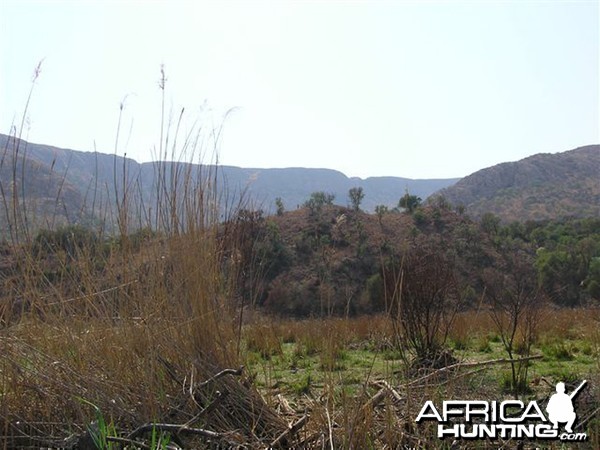 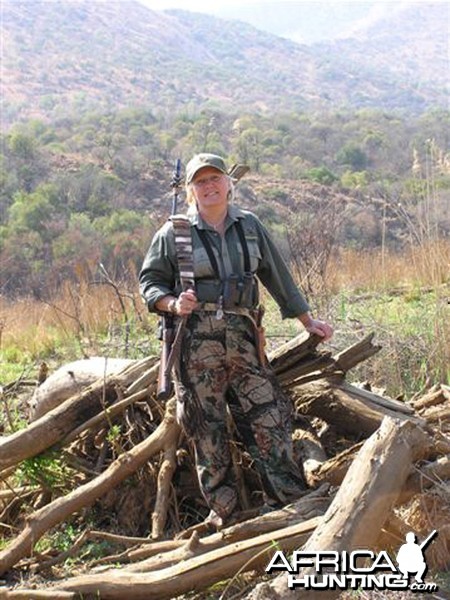 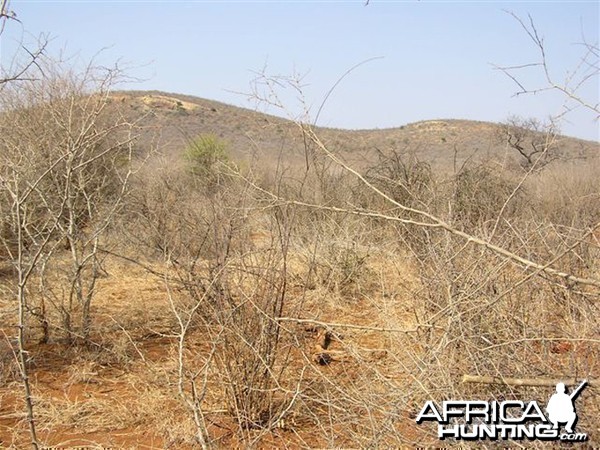 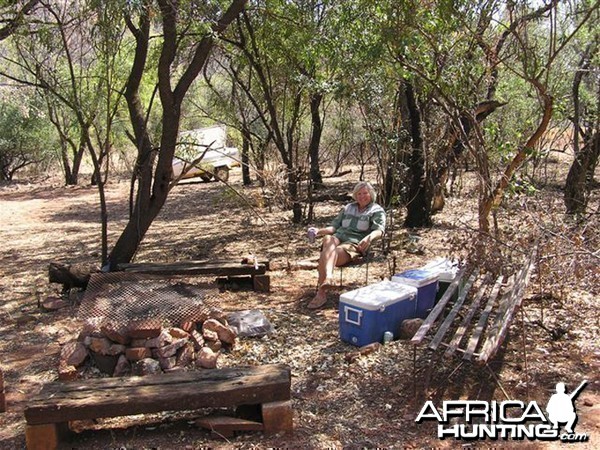 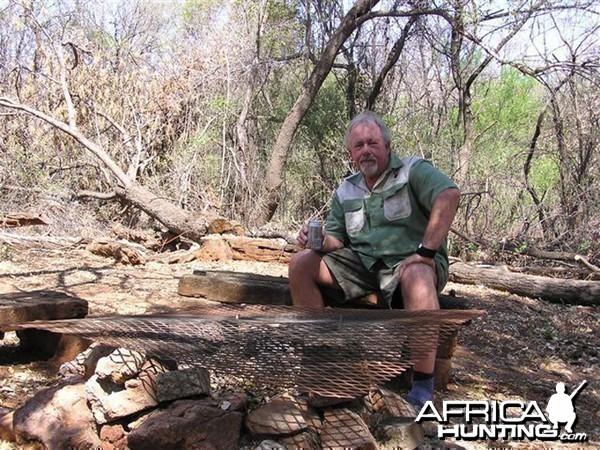 Well Mr. Spots got a big break... It hadn’t rained in that part of Africa in 4 months... my luck a 3 day rain storm came in. So we left there and returned to Pieter’s base camp and had more fun hunting. 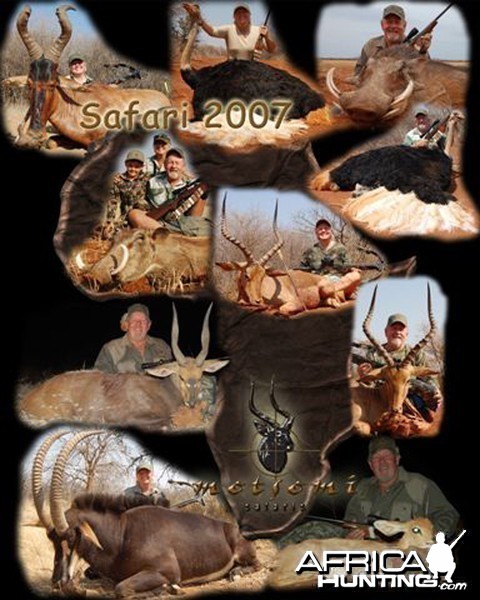 inkonkoni
Enjoy the bush with Respect
Today at 6:24 AM •••