News article on us.


 Mucheni Conservancy
After realizing that our natural resources and wildlife is coming to an end, we sat down as ward development committee and came up with idea of forming an conservancy which will be managed by the community through ward councillor and his royal highness chief Sinansengwe. Seven families had settled themselves in a protected area. We started this in 2014, the process took us 2 years for everything to be done, for approval. Community does the management of the area administered by Rural district Council on behalf of the community. When we started this conservancy, there was nothing not even a spoor of any animals, we thank Tokoloshe safaris for supporting our initiative when there was no signs of wildlife in our bush. We started by making in roads, which was most expensive part, Tokoloshe safaris paid for these services, we did 47km, we also formed the anti poaching unit, with 2 voluntary committed young men, in first week they removed 328 snares, up-to-date they removed 533 snares. Again Tokoloshe safaris supported us with rangers complete uniforms from boots to hats, handcuffs, wire cutters, backpacks and camping equipment also rations, within a year of this partnership now we are smiling to see animals in our are, buffaloes, warthogs, bushpigs, lots of elephants, kudus, impalas, plenty of leapards, lions, other antelopes and other small animals. In March this year Steve Taylor supported us with uniforms(jackets)and other bush clothing for rangers and warning sign boards to the poachers in both local language and English. We are now at advanced stage on our new beautiful camp, borehole was drilled which is used for both animals and human this was all done with support from Tokoloshe safaris who are again our safari operator in our conservancy. In April this year Tokoloshe safaris bought solar water pump for community,our pump had worn out for our 8 km piped water scheme. We manage to remove the illegal settled families amicable through dialogues and conservation education without using law enforcement. We have also school conservation clubs which is supported by ALERT, TOKOLOSHE SAFARIS, NATIONAL PARKS AND SINANSENGWE COMMUNITY ANTI POACHING UNIT. Now the area is protected, any trespassers will be persecuted and dealt with accordingly.
Thank you for your support in saving our natural resources and wildlife.
ELMON MUDENDA (Ward councillor) 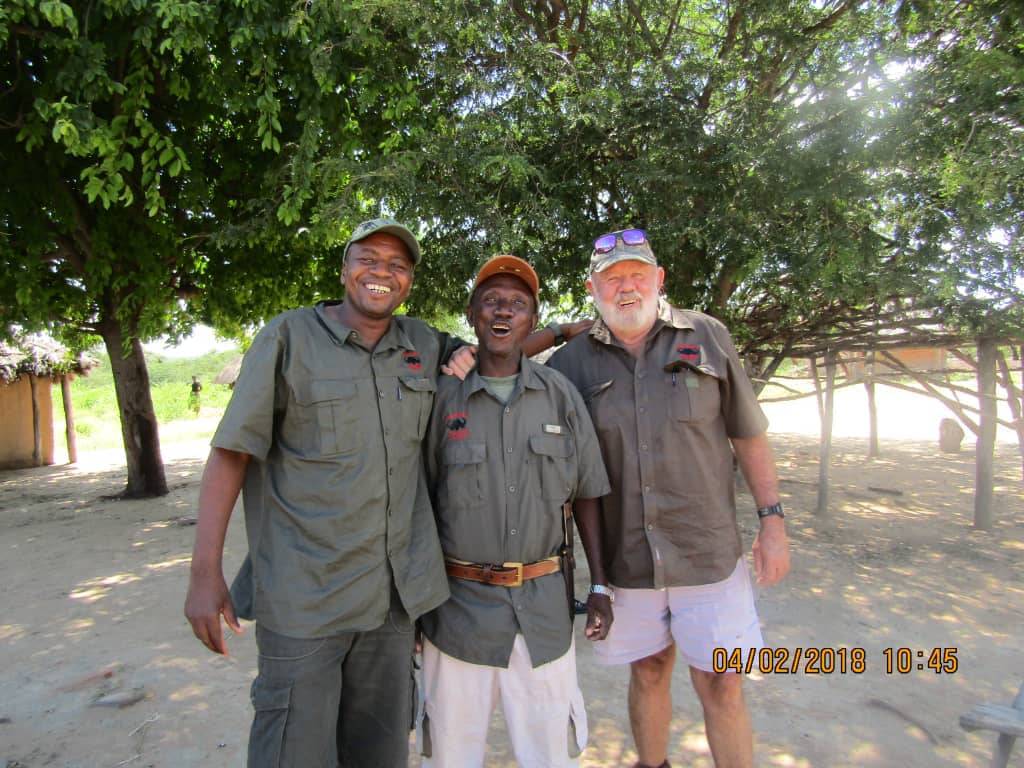 Great job done by you and good luck with this project.

Congratulations on forming this partnership. I look forward to hearing about the ongoing success of this community driven conservation effort.

Great job, thanks for sharing and best of luck moving forward!
John 3:16

Great news. Well done!
Tommorow is promised to no one. Go live your dreams.

Excellent! Pay it forward.
Africa on my mind.

When you have community support things go so much easier. Congrats of getting things rolling.
Bruce

Great job and thanks for sharing with us. I am going to save this as my screen saver and the next conversation I have with an anti-hunter I will let them read it. This is the best explanation of why hunting saves wildlife, and hunters dollars at work.
It's not the years, it's the mileage......(Indiana Jones)

Can you tell us more about the conservancy?
"A man and a gun and a star and a beast are still ponderable in a world of imponderables." Robert C Ruark

That is an outstanding story! May you have great success!

Hi Aaron,
I am in the states at the moment I just had on my right shoulder arm hand and it is very difficult for me to type on this phone.

The article that you read was by Elmon the tribal counselor, a great guy and a"born again conservationist".

Two years ago he finally convinced us to come look at their newly formed conservancy. The area had no sign of wildlife with the exception of marauding elephant, lion and leopard. The loss to their cattle and goats was devastating. Elephant destroyed everything! The people had received virtually no financial aid in over ten years.

My wife and I decided we would take a gamble and invest time and money and do no hunting for the first year. We worked with the chief, counselor and the community in building roads, doing anti poaching, removing snares and now developing water points. We are also in the late stages of building a permanent comfortable camp with Pure running hot and cold water.

At first the game came and left in small numbers. Now the game is staying we have a number of "good dagga boys" excellent lion and a good number of resident leopard. The elephant have always been in good numbers, but now we are seeing bulls in the 40lb class. We will be doing no plains game this year and none planned for next.

This is about as much as I can type at the moment.
I do want to say that everything that we write, say or do is being watched and they are attempting to do anything to see that no legal hunting takes place.

As long as we have community support and our money holds out my wife and I will devote our lives to this endevor.

I am also encouraging Mr. Elmon Madenda to write a series of articles on wildlife, poaching and wildlife- human conflict from a "Black Africans" point of view, he is a fine man who is totally commited to hunting and conservation of both the land and the wildlife.

A few weeks ago all of the chiefs in Zimbabwe were given new bakkies/pickups. He couldn't wait to haul his first load of game salt!

As I stated in another post all members are welcome to come visit. Sorry hunting costs a bit more!

I reviewed what i wrote I left out just had surgery.
The major error was the fact that a anti hunting group out of the UK is doing everything posible to have us removed. These are the same people who state all lion leopard, elephant and rhino will be extinct in ten years!

Keep fighting the good fight Lon. You, your wife and Tokoloshe Safaris are an inspiration. God bless you all.
Hope the surgery went well and you are back in the game very soon!

Hope your recovery is complete and fast. Best of luck.
Bruce
G

Congratulations to Tokoloshe Safaris, and the conservatory families. I can forsee this being a major part of Africa in the future, committed people doing more than "their bit" for Africa, and its people.
We on AH should support, and encourage this venture, and all who follow the lead.
Geoff
You must log in or register to reply here.