In memoriam - In Memory Of Our Friend Paul Olivier

Our great friend and colleague, Paul Olivier, passed away tragically and suddenly at the beginning of December at the young age of 34 in Arusha, Tanzania.

To say hunting was Paul’s passion would be an understatement. He started hunting when he was ten years old, and did not stop until his life ended. He wanted more though, so after school he studied Nature Conservation at Pretoria Technikon so that he would have a strong background in conservation, as all good hunters should. Paul completed this course by working a yearlong practical component on a crocodile farm in Cahora Bassa, Mozambique, and guiding safaris in the remote Niassa province of Northern Mozambique. 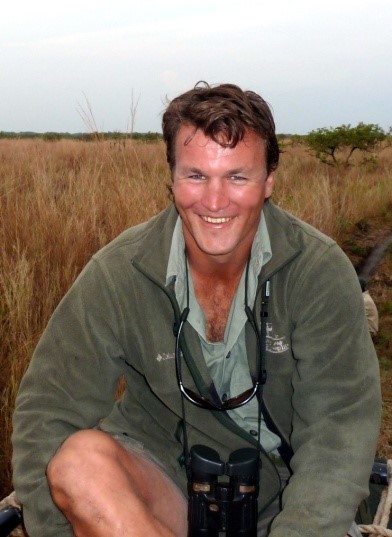 Paul also successfully attended several professional hunter courses, but returned to the field as quickly as he could, living his dream of being a PH. After the year in Mozambique, he joined Tanzania Game Tracker Safaris in 2005 and from that moment never looked back, obtaining full membership of both the Tanzania Professional Hunters Association and the African Professional Hunters Association. He was a truly ethical and successful PH.

Just as hunting was Paul’s first passion, rugby was his second. He played rugby his entire life, throughout school and later in Tanzania where he was a strong member of the Arusha Rhinos Rugby Club and also of the Tanzania National Team.

Paul was one of those rare people who, when asked if something could be done, gave a quiet and calm answer of “100%”, as he wandered off to “get it sorted”. It was easy to see when meeting Paul, and the longer one spent with him the clearer it became, that he was capable, brave and honorable beyond question. He had a quiet, understated confidence, and was a true and loyal friend. Paul was a good man who always gave that 100%.

There is a verse by the writer-singer Leonard Cohen that is not easy or comfortable, but then neither is the passing of a good person and friend. The words suggest a poignant blending of our human faults as well as the hope that friends and family need in times like these:

The birds they sang at the break of day.
Start again I heard them say.
Don’t dwell on what has passed away
Or what is yet to be.
The wars they will be fought again.
The holy dove she will be caught again,
Bought and sold and bought again
The dove is never free.
Ring the bells that still can ring
Forget your perfect offering
There is a crack in everything
That’s how the light gets in.

Rest in Peace Mr. Hundred Percent!
Gerhard R Damm
AFRICAN INDABA - Dedicated to the People & Wildlife of Africa
You must log in or register to reply here.

In memoriam - In Memory of Brian Nicholson Who Passes Away

In memoriam: Don Lindsay one of the icons of professional hunting in Africa passed away