As I mentioned in another thread, I've just started the refinishing process on a Husqvarna 640 in 9.3x62. The action is very slick minus ammunition. During test feeding runs, I found that there's a "hitch" in the forward movement of the bolt while chambering a round. By hitch, I mean it require extra force to complete the chambering and lock up the bolt. (It's all on the forward motion, not on the turning of the bolt.) After thoroughly cleaning out the action, it's become clear that the issue is how the claw is grabbing the base of the case. I'm basing this on the fact that once the "hitch" has been overcome, the same cartridge will chamber and re-chamber very easily. The claw appears to be snagging the base of the cartridge low, which has the point angled up, and the extra resistance is the case being forced into alignment and re-positioned in the claw.

The rifle is technically functional. I have no doubt it would fire fine at the range once a round is chambered. My concern is that this issue seems tailor-made to cause a jam at the worst possible moment. Also seems like it's probably causing stress on the claw that shouldn't be there and could eventually cause breakage?

Here are pictures of the claw (it doesn't appear to have been re-shaped or monkeyed with to me, but I'm all ears for opinions), where the hitch begins, and where a cartridge sits if just dropped into the chamber (to show that there's no obstruction when the cartridge is properly aligned).

Despite my best impersonations, I am not a gunsmith, and certainly not a Mauser expert at that. So what is my next move here? 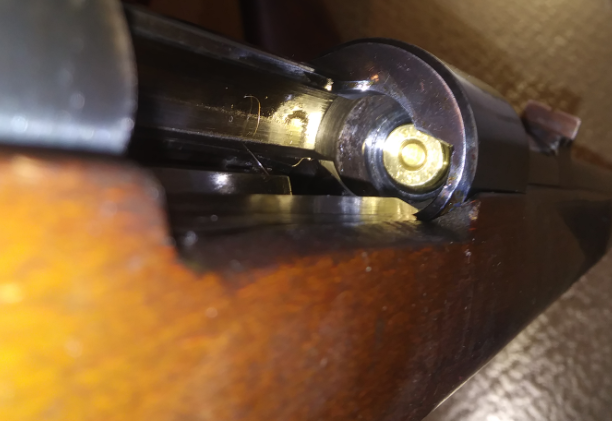 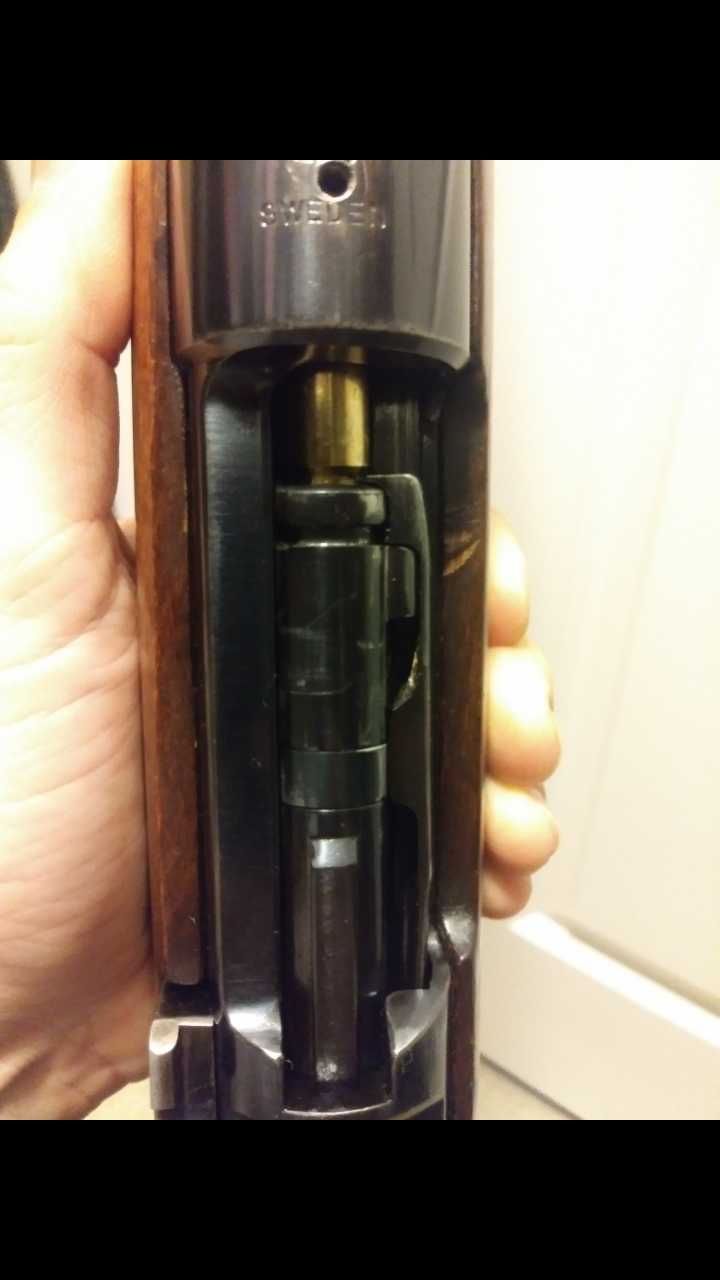 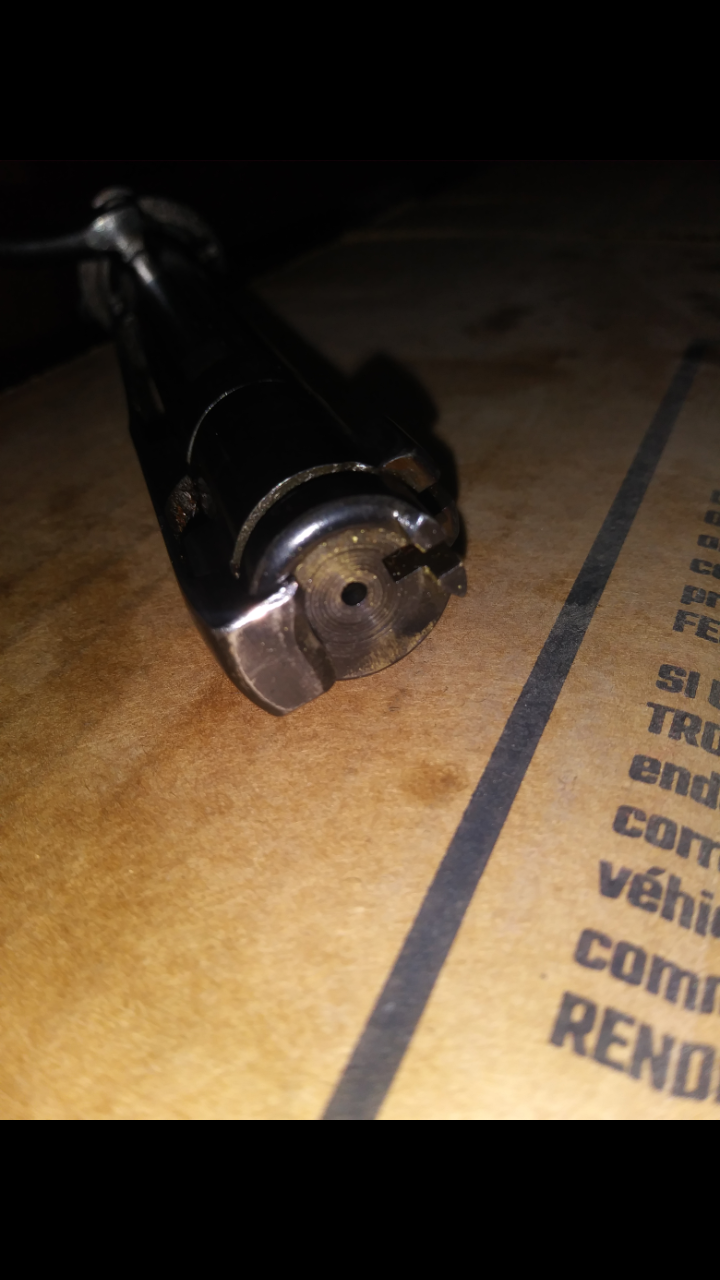 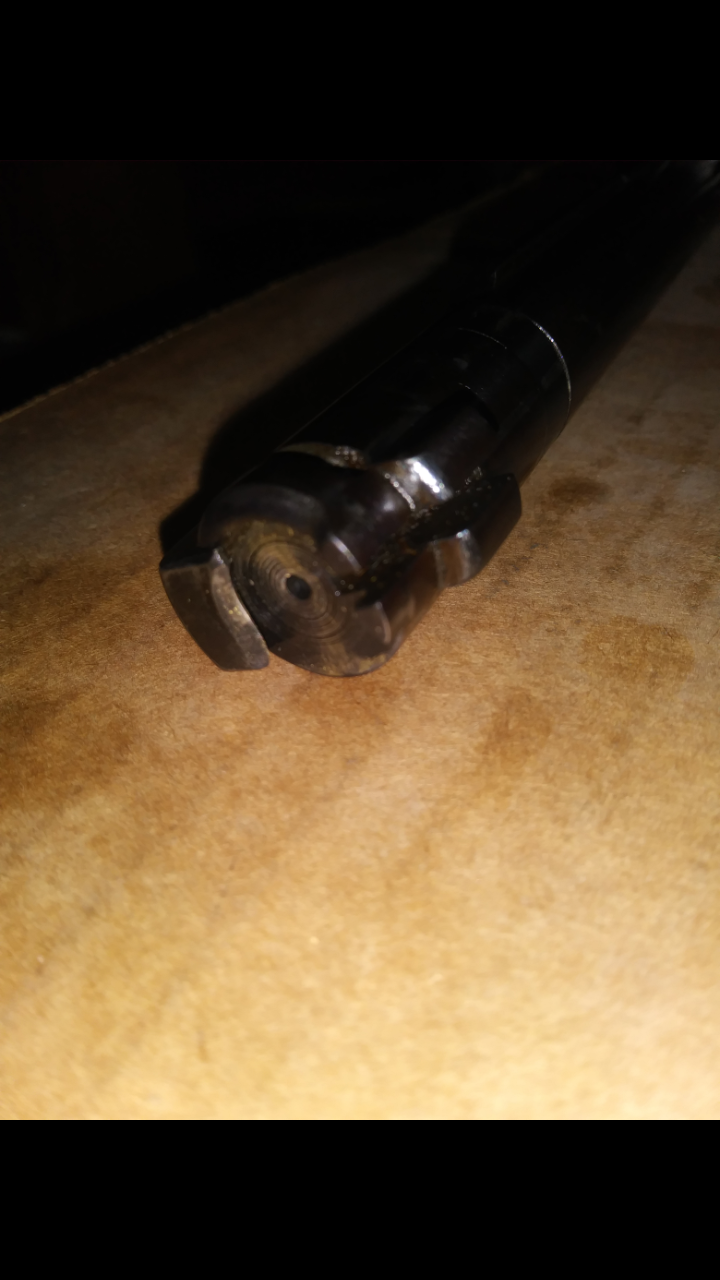 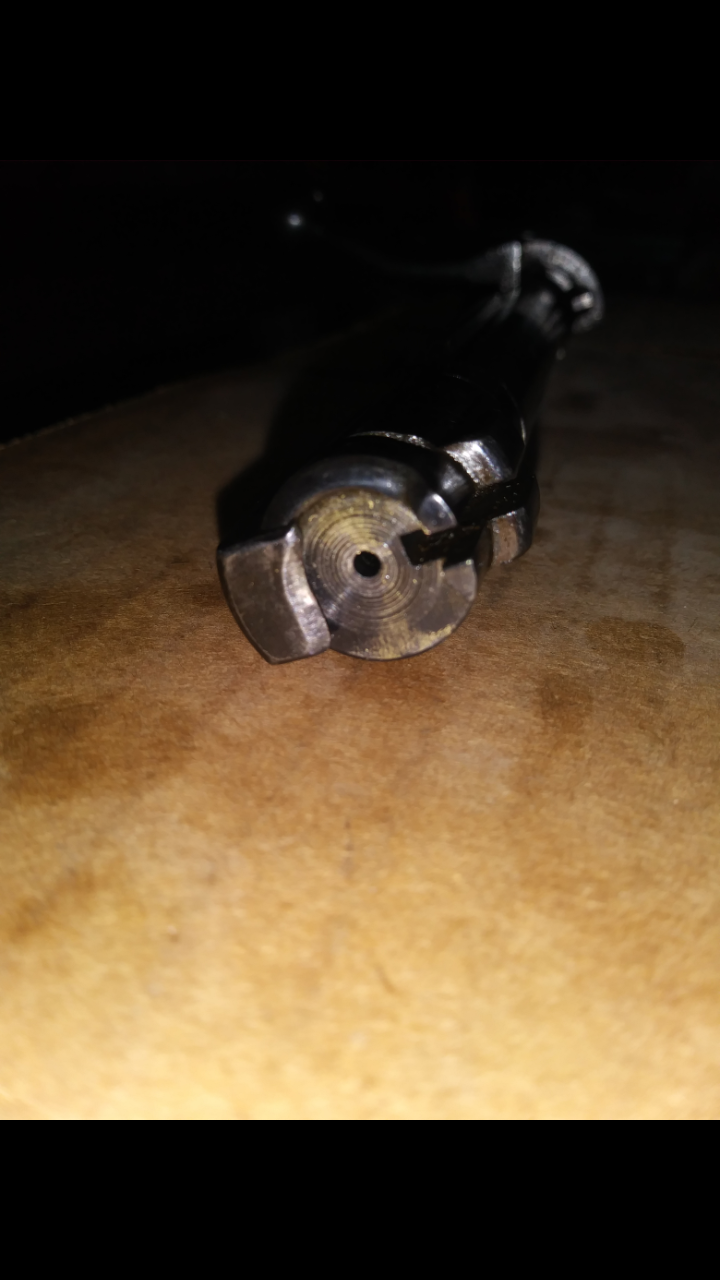 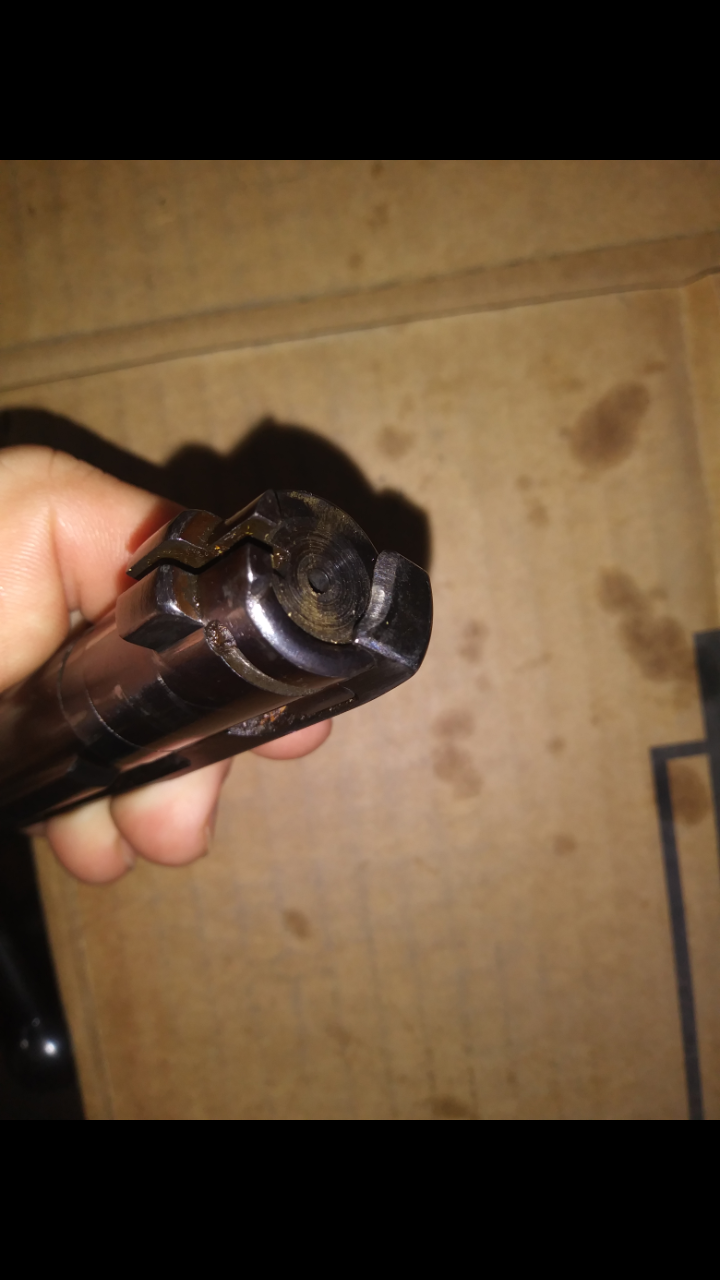 Thanks and Merry Christmas!
Matt
C

I'm not that familiar with Mauser actions, but perhaps some polishing of the bolt edges and maybe imperfections on the bolt face may be in order? Maybe the extractor is bent inward a little? I'd take it to a gunsmith and see what he thinks.
N

So I think I understand- on mauser actions, the case rides up the face of the bolt and slides under the bottom corner of the claw extractor. This does create a 'hitch' in the feeding. My experience is with a CZ 550. So I found that you can file or polish an angle or bevel onto the bottom corner of the claw. If you cover it with Dykem or a black marker pen and load a dummy round, you will see where it touches first. This is often a surface at right angles to the case and it drags on the case as it closes. So maybe spend a little time investigating with a black marker pen and see.

In my case, the feed from the right side of the magazine had the problem. Left side was good. Search for Mauser Action Feeding Work-CZ 550 for some pictures.

I’ve messed around with a few Mauser bolts with a feeding hitch in their gitty up. Some were just a “binding” type resistance, some had that uneven, “gritty” feel and some had that “zone or barrier of resistance” feel. It can be caused by a lot of things. If your phone or camera has fairly high speed capability for super slo-mo, might give that a try in good light. It requires a higher fps rate than you would think to capture useful video.

Aside from directly analyzing then proceeding directly to a remedy, you can try some harmless remedies. One as mentioned in this thread, is to lightly hone the leading edge of the extractor blade in case it is “digging” into the rim’s groove edges during initial entry/engagement.

Another is to experiment with widely varying OALs. That experiment may reveal the culprit. The shorter the cartridge, the steeper the angle. The cartridge has to negotiate two changes in the angle of attack as it makes its way from magazine to chamber. First up as the bullet nose slides up the ramp then back down to original bolt alignment as the body clears the ramp and enters the chamber. Those angles in turn can temporarily cause the case head/rim to bind between the bolt face and the extractor as it is sliding upward into full capture by the extractor. I’ve found most of those small, very subtle hesitations during feeding are associated with those slight mis-alignments as the cartridge makes those two, off-axis turns on the way to the chamber.

Sometimes the cause can be easily found and fixed, sometimes not. Good luck...
P

A 98 with controlled feed must always be loaded from the magazine, otherwise you will destroy the bolt over time.
You must log in or register to reply here.