Brian Nicholson, One of the Fathers of the Selous Game Reserve
by Rolf D. Baldus 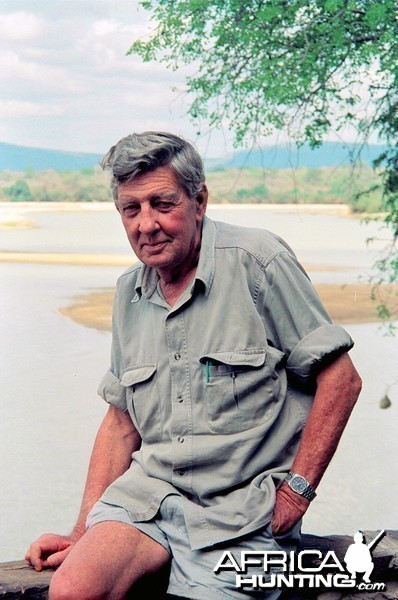 It with great sadness to let the our readers know that Brian Nicholson has gone on his last safari. He died at the age of 79 years in Australia where he had been living with his children and their families since he had left Kenya

Brian was one of the fathers of the Selous Game Reserve and one of the pioneers of using safari hunting to sustain a protected area and conserve its wildlife. His intimate involvement with the Selous Game reserve spans almost a quarter of a century, including the transition from the colonial administration to the independent Government of the Republic of Tanzania.

He was born on June 20th, 1930 in Eldoret, Kenya. At a time when academic degrees were deemed less important than common sense, bush craft and determination, he became involved in animal capture and professional hunting at the tender age of 17. With 19 he joined the then Tanganyika Game Department as an elephant control officer. Until 1973 when he voluntarily resigned from his post of game warden, Southern Tanzania, he had travelled many thousands of miles through the reserve, mostly on foot, which still makes him one of the persons with the most intimate knowledge of the area.

In order to finance the management, infrastructure and anti-poaching operations of the Selous which he had expanded to its present size of nearly 50,000 kmï½², he was able to convince the colonial administration to allow hunting tourism. Brian worked out the details and had soon a flourishing hunting industry which operated on the basis of low and sustainable quotas and strict control. The oppression of poaching soon led to big ivory including hundredpounders, fine cats and old buffalo bulls being harvested, not to mention the many antelopes. The proceeds from hunting were kept for the upkeep of the game reserve. Unfortunately this strictly controlled system was not continued after his departure.

In the fifties and sixties Brian published a number of articles which show his great talents as a field biologist and conservation manager and planner. Brian visited the Selous again in 1979 together with the photographer Hugo van Lawick and the author Peter Matthiessen, who wrote the book "Sand Rivers" about their foot safari. In 2001 Brian Nicholson's book "The Last of Old Africa" was published. It is a classic African hunting book and amongst the best ones ever released - and his stories have the advantage of being true. It is a great pity that this book is out of print, and I can hope only that a reprint will soon be done. During the last years of his life Brian continued to take an active interest in the future of the Selous. The upkeep of Governance in hunting tourism and conservation in general was amongst his major concerns.

It was truely an honour when Brian agreed to provide a chapter for the book "The Wild Heart of Africa The Selous Game Reserve in Tanzania" (Rowland Ward 2009), which we produced as a team of people who had worked or were working in the Selous. Brian narrated the reserve's development years from 1922 to Independence and I should like to give him the word and quote from the book, his last publication:

"A proposal to start controlled professional hunting safaris on a strict quota basis was made by me in 1953 when on safari with G.H. Swynerton, who was head of the Game Department at the time. Ionides had always been absolutely against and hostile to any form of development of the Game Reserve whether in the form of hunting safaris or tourism and lodges. Swynerton also flatly rejected my idea and no further progress was made in this direction until 1962. It must be noted that tourism as a major industry in Tanganyika did not exist and it was not until about 1958 that the Government started to recognize it and invest in it with the creation of the National Parks organisation. 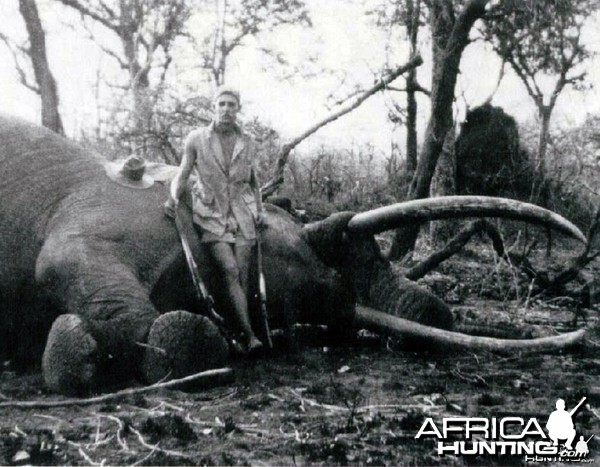 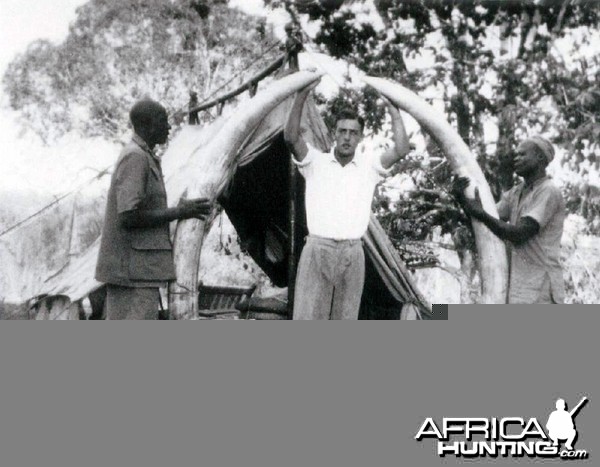 By 1961 when Tanganyika became an independent state, tourism had evolved into a meaningful industry. For some years I had a feeling of unease about the long term future of a vast wilderness area such as the Selous Game Reserve and believed that to survive it had to be made valuable in terms of revenue and foreign exchange earnings for the country. In 1962 Major Bruce Kinloch M.C. was transferred from Uganda to Tanganyika and became the new head of the Game Department. He was a progressive and dynamic personality. One of his earliest moves was to split the Game Department's responsibilities and administration into four regions, each covering about one quarter of the country, with a senior game warden directly responsible to him, in charge of each Region. I was promoted to senior game warden south-eastern region which included the whole of the Selous Game Reserve, now about 20,000 square miles in area. My base was Morogoro and Allen Rees who remained at Mahenge assisted me. Kinloch strongly supported my views on permitting hunting safaris into the Selous and asked me to put forward a development plan for him to approach the Government with. Over the next eighteen months in conjunction with Rees a detailed proposal, defining hunting block boundaries, quotas for each species of game animal in the blocks, projected revenues and forex, regulations for controlling the safaris and budget estimates to open up the areas with dry season tracks, airstrips etc. were prepared.

Kinloch was able to persuade the Government to back this project. Funding began in 1964, with the first professional safaris starting in 1965. Over the next few years the Selous Game Reserve was one of the most popular areas for professional hunting safaris and became self-financing from direct revenues."

Without Brian Nicholson the World Heritage Site "Selous" would not be what it is today, May my wish that his successors continue to hold it in trust not be in vain!
Last edited by a moderator: Dec 1, 2016
Gerhard R Damm
AFRICAN INDABA - Dedicated to the People & Wildlife of Africa
You must log in or register to reply here.

In memoriam - In Memory of Brian Nicholson Who Passes Away

Results & Conclusions Of The Selous Conservation

Selous Game Reserve: Is There Any Hope For The Future

Sarg Birdy Sarg wrote on Birdy's profile.
Hi Birdy, would you consider sending these to New Zealand, if so any idea on that cost please ?