What would be or are the benefits for using shorter bullets in a WM or Lott?

First off the 45/70 bullets are not designed for the velocity of the 458 Winchester or Lott so they may not penetrate. Second they are shorter bullets so may not stabilize enough, this will effect the accuracy. But the easiest way to find out is load some up and try them. Let us know how it goes.

Having read here on AH about fellow reloaders here on AH reloading shorter length bullets when reloading compressed powder loads in their 458 WM's to get higher velocities (458 Lott) got me wondering if they were using the 45-70 bullets.

Right now I'm concentrating on 458 WM loads, with 500 grain bullets. I might do some experimenting after I return from Aftrica.
B

45/70 bullets will be stable at the higher velocities of 458 win and lott, which probably also have faster twists than 45/70.
being designed for lower velocities, and mostly for deer, they would be best avoided for dangerous or bigger game due to over expansion.
not only will higher muzzle velocity cause this, but also the faster twist of the win and lott.
bruce.

Odd as it may sound, you might look at gas-checked, cast bullets. Beartooth Bullets sells a 525 gr WFNGC that might just work. Definitely designed for 45-70, but it's a very long bullet. Brinnel Hardness on BTB is about 22-23, but aren't brittle the way Linotype bullets are.

Note that you can order the BTB up to about .460 diameter. You need to slug your barrel and determine what the groove diameter actually is. Preference for lead bullets is about 0.02" bigger than groove dia. The gas check will protect the bullet base from obturation, I just don't know how well the bullets themselves will hold up at 2200 fps or so. You can call or email them (Beartooth Bullets) about suitability for 458 Lott and that bullet. In general, any load published as safe for a jacketed bullet is also safe for the same weight lead/lead alloy bullet.

Someone here can correct me if I am in error, but I believe these WFN bullets penetrate better at lower velocities because at lower speeds (penetration velocities between about 1100 and 1600 fps), the nose shape causes significant cavitation, and the bullet rides just behind the cavitation. Or at least that's the theory.
Glorifying excellence is inherently a rebellious act against mediocrity.

It appears that is all the velocity needed when you have the right bullets for the tasks at hand.

What would be or are the benefits for using shorter bullets in a WM or Lott?

5) practice
This guy got cut loose into the ground at about 25 feet and it was fairly soft. Penetration was about 8" retained weight was about 180 grains of 400 at an estimated 2300+ fps leaving the muzzle from a .458 Lott #1 Ruger. 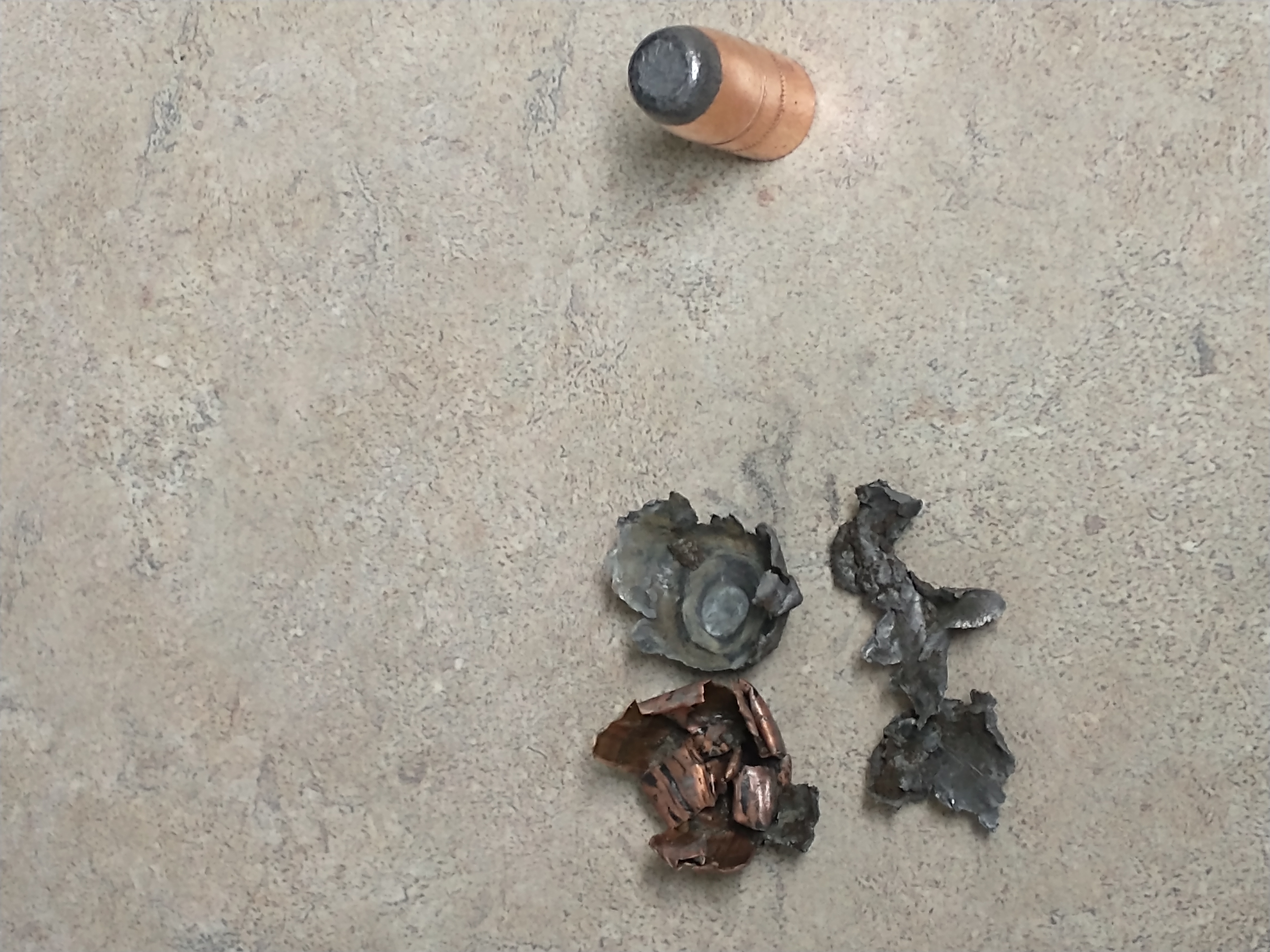 I am looking to buy a .375 H&H Lee Loader Kit please let me know if you a line on one.
You must log in or register to reply here.

A
Akunasek Jager Waffen74 Akunasek wrote on Jager Waffen74's profile.
do you still have the Ithaca 10 ga semi auto?
34 minutes ago •••