Open to caliber, but it must have a wood coil check stock. Thanks very much.
http://pistol-training.com/

Love mine with Coil Check stock. Large price if wood but really works with the 460 Weatherby. Often thought about a rebarrel to 500A2, but this one is a laser to 200+.
S

That should have read: A-Square. Maybe that will help, IDK.
http://pistol-training.com/

I'm not sure, but I think that @USMA84DAB may have something for you. If he doesn't respond, send a PM.
“They that can give up essential liberty to obtain a little temporary safety deserve neither liberty nor safety.” Benjamin Franklin 1759
"An armed society is a polite society. Manners are good when one may have to back up his acts with his life." Robert Heinlein 1942
T

Rock Island has one in an upcoming auction:

They ARE shooters, and Art Alphin's large surface area butt just makes perfect sense, adding to the accuracy (of many heavy-hitting calibers). Many are full-length bedded and feature coated SS barrels. Good luck! 'Wish his bullets were still available (esp. Lion Loads.) I don't think the smaller caliber (non-Enfield mag action) M70-based guns required the big stock, but they too are very nice!!! 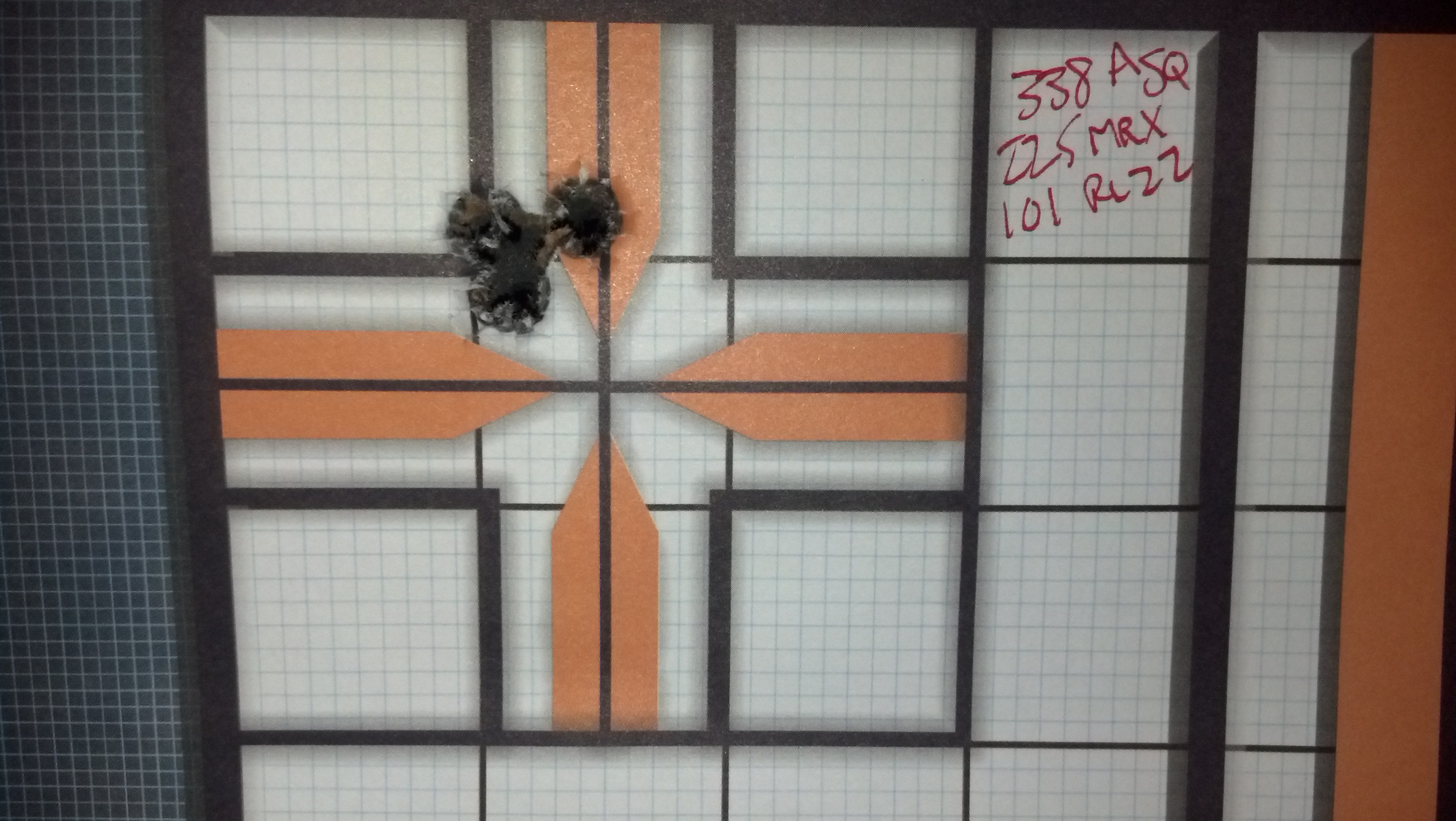 The 577 T-Rex is a beast of a rifle. Never shot one, but years ago handled one at a local SCI banquet. Seemed like a rifle built for an NFL lineman - very large rifle. I have an original A-Square in 500 ASq. Also a beast, but certainly not in the category of the 577!
S

The 577 is bigger than I want, but a 416 or 458 of some type might be nice. I agree that it is wasted on a small caliber, but the stock design just seems so good that I would like to try one in a biggish caliber.
http://pistol-training.com/ 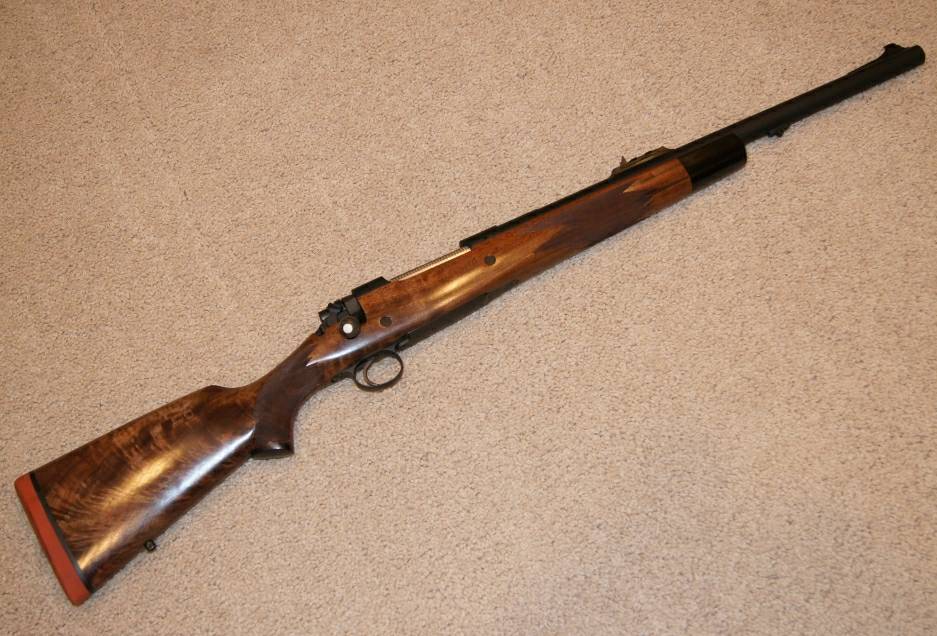 Have not seen one with checkering. My 500 has great wood but no checkering. I will have to check my ASq lit on checkering as an extra. I had corresponded with them several years ago before they closed shop for good. Does the pictured rifle have the "Coil Check" stock. It looks a bit light in the butt stock?

Nice rifles, but I don't think that is a coil check either. Shouldn't have checkering, but also the lines don't look right. hard to tell from the angle maybe.
http://pistol-training.com/

For the good of the order, in 2003 A-Square produced three models, the Hannibal (Big Bore), the Hamilcar (Small Bore), and the Genghis Khan (Varmints). All of the heavy hitters were produced only in the Hannibal model which was the "Coil Check" stock. Their literature and order forms made no mention of checkering. In fact, I think checkering was a no-no due to the heavy recoil of some of the chamberings, including my 500. My last contact with A-Square was in 2008. At that time, they were located in Chamberlain, SD. They had three T-Rex in stock - regret not buying one. I have also owned one in 416 Rigby.
S

I think I would want checkering, but Art Alphin made it clear that he thought checkering would remove skin when shooting the big boys. I don't need the biggest stuff he made, but I think a 416 Rigby or 458WM would be a nice compromise with the Coil Check.
http://pistol-training.com/

SLG said:
I think I would want checkering, but Art Alphin made it clear that he thought checkering would remove skin when shooting the big boys. I don't need the biggest stuff he made, but I think a 416 Rigby or 458WM would be a nice compromise with the Coil Check.
Click to expand...

Frankly, finding a Hannibal will be a challenge. I had looked for several years without success until I found the 500 on GI, and it had just been listed. I had even posted here for wanting one as you have. I got a couple of responses, but no pure Hannibal offered. If you succeed let us know. As you recall, I had offered you the one I have, but now I am glad you did not take me up on it!
S

That does look like an awesome rifle though.
http://pistol-training.com/

FWIW, the A2 catalog had upgrades on wood upon request, I'll phot my copy when I'm back home. Mine is confirmed original (as in A2 built) in a Coil Check stock with checkering. I doubt it was done after, but possible I guess 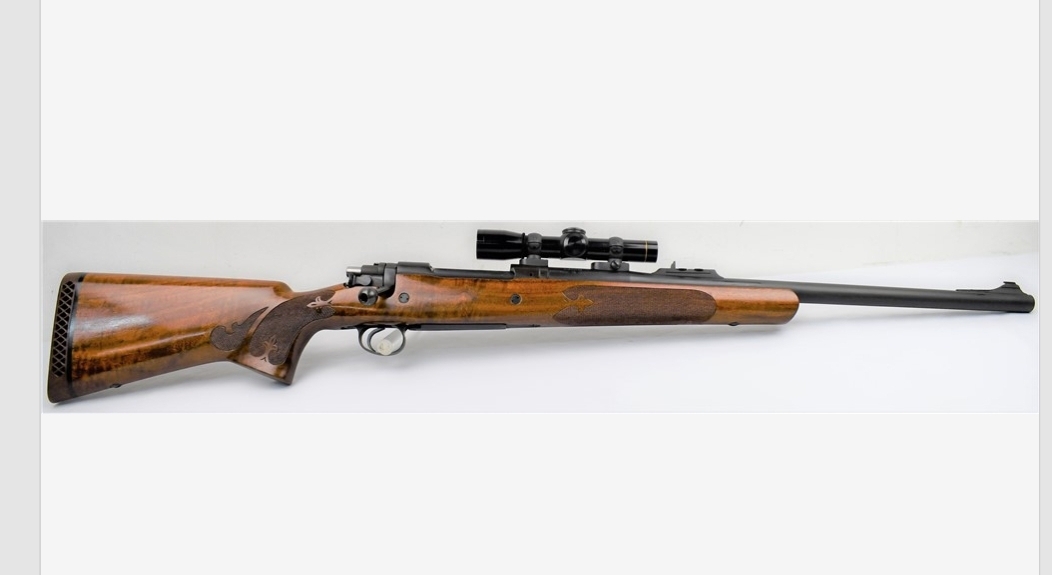 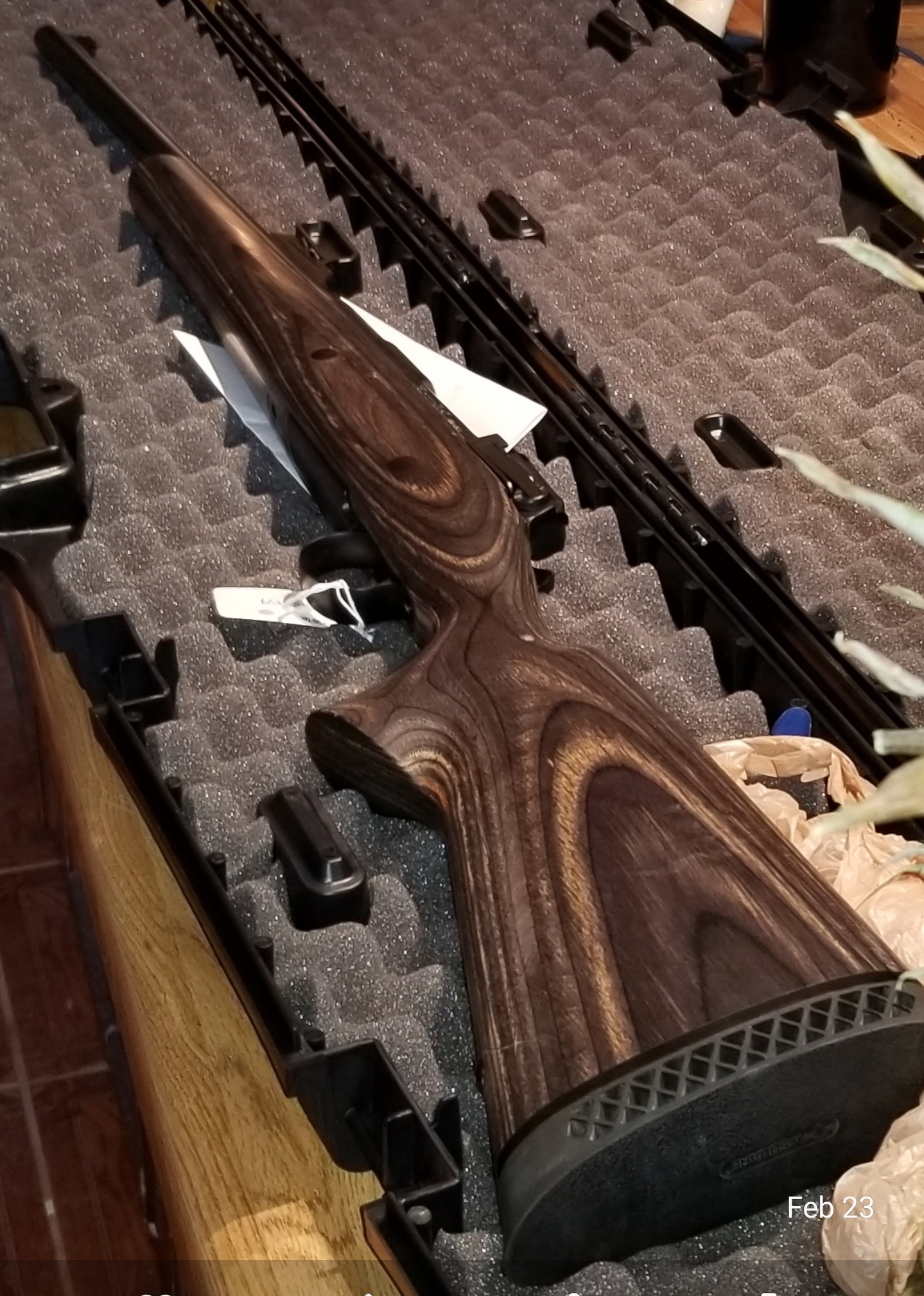 TTundra said:
FWIW, the A2 catalog had upgrades on wood upon request, I'll phot my copy when I'm back home. Mine is confirmed original (as in A2 built) in a Coil Check stock with checkering. I doubt it was done after, but possible I guess
View attachment 479280
Click to expand...

I believe mine is from the mid-late 90s, and comes with a separate pricing sheet. I'll be able to check it when I am home end of this week. I would also guess that a custom rifle company's such as A2 would perform clients requests if reasonable. However, I do seem to remember chechering being on that build sheet, but will check to confirm.
You must log in or register to reply here.

G
geoff rath Von Gruff geoff rath wrote on Von Gruff's profile.
G'day, Von Gruff; Could you give me an idea on your Bearded Chef Knife, as per your posted photos, delivered to Australia? I'd like to reward a good mate (excellent amateur chef) who has done me big favours in the past. Cheers, Geoff Rath
Thursday at 8:23 PM •••