The Double Rifle of Dennis Finch-Hatton 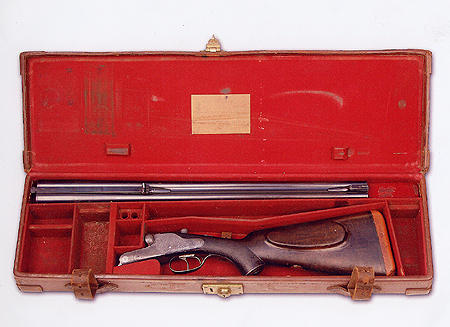 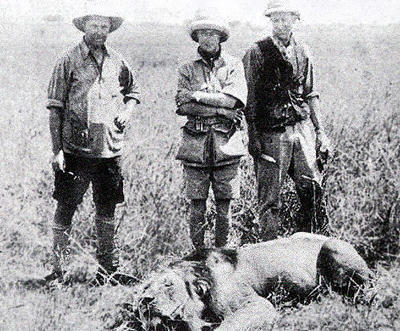 In its original leather red beige lined case with initials D.F.H. This rifle is extremely accurate and a target is available.

Denys Finch Hatton was born in England on April 24th 1887, the son of Henry Stormont Finch Hatton, Earl of Winchelsea and Anne Finch Hatton (nee Coddrington), a daughter of a former Admiral of the British Fleet. Educated at Eton and Balliol College, Oxford, Denys was a natural sportsman and scholar of the arts. In 1911 the 24 year old Denys bought land in British East Africa as an investment which would give him the freedom to spend his time hunting. He would spend every Autumn and Winter in Africa doing just that.

In 1925 he became a professional big game hunter and took numerous wealthy and distinguished clients on safari - including H.R.H. the Duke of Windsor (the then Prince of Wales). His taste for adventure led him to learn to fly, and it was on May 14th 1931 that he died in a fatal plane crash in his Gypsy Moth near what is now the Tsavo National Park, Kenya. He is buried in the Ngong Hills and an obelisk marks his grave to this day.

The story of Denys Finch Hatton and his love affair with Karen Blixen (his only known romance) is immortalised by Robert Redford and Meryl Streep in the Academy Award winning film "Out of Africa" (1985).


Not my story, I found it in the net-during my day-dreams of Africa
Foxi
Last edited by a moderator: Mar 25, 2021

Great movie. Have seen it many times including when it was on in theaters in the summer of 1985.

Very good movie and beautiful double rifle. I like it.
Witold

Where is the rifle now @Foxi?

I emailed the gentleman who found the rifle and unified it with its original case. He told me he sold it and its now on display at a Gun shop in England

The recipient of the snap caps 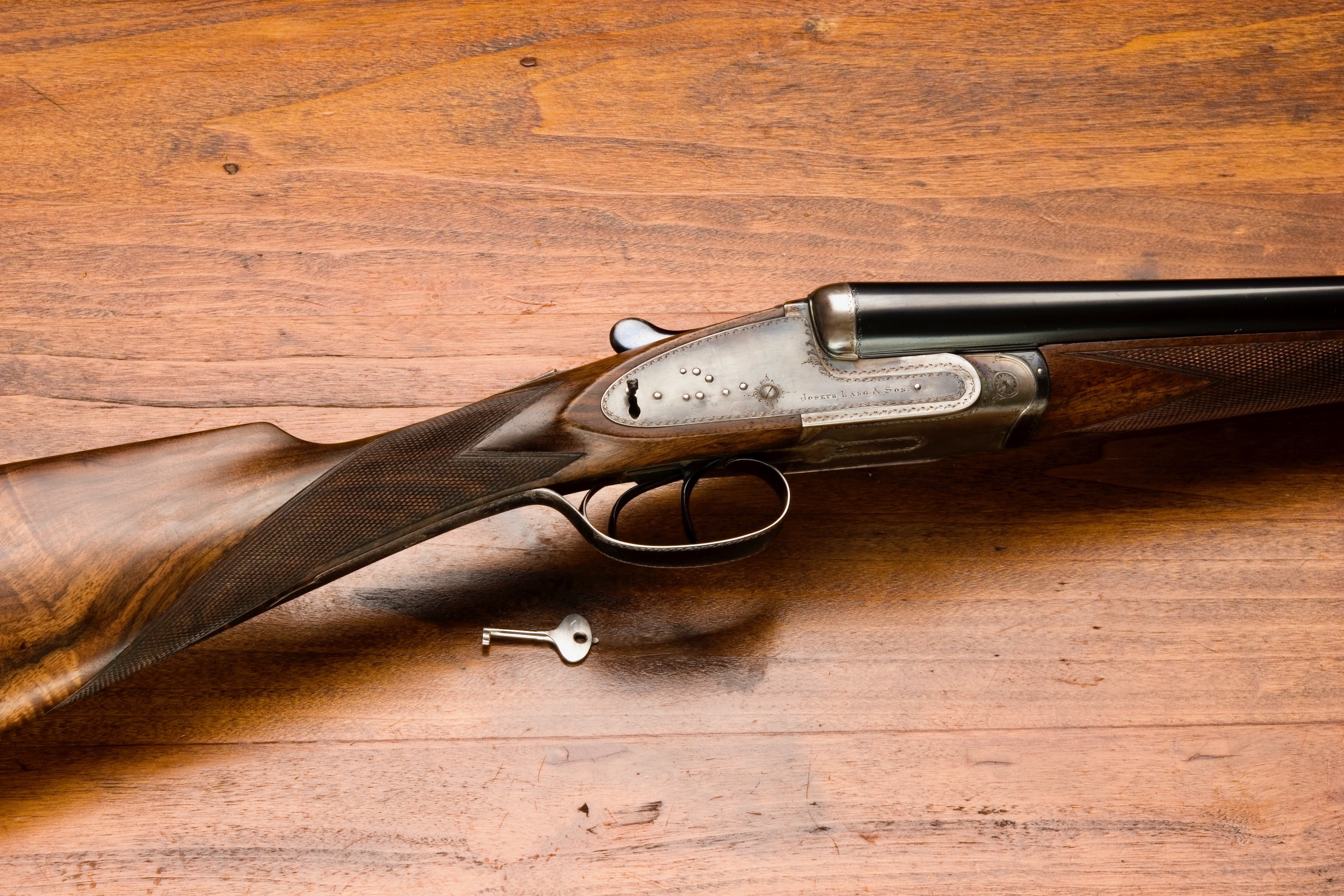 What a great story! It is every bit as good as the movie, probably better. @D.M.V. Please email that gentleman back and find out what shop it is in on display. I would easily go out of my way next time I pass through London to see that rifle!

sierraone said:
What a great story! It is every bit as good as the movie, probably better. @D.M.V. Please email that gentleman back and find out what shop it is in on display. I would easily go out of my way next time I pass through London to see that rifle!
Click to expand...

I don't have access to my inbox. Im on the road. If you Google his name from the story. He has a profile on guns international. He sells on there. He emailed me back pretty quickly and told me which gun shop has it and its on display there. But i probably wont be home for few months and my phone is my only internet connection and my Gmail app doesn't go back that far.

Still cant believe they cast the shrimp Redford in the role of Finch-Hatton. We saw the movie soon after we returned from the first safari, in Tanzania.

sestoppelman said:
Still cant believe they cast the shrimp Redford in the role of Finch-Hatton. We saw the movie soon after we returned from the first safari, in Tanzania.
Click to expand...

What's the name of it is it on YouTube

What a story - gave me goosebumps before the envy set in.

gizmo said:
It's a book, I have no idea if the audio version would be on YouTube or not. When I get hom I'll have to look. I can't remember the title.
Click to expand...

I do read. But audio books are great cause i can listen to them whilst running fright

Reading various books by PHs at the time and cross referencing these with Out of Africa (book and film) it's remarkable how you can fit snippets of a person's character, events and life together from these differing perspectives. It was like each PH telling me a little bit more, or expanding on an event, about DFH. It was satisfying to realise that when Redford took Streep out into the bundu - to prospect new hunting grounds - that was a historically accurate event. I also recall that when DFH crashed his aircaft was filled with oranges that his host had given him the night before and which his boy was carrying. I had much fun many years ago, doing detective work such as this on DFH.

As of today, the rifle is on display at R. Ward Gunmakers, previously known as Ray Ward Guns, at 12A Cadogan Place, London. Phone is +44 20 7808 0291. This shop is about 2 - 2.5 kilometers south west of Purdys, H&H, Beretta and William Evans. For a detailed location for those of you that have previously been gun shopping, window or otherwise in London, Google "London Gun Shops. then focus in on the center of the map.

I believe that two H&H doubles were used by Redford in the movie. Last I heard one had been given to Redford and the second was held by George Caswell at Champlin Firearms. Those who visit have the ability to handle the firearms in the vault!
And here I am, returning to Africa of many faces;.... the sloe-eyed temptress with flowers in her hair who stole my youth and my heart, and left me an old man with a kaleidoscope of conflicting memories of many dashed hopes and some fulfilled dreams. E. Echols
You must log in or register to reply here.