Some incredible footages of Bongo in Central Africa

Here is the map of the large hunting area (in yellow) that they have access to: 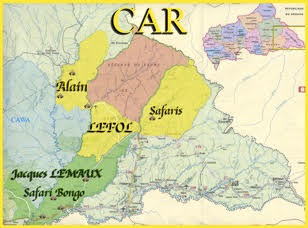 The main camp is located on the Vovodo River, but I believe further north than the location pointed on this google map. 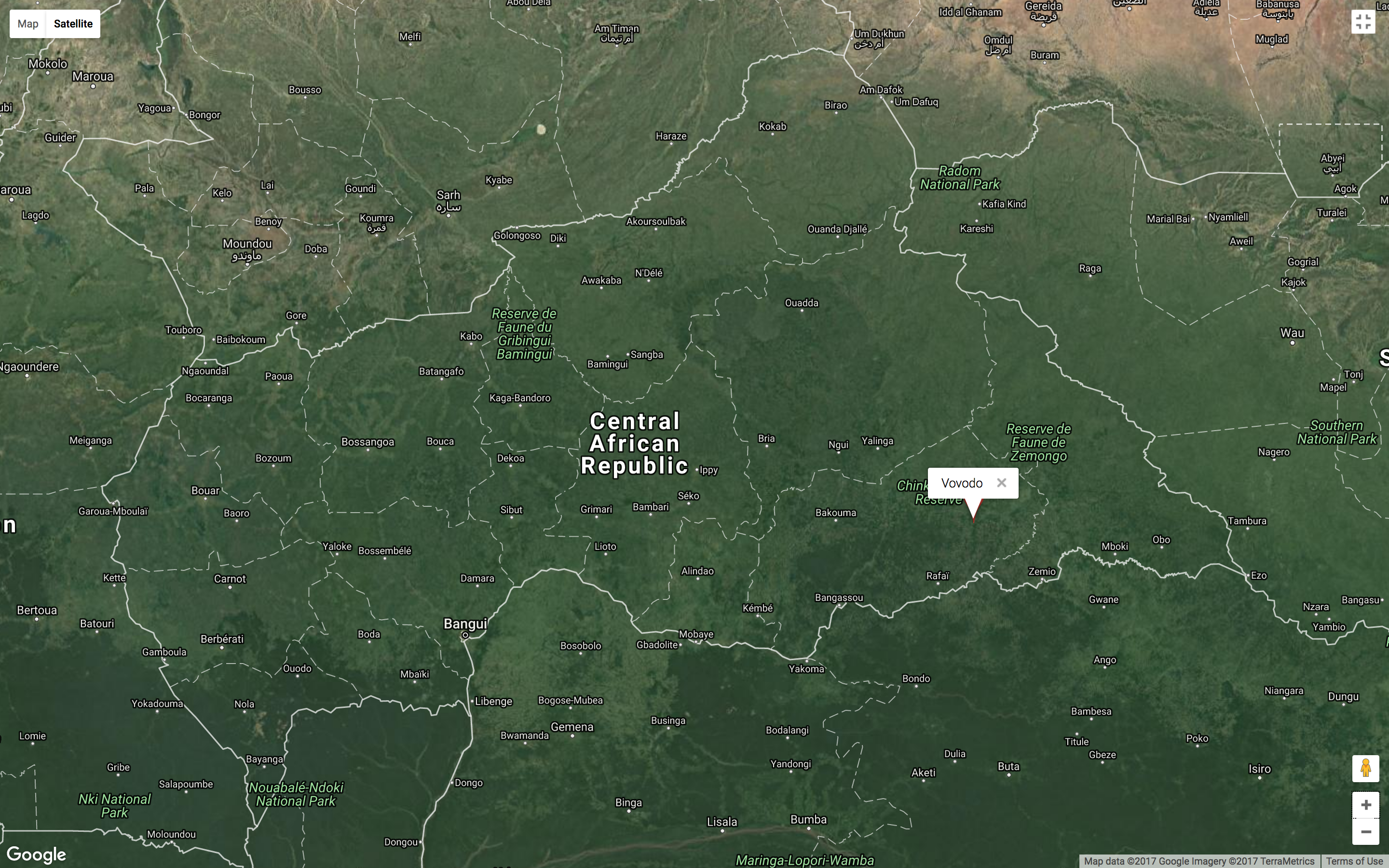 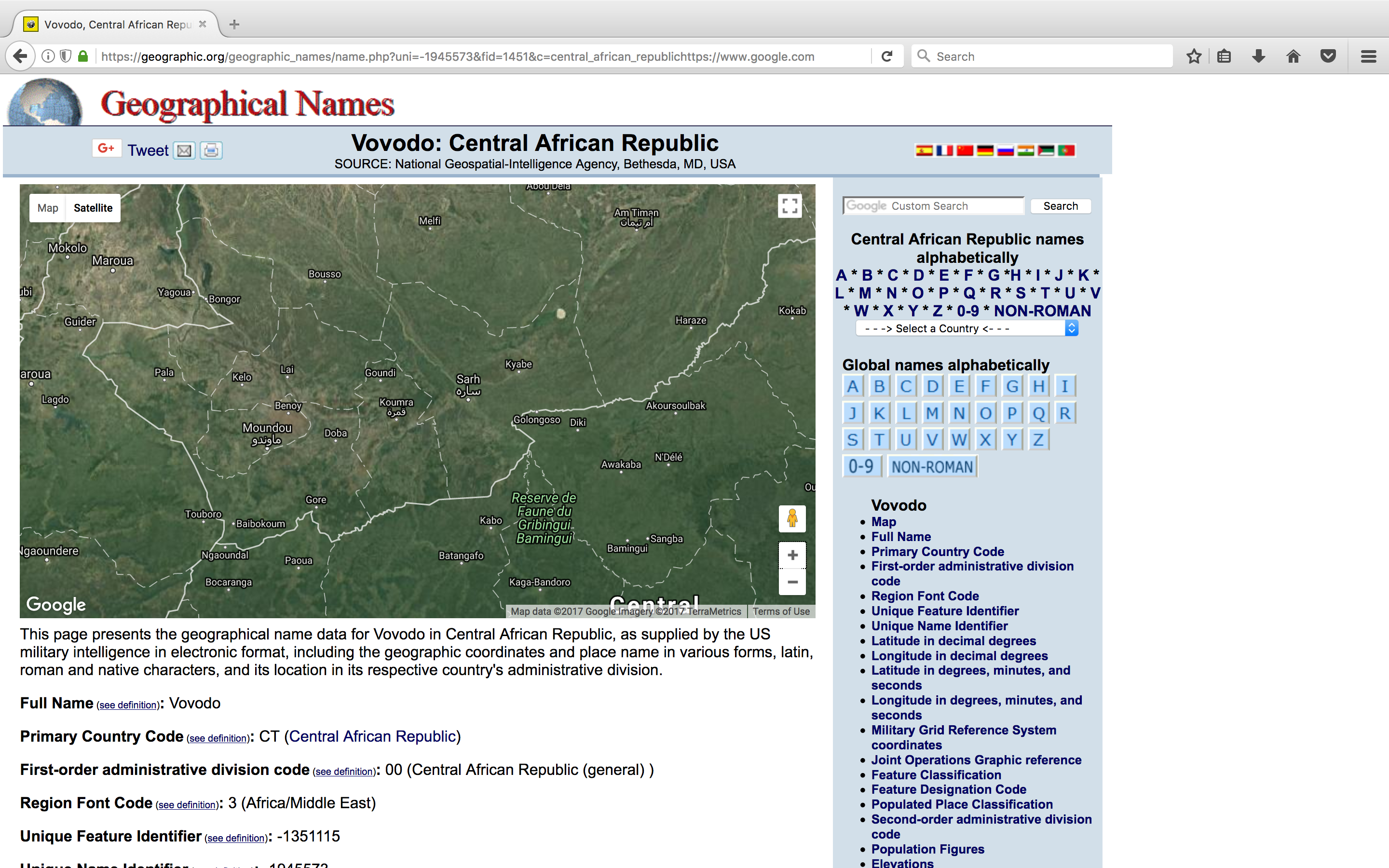 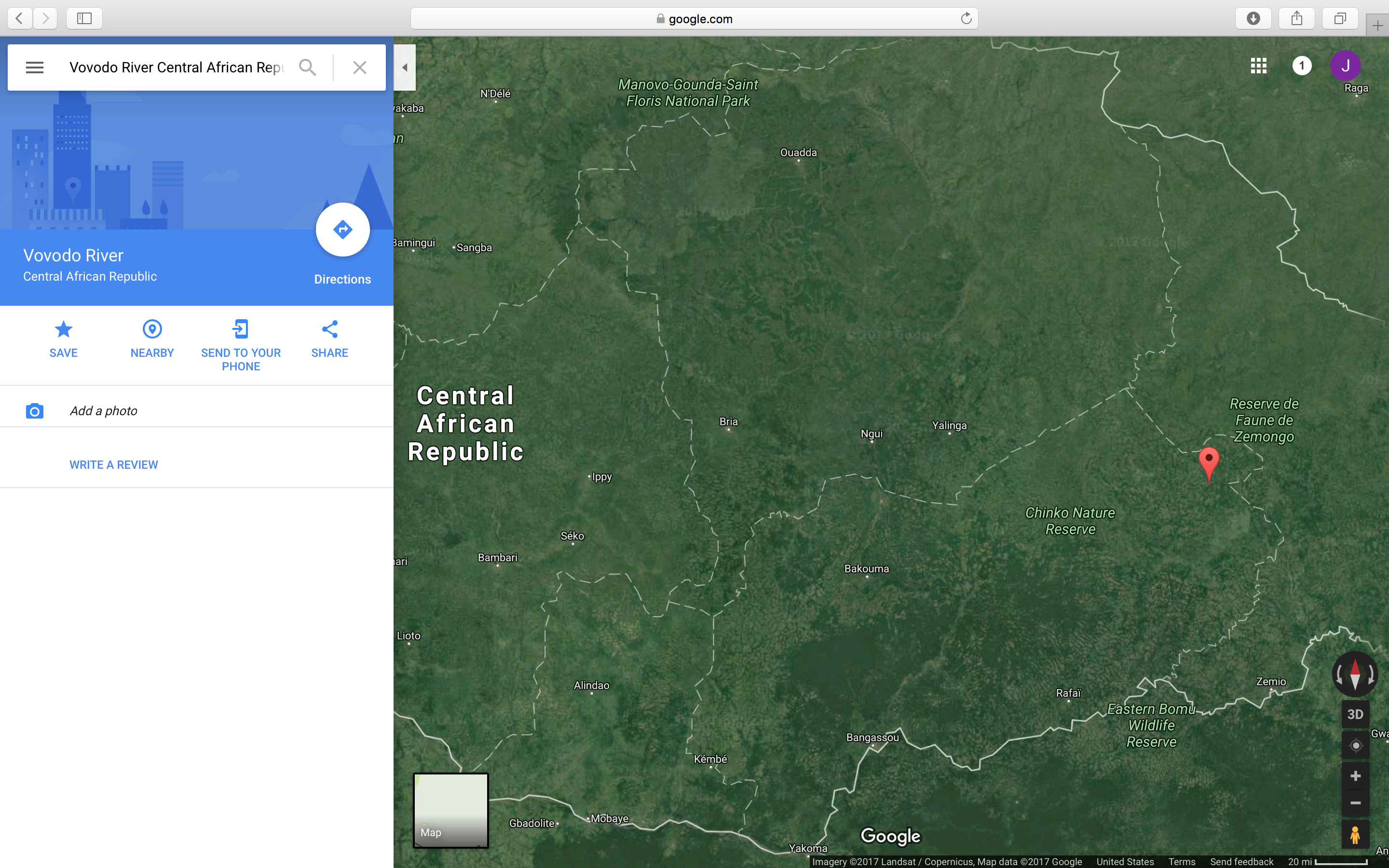 Wonder if he is still operating there? Some great pictures. Heck of a nice waterbuck.
Tommorow is promised to no one. Go live your dreams.

Brickburn is right that the charter place will take them over many the problems, but landing in Bangui is not for the faint of heart, as I understand it. Air France is again flying to Bangui (as is Air Kenya from Nairobi), but I believe it's because the French Army is keeping a bit of a lid on things at the airport. You do not venture into town, and try to get to the camp as soon as possible. And then, there is always a chance you will run into some nasty people in the bush.

I tend to ignore the US Government travel warnings, but this one is instructive:


The Department of State warns U.S. citizens to avoid travel to the Central African Republic (CAR) due to an unpredictable security situation subject to rapid deterioration, the activities of armed groups, and violent crime.

The U.S. Embassy restricts the travel of its personnel outside of Embassy facilities, and also imposes a curfew. U.S. citizens who choose to remain in CAR should have safety and evacuation plans that do not rely on assistance from the U.S. government.​
The Government of Canada has this to say:


Security conditions remain unstable outside of Bangui, despite the presence of the United Nations stabilization mission, which has been mandated to protect civilians in the Central African Republic since 2014. Armed groups that commit acts of sectarian violence remain a threat and are responsible for the death of thousands of people since 2012, including of humanitarian workers. Many areas outside the capital, Bangui, have recently seen increased violence at the hands of these groups. Security forces cannot guarantee the safety of civilians, particularly outside of Bangui.

If you are in the Central African Republic despite this advisory, take the necessary precautions to ensure your safety. Security conditions can deteriorate suddenly, and the Government of Canada’s ability to provide consular assistance in the Central African Republic is extremely limited.​
Personally, I would try Cameroon or Christophe's camp in Congo-Brazzaville. There isn't anything to hunt in CAR that you can't hunt in both those countries - at least with respect to the bigger game. On the other hand, if you want to sit on the (former) Emperor Bokassa's throne . . .

I've promised my children that my sense of adventure will stop at going to active war zones, whether I am armed or not.

Enough said IMO.
Tommorow is promised to no one. Go live your dreams.

CAWA was running into a few too many folks from Chad. Never mind the Bangui entertainment.

AfricaHunting.com said:
Here is the map of the large hunting area (in yellow) that they have access to:


The main camp is located on the Vovodo River, but I believe further north than the location pointed on this google map.

CAustin said:
I think this us an amazing animal. Can someone help me understand where you go to hunt this beast? Are there any in South Africa?
Click to expand...

Hunting Central Africa at its best.