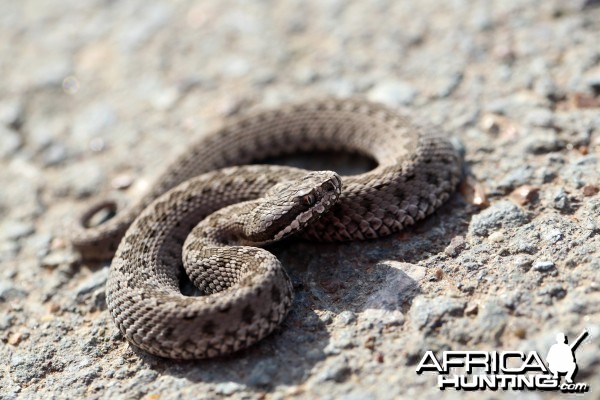 Snakes are an integral part to many ecosystems and, as an outdoor enthusiast, it is only a matter of time before you encounter one in the backcountry. Venomous snakes are most prevalent in temperate and tropical climates, with April-October being peak snakebite season. There are roughly 15-20 deaths per year in North America related to venomous snakes. The risk of dying from a venomous bite increases when multiple bites are involved and when the bite occurs in the very young, old, or in persons with underlying respiratory or cardiovascular problems. In the US, venomous snakes account for only about 20% of all snakebites and out of that 20%, many do not result in envenomation. Some studies suggest that up to 20% of rattlesnake bites are deemed ‘dry’ bites, with no venom being injected. Dry biting is a sign of maturity in the snake; more experienced snakes will use a dry bite as they try to gauge the level of a perceived threat and since snakes do not have an infinite amount of venom they will try to use it sparingly.

The majority of poisonous snakes in the US are pit vipers. Rattlesnakes, copperheads, and cottonmouth (water moccasins) snakes are in this family, known as Crotalidae. Typically, pit viper victims tend to be young males, 11-19 years old, who are bitten on the hand while trying to pick up the snake. Alcohol has been shown to be a common factor in these incidents.

The best guideline for snakes is complete avoidance. The old adage that ‘it’s more afraid of you than you are of it’ is generally true, and most snakes only bite when they feel threatened. If snakes are encountered, give them a wide berth and continue on your trek.

As there are many types of snakes, venomous vs. nonvenomous, and different types of venom, hemotoxic vs. neurotoxic, opinions on treatment methodologies can be as numerous as the different snakes themselves. However, many experts tend to agree that certain folklore treatments should be avoided. These include pouring alcohol over the bite, making an incision over the bite site, cauterization, amputation, use of electric shocks, and packing the extremity in ice. Many of these so-called treatments are urban legends. The use of suction (attempting to ‘suck’ the venom out of the bite) is controversial but all experts agree that if attempting this technique you should not use your mouth to apply suction.

Field management for snakebites should focus on limiting the systemic spread of the venom and rapid evacuation of the victim to a hospital equipped to handle envenomations. During the evacuation, you should do the following:

2.Clean around the bite site and keep the wound free from dirt and debris by covering with a sterile dressing.

3.Immobilize the limb in a neutral position.

4.Avoid the use of compression bandages unless bite is from a neurotoxic snake (coral snake, cobra, krait, or other).

For those with advanced medical training, continue to monitor vital signs, ensure airway is patent, be prepared to treat victim for anaphylaxis, nausea/vomiting, and pain. The patient should be continuously monitored for the first 4-6 hours. If after 6 hours the victim does not display any adverse signs or symptoms, it is generally safe to suspect a bite without envenomation. Support hydration orally if possible, start an IV in an unaffected limb if available. Defer food ingestion during prompt evacuations; if a prolonged evacuation is presented, nourishment will become important to support strength and health. Avoid alcohol intake. Evaluate victim’s tetanus status and consider giving tetanus toxoid. Antivenin is the only proven therapy for snakebite but only when it is specific for the snake involved. DO NOT try to kill or capture the snake for identification purposes. Dead snakes, even several hours later, can reflexively bite injecting venom causing either a second bite or biting another member of the group. Embrace technology and snap a photo with your smartphone…using the zoom!

Wherever your travel takes you, Global Rescue encourages you to do a thorough area study of your destination and research the native flora and fauna that might be harmful.

Read here about a medical evacuation we conducted for a member bitten by an African cobra in Namibia.
Last edited by a moderator: Dec 1, 2016

Very good article..Last time in Namibia we saw two cobras and one black mamba(sucker was fast)..Outfitter assured us they are non agressive as we seemed to find out..There is always the chance of a freak acident so we are going to get this insuranc this tip.,.
K

ack, if you don't mind me asking what month were you in Namibia ? I am booked for this June. I hate snakes.
Global rescue thanks for posting. Forrest

kathy said:
ack, if you don't mind me asking what month were you in Namibia ? I am booked for this June. I hate snakes.
Global rescue thanks for posting. Forrest
Click to expand...

.... re ; snakes in Namibia ; (I am the spouse & hunting partner of ACK) ; we were there for the last week of May and first week of June. The snakes are generally not too active at that time but one never knows in Namibia. Different weather conditions can cause them to be earlier or later ; Just keep your eyes open !

Funny (not so really) how cut & suck is always a no-no, but every snake bite kit made for the last 50 years has a razor blade, suction cup and bandage? I get the risk of infection issue and the dangers with cutting the wrong thing (like an artery or tendon) and making the problem worse, but if that isn't the accepted immediate responder treatment then why sell these things???
http://www.amazon.com/Coghlans-Snake-Bite-Kit/dp/B001U9RFLW
Life is not a journey to the grave with the intention of arriving safely in a well preserved body, but rather to skid in broadside, thoroughly used up, totally worn out, and loudly proclaiming, “Wow what a ride!“
K

Shehunter, thanks for the reply, for sure will keep both eyes open. Forrest
K

Brickburn thanks. Forrest
You must log in or register to reply here.