The Department of Environmental Affairs (DEA) has increased South Africa’s lion bone export quota from 800 to 1,500 a year, despite being aware that some skeletons are being exported to known wildlife traffickers in Asia. It also thereby sanctions the existence of lion slaughterhouses. 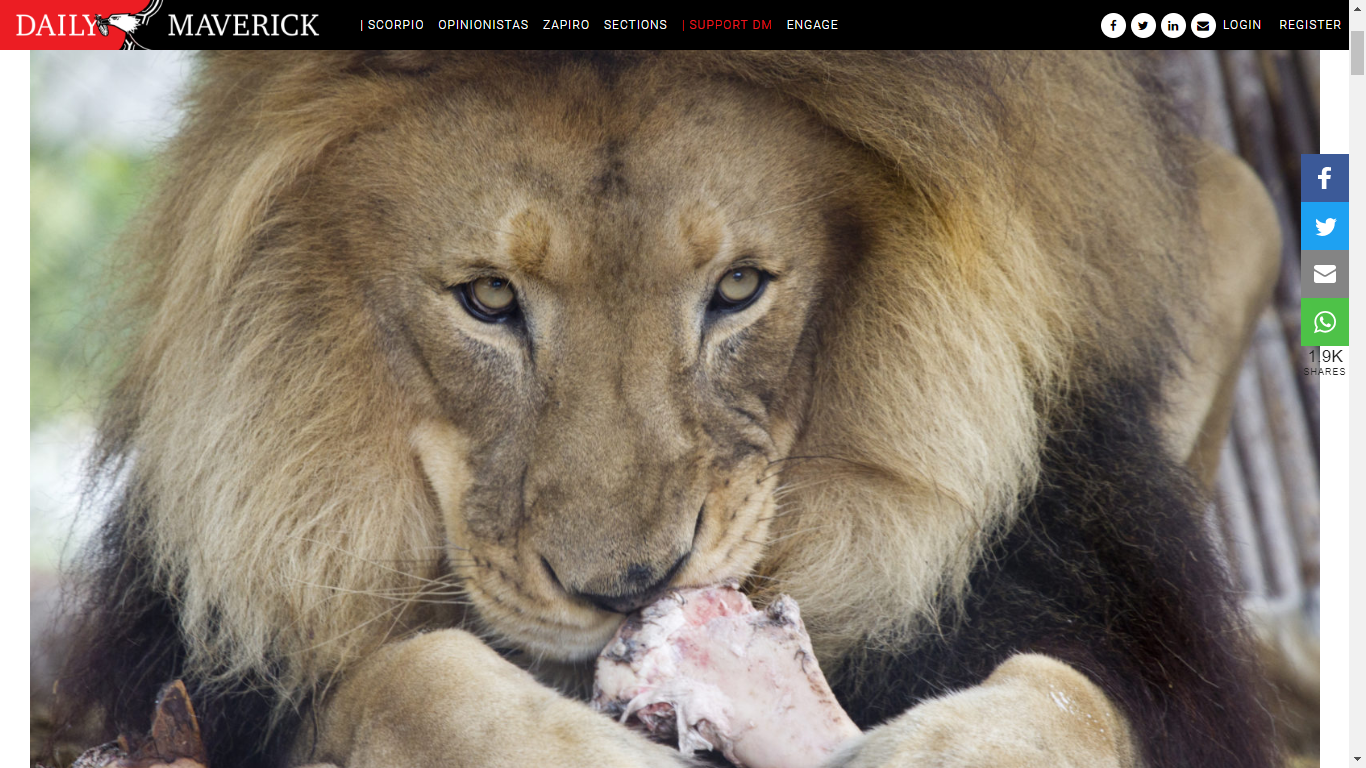 After a document was leaked in North West, the government this week finally made public its decision to almost double the lion skeleton export quota to 1,500. By chance, this coincided with the release of an explosive report,
The implication is that the “scientific” reasons given for the new quota by the DEA are untrue. Confirmation of this came from the answer by DEA’s Mpho Tjlane to a question from journalist Adam Cruise about why the quota was upped. He replied that it was increased “because they have surplus stockpiles of lion bones and they want to get rid of them”.

Very little science in that.

There’s a large issue hiding behind the word “they”. International distaste for canned lion hunting saw membership of South Africa’s main hunting associations’ (PHASA and CHASA) to the European hunting community revoked and “canned” trophies can no longer be registered with Safari Club International in the US. The resulting drop in foreign hunters has forced the industry to refocus and amplify the bone trade.

Benefits for the few

According to the Extinction Business report, that refocus seems to be benefiting very few people. They appear to be an interconnected group of less than 10 South Africans, all somehow linked to canned lion hunting and who are factory-farming lions for bone export.

“It is confounding,” Dr Paul Funston of Panthera is quoted in the report as saying, “that a country whose iconic wild lions are such a source of national pride, not to mention tourist revenue, would take such risks as to sustain a marginal captive breeding industry that is condemned globally for its shameful practices.”

According to information published on the internet by DEA in 2011, the South African traders at the time were SH Rothman, JP Wapenaar and GJ van Zyl of Hatari Taxidermy; T Cloete, Sandra Linde Taxidermy, MP Steyl of Williamson Savuti Taxidermy, and JJ van der Westhuizen of Letsatsi la Africa.

The Extinction Business, about the lion bone trade by the EMS Foundation and Ban Animal Trading.

South Africa is already the largest exporter of lion bones to mainly Vietnam, Lao PDR and Thailand, countries which are at the nexus of the illegal wildlife trade. The bones are mainly used for fake tiger bone wine, which is a bogus health drink.

In a letter announcing the quota, the DEA says the decision is based on findings from a survey (in year one of a three-year scientific research process) by the South African National Biodiversity Institute (SANBI). The survey – Interim Report 1: South African Lion Bone Trade – mentions only the 800 quota. One of the study’s key researchers seemed startled by the 1,500 claim:

“The wording of that quota letter … is a bit unclear concerning our involvement. All decisions were made by the Scientific Authority and DEA and we provided no input on what the quota should, or should not, be. We correctly excluded ourselves from this process, and we’ll clarify that soon. Since DEA weren’t obliged to keep us informed about the decision on making the quota, it might surprise you to know that I didn’t hear about it until yesterday afternoon.”

Asian importers were listed in CITES permits as S Durosagham, Sipharpra Duarseram, Vixay Keosovang, Jacek Raczka and Bounpasong Paphatsalang. Keosavang is one of the world’s most notorious illicit wildlife traders and the US has placed a $1-million bounty on his head leading to his capture, a fact that the DEA could hardly not have known.

By 2017 there were just four South African exporters listed on CITES permits and seven importers in Vietnam, Lao PDR and Thailand. A number of importers the report found to be dodgy.

“Although the official CITES export permits contain a name and address of the supposed exporter and importer,” says the report, “many of the destination addressees and addresses could not be satisfactorily verified, have little or no public profile and in some cases may be linked to illegal activities.

“Moreover, there are no telephone numbers or identification or passport numbers on the permits which makes them even harder to authenticate or validate.”

However, using Facebook trawls, the report’s researcher in Asia linked a number of recipients on the permits to poaching and black market trading.

According to the report:

“The fact that South Africa was issuing CITES export permits to criminal syndicates and questionable destinations after they had knowledge of the Keosavang Network speaks to gaping loopholes in CITES permitting mechanisms.”

One of the key problems with the global trafficking of wild animals and their body parts is that the key players often diversify, own mainstream businesses and have powerful and complicit connections in government.

Despite this, The Guardian newspaper found that each of them has been supported by deals with the Lao government. Despite Keosavang’s clear involvement in wildlife slaughter and trafficking cases in Kenya, Mozambique and South Africa, he has never been arrested.

The Laotian government has ignored international pressure and has authorized similar agreements with other companies with a track record of wildlife crime, such as Vinasakhone and Vannaseng.

When the original quota was legalised in South Africa, the DEA claimed the bone industry was merely aby-product of the trophy hunting industry. If so, the skull, jaw and clavicles would be absent from the skeleton exports because they’re required to mount a trophy. However, Extinction Business researchers found that 91% of the skeletons that went out in 2017 included skulls:

“It can therefore be concluded, contrary to claims from government, that South Africa’s lion bone trade is not simply a by-product of the canned trophy hunting industry. Big cats are being commercially bred for their bones.”

The shift from hunting to bones has necessitated industrial-scale killing. Earlier this year a whistle-blower – Armand Gerber, a manager at Predator’s Pride – disclosed the existence of a lion slaughterhouse in theFree State established to kill lions for their skeletons. It is situated on the farm Wag ’n Bietjie in the Glendistrict outside Bloemfontein and owned by Andre Steyn.

Lion farmers told Beeld journalist Marietjie Gericke in that there were more lion slaughterhouses in theFree State – including one in the Winburg district – and that at least 400 lions had been killed there in the past year.

There is also evidence, says the report, that some of the local traders are cheating.

“Given that the mean average of a full lion skeleton is nine kilograms, our examination of a sample of 10 skeleton consignments exported in 2017 indicates that the individual skeletons actually exported on average weighed between 11 and 30 kilograms, indicating multiple skeletons per consignment.”

This means exporters are exceeding the quota – unchecked by CITES.

There are now serious concerns by some politicians and civil society environmental organisations about the DEA’s understanding and, more important, its intentions in dealing with the canned trophy hunting industry and how so few people can seemingly hold the country to ransom over such questionable trade.

These concerns appear to have reached the Parliamentary Portfolio Committee on Environmental Affairs. On August 21/22 it will be hosting a colloquium on the issue entitled Lion breeding for hunting in South Africa; destroying or promoting the conservation image of the country?

Responding to the bone quota, IFP Chief Parliamentary Whip in Parliament, Narend Singh, said “these appalling policy initiatives by government, which fly directly in the face of international best conservation practice, beggar all belief and raise serious questions as to the motivations that inform them.

“The practice is nothing more than a commodification of an apex African predator for the pecuniary benefit of a small handful of people, at great and distressing expense to Brand South Africa.”

“DEA’s peculiar (and many would argue incomprehensible) interpretation of ‘sustainable use’ means the industry is de facto fully supported by the State, despite widespread opposition to the practice which is considered extremely cruel, linked to international criminal networks, a threat to Africa’s wild animals population and run by a small monopoly of operators purely for financial gain.”

In the light of the involvement of organised criminals in the ongoing poaching of rhino and the difficultiesin controlling this activity, asks the report, how will, South Africa prevent laundering and other illegalactivities with regard to the lion bone trade?

When asked about the welfare of lions bred for the lion bone trade, DEA spokesperson, Albi Modise, brushed it off.

“The welfare of captive-bred lions is not our concern as it falls under the mandate of the Department of Agriculture and Fisheries.”

I don't particularly see anything wrong with this. If lions are being specifically and legally farmed for their bones this is filling the market demand for lion bone in asia and could protect wild populations from poaching. If there is a large legal supply of a commodity the price will drop...

I don't see how farming lions for their bones is any different from farming cattle for their meat and leather...

Did the anti’s think they would not find an alternative market for their product.

Dragan N. said:
I don't see how farming lions for their bones is any different from farming cattle for their meat and leather...
Click to expand...

You are 100% correct.
Cattle, sheep, hogs, venison, chickens, turkeys and lions, they are all the same. I know it’s a hard concept for some people to comprehend, but in the end they are all animals used for human consumption.
Keep on rockin' in the free world.
I have spent most of my money on women and hunting, the rest has been wasted. 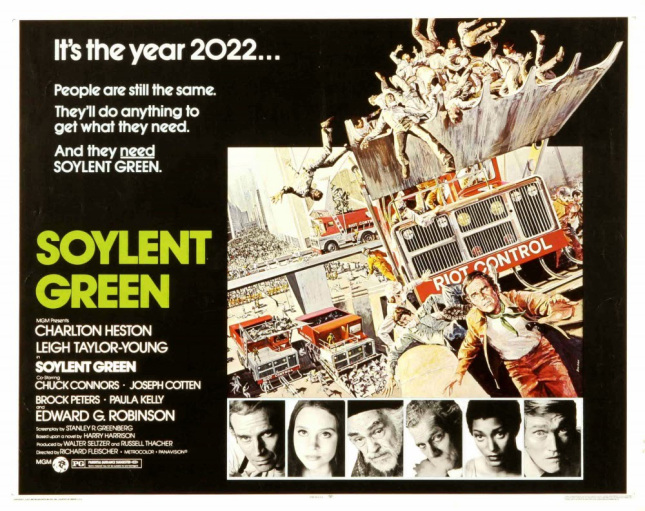 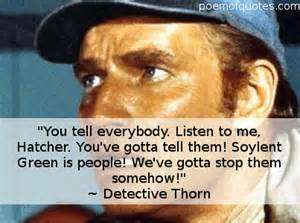 A friend of mine was offered a male lion at a very low price. The catch was that he could only take the skin, as all bone and nails were for export to China.

The hunt took place, and he had all the necessary documents to export his skin.
You must log in or register to reply here.