Opposite Pole said:
What magnification range would you go for on the scope?
Click to expand...

3-15 or 4-16, something in that range. When mountain hunting I find that the higher end magnification is good for inspecting animals a long way off. Then the stalk begins.

When you get a mountain rifle you will suddenly need to find out how far you can shoot with it. You will search out a rifle range of much more than 100m, hence the high level magnification.

Tra3 said:
3-15 or 4-16, something in that range. When mountain hunting I find that the higher end magnification is good for inspecting animals a long way off. Then the stalk begins.

When you get a mountain rifle you will suddenly need to find out how far you can shoot with it. You will search out a rifle range of much more than 100m, hence the high level magnification.
Click to expand...

Perfect! Shooting at 500 will make a 300 yard shot seem easy! I hunt a lot in the mountains and we regularly run out of cover on a stalk and have to shoot 300-450 meters.
Montana Antelope hunting can end up with even longer shots when on open grassy foothills.
Check out Harris bipods.
And make sure to get in trips to the 500m range when the wind is really blowing for practice in poor conditions. (But I bet you know this!)
IMO, a single shot rifle is for when one decides to make hunting even harder and trust one’s ability to make that one shot count. I am a big fan of muzzleloader hunting for that exact reason.
V

So many of the answers here don't match your chosen rifles with the cartridges available for them. You have already covered all likely uses for a single shot hunting rifle with your chosen 5.6, 30R Blaser and 9.3x74R. For the specialist mountain hunting cartridge, you certainly could choose a 7x65R for flat trajectory, low recoil, and good effect on sheep and similar game. But would it give you something the 30 R Blaser does not? I don't think so. Recoil is about the only negative when comparing the .30 R Blaser to the 7x65R.

Some very interesting answers so far, Opposite Pole, but they puzzle me a bit because they are not what one would have expected.

I grew up around Chamois hunters in the Alps, then hunting Chamois, Mouflon and Bouquetin (Ibex) myself for close to 40 years, then hunting more recently mountain game in Africa (Vaal Rhebok and Mountain Reedbuck), and my thoughts are a bit different.

2- Very few hunters I frequented in the Alps shot anything heavier than 130 gr. That was typically in the .270 Win. Old hands who used their pre-war 6.5x54 Mannlicher Schoenauer 1903 did shoot heavier bullets, but this was just because it was all that was available, and the typical RWS or Hirtenberger 6.5 mm loads used 105, 120, or 125 gr bullets. And these were traditional cup & core bullets... Those we used the .243 Win - or the better 6 mm Rem (the 7x57 Mauser necked down to 6 mm, therefore essentially a 6x57) - typically shot 100 gr bullets, and while it lasted, the .270 Win load with 100 gr was considered one of the deadliest loads.

Again, nothing wrong with the 7x65R but objectively, there are better mountain caliber, when it comes to flat trajectories, and mountain game typically does not require big calibers and heavy bullets, although of course they will work

3- In terms of scope magnifaction, I have yet to understand how can one need more than 10x on a big game rifle, but admittedly the fashion is toward ever bigger and more powerful, which is fine and dandy until you end up desperatly searching for your animal in a mega magnification scope cranked all the way up and offering, by force, a very narrow field of view...


In conclusion, Opposite Pole, I would think that in term of "modern" flat shooting calibers, one would be hard pressed to get a better mountain rifle caliber than, take your pick: 25-06, .257 Wby, .26 Nosler, 6.5x68 (for our European friends), etc. The 6.5x55 will always be in the run, but its trajectory suffers a bit at longer range. Some will suggest the currently fashionable 6,5 Creedmoor, although its reputation is about clicking scope adjustments and punching paper at set distances - which is a little different from mountain hunting - but for my money it does not shoot flat enough.


See Ron Spomer's 2018 piece on what could apparently serve you well: single shot Merkel kipplauf in .257 Wby. I think that AH does not allow posting links, but you can google it under "SPEED DEMON 257 WEATHERBY MAGNUM." My experience, like the experience of many, is that the little .257 WBy / 100 gr kills way out of proportion with its diminutive size, especially with modern mono-metal slugs such as the TTSX, the ETip, etc. and it is almost recoil-less which is a blessing in a light mountain rifle... 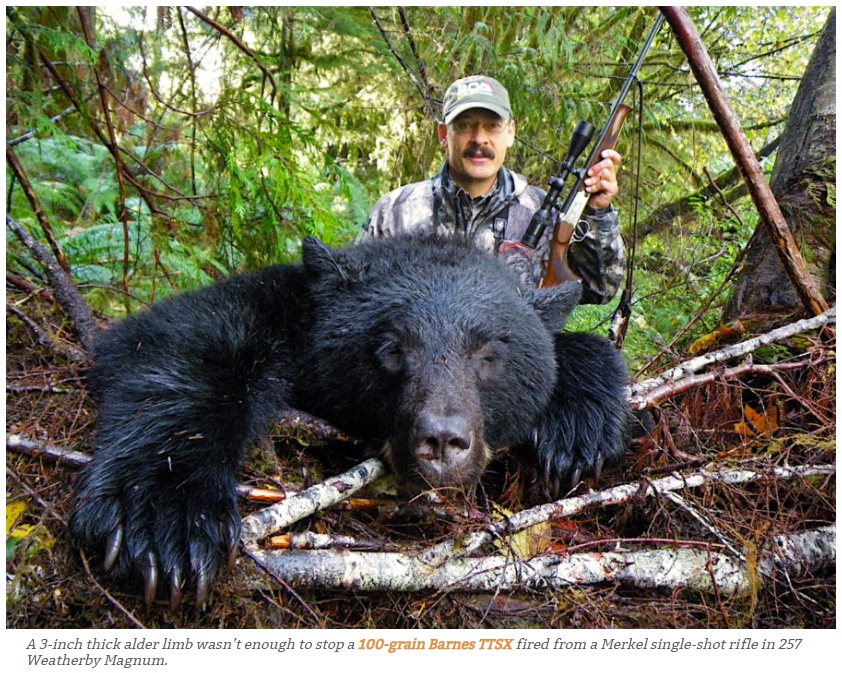 one day,
agree or disagree, that was a good post.
bruce.

bruce moulds said:
one day,
agree or disagree, that was a good post.
bruce.
Click to expand...

@One Day...
Great post. One question.
What is the weight of these mountain rifles desrcibed in your notes?
My guess is, a bit lighter then ordinary all around magazine rifle, in .30 cal?

my favorite mountain toting rifle is this browning low wall in .260. 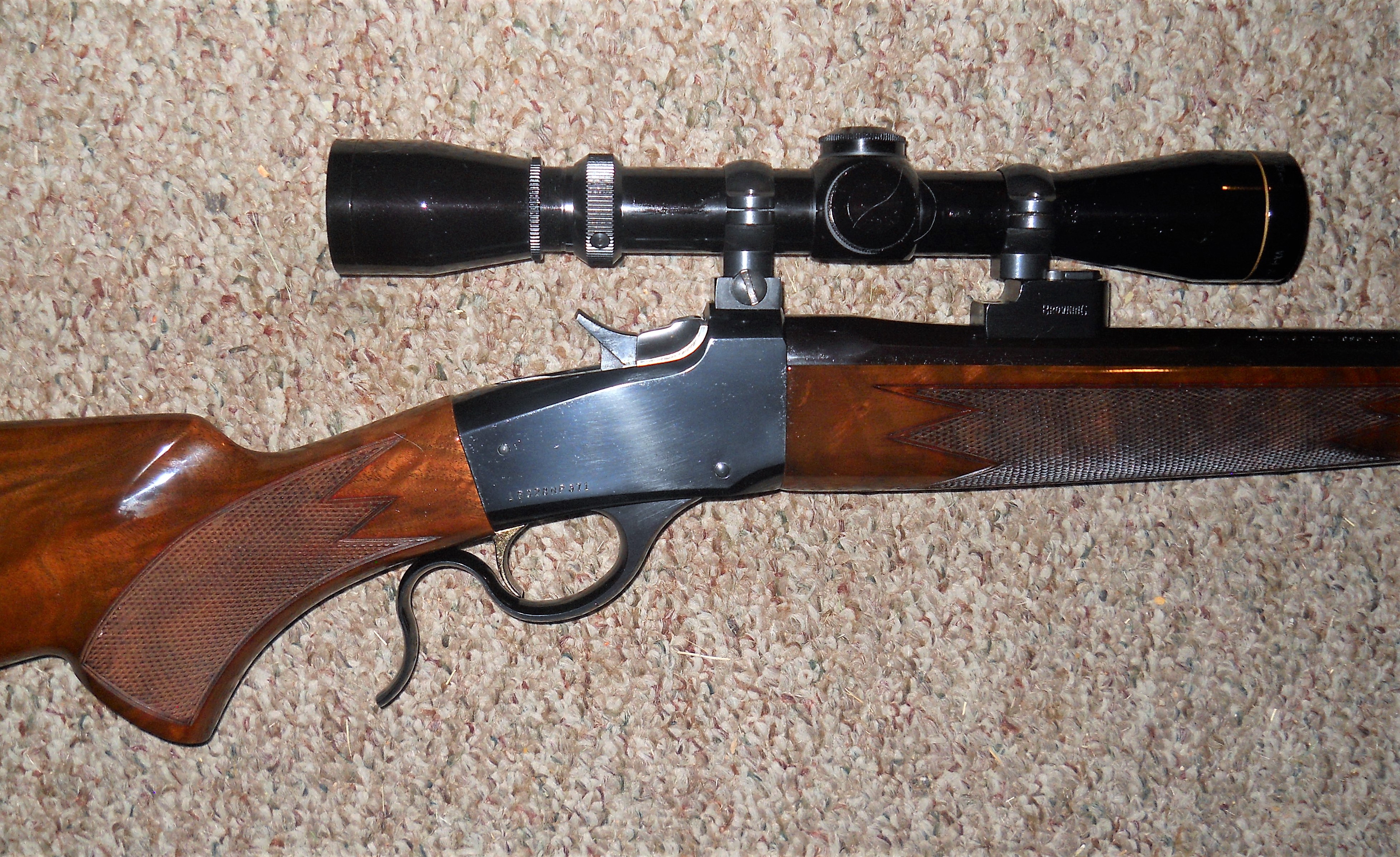 I need to buy a single shot rifle. It seems that my life and gun cabinet are incomplete without one. This is a very serious situation I have put up with for far too long and can no longer tolerate. (Yes yes, good evening everyone, my name is Jakub and I’m a rifleholic…)

At the moment I’m looking at Blaser K95, Krieghoff Hubertus and Merkel K3/4. I wanted the gorgeous Johann Fanzoj KB-1 but it is too pricey.

I’m going to order the gun with several barrels and need advice. I’ll be getting a rimmed 5.6 of some flavour as well as 30R Blaser and perhaps a 9.3x74R, though I’m unsure about that one at this stage.

Now, a handy lightweight stalking rifle like that seems like the perfect gun to take mountain hunting and as such I need a mountain calibre. Trouble is I have no experience hunting mountain game such as Chamois or Sheep or Goats so would appreciate any advice. What kind of distances are they usually shot at? Are these tough animals that require heavier bullets? What calibers should I be looking at? Perhaps the 30R Blaser will cover it for me? Ballistically it’s somewhere in between 30-06 and 300WM. I’m a handloader so ammo availability is not a concern. Due to legislative stupidity it will be far better for me to buy the gun with all the barrels at once rather than buy additional ones later. Also what type of scope would you put on such rifle for mountain hunting?

@Opposite Pole.
What about a 26 nosler for your long range sheep rifle.
Bob
You must log in or register to reply here.

S
Ideal calibre for sport/target shooting for my Sons
2