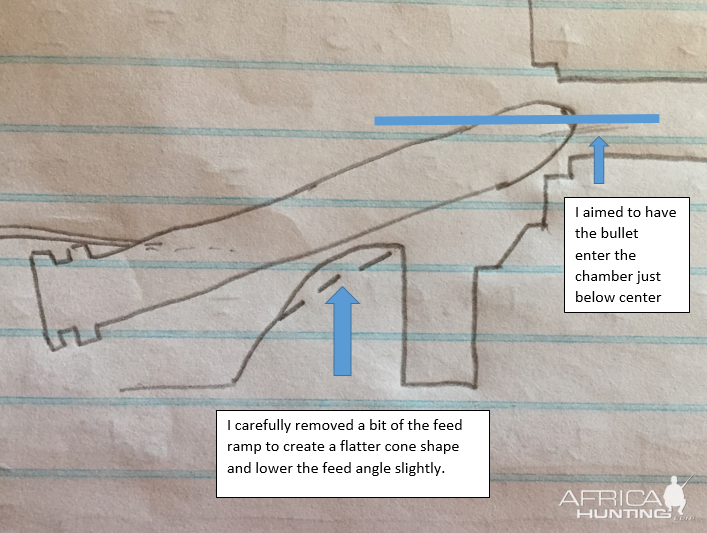 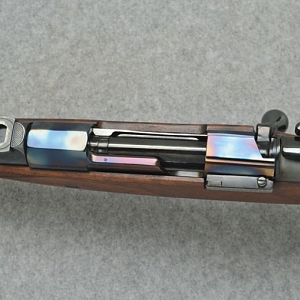 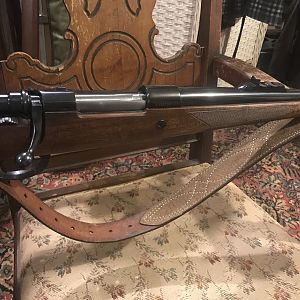 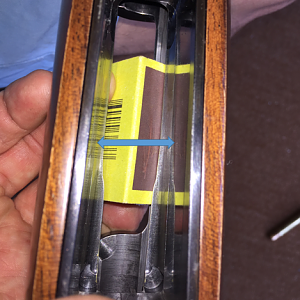 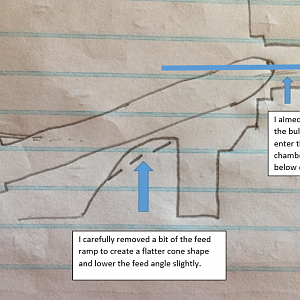 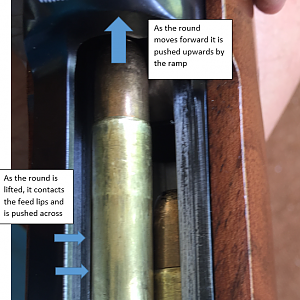 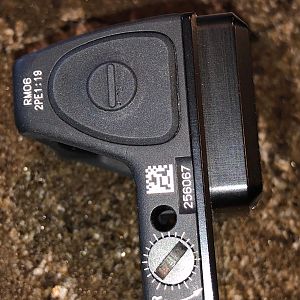 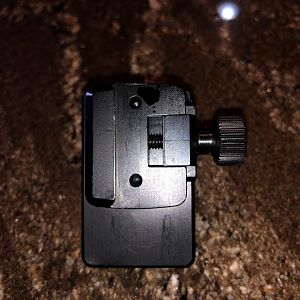 I sloped the feed ramp to give a shallow angle of entry into the chamber but beware, the back of the feed ramp is the locking lug surface. A shallow angle of entry means that the camming of the bullet that slides it up the bolt face and out of the feed lips is easier. The bullet should enter the chamber just before the case leaves the magazine feed lips.After removing a bit of the feed ramp, I marked the feed lips with a marker where they pushed the case across too much and removed them with a file. I used small slips of paper to help, sliding the paper between the feed lip and cartridge to see where it was touching. The main problem I had was just as the bullet gets close to the chamber mouth, it is pushed wide and catches on the chamber mouth even after the feed lips are no longer touching the cartridge, apparently it is a common problem with CZ, especially when feeding from the left side. At this point I found that if I pushed the cartridge straighter, to line up with the chamber, it sprung back. It must be to do with the magazine and magazine spring because that is the only sprung part that is involved. I wracked my brains for a while and remembered Von Gruff’s post about Proper Magazine Layout. In that article, it states that if the magazine box is too narrow, it will cause crossover. That was what I was experiencing so I measured the box in the critical area where the bullet entered the chamber and it is 2 mm narrower than suggested by the formula in the article. So with much trepidation, I started removing material from the inside of the magazine box on the left and right. As I did so, the bullet slowly moved more central each time I tried it. I removed about ¼ mm on the left side. As the magazine box was widened, the cartridges stack more widely and this changes the tension on the bullet and the angles that are applied. Below is a photo with a matchbox to indicate the area and cover up irrelevant parts. The arrow indicates the width of the box.
Click to expand...
There are no comments to display.