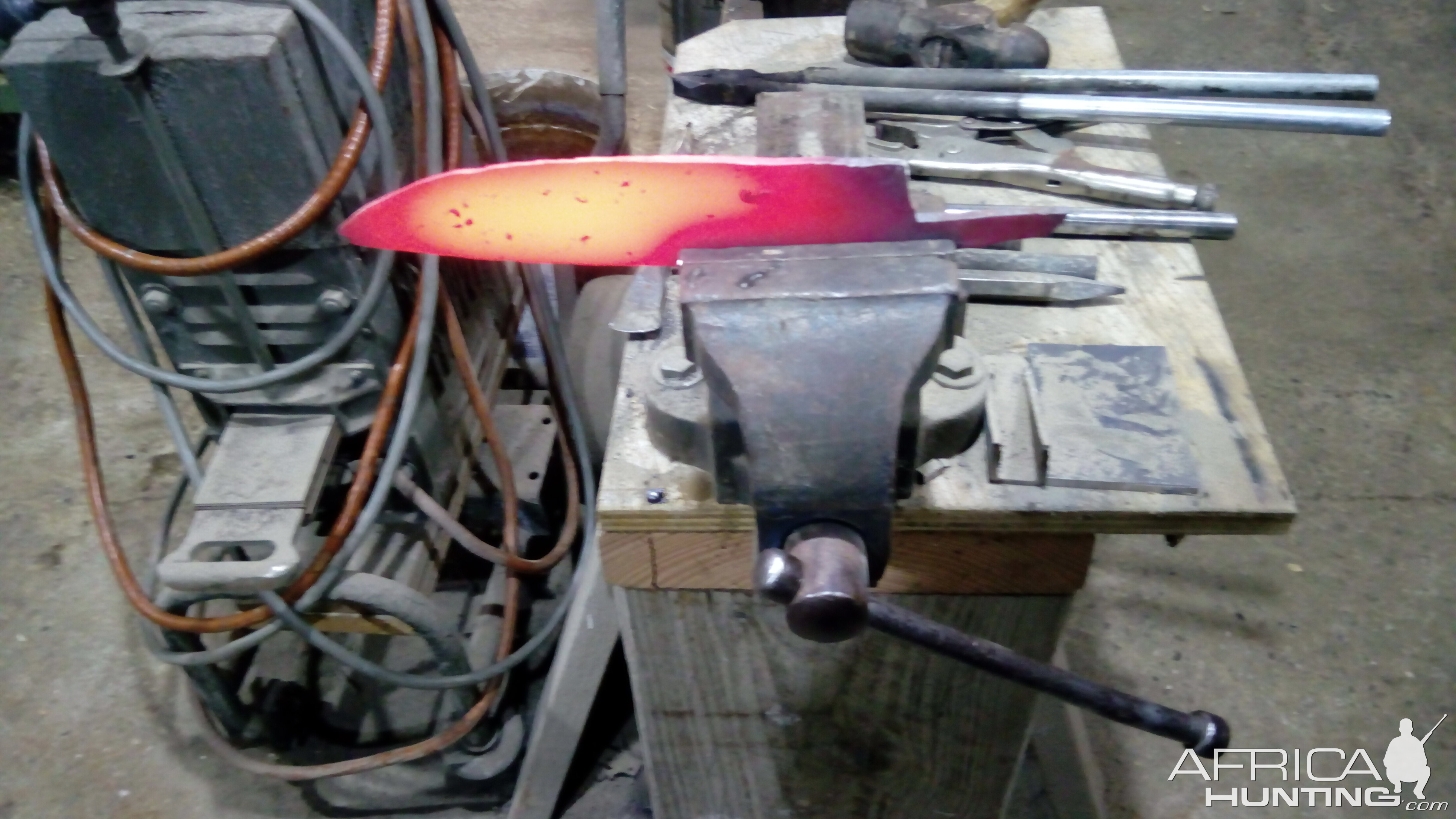 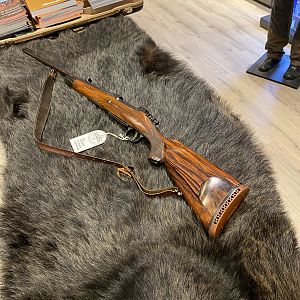 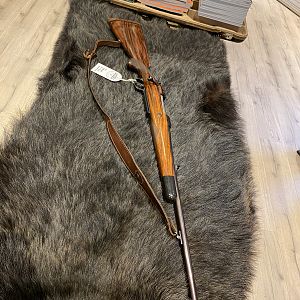 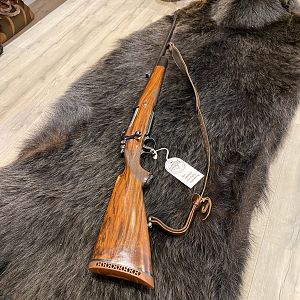 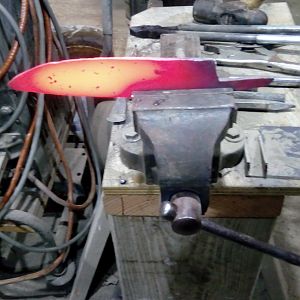 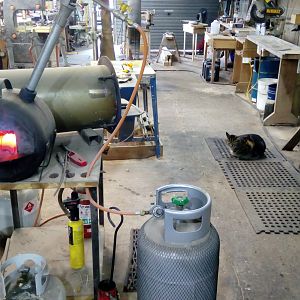 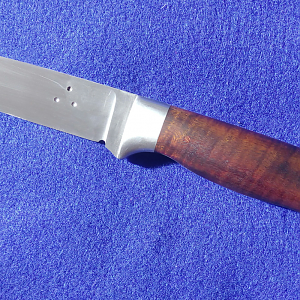 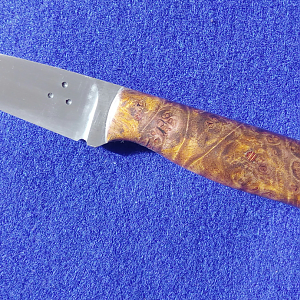 Had a play at the forge this afternoon after being inspired by the thread @Gert Odendaal started but didn't want to interrupt his teaching. I often get short pieces left from the bars I cut the blades from and have been giving them away to those who forge here in NZ but decided to have a go and see if my hand would stand the hammering. Have finger damage from lifetime of using hammers etc in the building industry and was surprised that it held out for this but I wouldn't want to do it every day. Neighbors cat has adopted me and is often in the shed and I know the grinder going dosent bother him but though the hammering might. His camping up on one of the soft mats says it dosent.
I managed to gain near 2 1/2 inches from the short end of steel so quite pleased although didn't get the tang stepdown as I would like it so may have to revisit that area. Fairly sure I can salvage something from this exercise. Have it normalised (3 times) and cooling in the vise till I get back to it
Click to expand...
There are no comments to display.