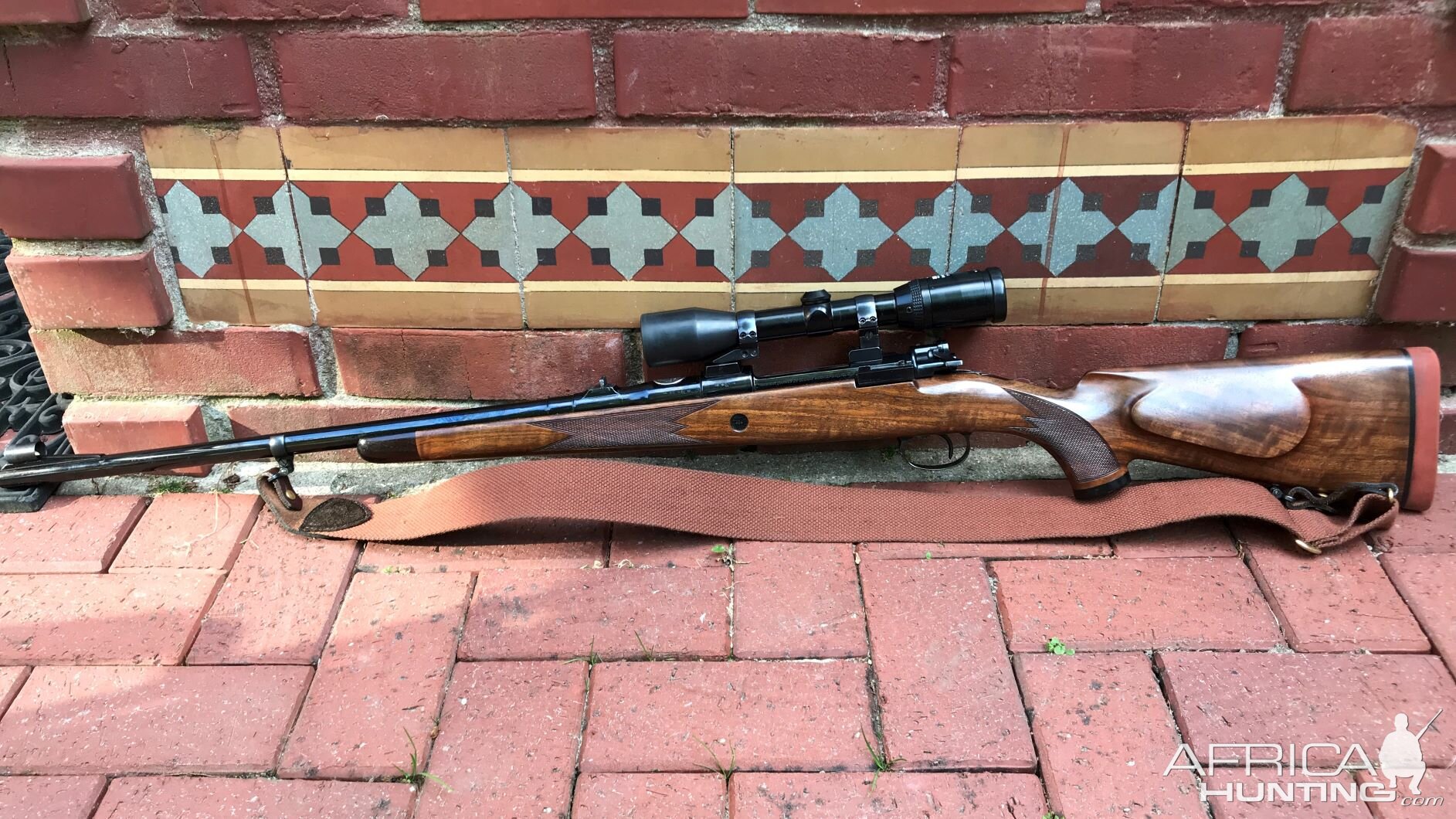 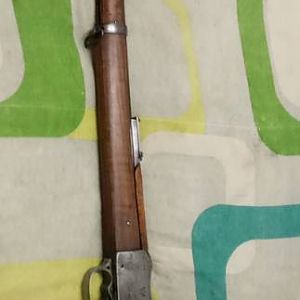 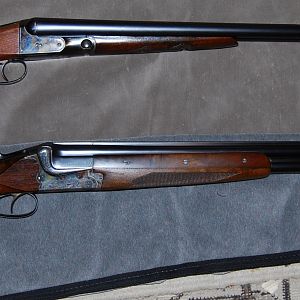 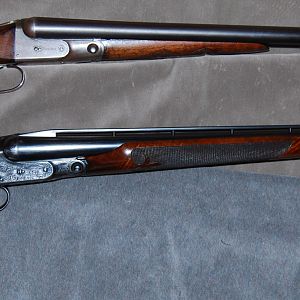 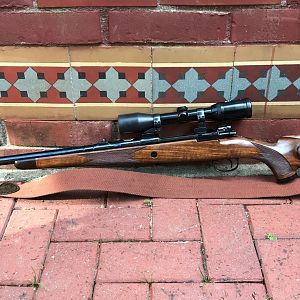 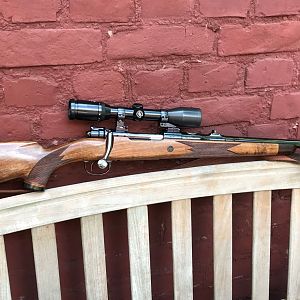 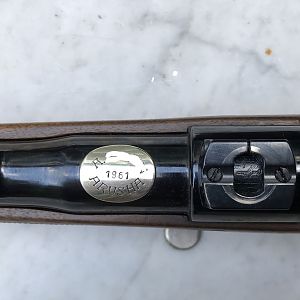 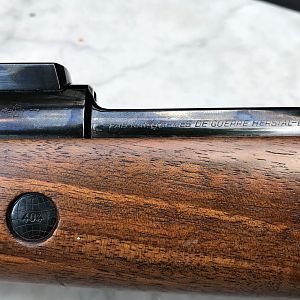 I like and prefer those FN- sporting rifles too - their action is very smooth, reliable and they show so much craftmanship.
Many years ago, I visited an old friend of my father, who supported my first hunting steps. He was an african hunter, who owned a farm nearby Outjo in Namibia. He showed me some of his hunting rifles and shotguns, when my eyes felt on an big 98-Mauser rifle with an badly cracked stock. The complete rear stock is missing, broken by the grip. The owner told me, that he preferd using this rifle on his hunting trips till the day, when it fell out of an running hunting vehicle. My interest grew, when I saw the caliber oft the sporting rifle - 404 Jeffery – and that it has a solid side wall receiver and was made by the well known FN factory. The owner noticed my interest and at the end of the day, I leave his house with an Winchester 101 super grade shotgun and an half FN–mauser action big bore rifle donated by this generous man. I think you can comprehend, how happy I was about this unexpected present.

The FN-Mauser was fitted with a today vintage 3-9 x 36 Diavari C - Zeiss scope and a strong and reliable EAW-Mount. When you look from above, you can see the FN-Logo on the receiver top through the front mount hole. Im sure that the rifle has already been refurbished and reblued, because the stamps are a little bit flat. The bolt knob is wonderful engraved and the stock abutment shows on one side a symetric flower engraving and on the other side the „404“ in the middle of an globe engraving - great! 404 all over the world. The magazine box/trigger guard and the magazine bottom plate were factory scroll engraved.
The rear sight was probably changed sometimes into an strong one blade sight. The 3-position safety lever was changed by the preowner into a later 2-Position left side lever, because the scope doesnt allow the three position lever (great luck- the original lever was found in the gun cabinet). On the right receiver back bridge are two (factory) drilled holes for mounting an lyman diopter sight.
Very interesting is the silver plate which is welded on the barrel. A preowners name is engraved, the year 1961 and the tanganjikan town of Arusha. I researched that the name belongs to an famous professionel hunter, who was working for a big safari company in Arusha in the late fifties and early sixties. The preowner requested me not to mention the name oft he preowner, so I respect his whish and erased the engraved name on the foto.
The cracked barrel was replaced by an high quality Mauser stock - I was not able to get an original FN stock for a rifle like this. I bought a later safari grade rifle in 7 RemMag (with the mentioned salted wood stock), but the stock is different because there ist the safety deepening behind the bolt, which doesnt have the older models.
I visited the FN museum in Liege/Belgium and asked for the history of such sporting big bore rifles. Everyone was helpful, but the only information I could get about the 404 is, that the rifle with this big bore-cartridge is rare and was built in the Fifties. The production began in 1948, which was also written down in the "Mauser Oberndorf sporting Rifles" by Jon Speed (page 302). Sadly, they curators could not answer how many rifles in that configuration (with the wing safety, the massive mauser bolt stop/ejector) were built. But as a consolation I got an original Safari Grade brochure from the seventies, which included the later sporting rifles like my later bought 7 RemMag-model from 1970.


Shooting precision oft he 404 is excellent and the scope is very clear, compact and functionel with the wide adjustable magnification and the 30/30 reticle.
It would be interesting which serial number Peters 1983 FN- Rifle owns. The serial number of my rifle is 4027x (last number is replaced with the x) and it is stamped on the right side of the receiver. The caliber stamp „404“ on the barrel is different on both rifles – my rifle has only the „404“ stamp without calibre stamp.
Click to expand...
There are no comments to display.