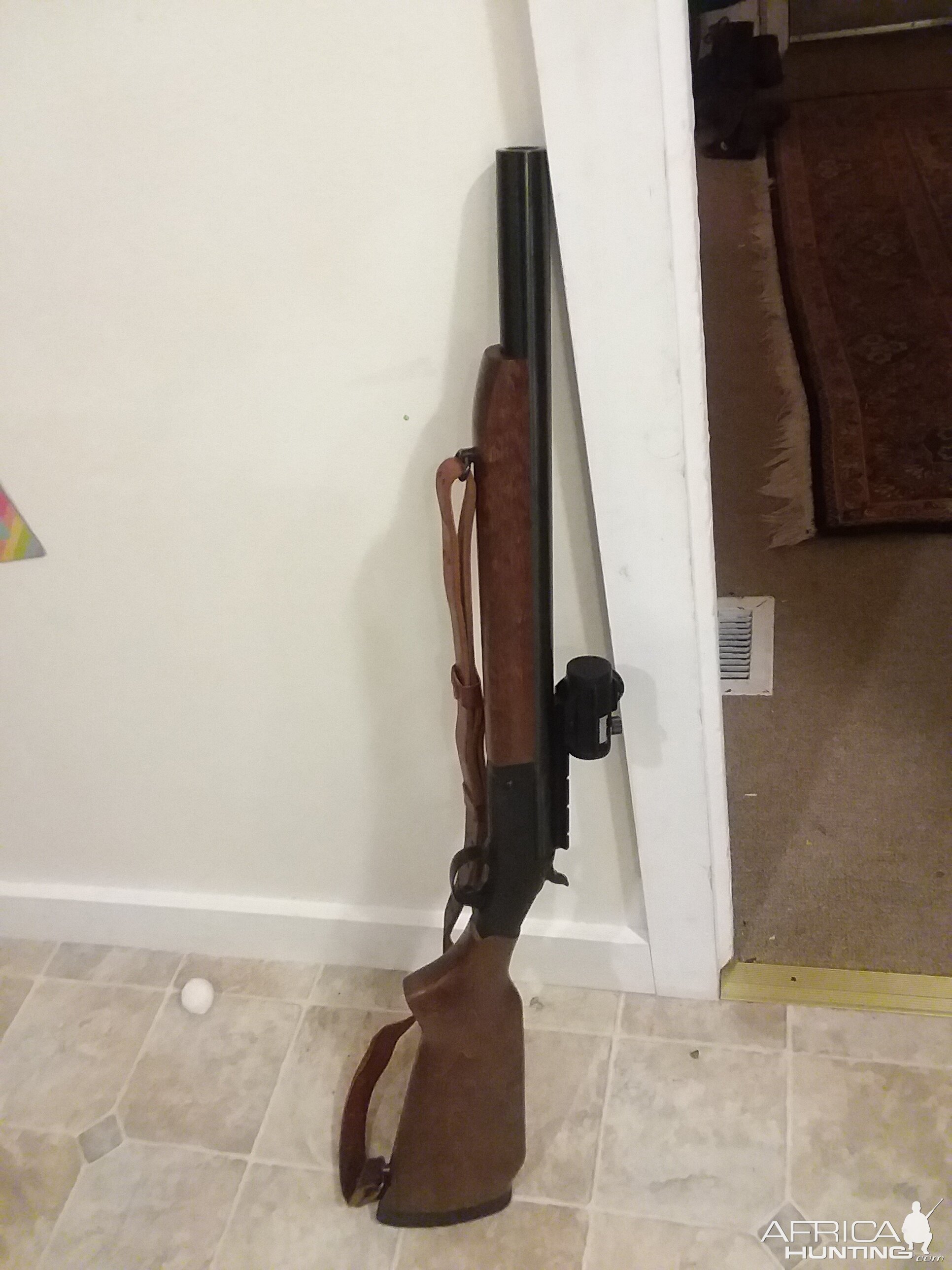 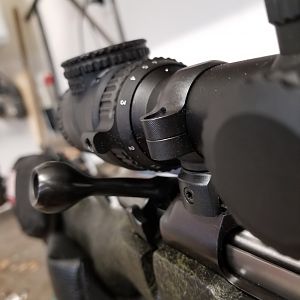 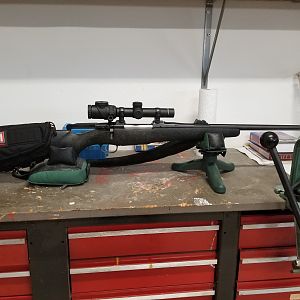 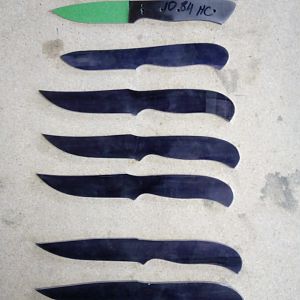 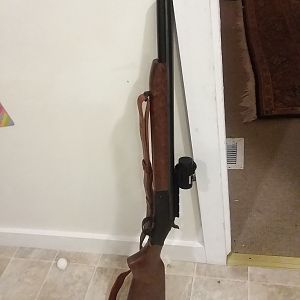 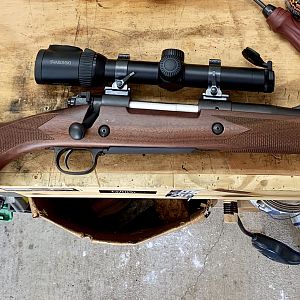 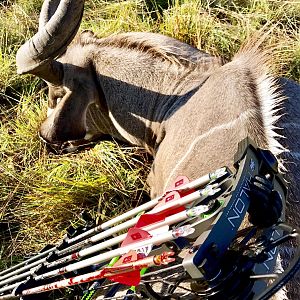 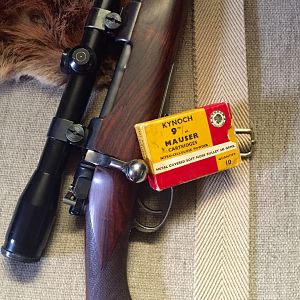 So the bolt action 12 gauge is gone. I bought an H&R ultra slug to replace it. They are stoutly built with barrels the size of a 20mm cannon and an action that will handle the pressure of heavy slug loads for years to come. It got the same treatment :

So I loaded up some of those punkin' chuckin' rounds with 32 grains of blue dot. Average velocity with 2 x 1/2" veg fiber cushion wads, capped on each end by a nitro card and sealed with a gas seal was 1,008 fps. I don't know if I want to much beyond that. Even as the rifle sits, it weighs around 8.5 pounds and recoil is starting to get fierce. Calculated momentum puts this round up in about the same category as a .375 H&H loaded with 300 grain bullets. Even though energy is only just over 1,700 ft-lbs.

Still playing with it but I like that load, now I just need to sight it in.
Click to expand...
Reactions: Vanguard2279
There are no comments to display.