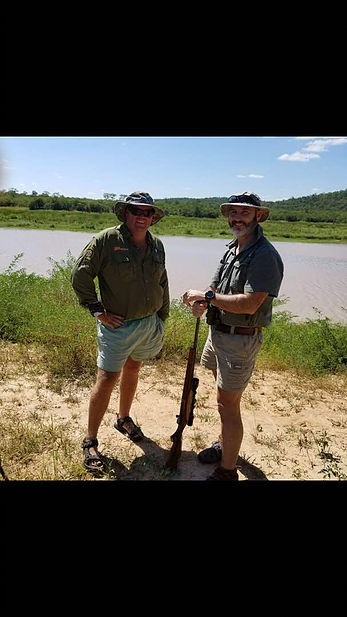 My client and I arrived at Sijarira camp on Lake Kariba , we would be hunting hippo and crocodile in Chete safari area . The reason we had booked this here is the size of thecrocodiles we had shot here in the past.

We went out on day one found a good hippo bull and brained him perfectly, the problem was ,how the hell to get it out the water with just the 4 of us and no access for a vehicle to get close by to load. Well with a lot of huffing and a LOT of choice words we managed to roll him into some ankle deep where we skinned the bull ,by the time we finished skinning there was a huge amount of croc activity so we quickly built a blind sent the boat off and settled in. 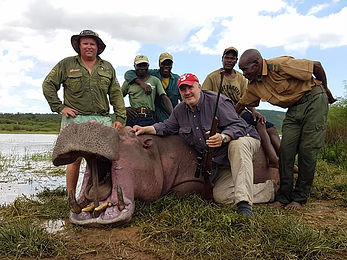 We were discussing shot placement when the first few crocodiles came in ,they were 12-13 ft long 30 mins later a big male came to feed. 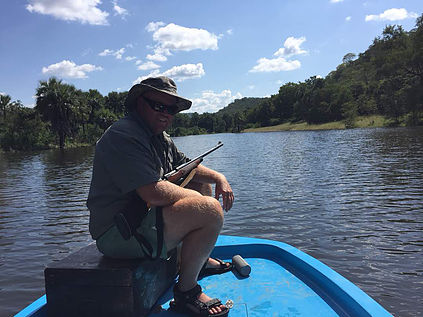 My hunter said he had a clear shot and took it, spining him perfectly and what a brute stretching the tape to just over 14ft long and weighing at least 550 kg ,it was high fives all round as it was just past noon on the first day and we had two great trophies in the salt. 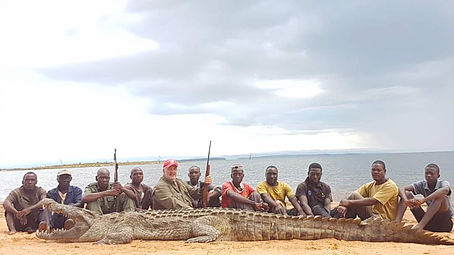 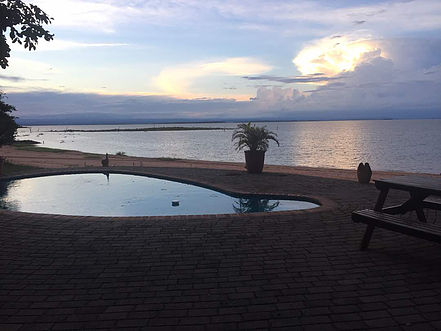 Nice animals. That is really getting your trophies fast. Congrats
Bruce

Great luck with the Hippo bringing in the crocs! Did you all land any good tiger fish?

Wow. Getting a nice Croc and Hippo in one day, is excellent. Good job!

Well done.
Tommorow is promised to no one. Go live your dreams.

Oh my jealous alarm is going off! What an outstanding day!
A picture of a nice tigerfish would really top it off! They are beautiful!
Africa on my mind.
You must log in or register to reply here.