I just returned from my third attempt at bagging a Leopard. This was a second try with Jonathan Collett at Touch Africa Safaris right next to the Bubeye Conservancy in southern Zimbabwe. On my first try with Jonathan 2 years ago we had nine cats on baits but they were all females. My first attempt 4 years ago at another location was cut short by an accident that resulted in an injury for which I had to rely on Global Rescue to get me home for surgery. As I left home on the 10th of April I was lamenting the fact that in 21 days of hunting Leopard, I had yet to sit in a blind. So I packed up my bride of 40 years and we struck out again.


Now it was all over but the pictures and the stories. This was a 35 year dream for me and it had taken 26 days of hunting to fulfill it. It was worth every minute of it!


The pressure was off now. Cat down 5 days into an 18 day hunt. We spent the next 10 days leisurely cull (market) hunting. I shot several Zebra, Wildebeest and a Giraffe that didn't look as good as it should. Lots of fun stalking these animals in the thick vegetation we still had at this time of year. Everything went immediately to the skinning shed and walk in cooler and at the end of that time was loaded into a refrigerated truck and hauled off to Bulawayo to a meat processer. It will all go into jerkey, sausage and brauts etc. The cash flow serves to meet month end payroll. Just good management of the resource. Following that I finally got my bride to Vic Falls on the third attempt. The first try was cut short by injury and 2 years ago we planned to go but after the hunt when we got to the airport in Bulawayo we learned that was the day Air Zimbabwe ceased to fly!!!


This ended up being a perfect hunt. I can't say enough about Jonathan and Touch Africa Safaris. The accomodations and food were fantastic. The entire Collett family is first class, and after 2 trips we seem to know them all now. Right down to Steven and Susie's lovely little girls. Trophies all go to Steven at Collett Wildlife Artistry and there are no worries. I also wish to thank Terry Wagner for his efforts as well.


The first picture below is of 2 mature kudu we found fighting in Chobe National Park. 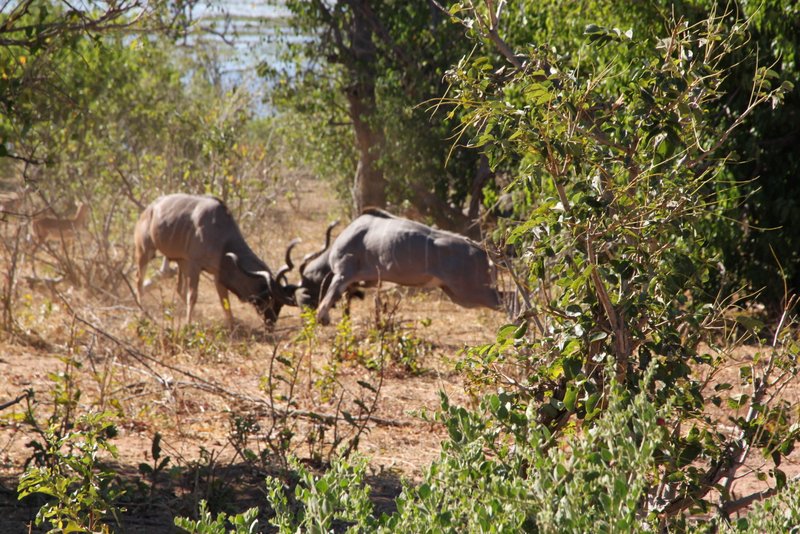 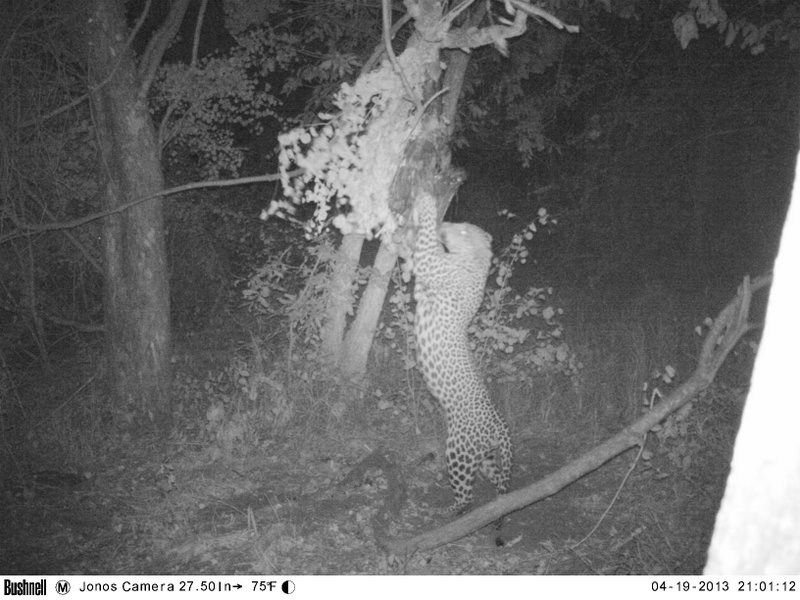 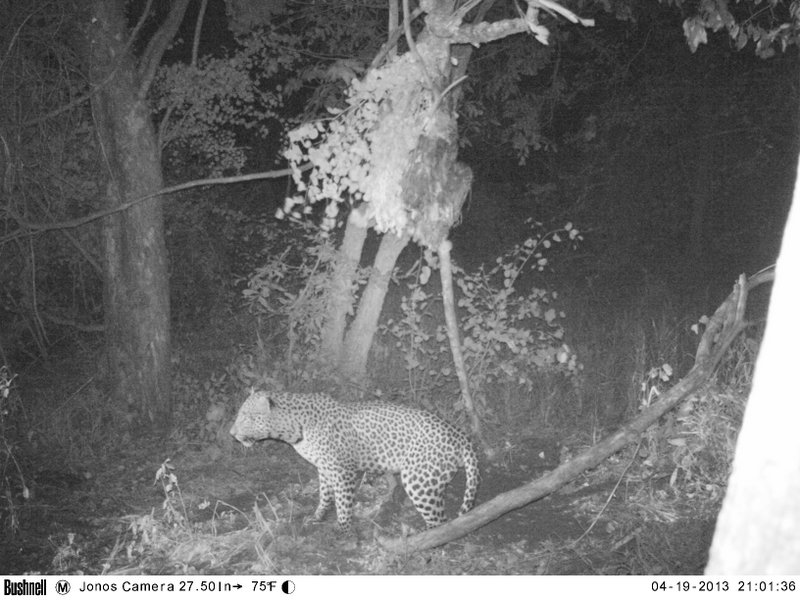 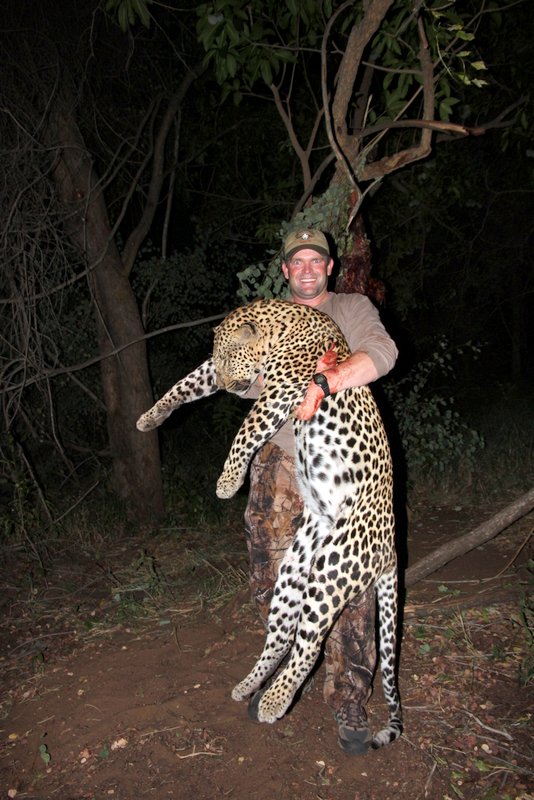 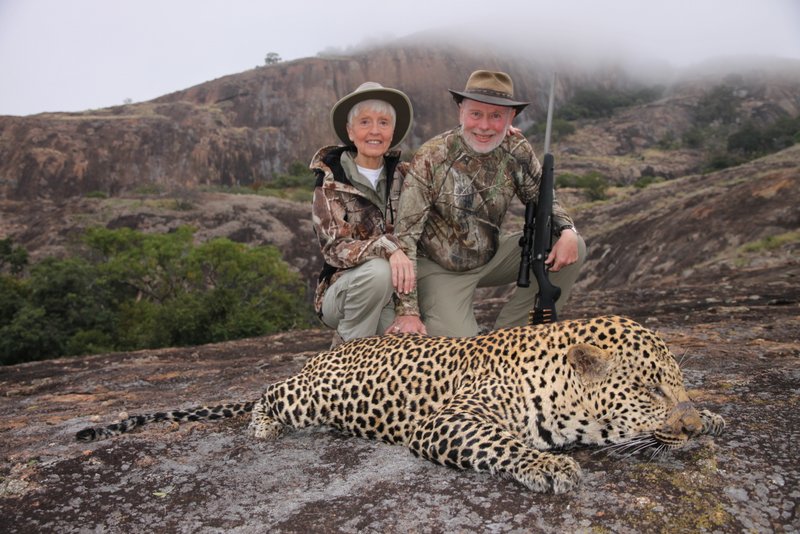 Thanks for the hunt report, nice leopard!

Congratulations on a great leopard........thanks for the report and pics.
And here I am, returning to Africa of many faces;.... the sloe-eyed temptress with flowers in her hair who stole my youth and my heart, and left me an old man with a kaleidoscope of conflicting memories of many dashed hopes and some fulfilled dreams. E. Echols

Persistence paid off. Congratulations.
That is a very nice Tom.

Another Good tale shared. Thanks.

Congratulations on your beautiful trophy.

Congratulations! and thanks for sharing these great moments and pictures with us...
Jerome Philippe, Founder of AfricaHunting.com

thanks for sharing your memories with us lpart ,
he is a bueatiful leopard, im glad your dream became reality.
sound like a great outfit.
congratulations mate
THE HUNTER; The person that pays over 90% of the cost for the presavation and maintance of wildlife and gets zero credit for it ................

Congrats for a great trophy, and thanks for sharing !
N

Thank you for your report. I will be hunting with them in August of 2014 . Hope I can be as luckie. John ps Great cat

no1waterdog said:
Thank you for your report. I will be hunting with them in August of 2014 . Hope I can be as luckie. John ps Great cat
Click to expand...

Hi, just came across this old post. Did you have any luck in 2014 with Jonathon? I ran in to him last year at the SCI convention and said he wasn't doing much hunting anymore with the land grab problems over there.
H

Beautiful! Big congrats to you! Dreams can come true!!!

Fine looking cat. Congratulations.
Tommorow is promised to no one. Go live your dreams.
You must log in or register to reply here.