Following the father-son elephant hunt in the Dande Concession (previously posted hunt report), Hunter and I chartered to the landing strip near Tiger Bay on Lake Kariba in Martin Pieters’ Omay North Concession. My first dangerous game safari – elephant – was with Martin in the Omay Concession, and I planned then to return and take a hippo on Lake Kariba. I also wanted to do some fishing again, so I asked Martin when we booked if at all possible, we would appreciate some fishing time as well. Our PH Mike picked us up at the air strip and announced we were headed to Ume Camp. I smiled immediately – Ume Camp is one of my favorite places on this earth, and also home to 3 boats!

Even though this was just arrival day, we ended up on the lake that night and landed 8 sharptooth catfish. Hunter was thrilled to be fishing – his other passion.

Day one started with checking the .375 H&H and a mistake on my part. After multiple plane flights and 2 weeks of getting bounced around in a truck, it was shooting 2-1/2” high at 100 yards. Instead of adjusting the scope, I pronounced it good enough and off we went. I just told Hunter to remember it was high and he may have to aim a couple inches low if we took a water shot. Should have adjusted it right then to be dead even at 100 yards ….

Later that day we caught a couple groups of hippos out of the water and stalked close with the doubles. Neither group had a decent bull, but late in the afternoon we found a bull in the water with a right tusk so long it had broken through the top of his upper jaw and was sticking out 1-1/2”. It was late afternoon, so we backed out.

Day two found us back and he was with 4 cows, all in the water. Although Hunter wanted to shoot a bull with his double, I made him give that up and take the .375 H&H. This bull was worth giving up the land-based hunt for. After beaching the boat and stalking in close to the pod, we waited for over an hour for a shot at the bull. The distance, however, was significantly less than 100 yards, and when the bull finally presented a very tight side brain shot (not much exposed), Hunter aimed low like I had suggested and the bullet spanked the water well before the bull’s head. The pod submerged immediately, but Mike quickly got Hunter set up on sticks right at the water’s edge and one by one the cows briefly surfaced to check their surroundings. When the bull finally surfaced, his exposed tusk gave him away and Hunter gave him an immediate frontal brain shot. His head went back and he sank quietly below the surface. Two hours later he popped up like a beach ball and the recovery commenced.

The balance of our time was spent fishing, and Hunter managed to land 4 Vundu catfish, one of which probably topped 50 lbs. Much to the disappointment of the local crowd that gathered, he released the fish. On one particular day, we hooked up 14 times on Vundu, but only landed 4 due to the submerged trees and trash they automatically head for. Great time and memories Hunter will never forget.

While there, another hunter completed a 3-week safari in the Omay and took an exceptional lion, a leopard, buffalo, hippo and on his last night, a very nice elephant with beautiful tusks that probably pushed into the upper thirties. He too had completed the safari of a lifetime.

From the Omay, we traveled to Victoria Falls for 2 days of activities arranged for us by Martin’s wife, Candy. The lodge was excellent (Victoria Falls Safari Lodge), and we had dinner at the Boma, did the “Walk with Lions”, a helicopter flight over the falls, and ended it with a sunset cruise on the Zambezi. A very fitting end to an outstanding adventure. 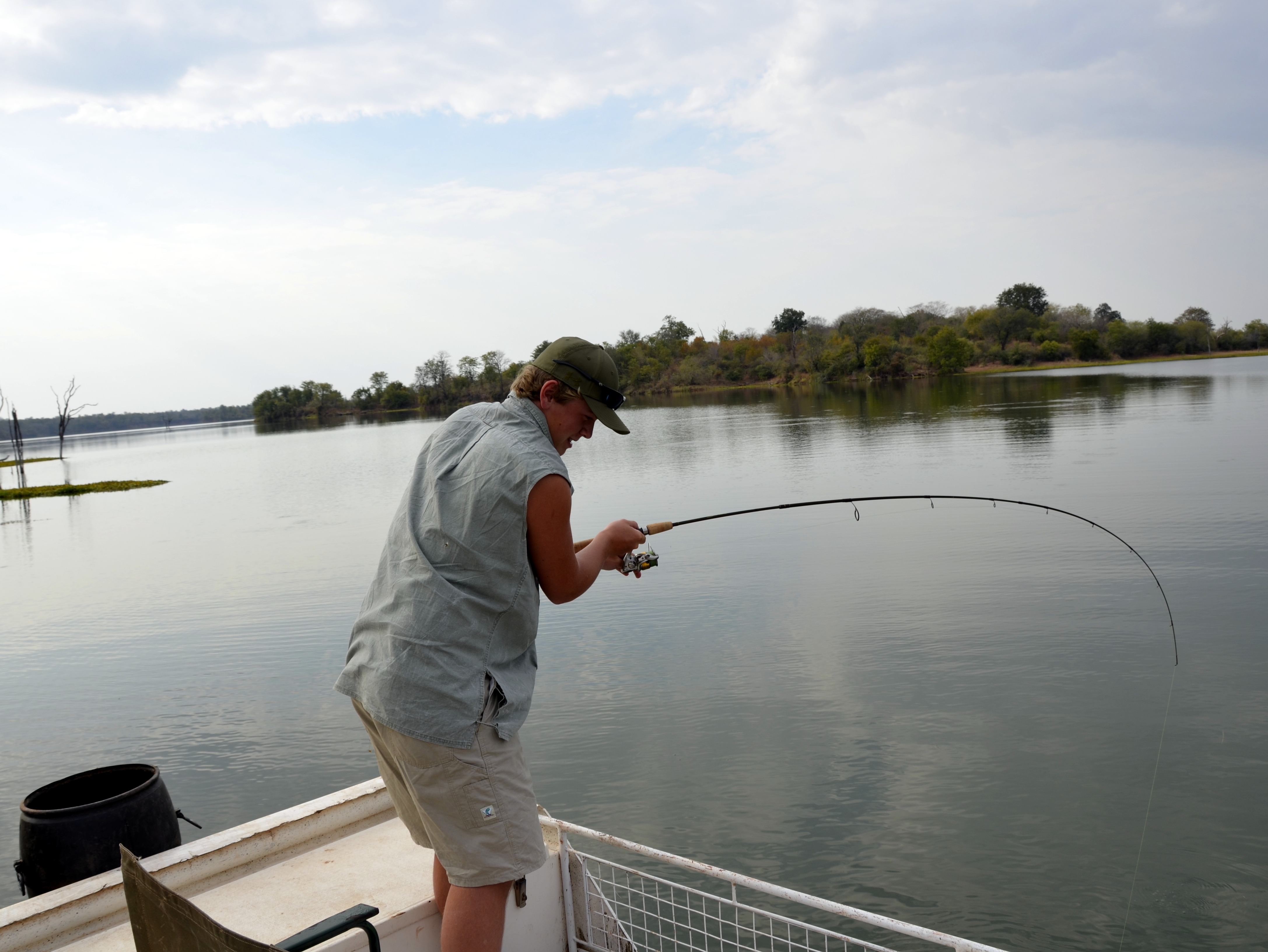 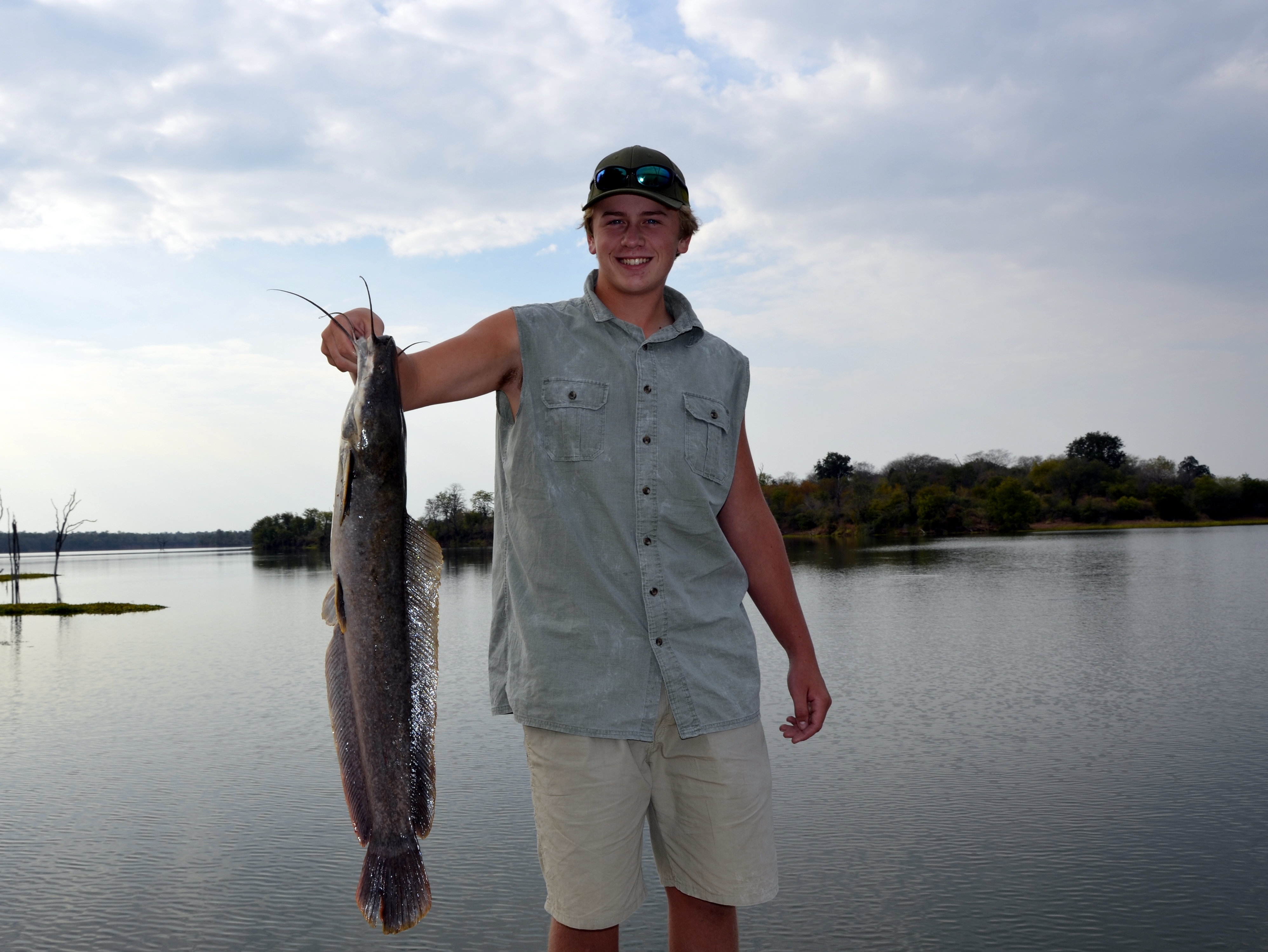 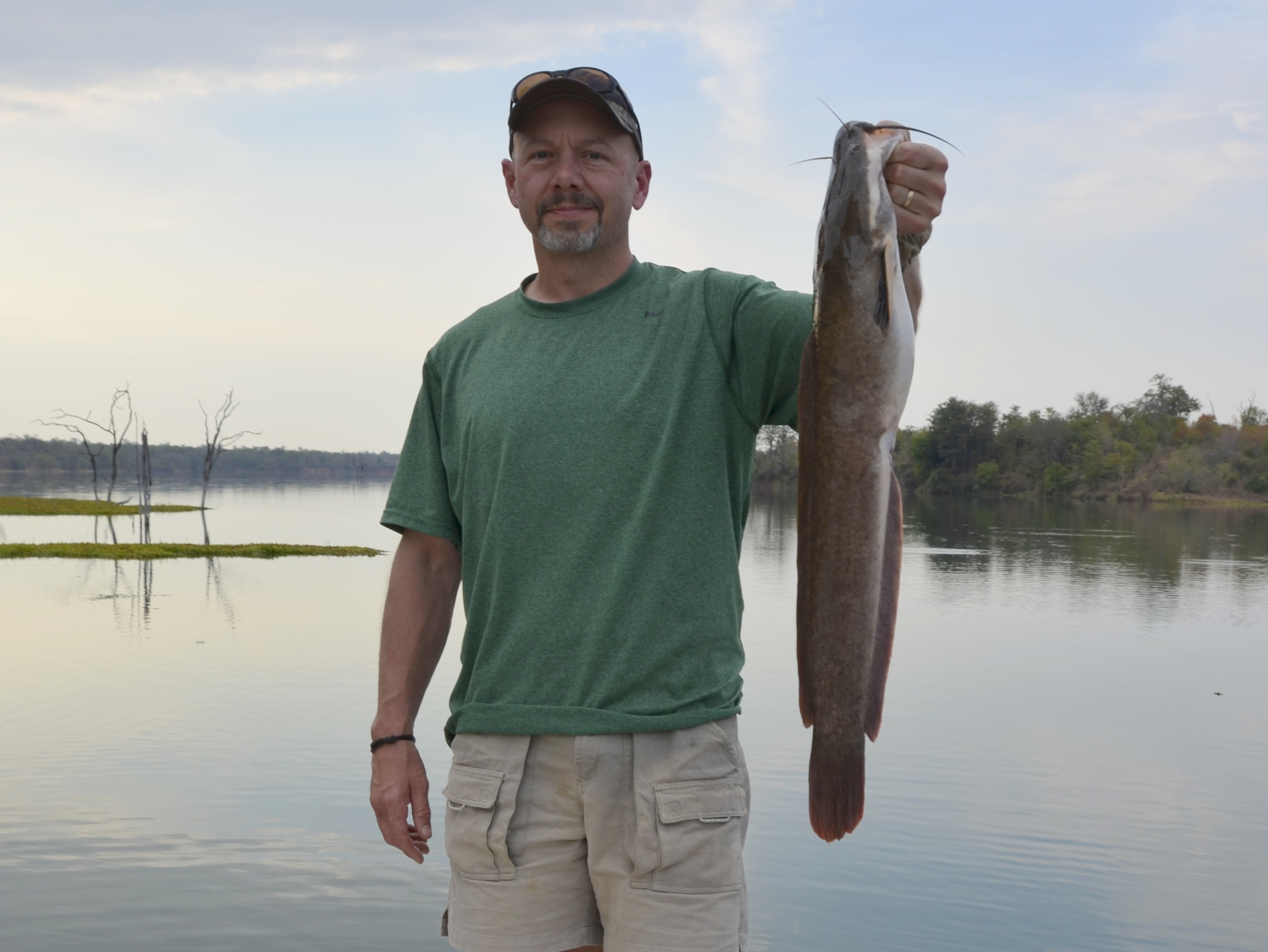 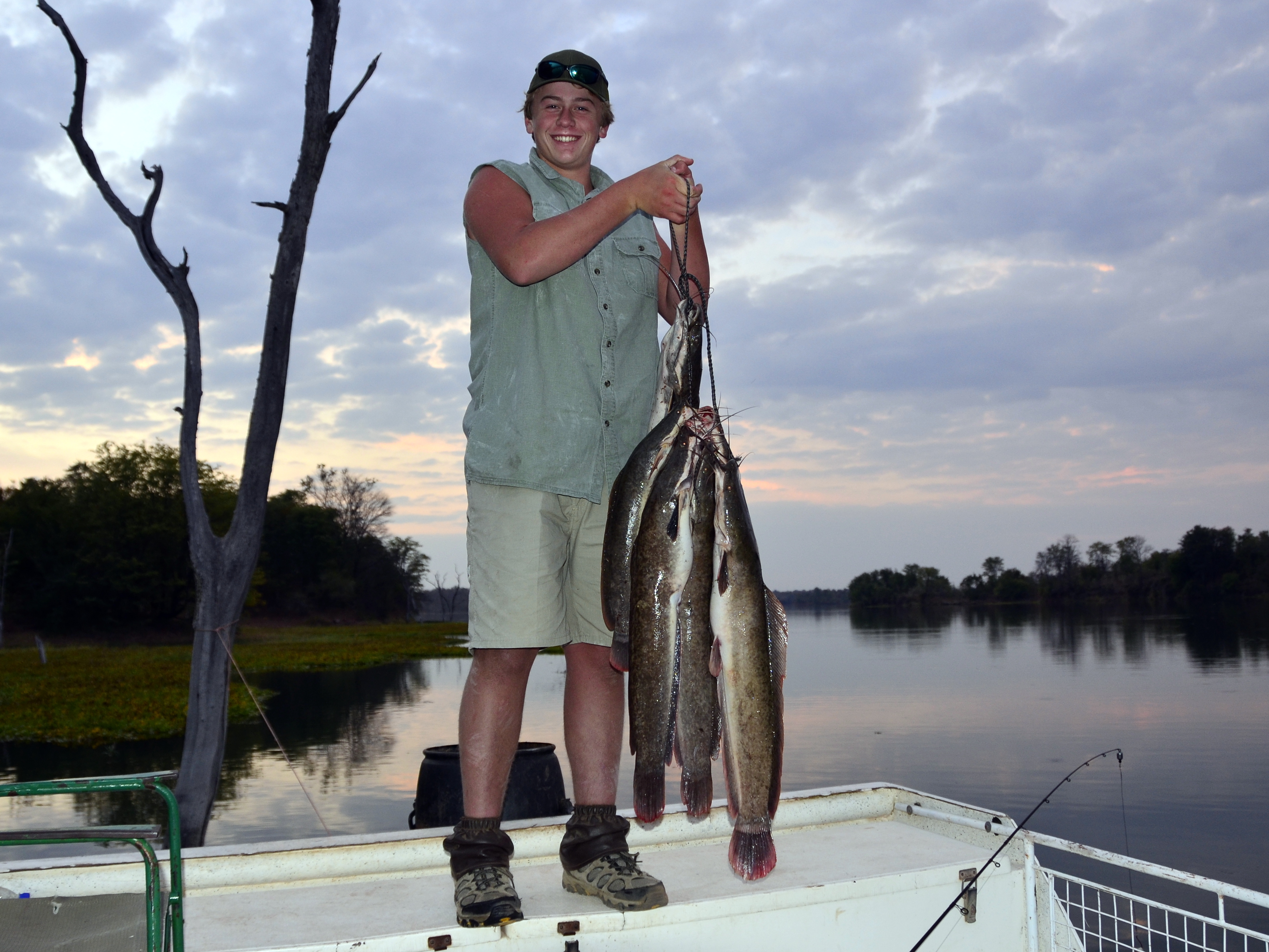 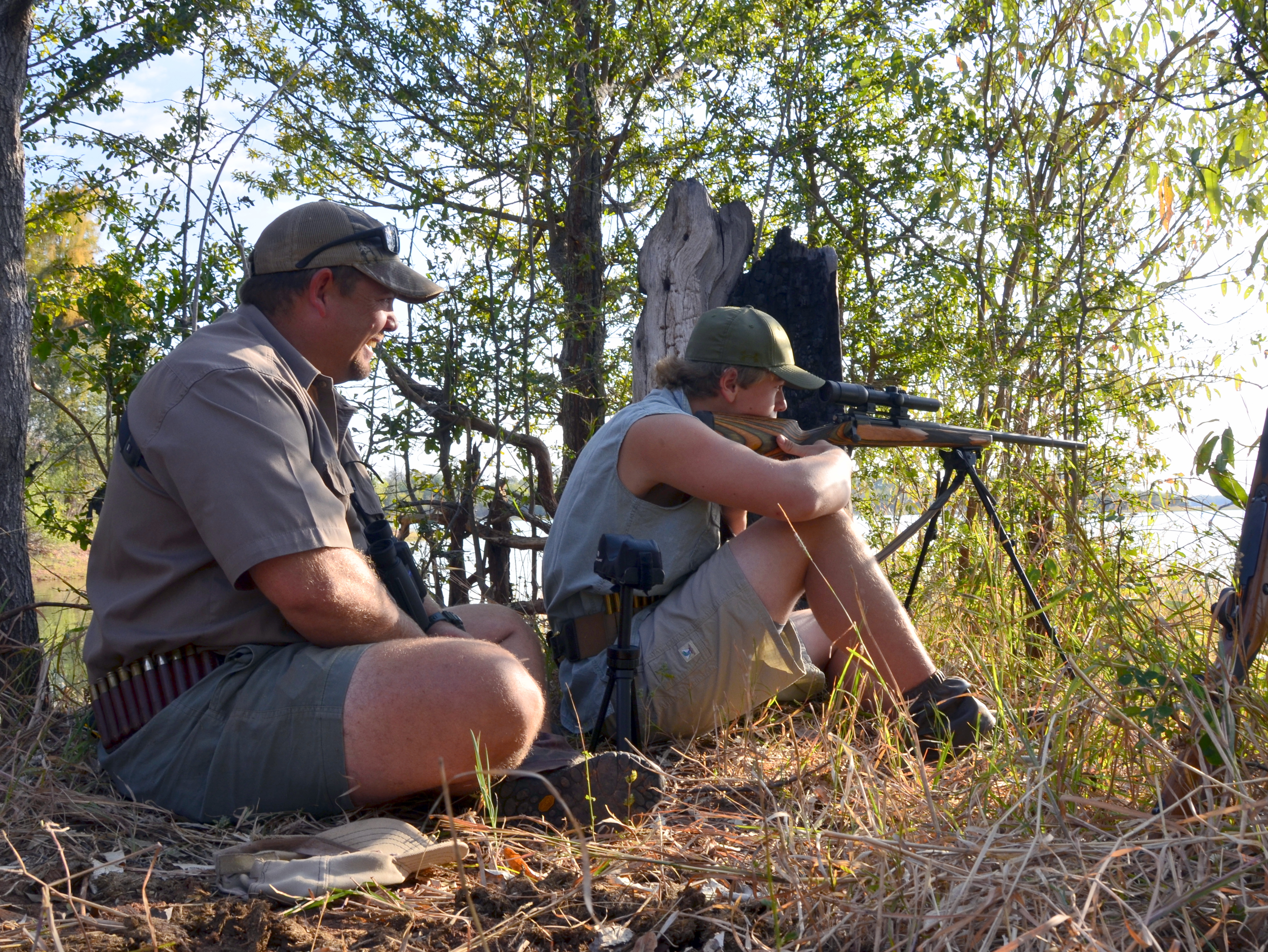 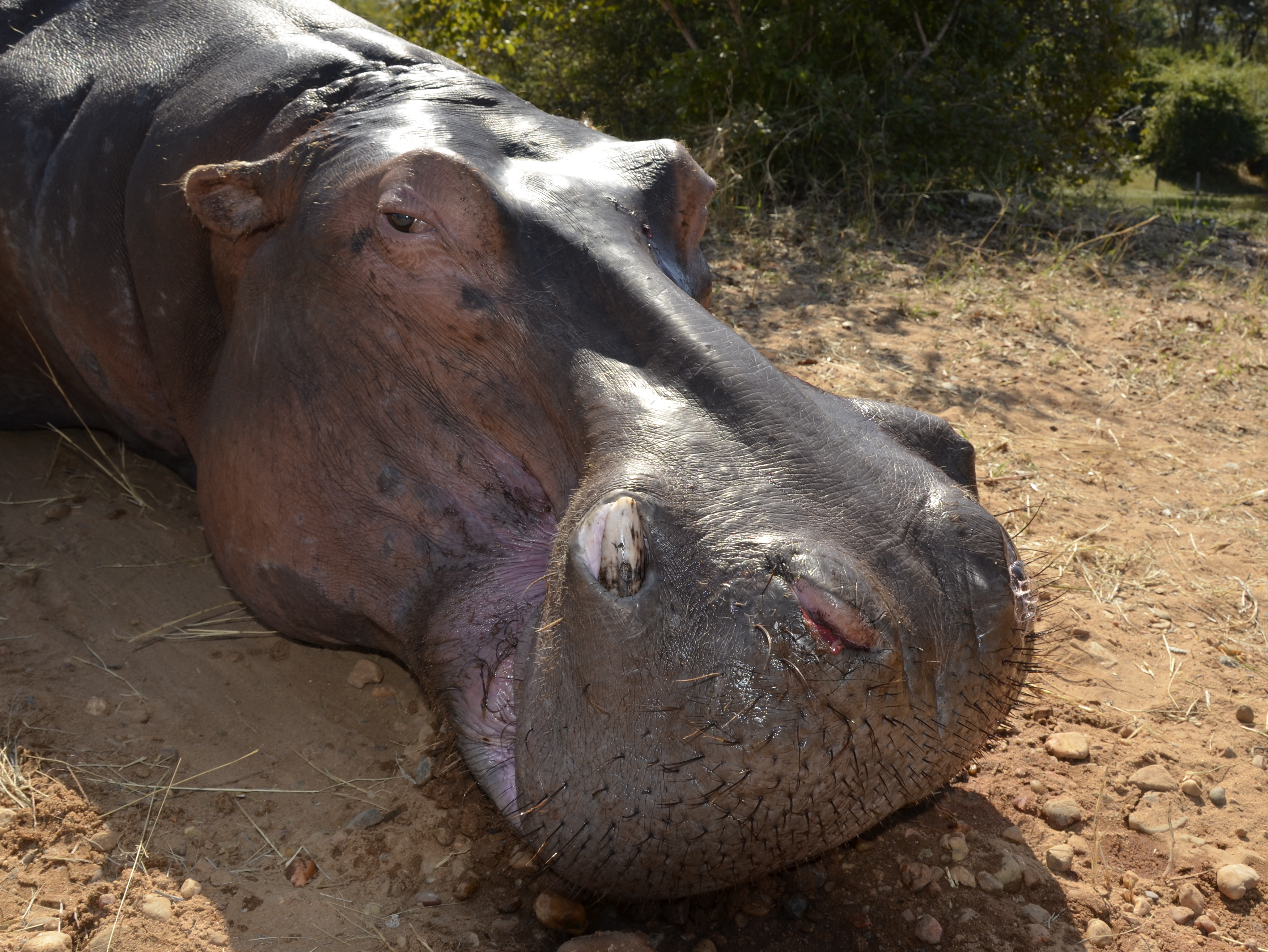 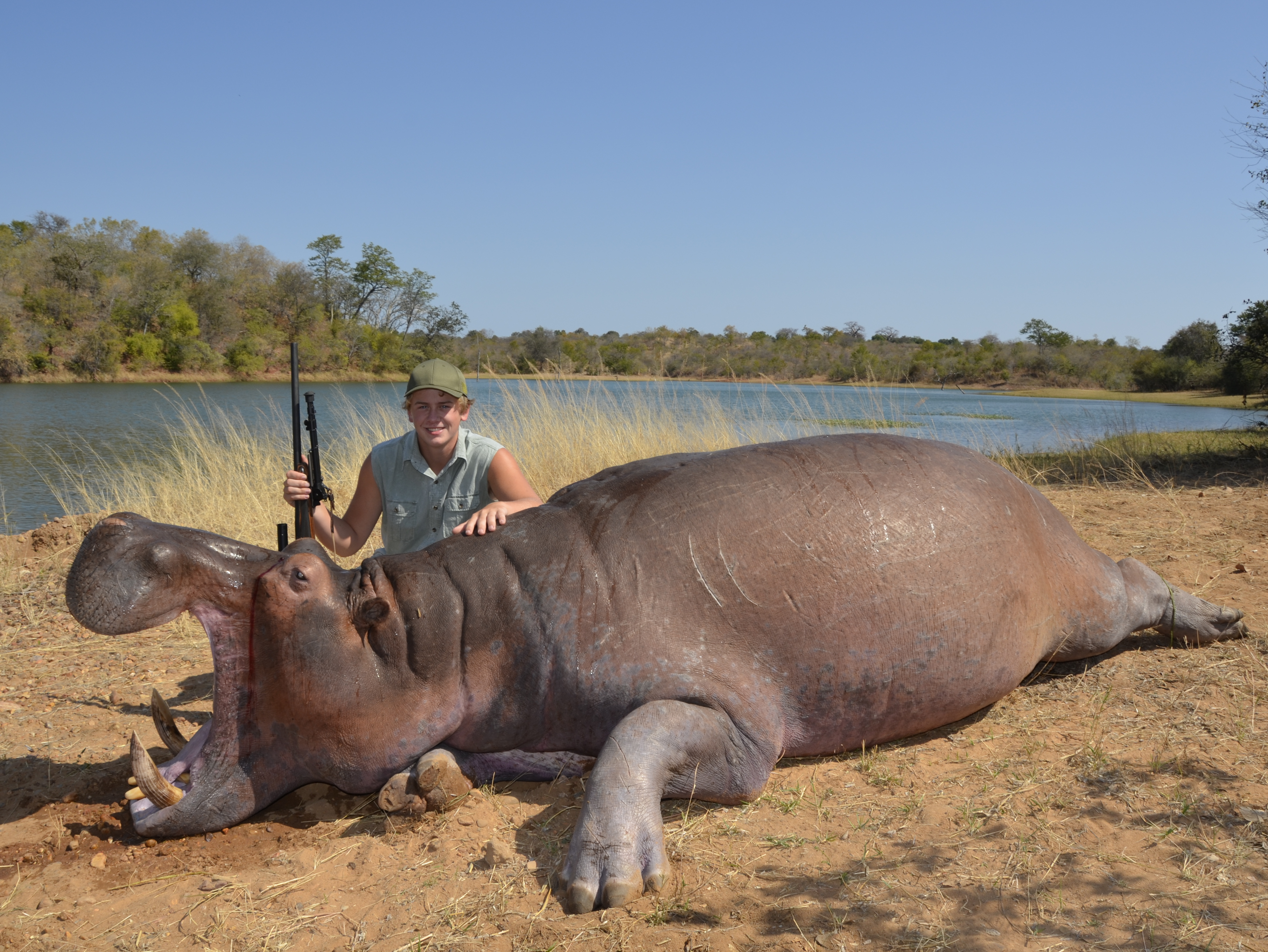 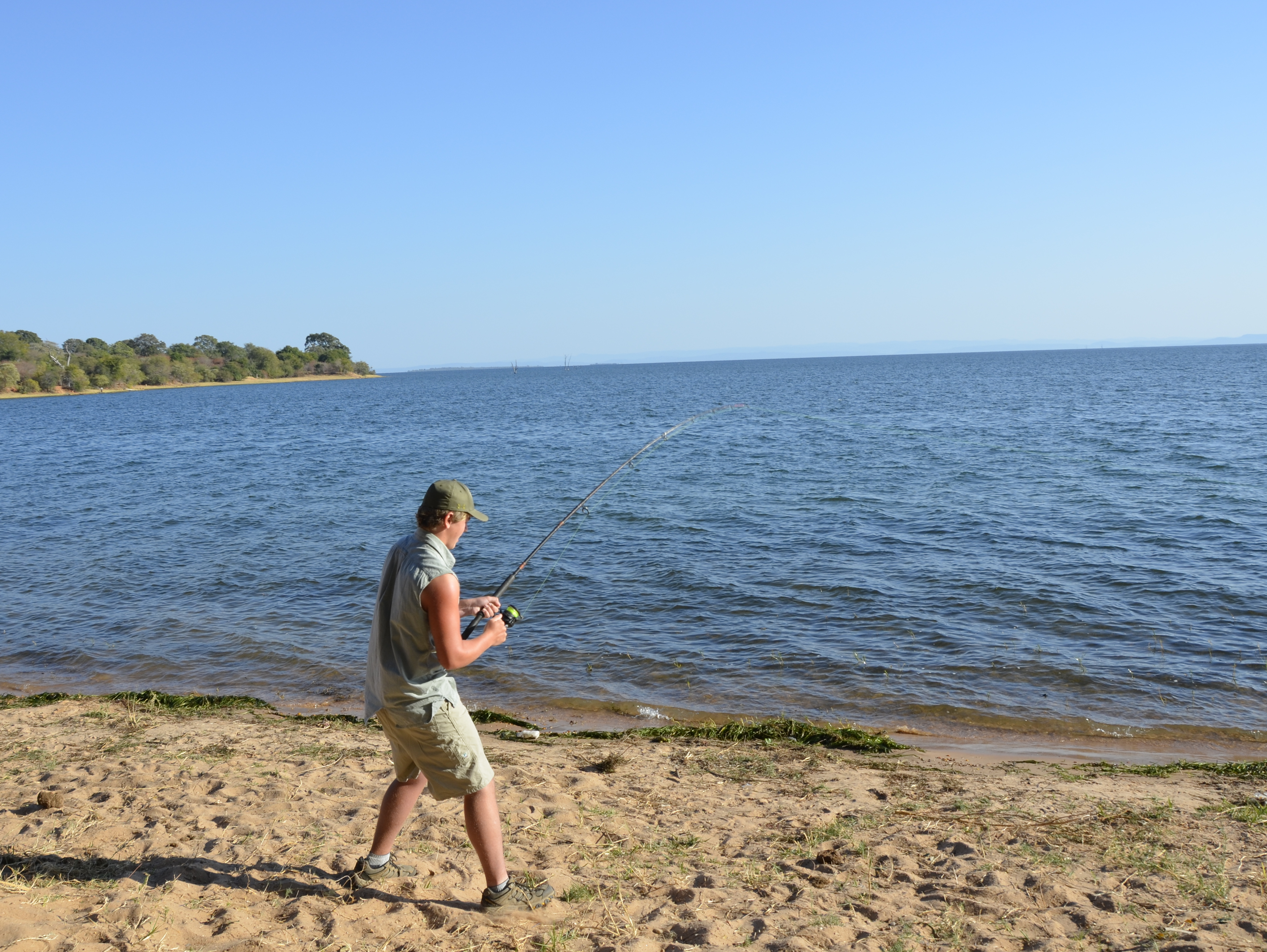 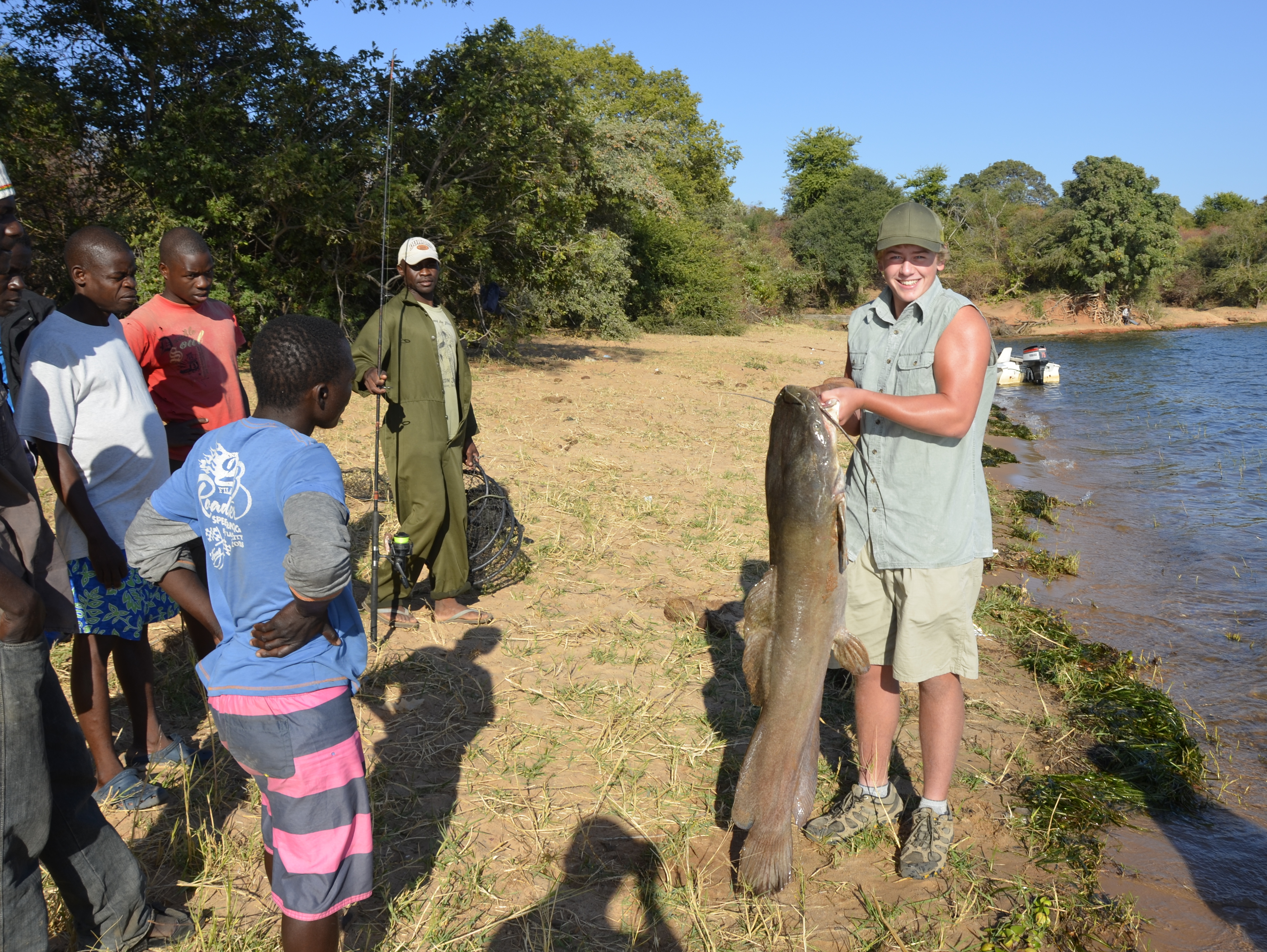 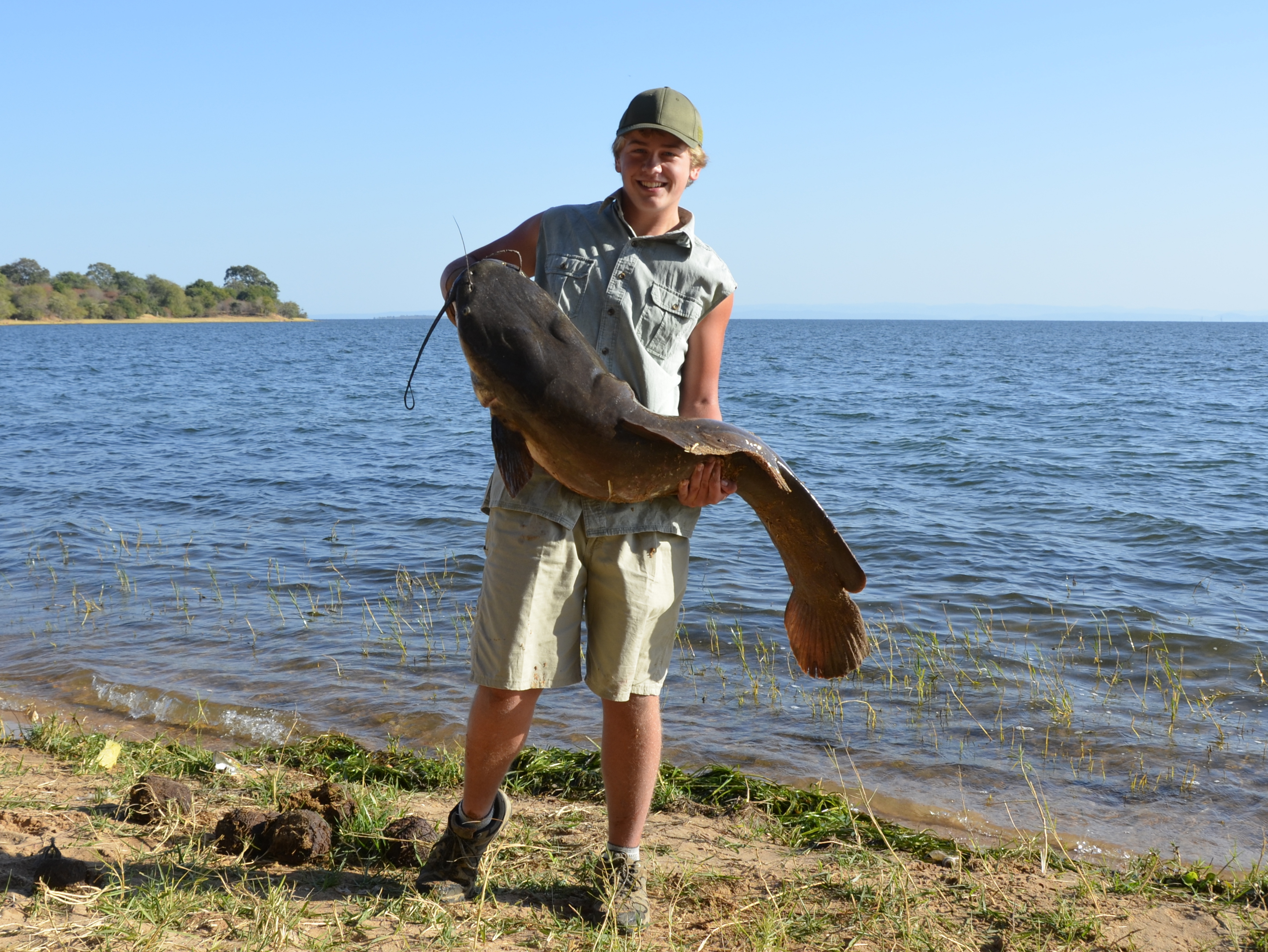 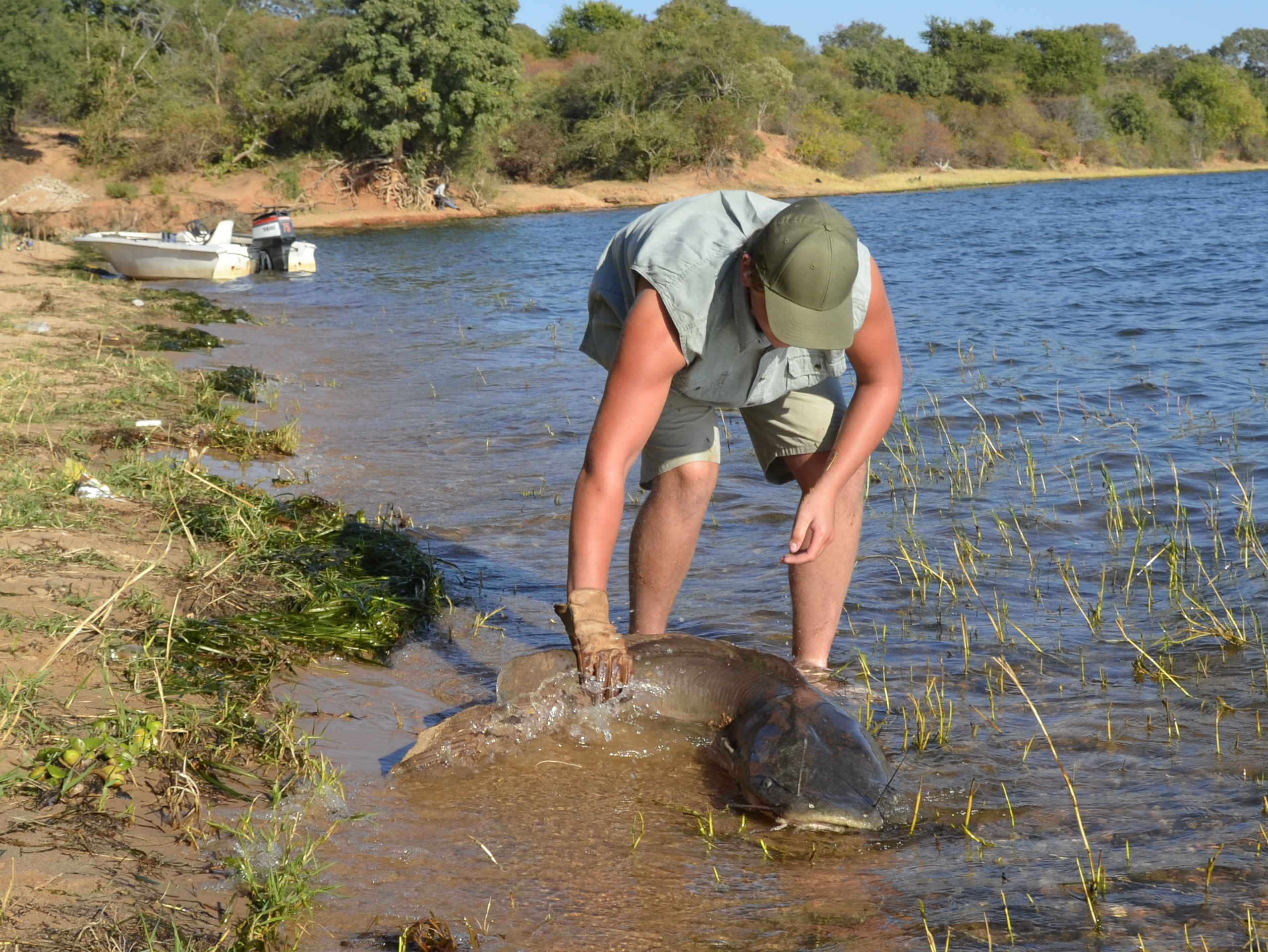 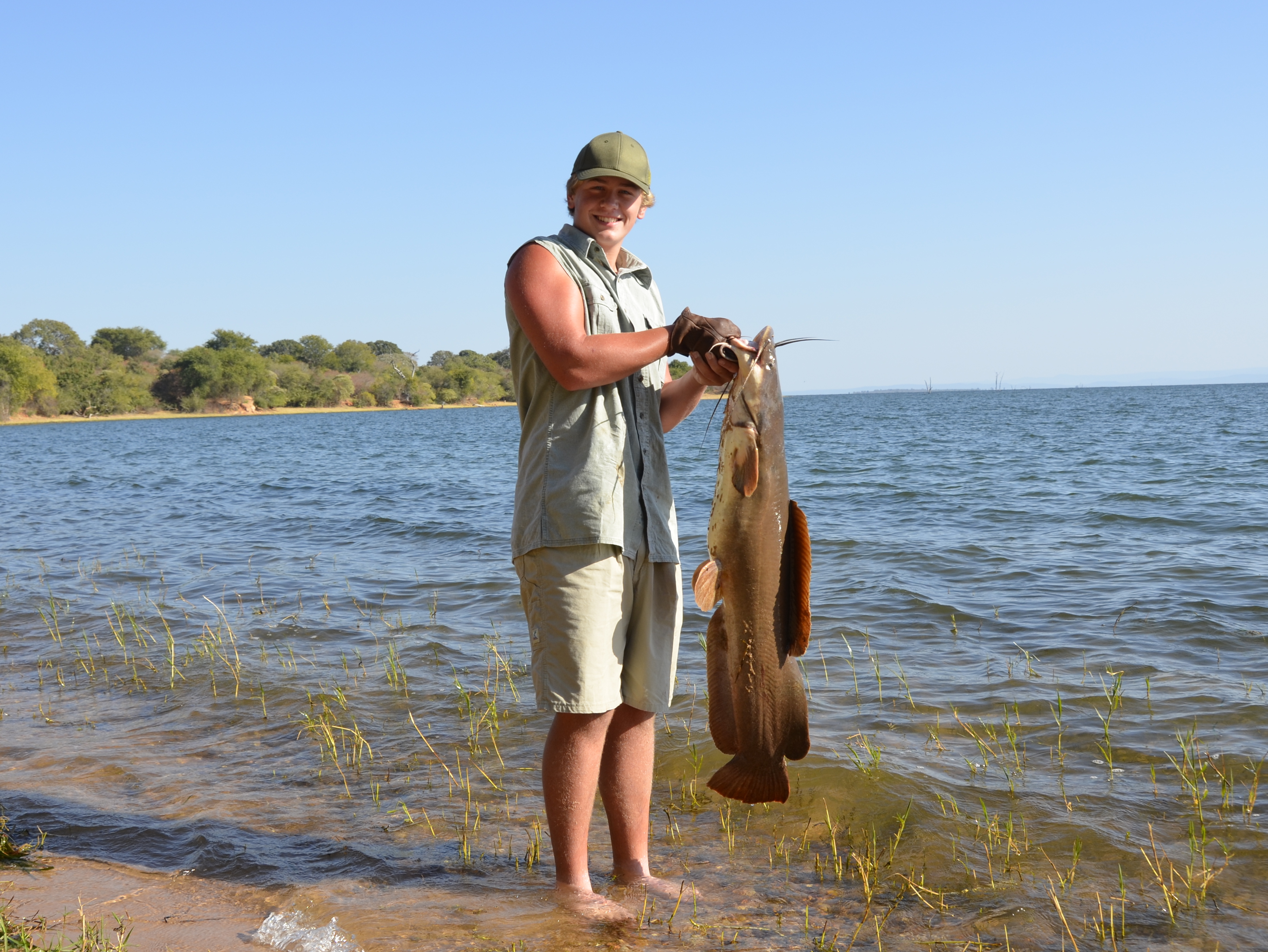 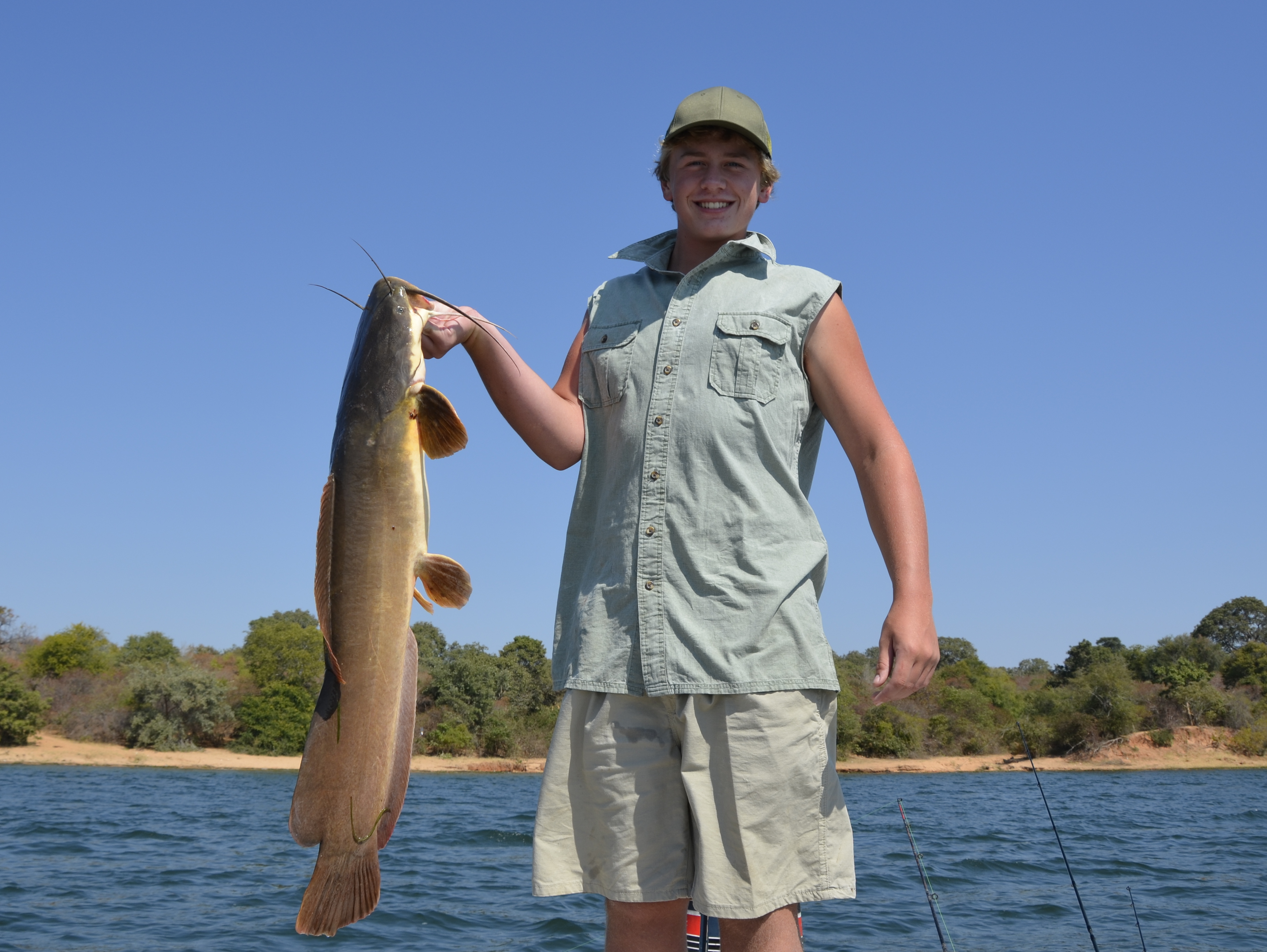 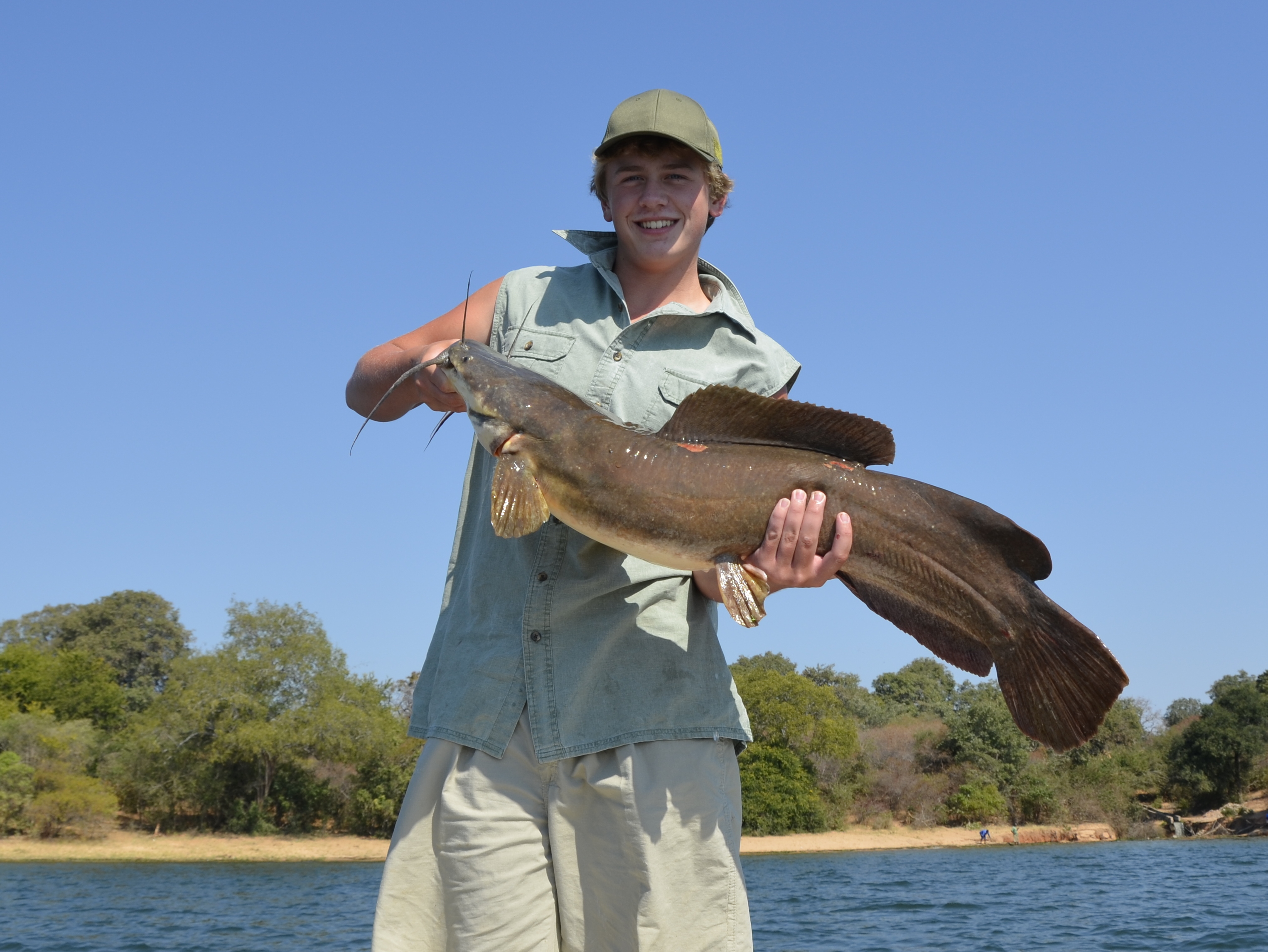 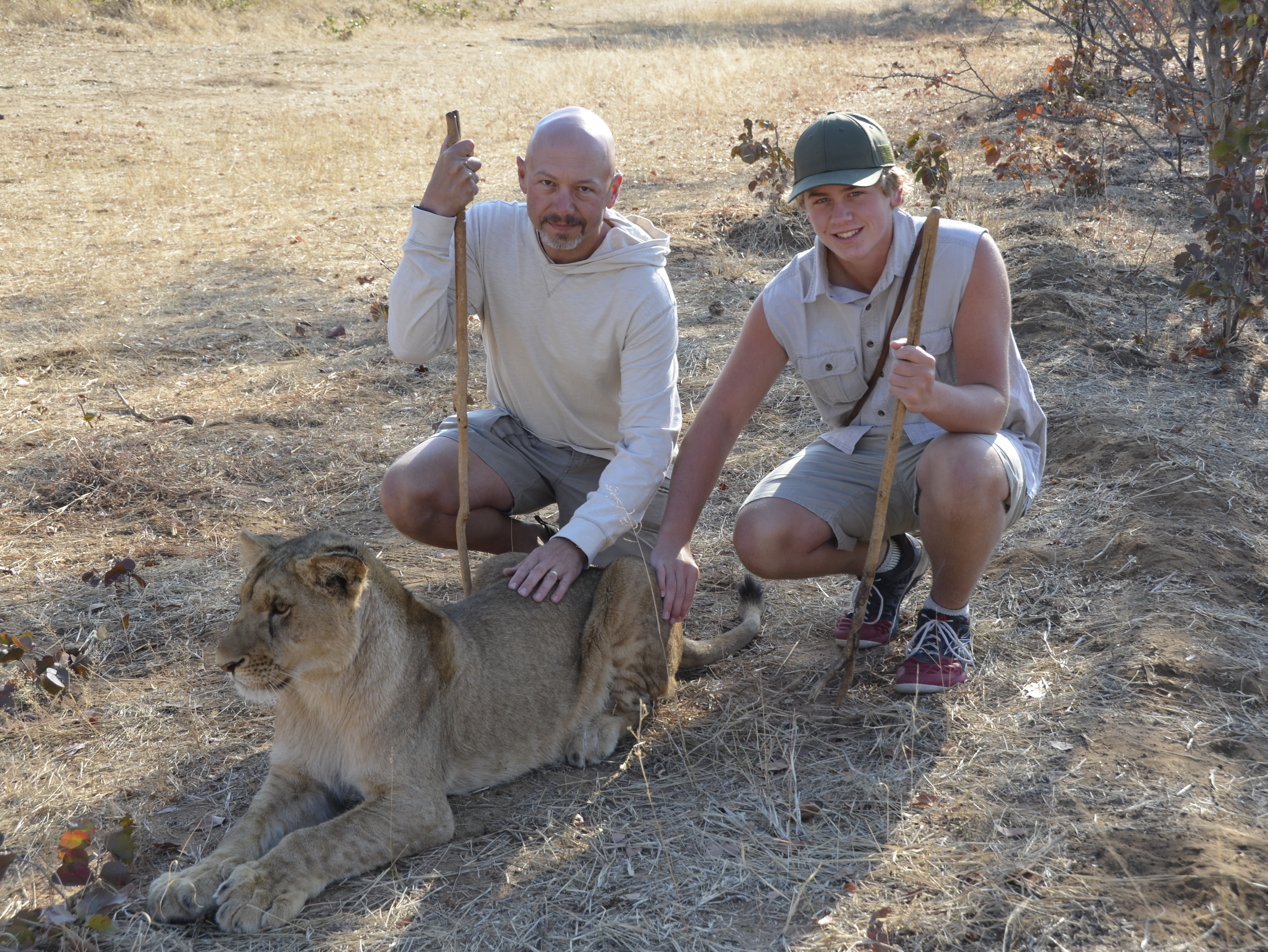 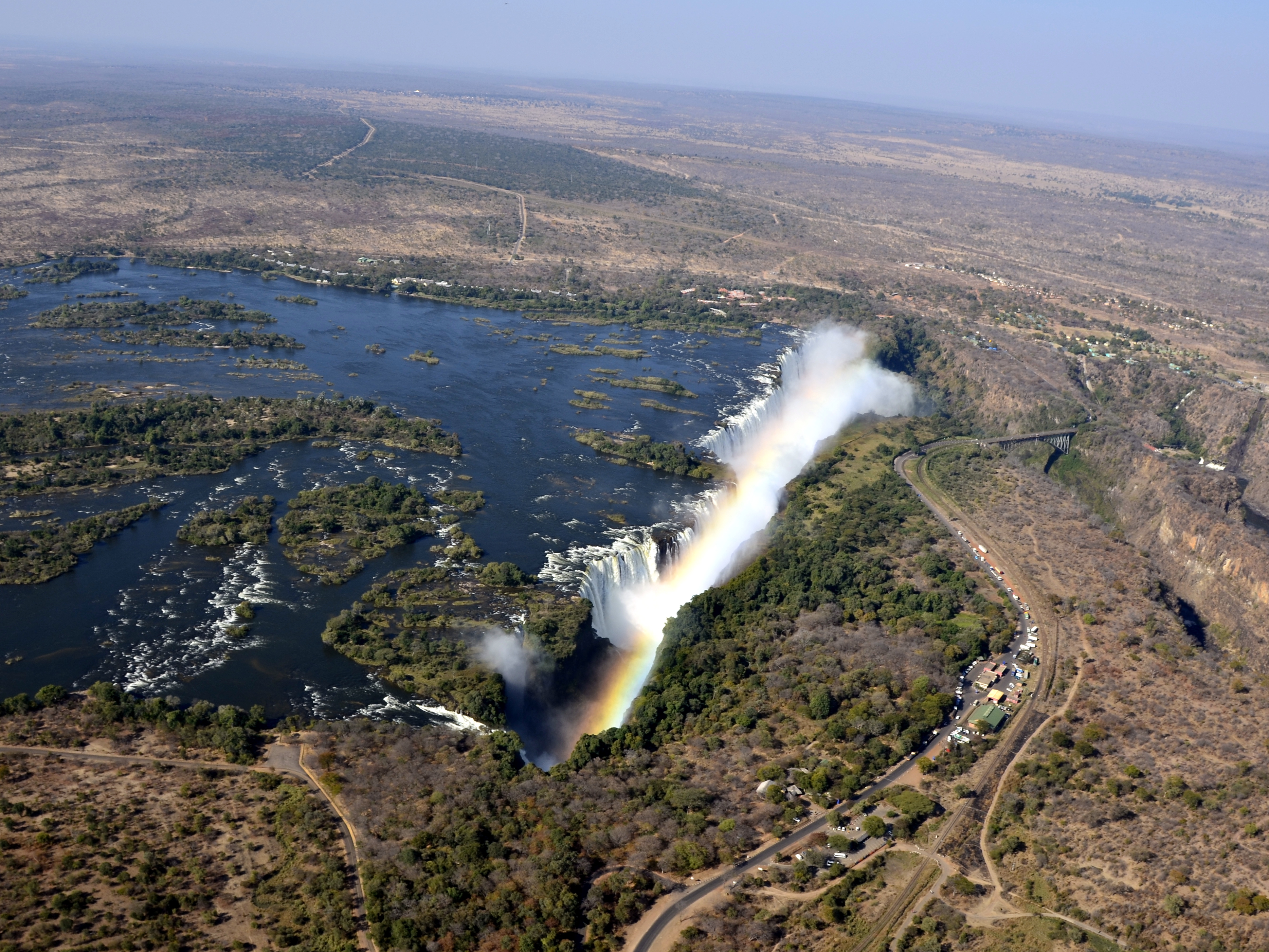 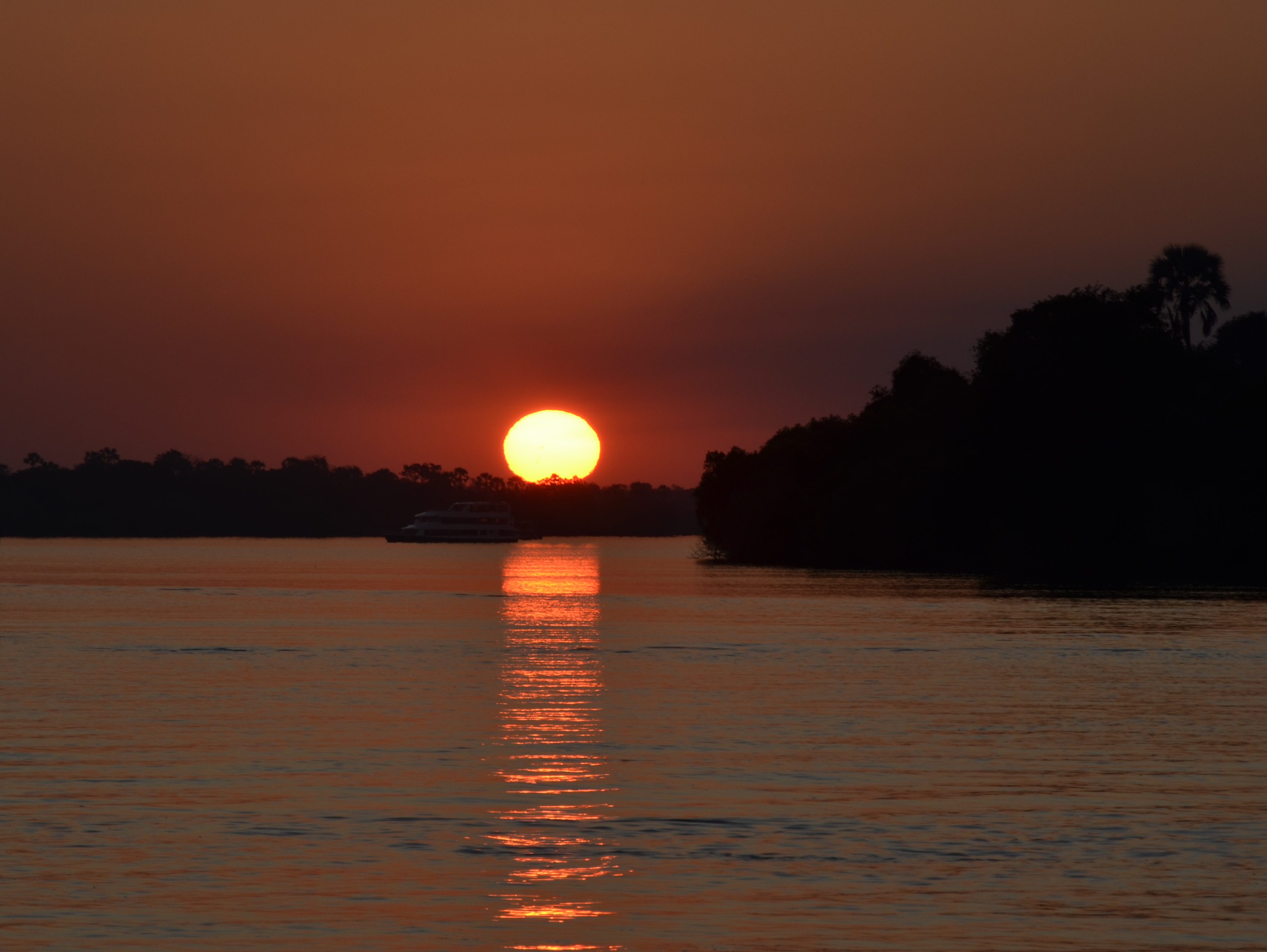 Wow, the adventure just keeps going. Another fabulous father/son hunt. If my son reads your reports he will feel very shortchanged by his father.

Thanks for sharing another report and the accompanying photos. Glad you had such a great time.

Looks like Martins wife certainly made the arrangements for a great finale.

Quite a temperament to stay focused and shoot under the circumstances on that Hippo.

You just reinforced the need to do more fishing next trip. I don't fish enough when I am in Africa.

Congratulations to your son. Thanks for sharing.

Shakey, thanks to still feeding my imagination.......Hunter has demostrated to have the caracter to manage that kind of hunting......I saw the Buff clip........the Hippo is a trophie taht make me dream.......the pictures just gorgeous, awesome fishin......keepgoing, dont stop!!!!!!

Shakey looks like you and yours on are having an awesome time. Fantastic pics thanks for sharing.
Enjoy Life Now! It has an Expiration Date.

Great trip Jerry! Very well done! Your a good Dad.
You must log in or register to reply here.