A most outstanding safari that exceeded our every expectation. I wanted Hunter, my son, to experience a proper elephant hunt, and having watched Buzz’s videos in preparation for my first hunt, we booked with CMS. Hunter does things his way, and seldom yields to peer pressure. He loves double rifles, and despite my insistence that he use a red dot sight, he insisted on iron sights. So, at the age of 13, we started shooting plywood elephants – first with a .22 LR, then a 9.3 X 74R, then a 450 3-1/4” NE. In January of this year, I decided he should have some proper instruction and we visited Monty Kalogeras and his Safari Shooting School. As luck would have it, Dr. Kevin Robertson was there that weekend. Kevin had made a slide show specifically for Hunter detailing elephant and buffalo shot placement, and he was present and participated in the entire course.

Hunter turned 15 the day we arrived in the Dande Safari Area. Day one was perfect – tracked and had a close encounter with a bull ele, then later that day interacted with another bull and a tuskless. It gave Hunter some confidence after getting close and having some shot placement discussions with Rich. The reality of elephant hunting sunk in as well – lots of walking!

Then came day 2 where we found tracks from two buffalo that had just left a pan at the sound of the truck. Rich and his trackers picked one and four hours later, after bumping the bull 7 times, he decided enough was enough and charged. Hunter put in two shots quickly, the first slowing him and the second breaking his shoulder and stopping the charge at 12 yards. Rich then calmly placed a bullet through the bull’s left eye and ended the drama. Very exciting hunt, especially for Hunter as this was his first experience with buffalo!

Day 3 brought more interaction with 2 more ele bulls, and Hunter took his elephant bull on day 4 after some absolutely incredible tracking by Norest and Tedias. Tough situation, with the bull standing between two cows and fairly thick brush, but Hunter’s first shot took him in the heart (bullet and heart recovered), and he hit him 3 more times (Monty would be proud of how fast he reloads the double). The bull didn’t make it more than 2 body lengths from his original position.

We then moved to Dande East for another buffalo, and while looking over some buffs in heavy cover, Justin our camera man noticed a big bull off to the left. Rich got Hunter to within 15 yards and Hunter double-lunged him with a single shot from his 450 NE. The bull collapsed 100 yards away and measured 45”. Unbelievable!

Hunter also took a Zebra (tracked just like the buffalo) and a hyena.

I made Hunter read Richard Harland’s book “Ndlovu – The Art of Hunting the African Elephant” immediately after booking this safari. It was certainly a very pleasant surprise to find out Richard was at one of the other camps, so we asked if there was a chance to perhaps have tea and meet him. Instead, he spent an entire day on the Zambezi River with us. What an honor. I’m not sure a 15 yr old truly comprehends how blessed he’s been this year. Richard caught a very nice Tiger, and finally, at the end of the day, my Tiger curse was lifted and I managed to land one as well.

We witnessed some incredible tracking, the best I have ever seen. Only one time did we not find and evaluate the animal we were pursuing, which happened to be zebra that day, and the only reason we didn’t is because Rich called the trackers off so we could go hang a hyena bait.

Rich is outstanding and proved to be the perfect match for Hunter (and myself for that matter) – very calming attitude with quiet, straight-forward instructions that do not cause undue nervousness. Justin was also great – always somehow capturing the action without ever letting his presence be known. He’s also fun to be around and Hunter learned a lot from him about other wildlife we were not pursuing.

Thanks for a truly outstanding safari 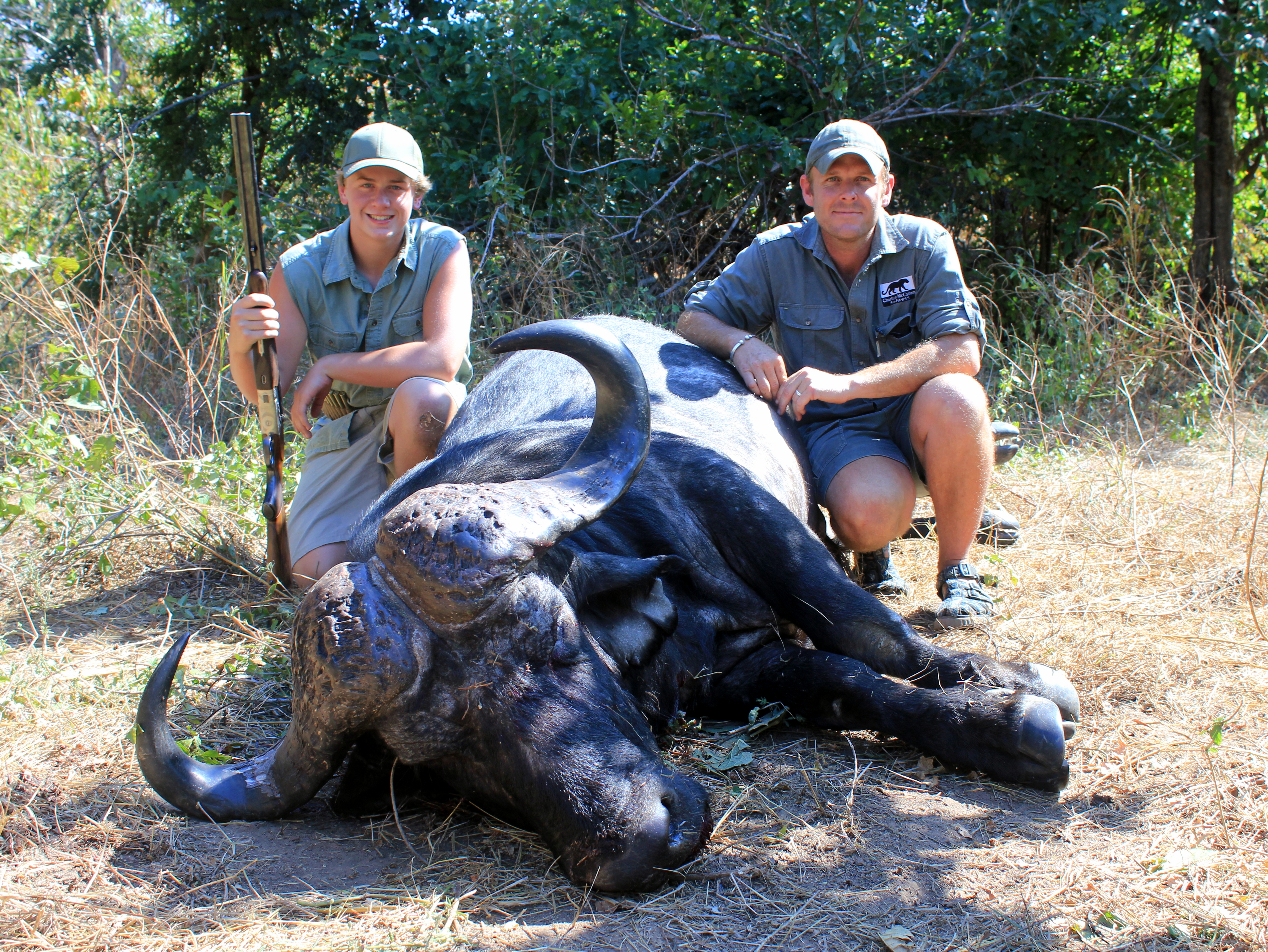 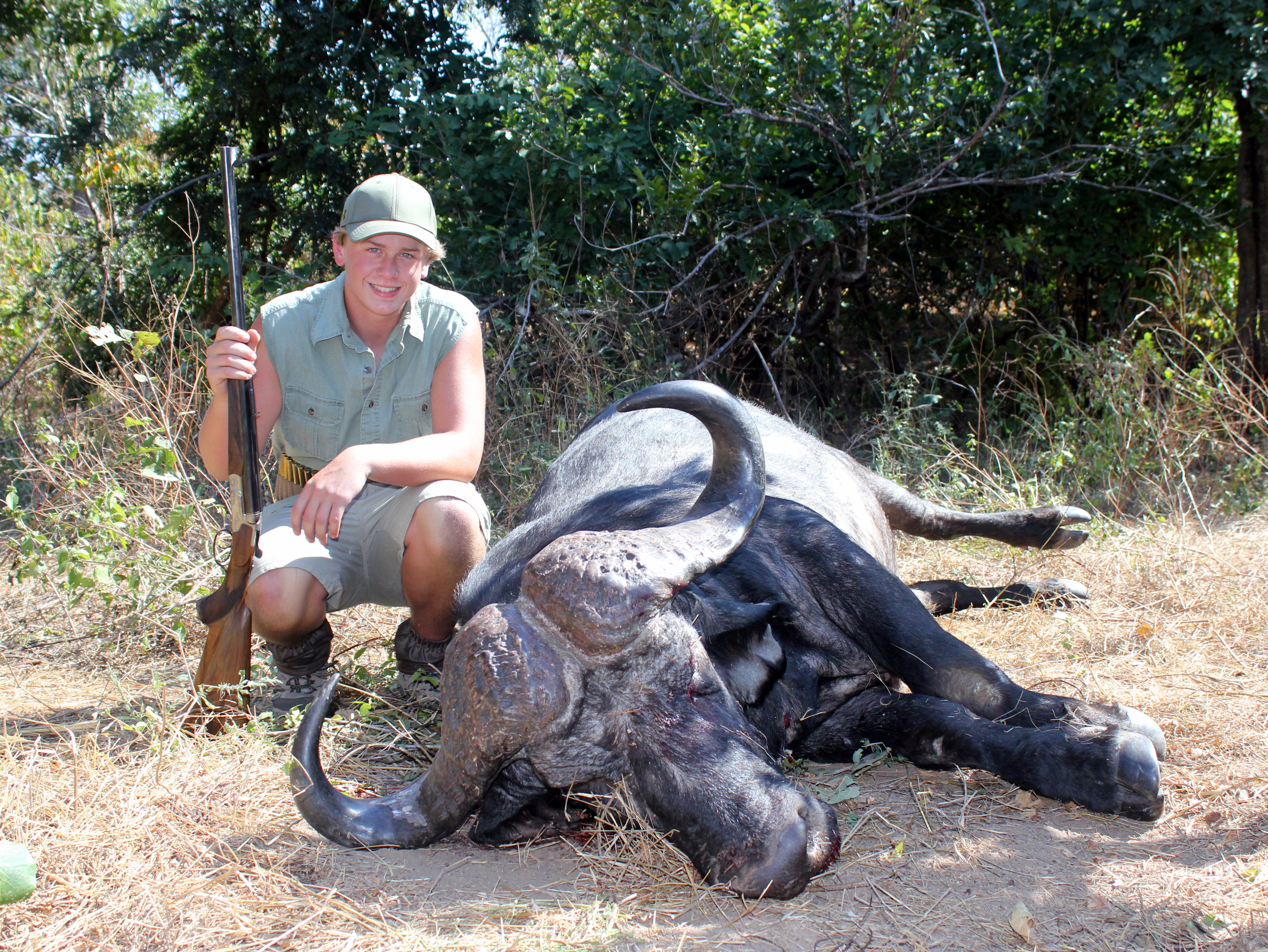 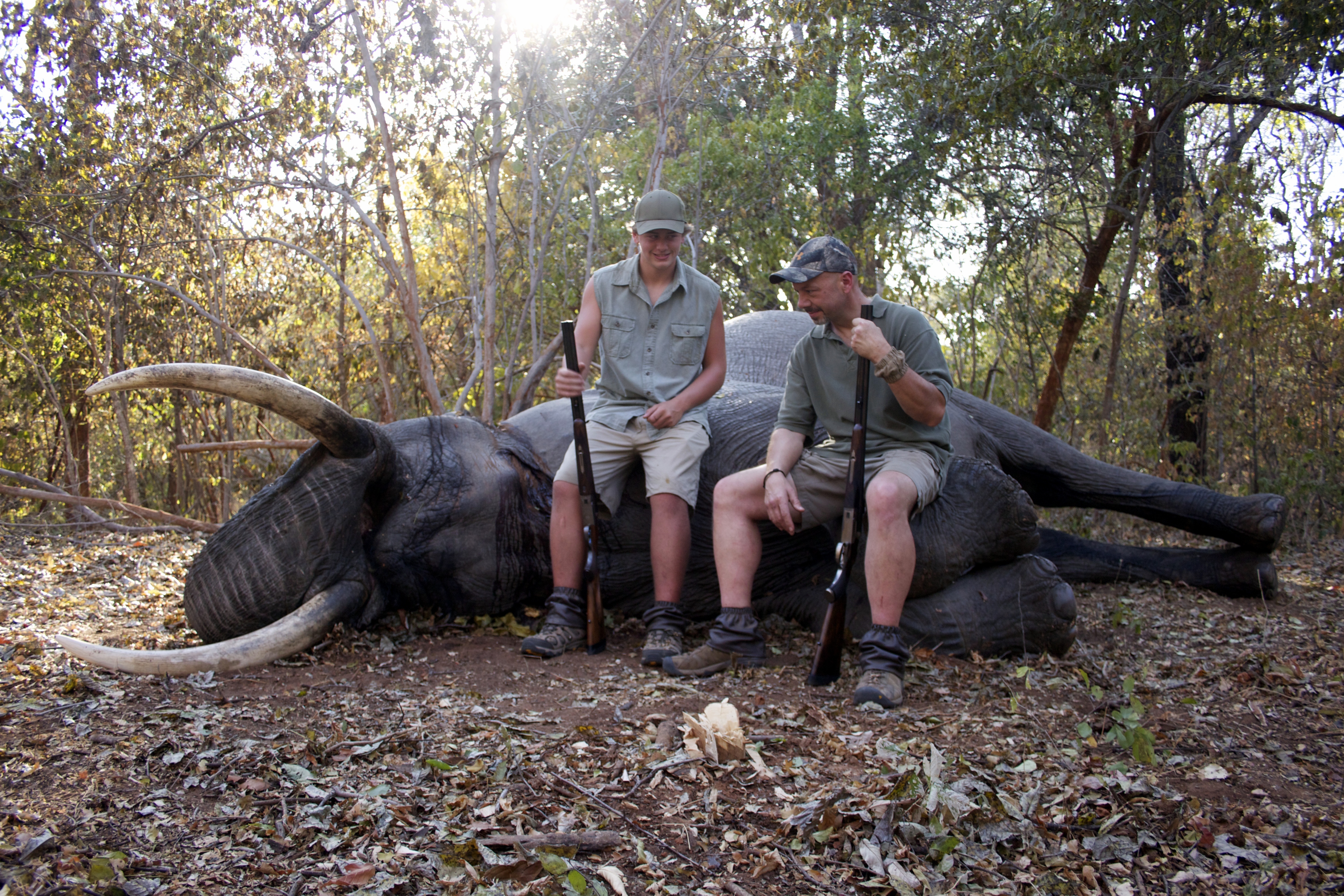 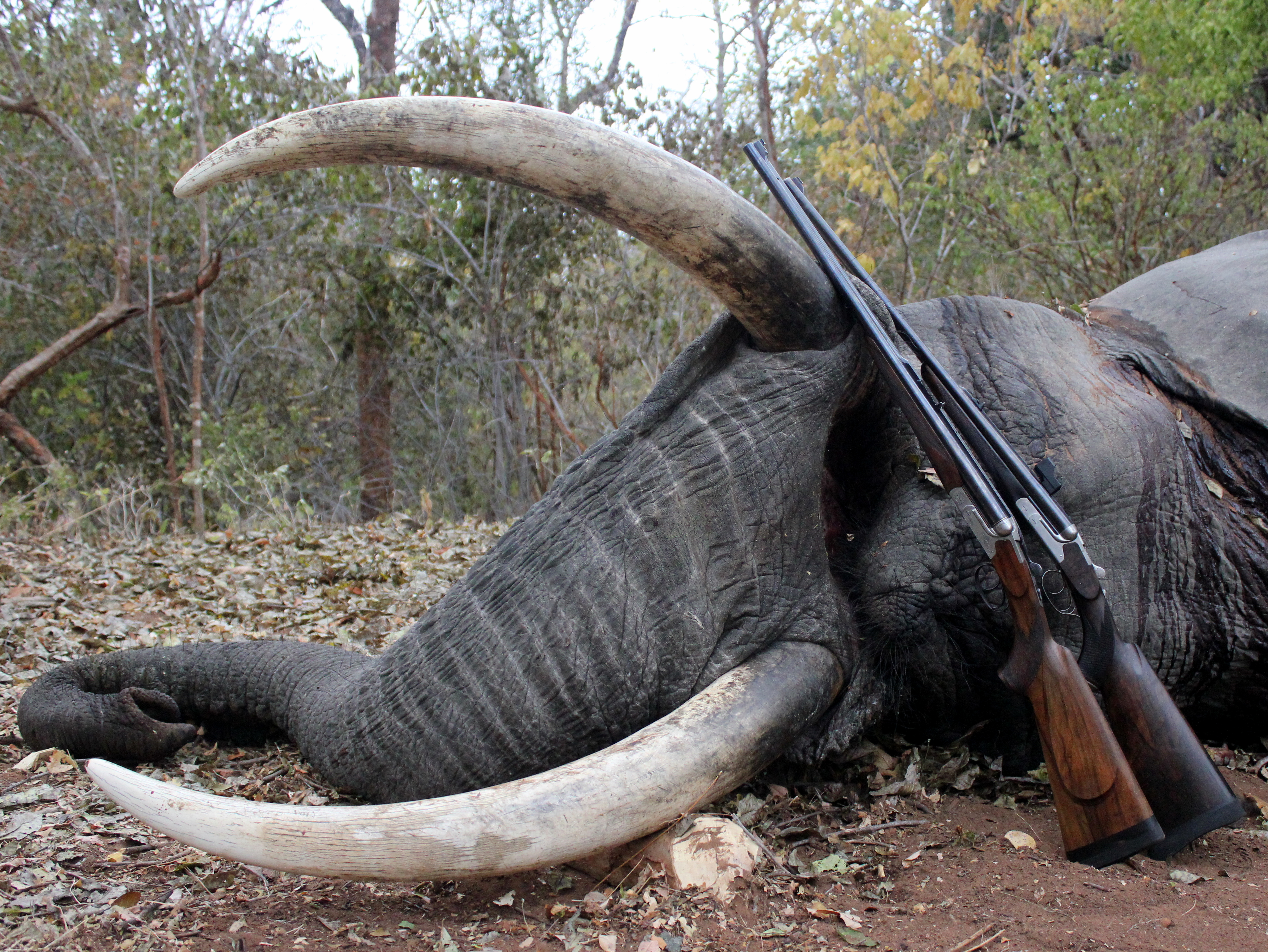 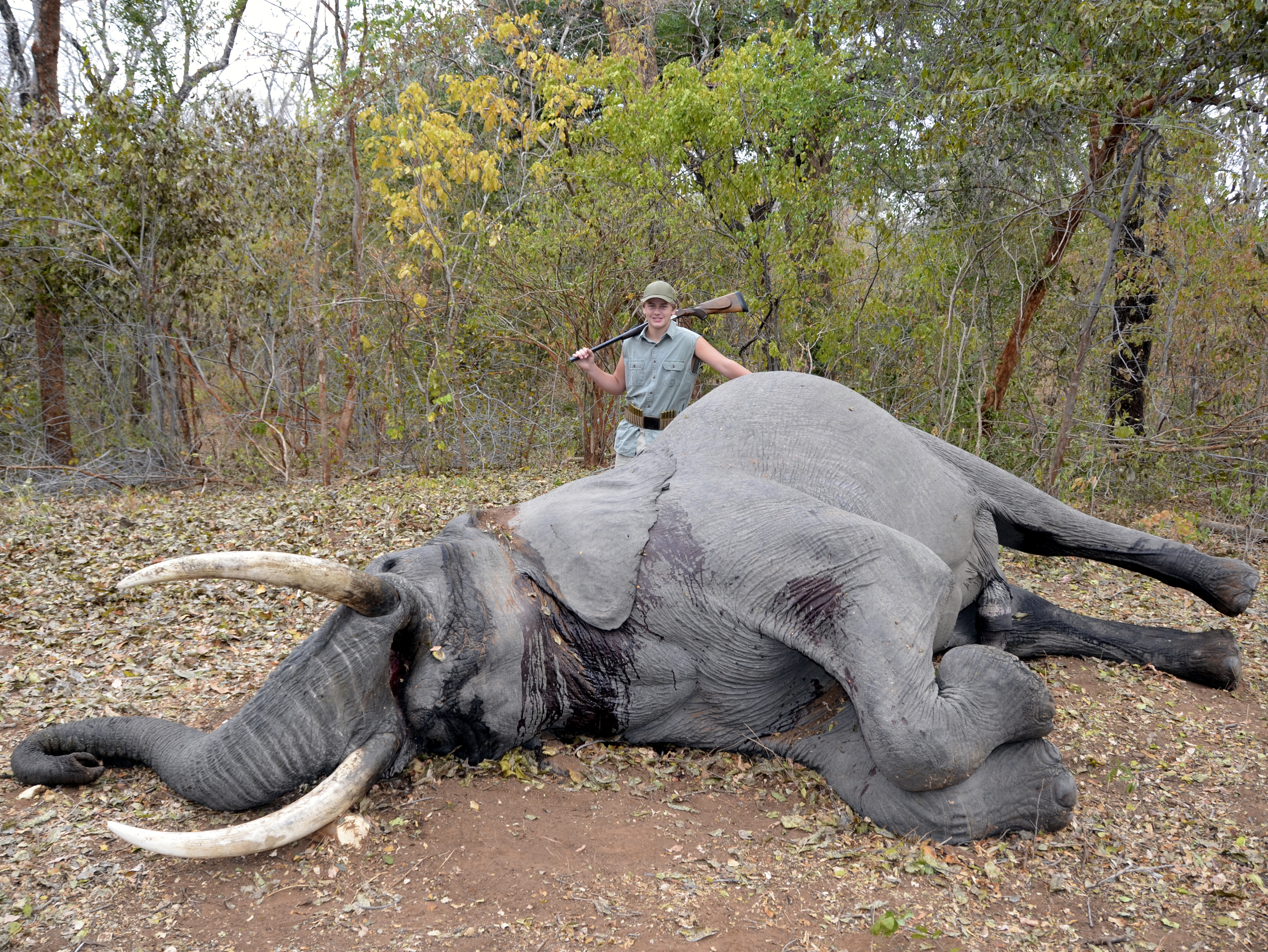 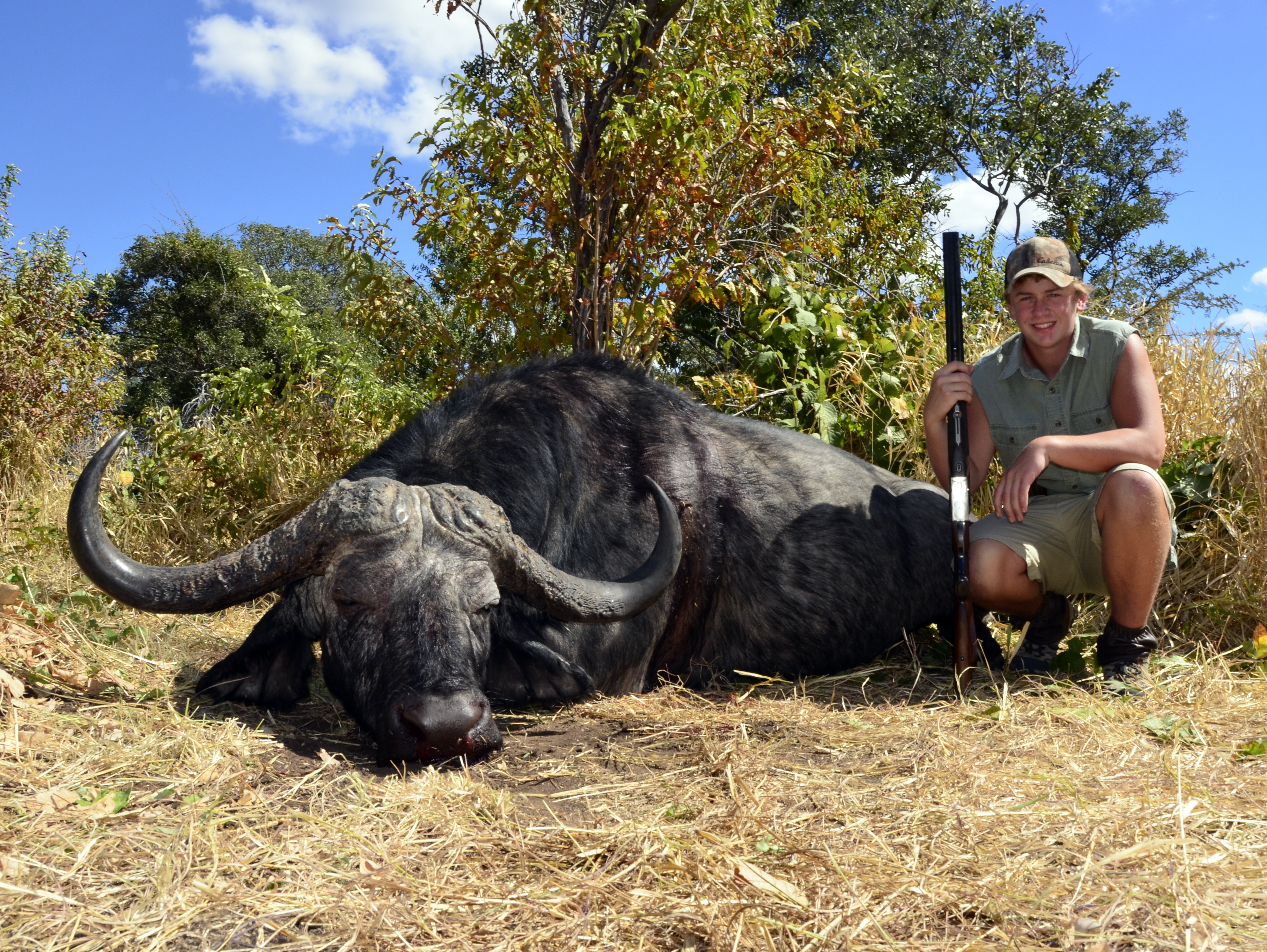 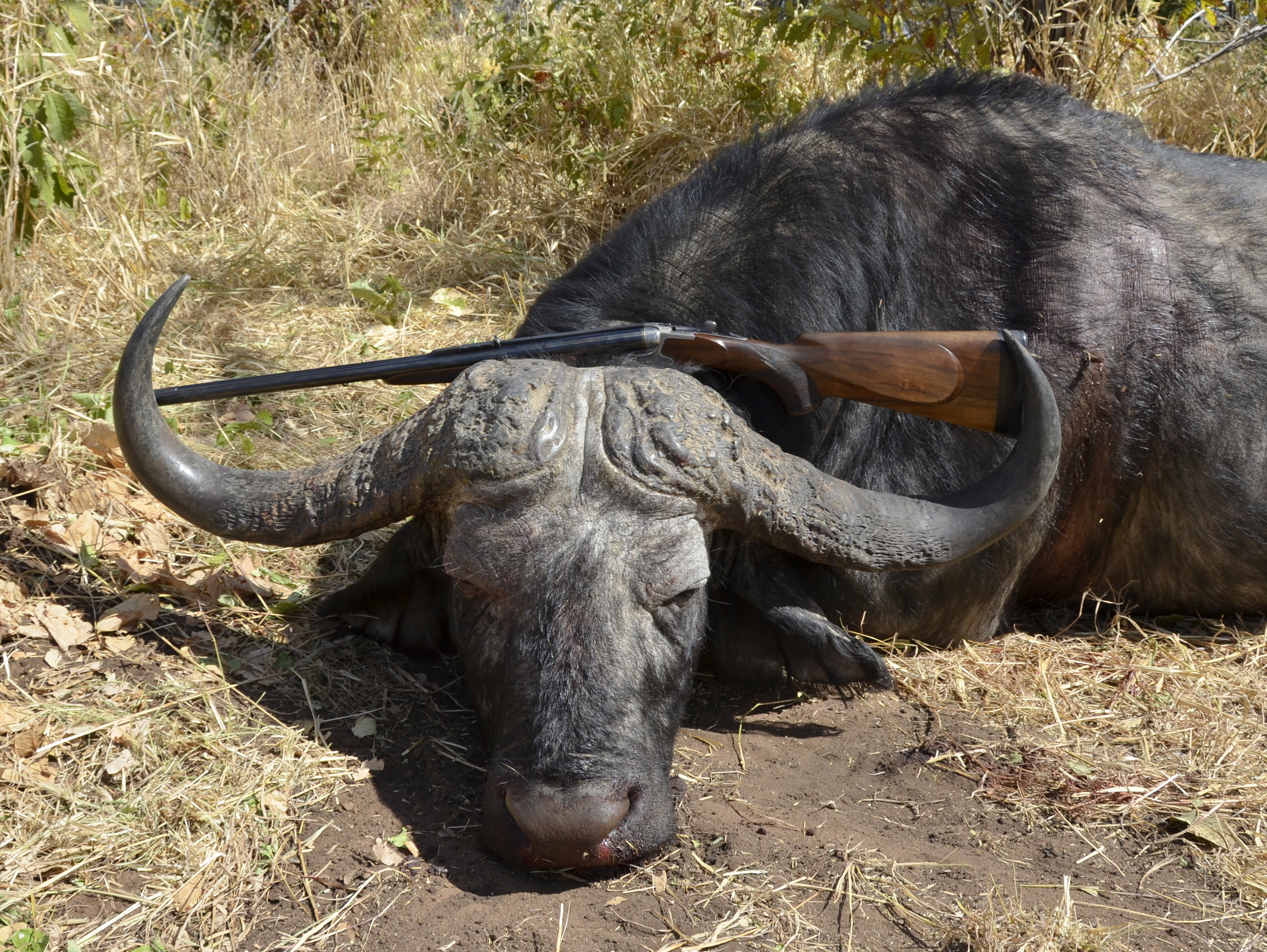 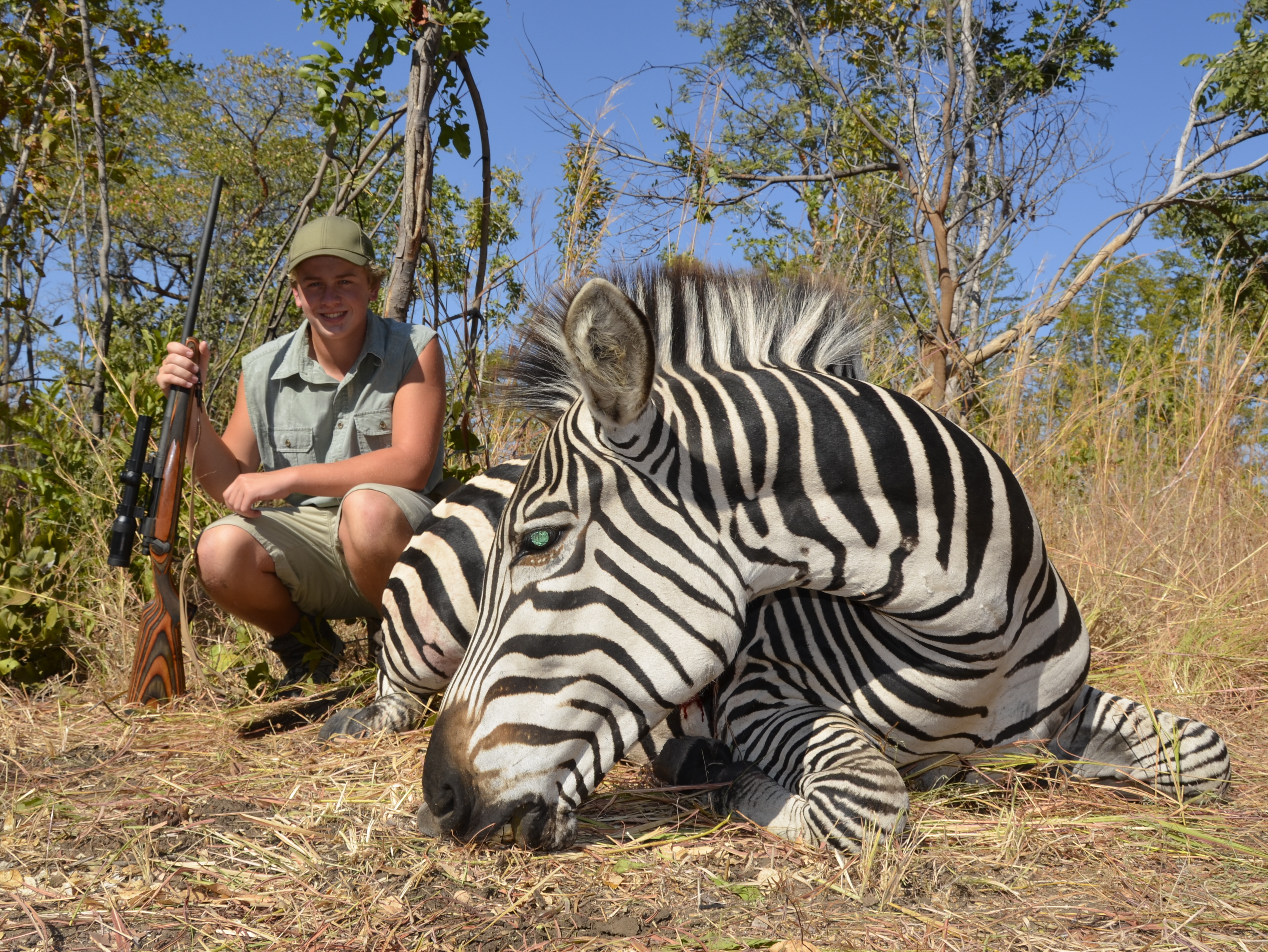 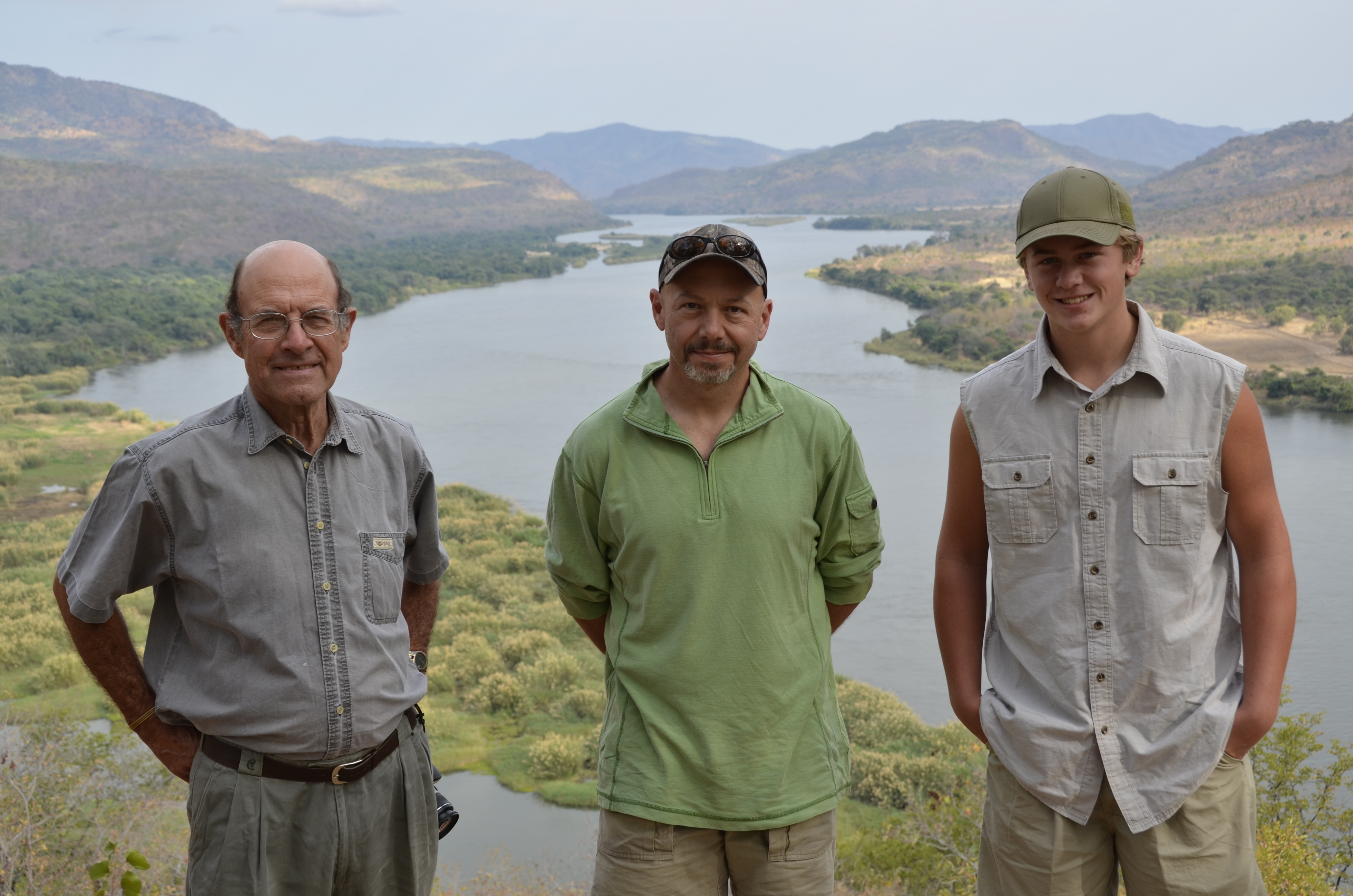 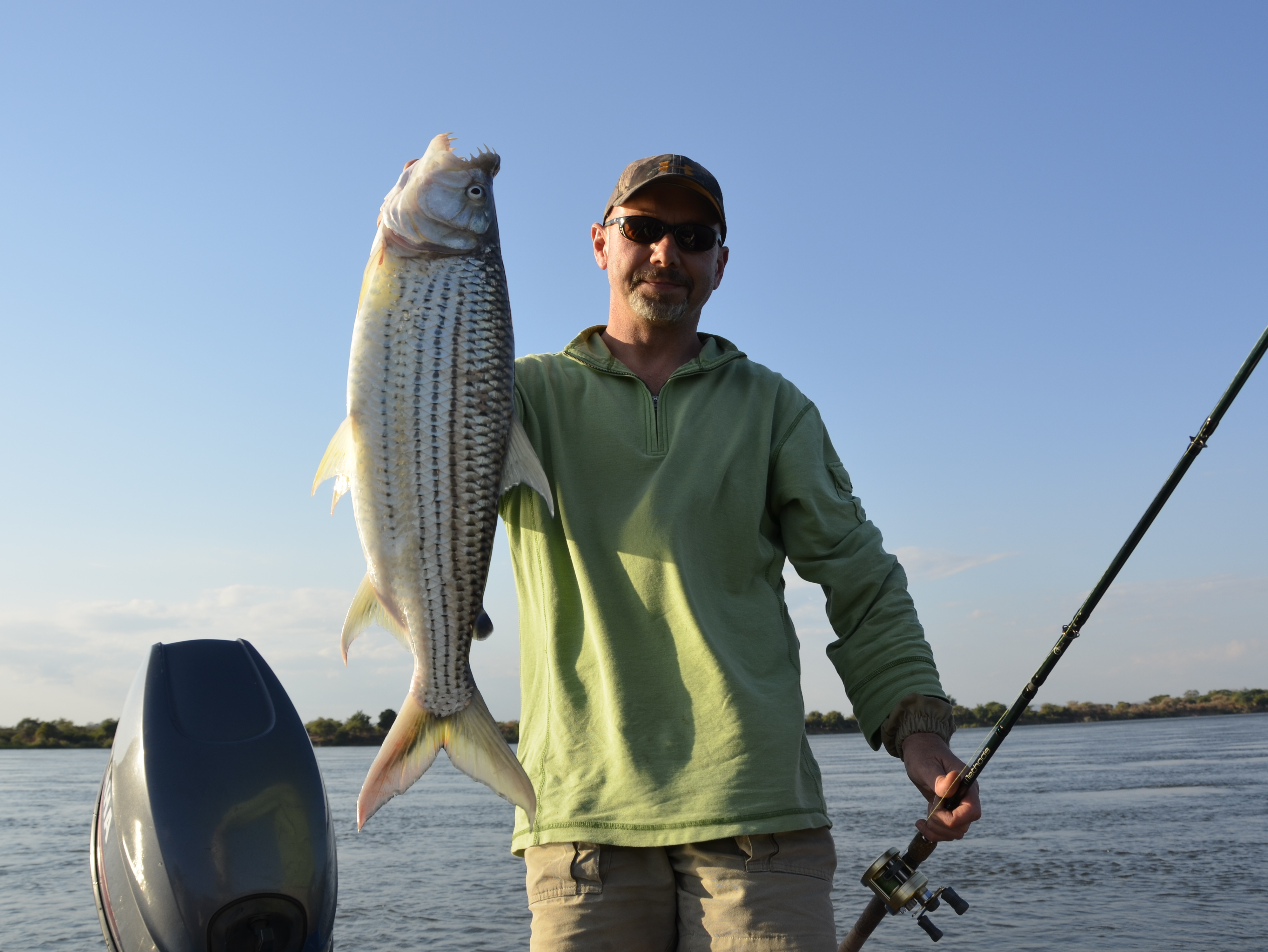 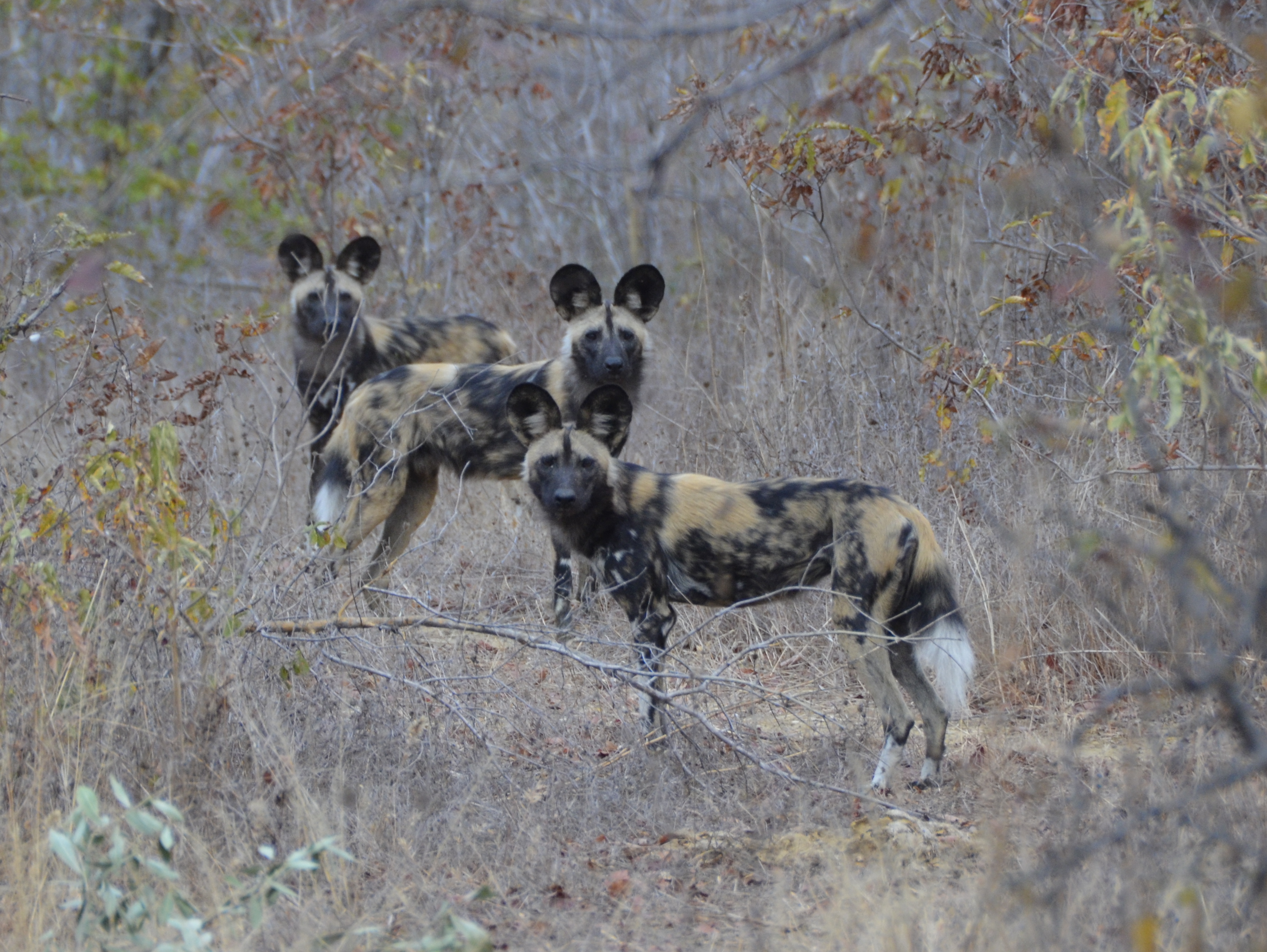 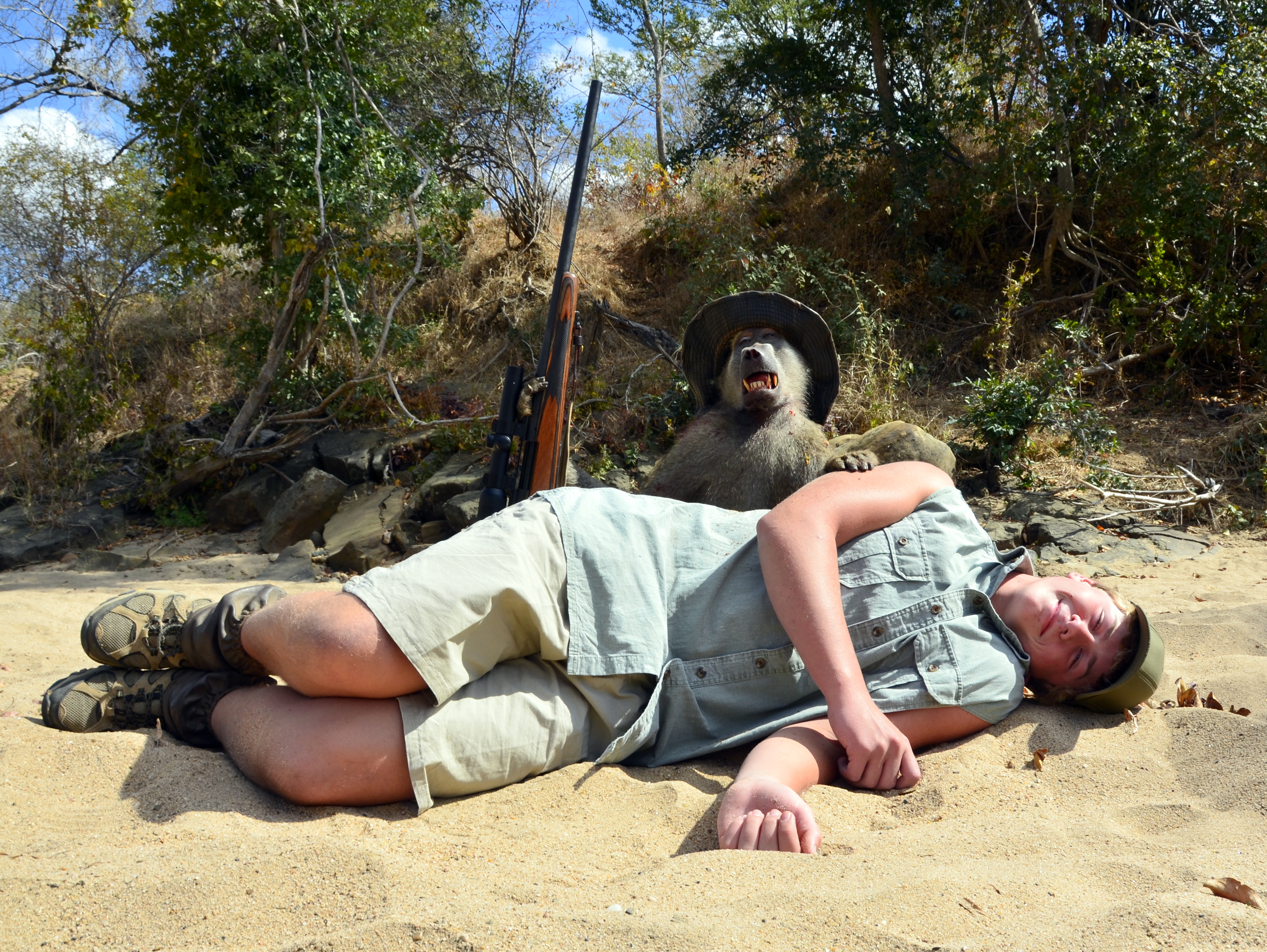 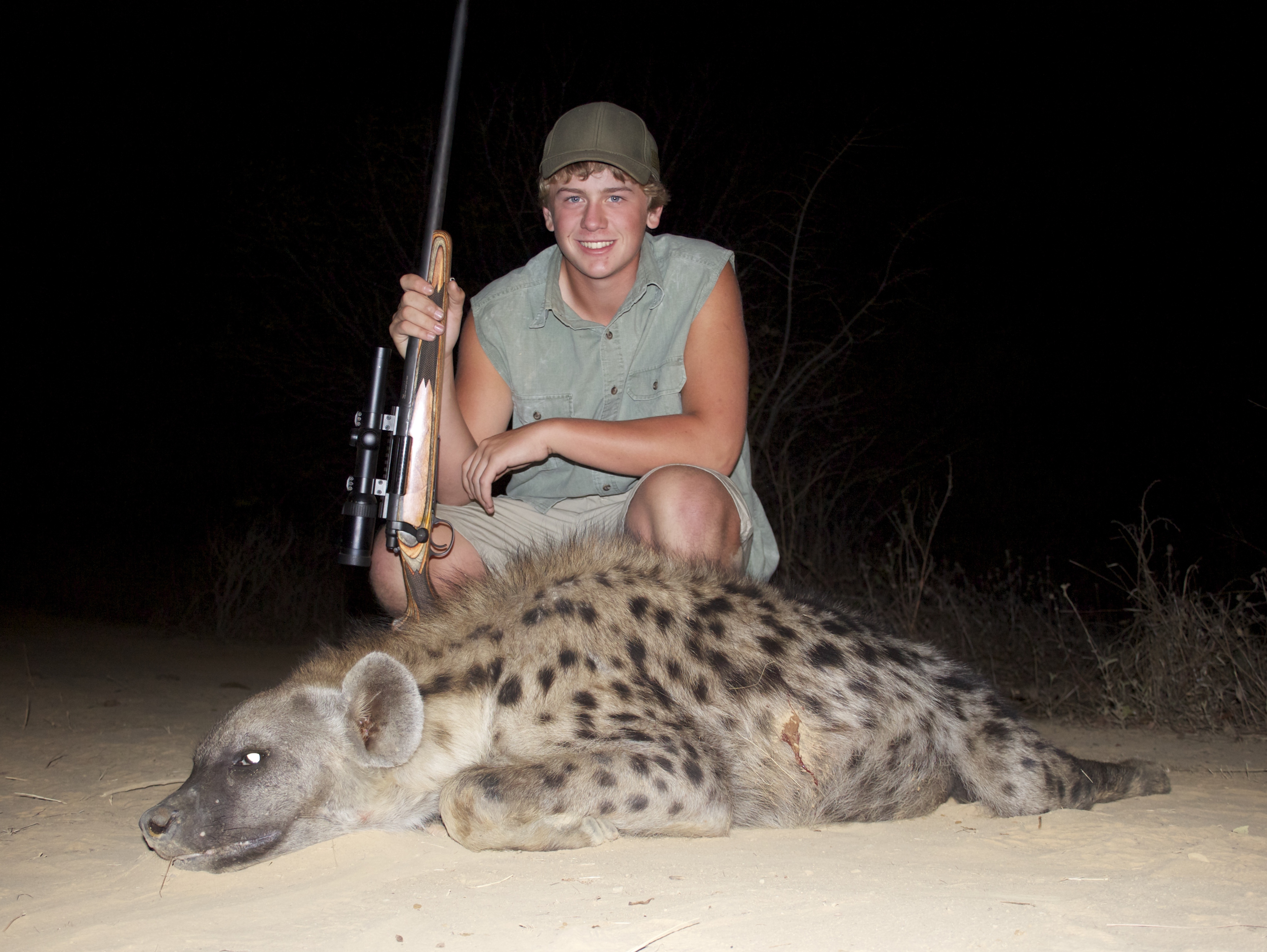 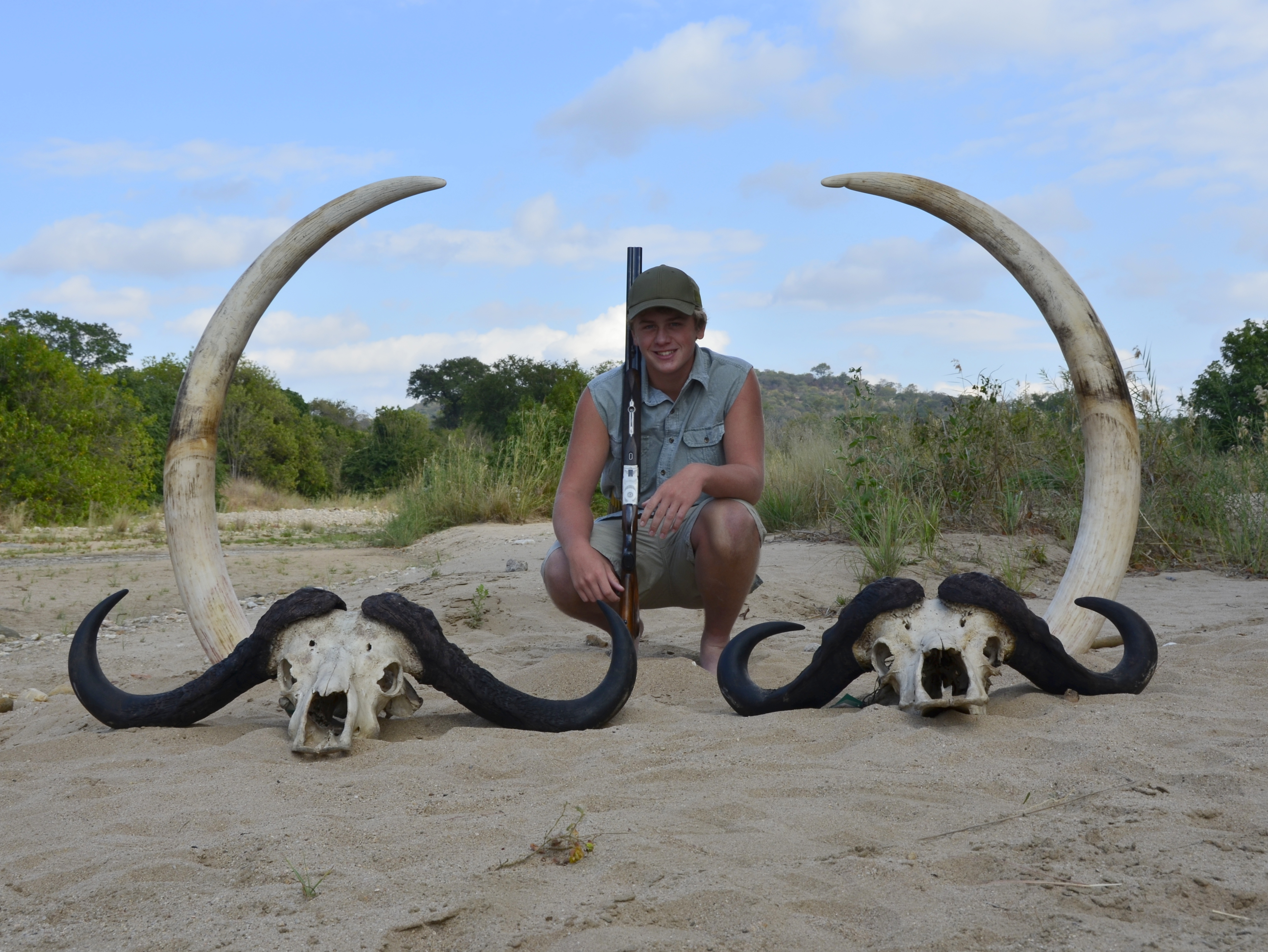 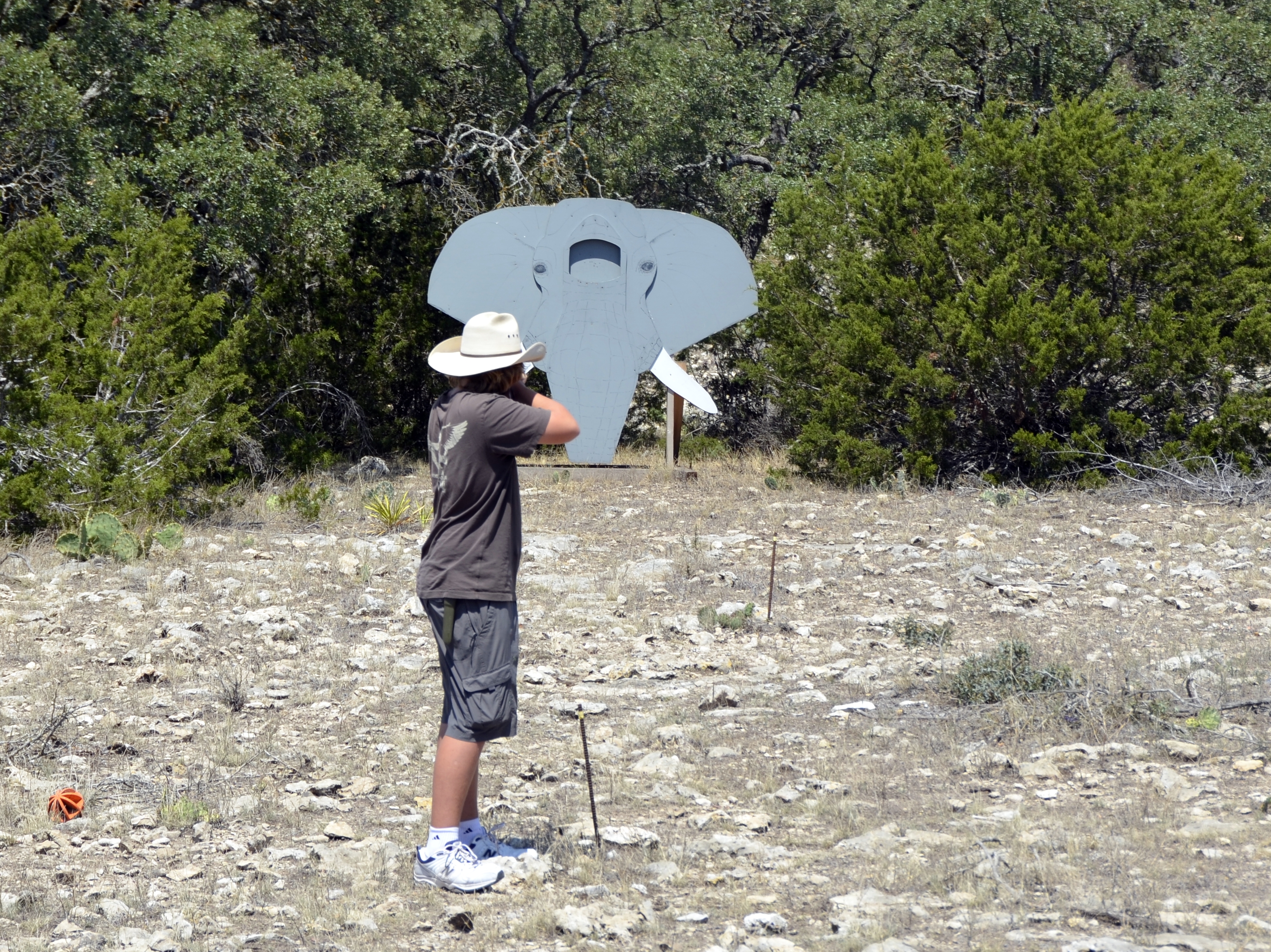 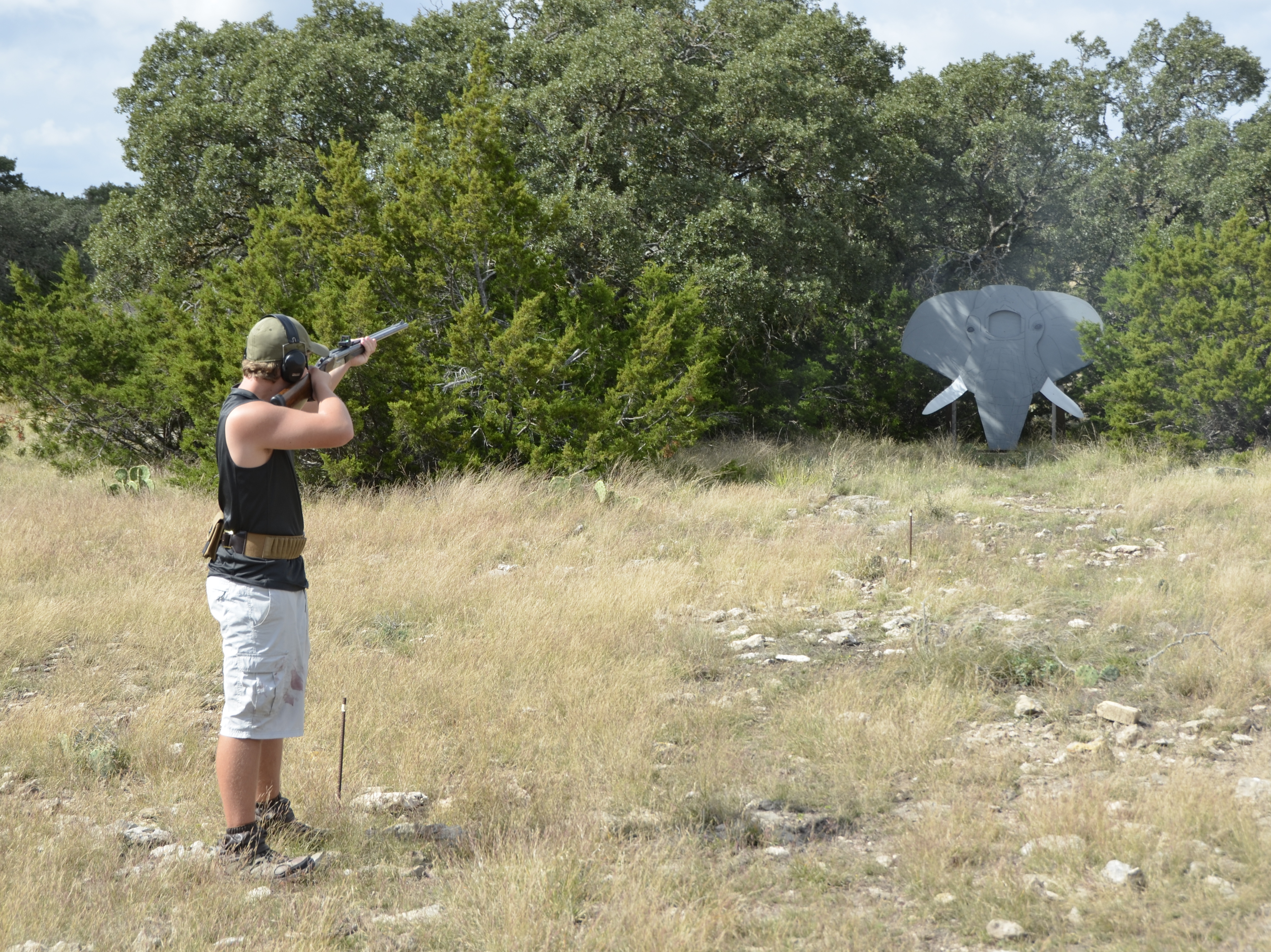 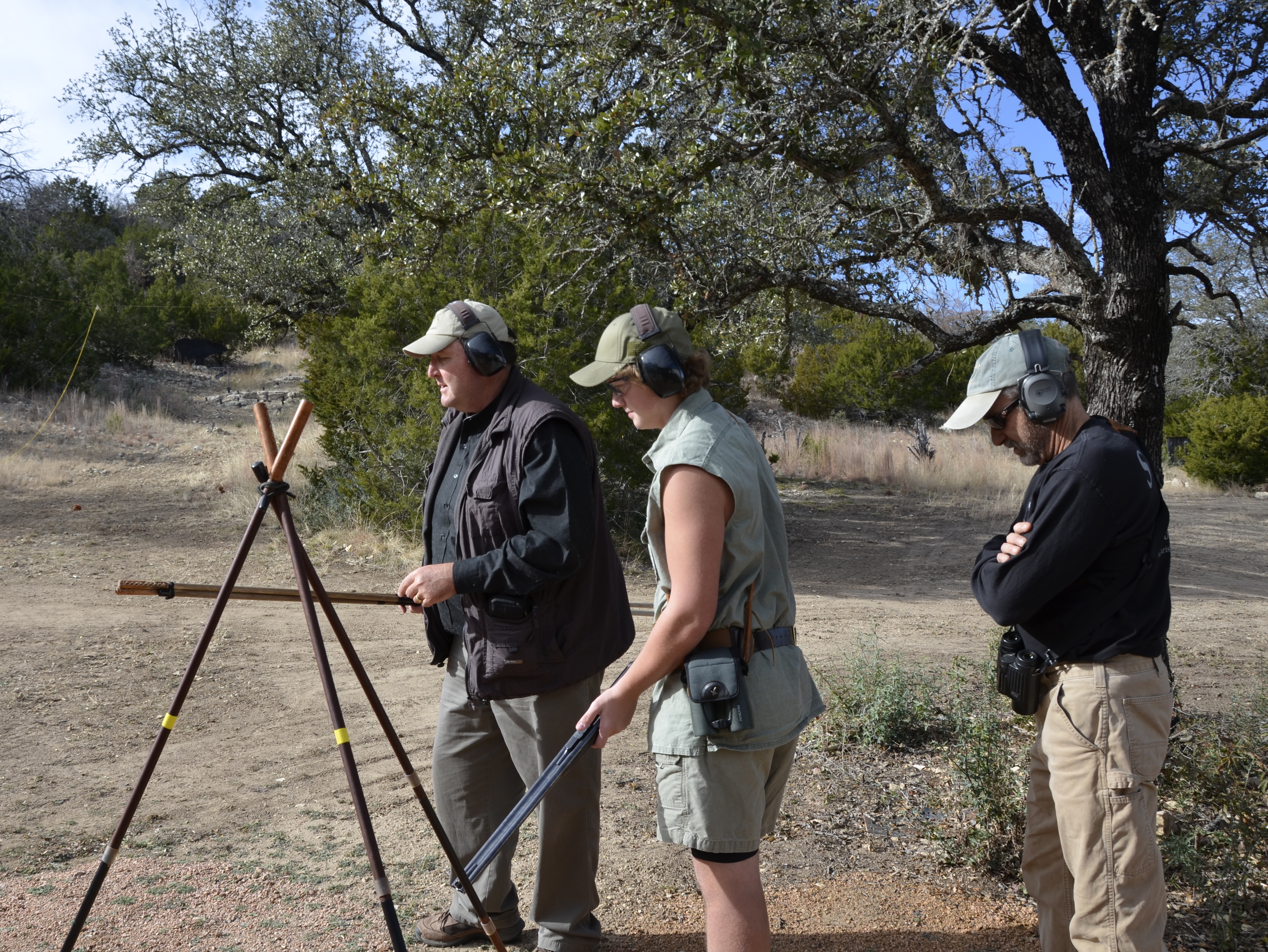 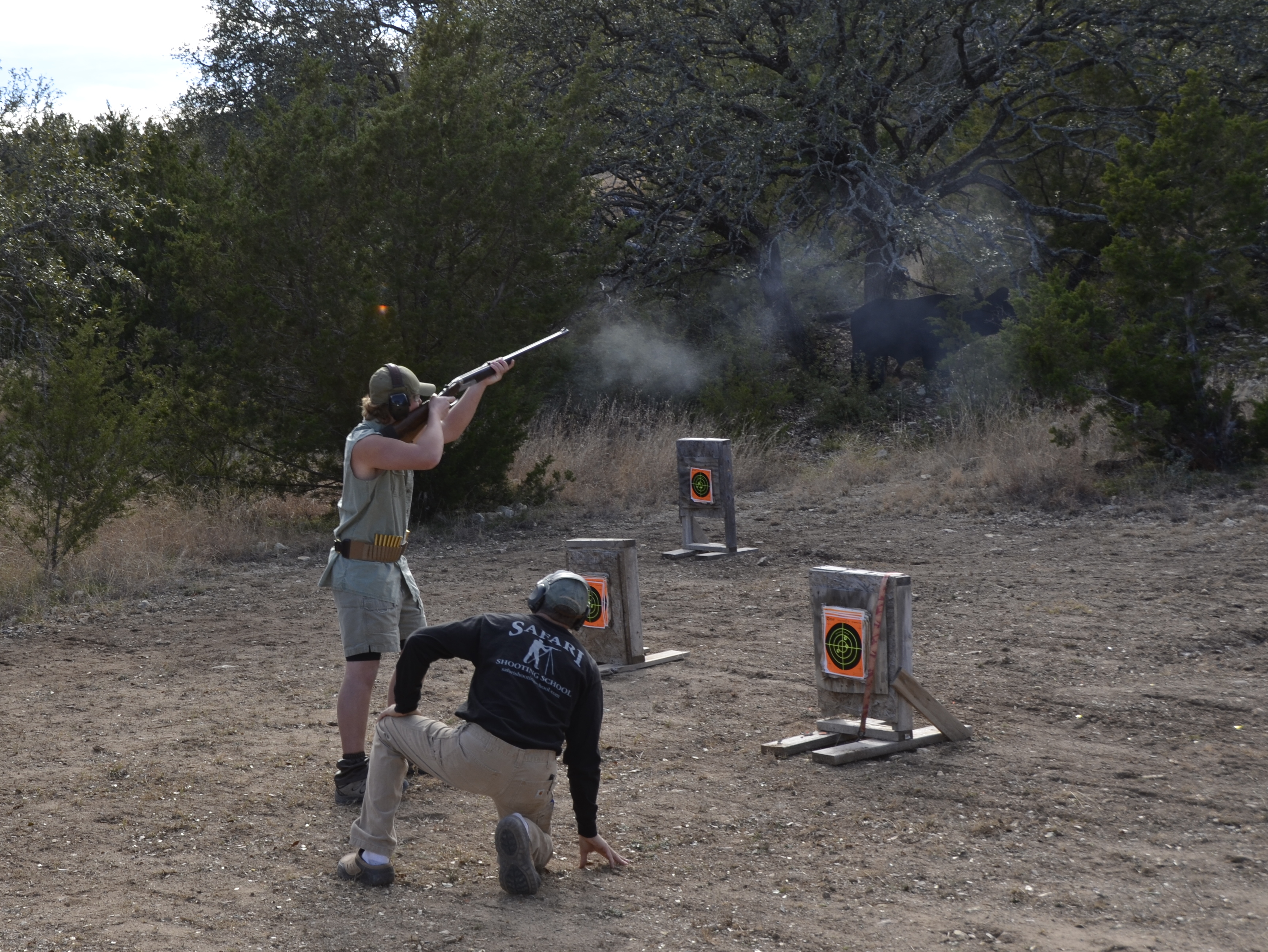 Great report, and the baboon picture may be the funniest pic I've ever seen. Love the little smile in that pic!
HUNTERS make importation bans work!

I'm not sure that your son will have truly appreciated what he just managed to do. Pretty incredible.

Thanks for the report.

What a great hunt. Thank you for sharing the pictures.

Outstanding report, hope to hear it retold at DSC! Congrats to Hunter!!

Stunning photos and great trophies! Congrats to you both, it sounded like an excellent hunt!

Congratulations to you both on the terrific and unforgettable hunting experience.
There are many degrees of wounded . . . there is only one degree of dead

Incredible hunt for sure.....your son will know He was blessed to have the chance to live this hunting...... maybe not yet.......great pictures, better trophies, the beast preparation and tiger fish just gorgeous.

Congrats to both of you for a fantastic hunt and some great trophies.

Congrats on a great hunt.

congtaulations to you both , fellas
hunter is most fortunate , to have such an excellent adventure as such a young age .
thanks for sharing your adventure with us all .
that baboon picture is fantatsic ......
THE HUNTER; The person that pays over 90% of the cost for the presavation and maintance of wildlife and gets zero credit for it ................

What an amazing hunting trip for your son......and yourself. Your son having the opportunity to spend time with Richard Harland is pretty special. Not many people your sons age will ever have that connection to Africa and elephant hunting.

The trophies are exceptional. Even for grizzled old African hunters with many trips.

It doesn't get any better than a father/son hunt. Thanks for sharing the report and photos.

Congrat's on a fantanstic safari! Hunter is a lucky young man to have a dad that is able and willing to share his passion with a trip like that! Well done Jerry! Fantastic trophies. It will be hard to top that trip!!
PS - My youngest son's name is Hunter also.

Thanks for the comments. My oldest son, Zak, took a lion and several nice plains game animals last year (I let both decide which animal they wanted most - his desire was lion, Hunter's was elephant). Both studied their chosen animal extensively, and we built life-sized plywood targets of each and practiced as often as we could get to our property. Things seem to change quickly in Africa, and it's not that I have a bunch of disposable cash laying around - it just happens to be my passion and I decided I wanted each of my boys to experience it while it was available and before their schedules become complicated with that all important 3 letter word - JOB! I may never be able to retire, but I have memories that are priceless ....

That`s an amazing safari for any age, let alone when you are just turned 15 Great stuff! I agree that those memories are priceless
You must log in or register to reply here.