I just returned from an August safari with Chifuti Safaris at the Nuanetsi Conservancy.
We flew Delta from DFW to Atlanta then to Joberg. On the ATL-Joberg leg we had reserved the economy comfort seats. Well worth the additional $800 for the extra room. We spent the night at Africa Sky.
They also helped us with guns upon arrival then departure to Zim the following day.

Africa Sky is a nice way to rest before the next part of your journey. They are very close to the airport and a good bed and nice meals are welcome after a very long flight.

The next day we had a SAA fight to Harare that took about two hours. We were hassled by the airline employees about the weight of our bags so we had to play the game of removing gear just to put it back in later.

No real problems upon arrival in Harare other than the usual inefficiencies found in Africa like standing in a long line to pay your $30 visa fee then having to stand in a different line to get your mandatory receipt for the $30. We also had to check in our guns with an official then check them in again with a policeman in a different location at the airport.

Once we were free to go we took a two-hour charter flight to Nuanetsi on a Cessna 206.

At the airstrip at Nuanetsi we were met by our PH, Keith, and his trackers.
During the twenty minute drive to the camp we were stunned by the number of plains game we saw.

The Chifuti camp is located on a river and has individual chalets with showers and toilets. Early morning and evenings a generator supplies electricity. It is a beautiful location and camp.

The first morning of the hunt we started checking water holes for daggaboy tracks. Within the first two hours our trackers spotted a nice Kudu. I was able to take it with a shot from about 150 yards with my .375 H&H Winchester Model 70. The 300 grain Barnes TSX bullets performed perfectly as always.
It was a nice 52" bull.

After taking the Kudu back to camp we spent the rest of the day driving many miles and visiting many water holes. Late in the day our trackers found fresh tracks of several daggaboys. A plan was formed to return to that water hole early the next morning.

The next morning we started tracking. They spotted tracks of a large male lion but we never saw him.
We spooked a couple of Wildebeest and in their comical reaction one of them nearly ran head first into one of our trackers. That provoked much laughter from everyone and broke the tension of tracking buffalo in the bush.

We continued tracking our daggaboys. The temperature was pleasant but the wind kept changing direction which would complicate matters. We soon found the buffalo feeding but the bush was very thick and the wind changed again and we had to back out.

On our next approach some Impala alerted and we had to back out again and come in from a different direction. This happened several times but we eventually were able to come in within about 40 yards from a buffalo. One of the Wildebeest we spooked earlier was nearby and almost gave us away. We sat down on the ground for about 15 minutes.

Finally my PH, Keith, motioned for me to move into position where he had placed the sticks. I moved out from behind the bush and stood up behind the sticks. The buffalo was in full left profile. He looked in our direction so I quickly aimed for a heart shot and fired my .404 Jeffery CZ. The .400 grain Barnes X bullet was not deflected by the bush and the buffalo reacted to the hit. He ran about 30 yards and immediately collapsed.

I chambered a Hornady DGS solid and we approached the buffalo from the rear. My PH asked me to put a shot into the left hip to be certain. I did so but it was not necessary. My first shot had hit the center of the heart. A moment later my buffalo hunt was complete when we were rewarded with the distinctive death bellow. The buffalo was an old mature daggaboy. He was merely an average 36" spread but he was my first Cape Buffalo and the hunt was everything I had hoped for and had probably daydreamed about thousands of times since I was a boy.

I'll write more later but this was the highlight of my safari and the reason I had traveled 10,000 miles. 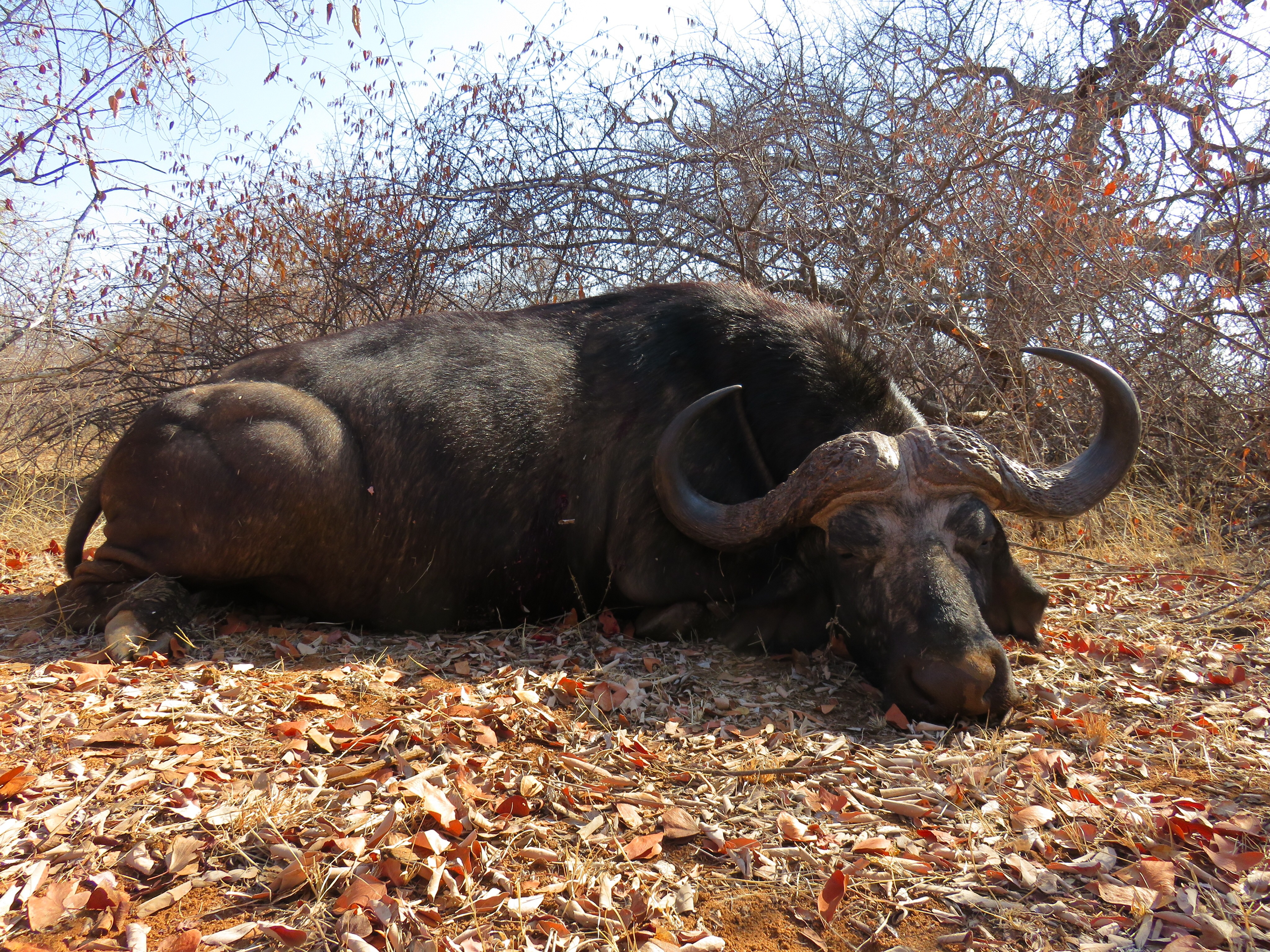 Congratulations on your first Safari success.

Look forward to the rest.... 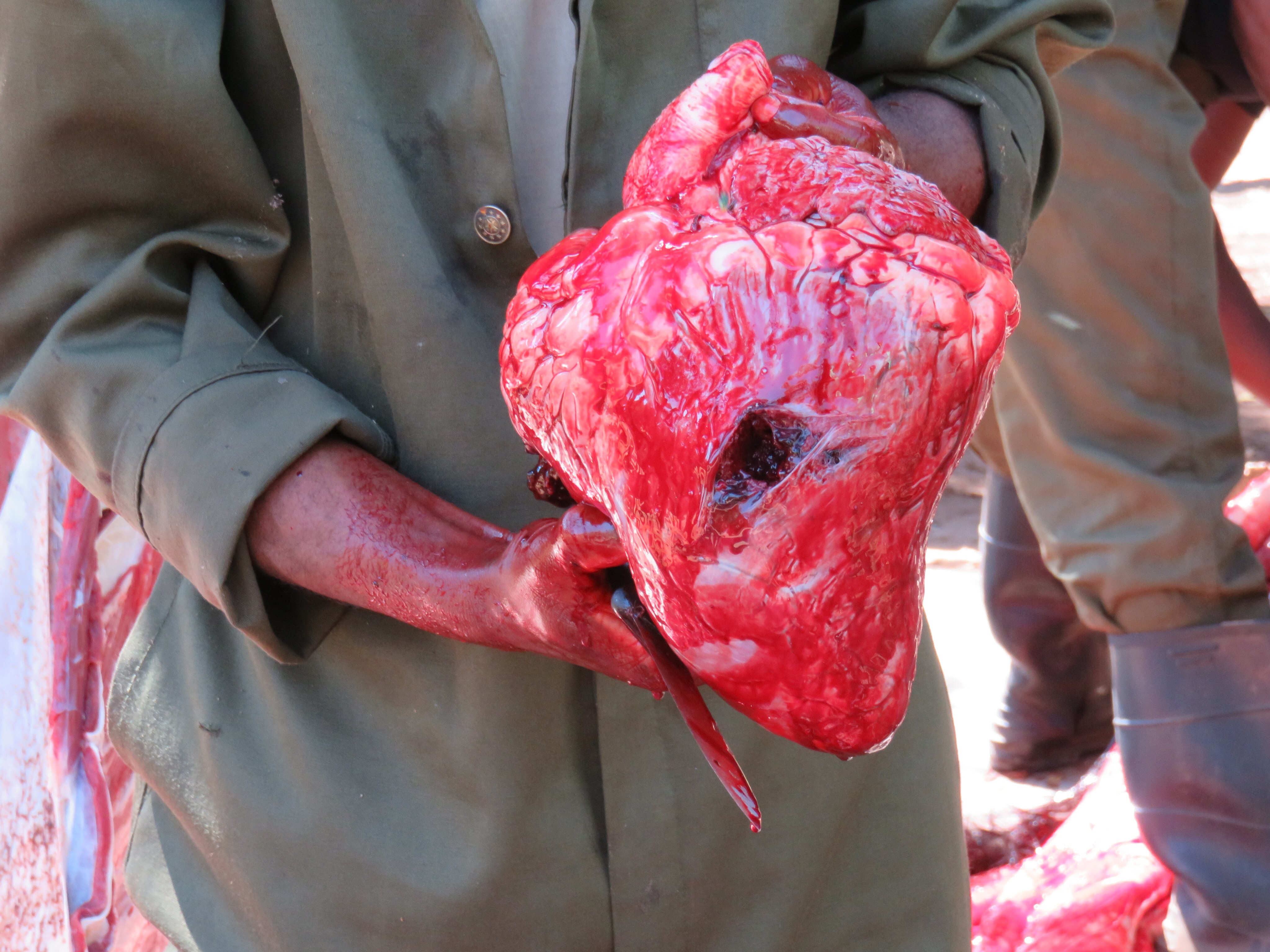 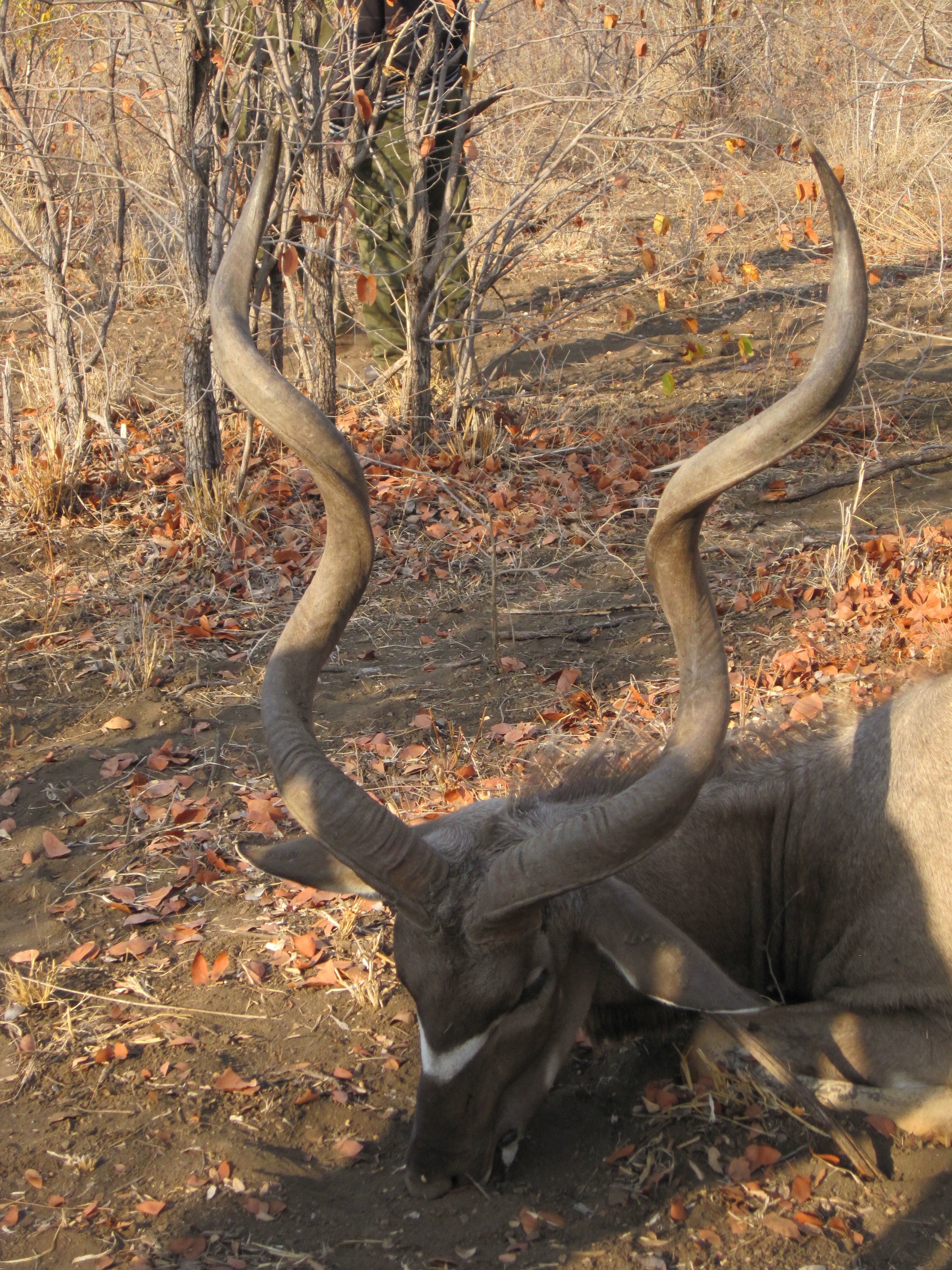 Pretty sure you did not need that insurance shot either.
Great shooting.

congrats, great shot on the buff
on the ocean or in the bush.

Chifuti is a great operation. I was in the valley with them last year and enjoyed every second of it.

I didn't realize they had lions at nuanetsi. Did they say much about them? I'm just wondering if the population is increasing in that area?
HUNTERS make importation bans work!

Apparently there are only a few lion. Lots of leopard though.

good shooting and congrats on a great adventure!
Let's make a plan

Well done Mike, nice to be able to make a man`s dreams come true...and then you did it with a 404 Jeffery , what more can you wish for?? Thank you for the write-up it is much appreciated.

Ditto what Gert said about the 404.

Thanks for the report and photos.
And here I am, returning to Africa of many faces;.... the sloe-eyed temptress with flowers in her hair who stole my youth and my heart, and left me an old man with a kaleidoscope of conflicting memories of many dashed hopes and some fulfilled dreams. E. Echols

Hallo Wheels
When are you coming for another Africa hunt? It is time you use your 404 Jeffery again....

Gsxrmike said:
Apparently there are only a few lion. Lots of leopard though.
Click to expand...

Yeah, knew there were good numbers of leopard, and big leopard. Nice to hear about the lion though. Maybe they will get them up to huntable numbers before too long!
HUNTERS make importation bans work!

Gert Odendaal said:
Hallo Wheels
When are you coming for another Africa hunt? It is time you use your 404 Jeffery again....
Click to expand...

Was in SA with son for hunt in January and hunted myself in February in Botswana. Was in Tanzania on business between hunts so I couldn't take 404. Just used camp guns.

Don't have anything specific set up yet. I think I am getting to old to do one of your "Roughing it" expeditions but certainly enjoyed reading about it.
And here I am, returning to Africa of many faces;.... the sloe-eyed temptress with flowers in her hair who stole my youth and my heart, and left me an old man with a kaleidoscope of conflicting memories of many dashed hopes and some fulfilled dreams. E. Echols

Hallo Wheels
I already commenced with the initial 2016 planning for the 1800 era black powder hunt..it will be an improved hunt on all aspects...we even plan to have a prominent black powder rifle manufacturer from abroad to join us on the next hunt...there will be an scotch car /ox wagon with two oxen, two horses we will use to hunt with...hunters who have a lot of knowledge regarding bush craft...I will be taking along my self-build bow traditional bow to try to hunt on foot maybe hunting a warthog or impala...
Last edited: Sep 8, 2015

Well done Mike, can't see your shot being much more perfect than that!

Wow, what perfect heart shot, that old boy wasn't going anywhere. What a perfect old bull, solid gnarly boss, dreams made !
You must log in or register to reply here.