This was Jims first trip to Zimbabawe, he was after Cape buffalo ,Eland ,Kudu and warthog. Jim arrived in Bulawayo and we headed south east to the Nuanetsi conservancy. After a five hour drive we arrived at Mbizi camp. We enjoyed a few ice cold beverages then hit the sack for an early start. 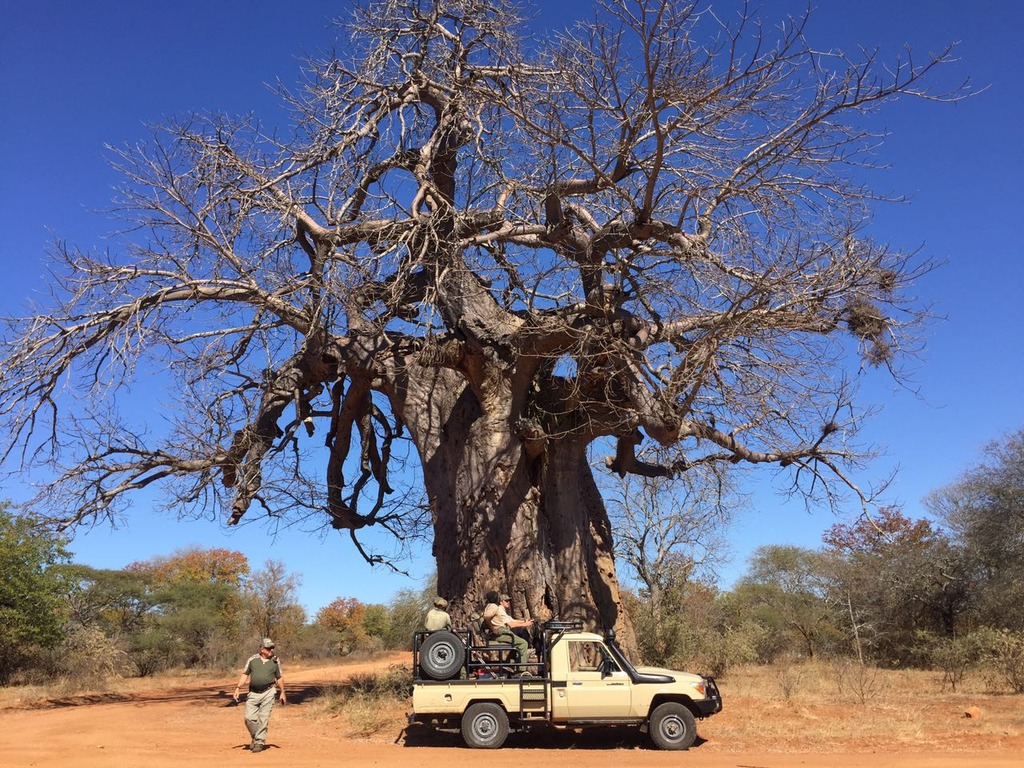 The first couple of days we walked about 9 miles a day tracking various herds and dagga boys. Tracking was pretty easy but the bush was thick making it difficult to get close to the buffalo without them hearing us. Finally on day 6, we found a herd that had just drank and had not long moved off. Following for a few miles we caught them just at dark starting to feed in some open country. After watching the herd for a few minutes I was able to pick out a nice bull. Setting up the shooting sticks, Jim rested his rifle and took aim with his .416. The bull was standing broadside at about 90 yards,the shot went off and the bull hunched up and took off with the herd. As it was getting dark we marked the spot where the bull was standing and headed back to the truck.

On returning in the morning, we followed the herd until we found blood. Just a few spots. The bull left the herd and bedded down but eventually joined the herd. The trackers did a fantastic job of making sure he never left the herd and checking for blood everytime they bedded down. Later that afternoon at about 5:30 pm we found the herd feeding. It took several minutes to work out where he was in the herd but finally I was able to locate him and get another shot into him. Again it was late in the evening so we had to return the following morning.

On returning in the morning we found that he left the herd with a good trail of blood to follow, and it wasn't long before we found him dead. Jim and I were so relieved to recover him and grateful to the trackers for all their hard work. The bull we shot was not the widest bull but we were happy to get him with bush being so thick. 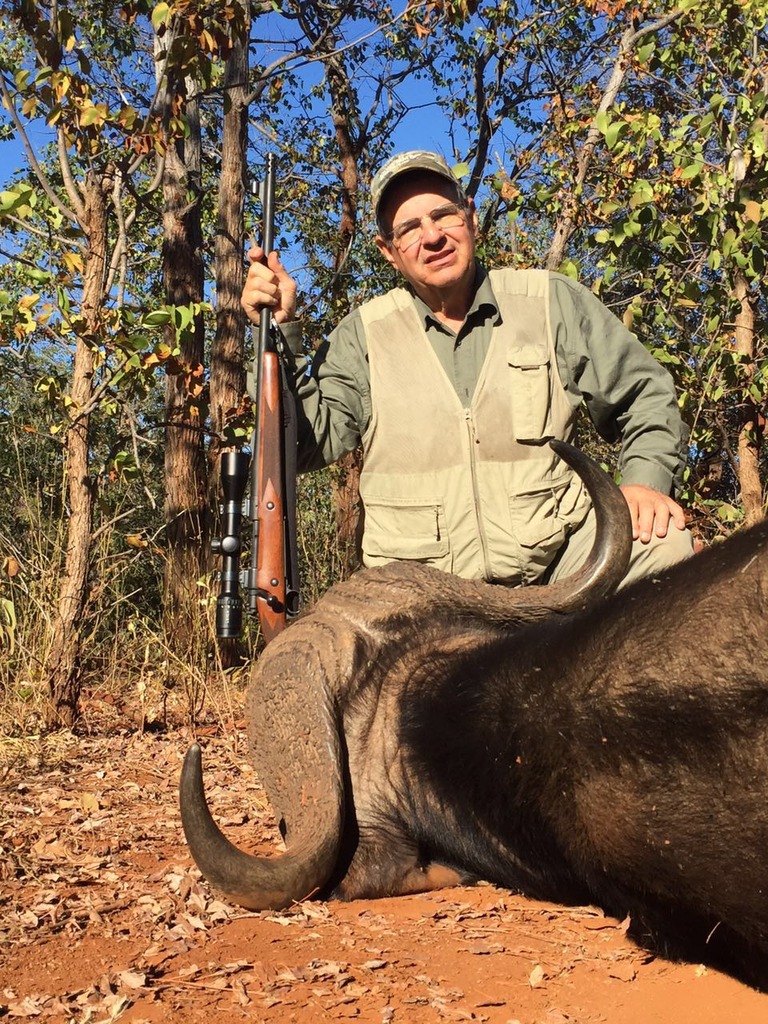 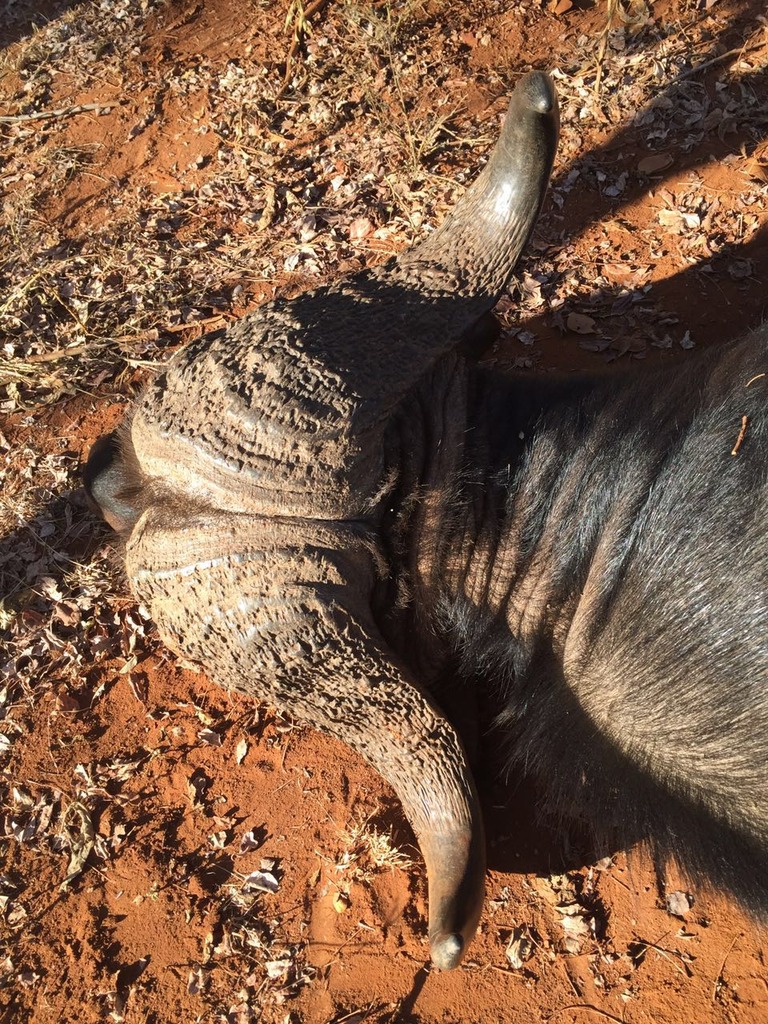 The next few days we took a fantastic eland bull and a huge warthog. We did see several kudu Bulls and made some stalks on them but did not get the chance to shoot. 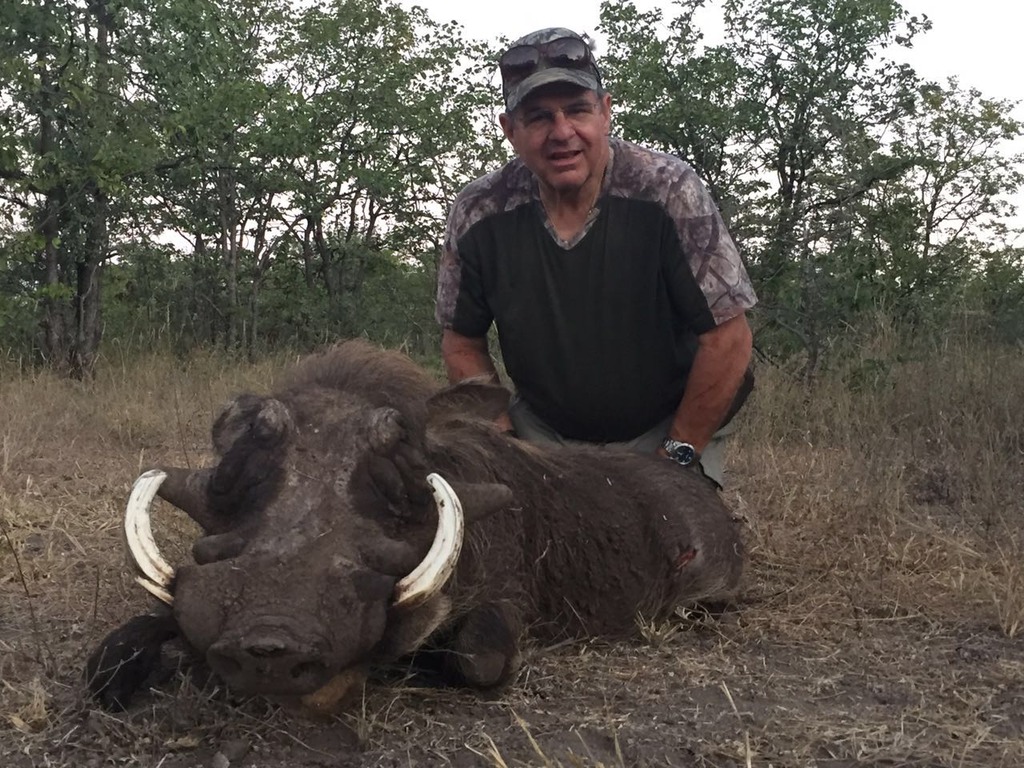 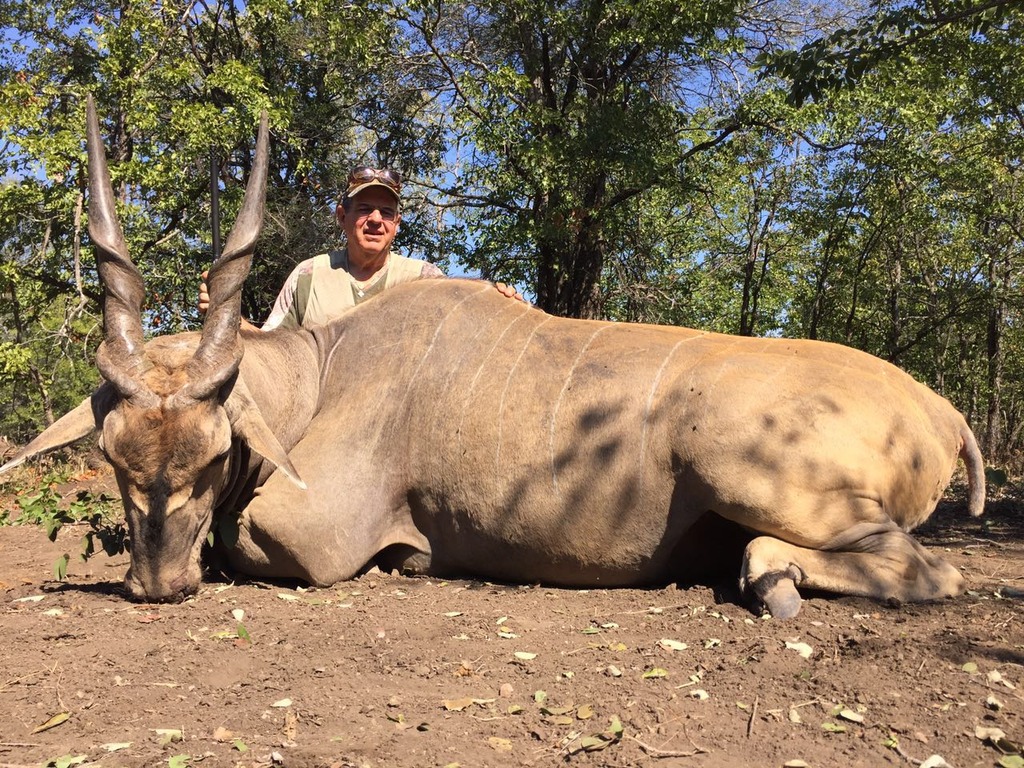 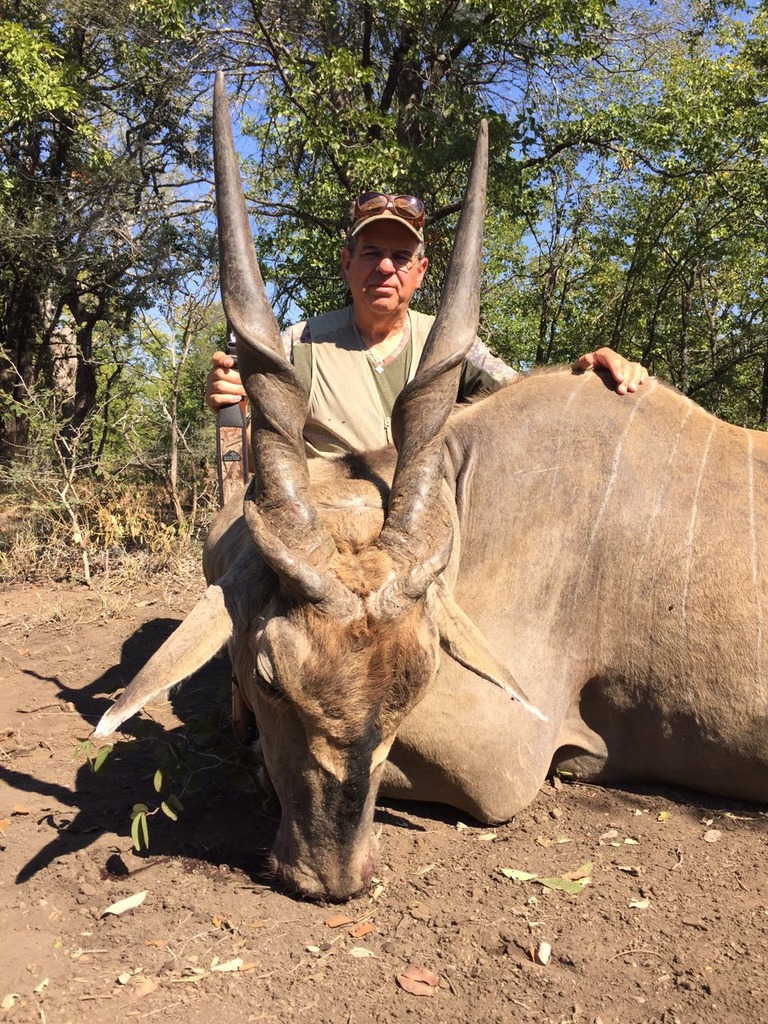 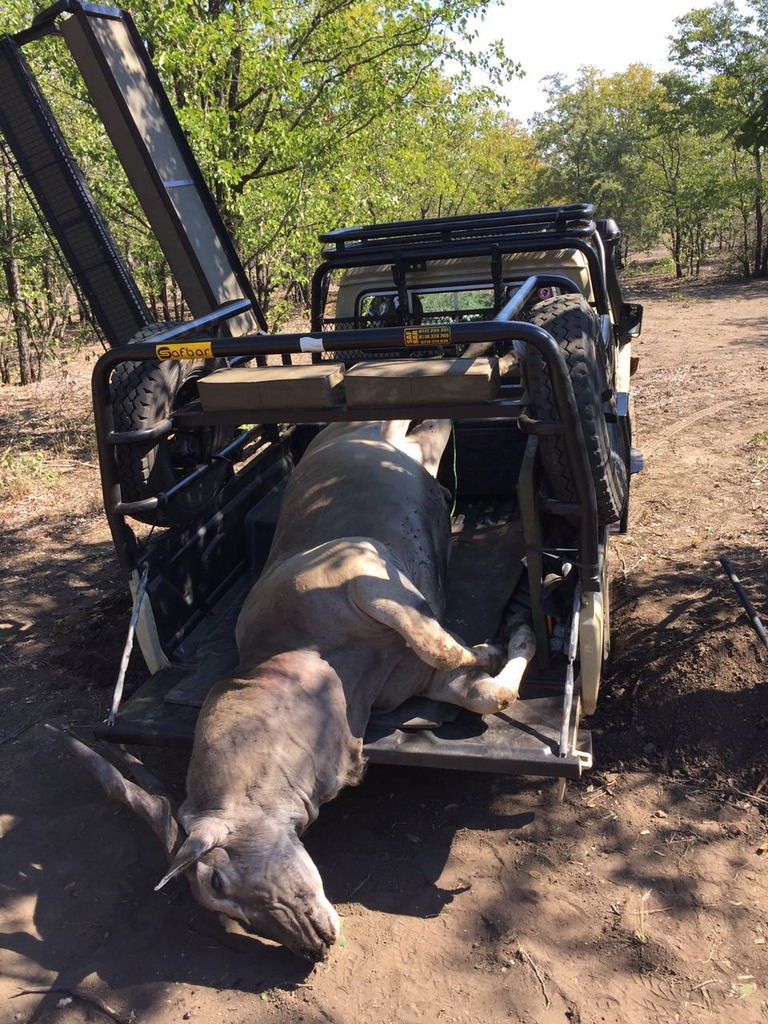 We decided to leave a day early so Jim could join his friend in the Victoria Falls for some sightseeing and to celebrate his 70 th birthday.Overall it was a great safari and I am glad to have guided Jim on his first safari in Africa, I look forward to the next one. 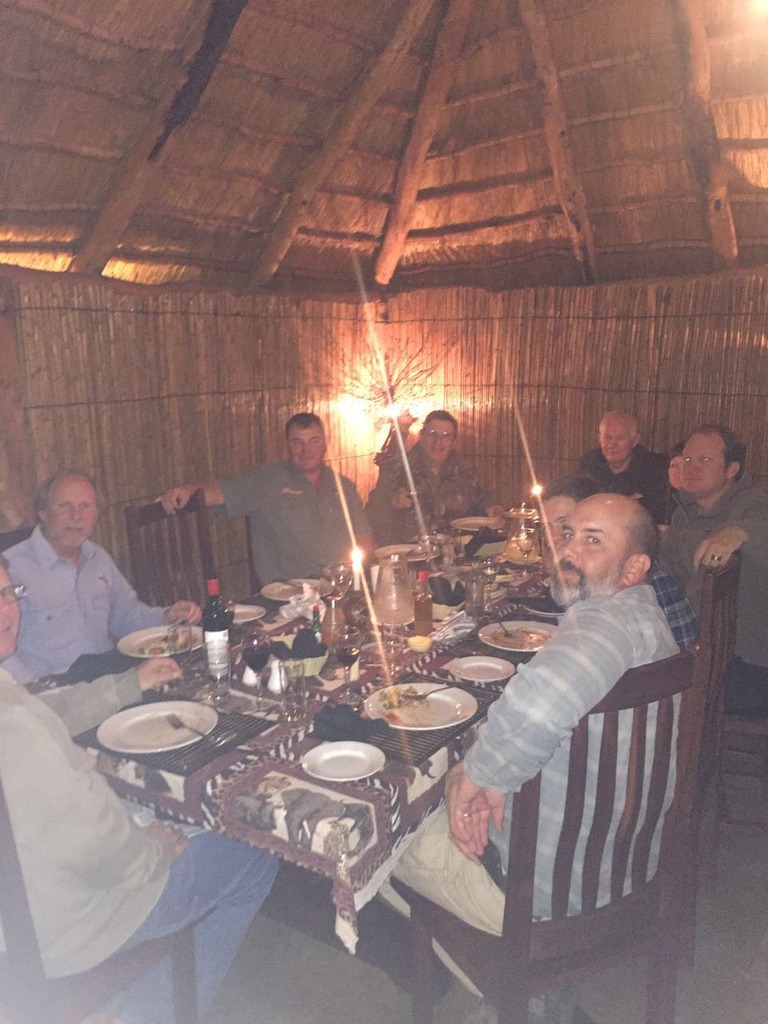 Well Done, congrats to the hunter on some nice trophies!
John 3:16

Jim got the full experience and then a great way/place to celebrate his birthday.

Congrats to you both.

Lindon - you my man are having a fantastic season.