Just got back from Humani. Hunted with Butch Coaton.

The first 4-5 days we concentrated on PG as rain was forecast, which would render the pans useless.

First morning we put up a popup blind and I shot a Zebra within 20 min. My first ever shot with a rifle in Africa was a (mountain) Zebra in Namibia and my first ever with a bow also a (common) Zebra. Pass through at 32 y. While we were waiting for the trackers to come back with the cruiser from checking out another pan I shot an Impala for camp rations. 2 down within an hour.

On the way back to camp we spotted a couple of Impalla and a Bushbuck on the road. They all just casually walked off the road. I got out of the cruiser, got my bow, walked along the far side til we got parallel to the Bushbuck. I ranged him at 35 y, drew the bow back, Butch reversed out of the way and I shot him through the base of the neck with a slightly quartering away frontal.

Next morning shot a Warthog at 32 y at a different pan. He really jumped (& rolled) the string on my first shot. He walked away slowly as he was clearly sick from the shot. At 50 y Butch said to shoot him again for insurance, but he was facing away. He started to slowly meander away and stopped about 3 y behind two trees we ranged at 62 y. There was a 9" gap between the trees and Butch said "Robin Hood." We decided to take the shot as I'd probably hit one of the trees. I set my pin at 65, drew back, pin went on right tree first, then left tree and then as soon as it settled in between I pressed the release. As it turns out he was quartering away and the arrow made a full pass through from right rear flank through the left chest.

The next two days we placed our attention to Kudu and Wildebeest. No mature Kudu came up and never was able to get a shot at a big bull Wildebeest due to no clear shot- too many in front/behind. First rain came & we decided to spend the next 7 days concentrating on Dugga Boys.

Hunted the river reeds next. One afternoon got to within 17 y and waiting for a shot before we got busted. Crawled 250 y to within 50 y of 8 Buff out in the grass around a pan before a fkn Oxpecker busted us. Best opportunity to date came when we dropped our boots and socks off and waded across the Turgwe with the wind at our faces. We climbed the bank and were within 17 y of them feeding when the vortex of the wind coming over the trees rolled back and they scented us. Next day got to within 20 y what we thought were 5 but got busted as there were 12 sets of eyes. We had seen a total of 45 dugga boys within 36 hours. Unbelievable,

Next afternoon we went down to the river again and spied 12 Dugga Boys in the sand & river. We started to walk up the brush behind the bank when we spied one feeding just over the crest of the bank and made our stalk. There was a little notch/saddle on the crest and he was on the other side. Butch said he'd just keep feeding and that I'd get a good shot at the sweet spot once he got to the notch.

We got to within 34 y and crouched down. He lifted his head up looked at us for a bit, accepted what he saw and continued feeding. Did it one more time, then made the mistake of moving behind the notch. I drew, waited for my range and then pressed the release. In all honesty, the only time I was nervous was just after I pressed the trigger until the arrow hit home- worried/hoping to see the arrow penetrate. I had to aim a little higher than I wanted to because of the crest. Well, we heard the arrow get "slurped/sucked up," he kicked up and jumped over the crest. He didn't see us, walked 15 y, raised his tail, took a dump and spewed out some blood from his nose. "Yesss!" Whispered Butch. He staggered another 20 y or so, bellowed 2 min later and expired 1 min after that.

Pictures don't do him justice- horns curl rearwards 3-4" which made him measure surprisingly well- 113" SCI.

We still tried for the Kudu & Wildebeest afterwards (frankly I didn't give a shit as I had a Buff in the salt). Regardless, the wind was really screwing things up- we'd get set up according to the forecast and initial wind, but once the cruiser left it was very unpredictable- breathing in & out if not completely changing directions once the heat of the day warmed things up. Had plenty of opportunities on Eland walking the river rind for Bush Pig but sadly no Eland left on quota. 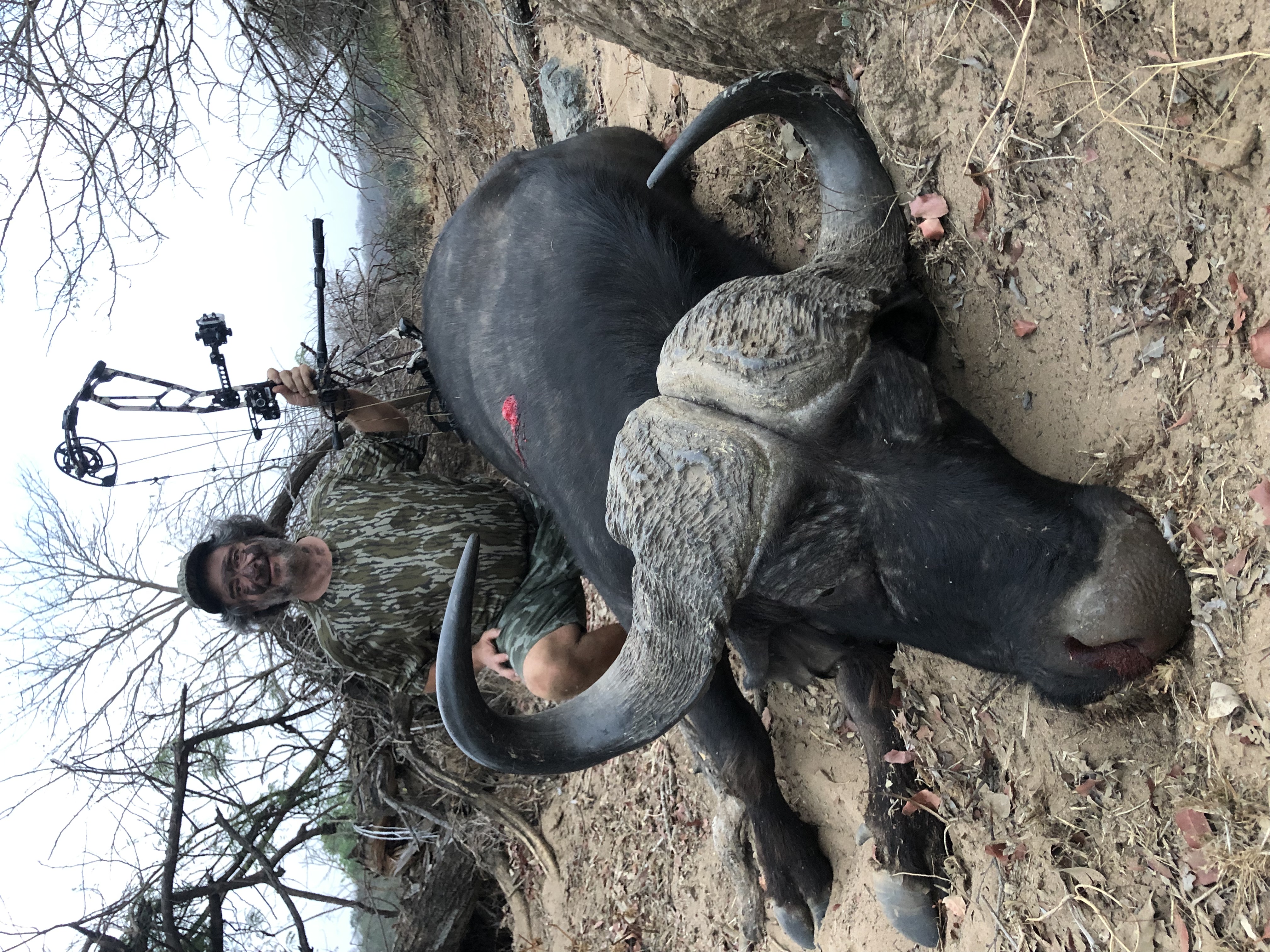 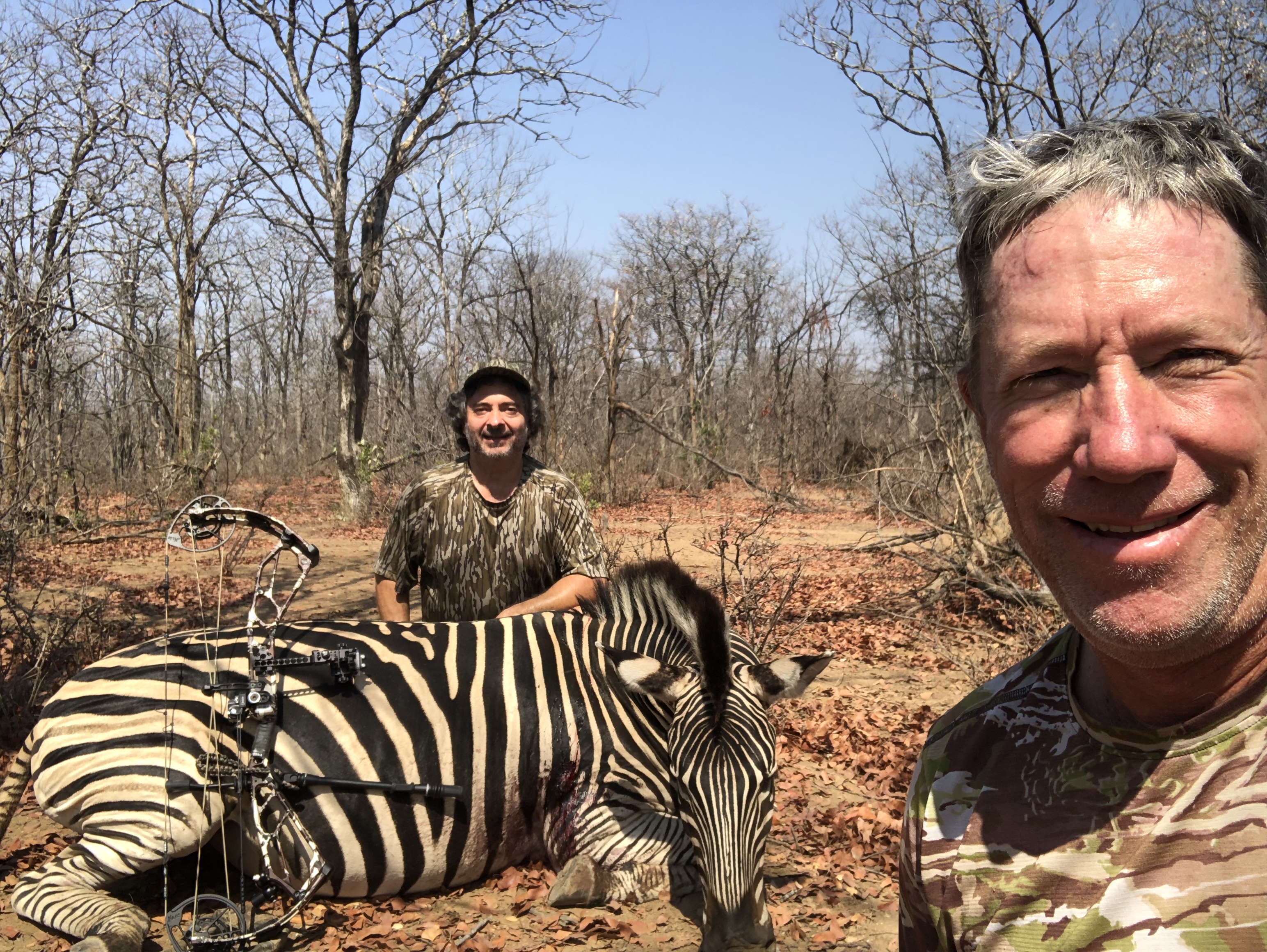 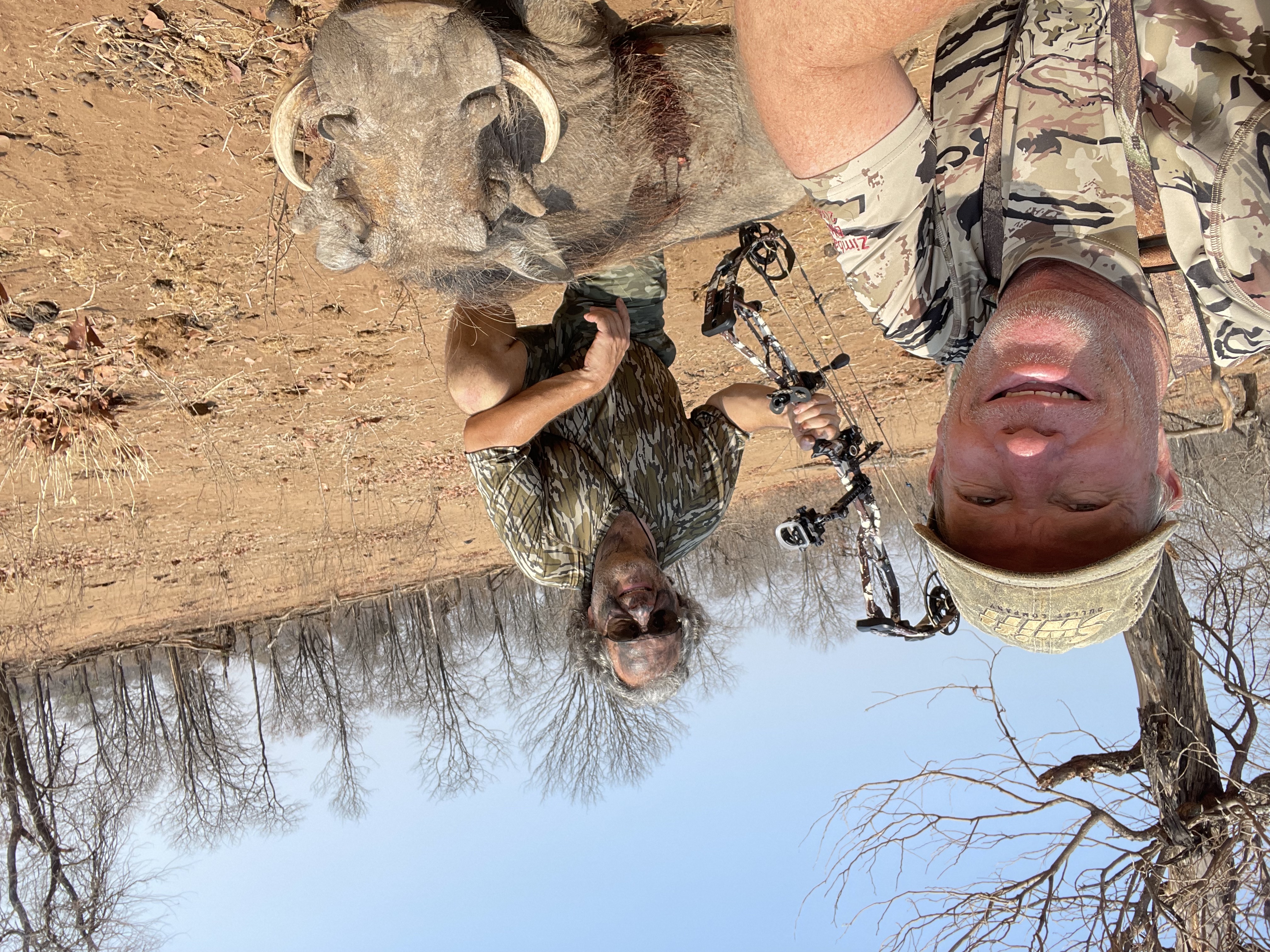 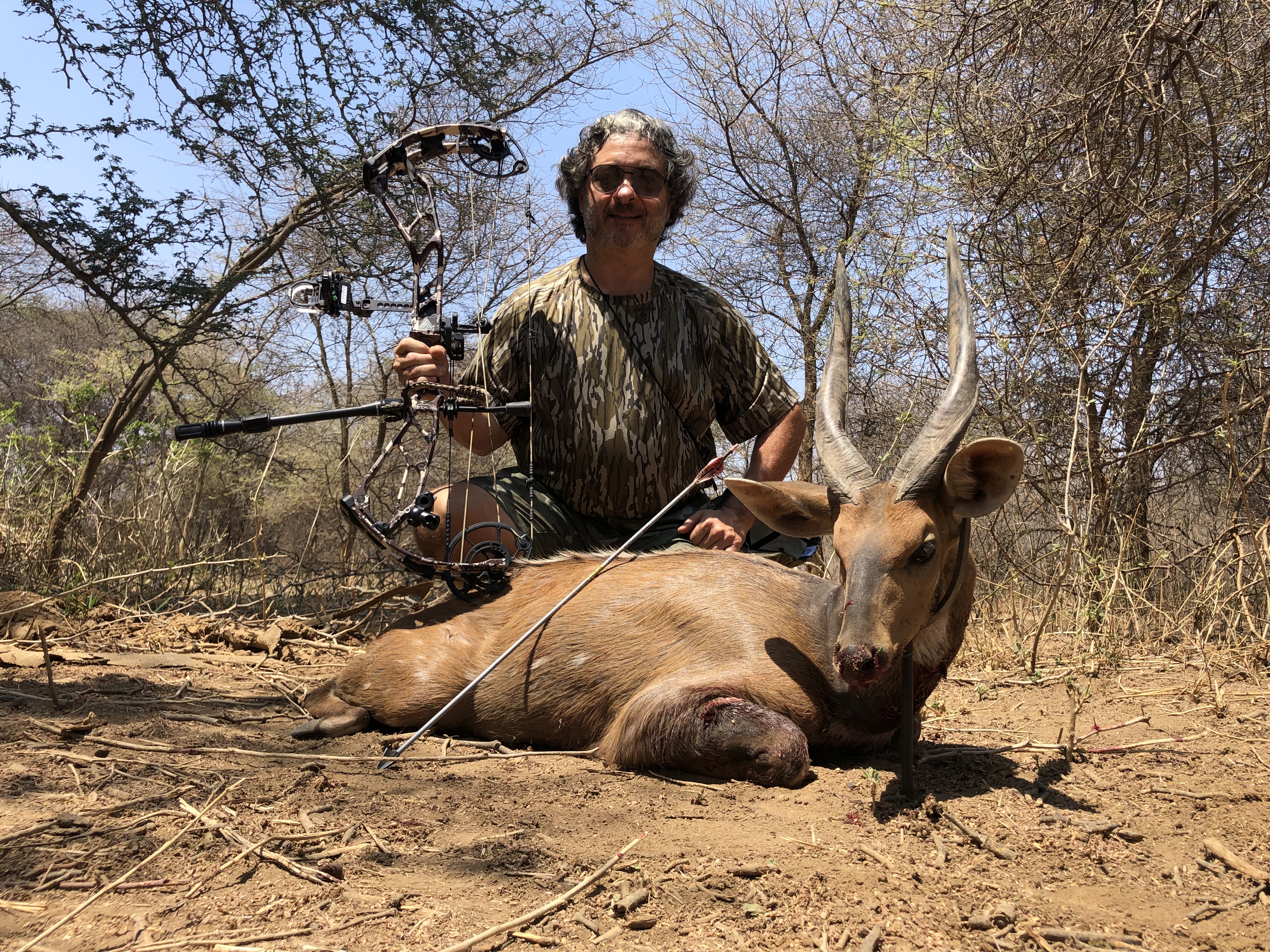 Congratulations, nice shot on the buff!

Great trophies! Not To take away from the buffalo but bushbuck with a bow is tough. Job well done!

Congrats Frank!! Awesome hunt and thanks for sharing.

Very well done, and thank you for sharing! I bowhunt whitetails, but DG with a bow must be a whole different level of intensity! If it's permissible to ask: did you book through Roger Whitall Safaris or directly with Butch?
7

Well done for your buff.
I'm going to humani next year in September to try to get a buff with a bow as well.

Wow, congrats on a Bushbuck with a bow!

Looks like you had a great hunt. Nice buff and bushbuck
You must log in or register to reply here.

ZIMBABWE: Zimbabwe 2pipe Elephant Safari In The Save
2