Wildfire at work here in Northern BC, flames exceed 100m / 300' tall. I'm flying a coworker on board took the video, this was my moose hunting area will look different now. This is only a tiny fragment of the burn, less than 1%.

looks a tad hot, can only imagine how hot a pine forrest fire burns
luckily there isn't a good wind ......
THE HUNTER; The person that pays over 90% of the cost for the presavation and maintance of wildlife and gets zero credit for it ................

The wind comes on and off, when it gets windy you're right it goes nuclear. The heat is impressive, you can feel the radiant heat a half mile away in the cockpit no trouble.

Quite spectacular! I hope it is not near any towns. How long do you think until new growth makes the area prime moose grounds?

You live in a fantastic part of the world!
"When my friends tell me that I have led a remarkable life, I have to admit having done my best to make it so" - John Kingsley-Heath

I do feel lucky to call British Columbia home. It will be quite a while, the north has a very short season for growth, and the intensity of the fires means the area won't be lush and green again for a good decade or more. Many decade old burns are still black and empty up here. Fortunately there's a good deal of room here, British Columbia is roughly a third again bigger than Texas but only has 15% of the population, I enjoy that and the moose and grizzlies do too!

Thanks for the photos, hopefully the area re-grows succulent plants for the animals to rebound in years to come.

Thanks Brickburn we'll stay safe, and enysse I hope so too, it's the most devastating fire season in years already here and it's just started. This one may be a lost cause and we may just pull everyone out soon.
S

WOW. Those flames are big, high and hot. The forest needs fires to help in the cycle, but that looks a bit extreme. No wonder we had smoke in the air from your fires..... Stay safe.. Bruce

When they take off, certainly the most destructive force in nature. You have a decent chance of surviving being in the path of a hurricane or even a tornado, but not a full intensity wildfire.

Due to an extraordinary heat wave across Europe, we are also getting our share of serious wildfires in Spain. A very unpleasant situation.

The handful who don't believe in human-caused climate change at present will have a hard time denying its effects in a couple decades. In the north the changes even in my lifetime have been extreme, the summers far drier and the winters far warmer. A river my grandfather skated on every winter as a kid, I've seen freeze once. Used to be even twenty years ago there was a few solid weeks of -35 and colder every winter, now it's just the odd cold day. Unfortunately, among the sports hardest hit will be the outdoors sports, and hunting. Coastal rainforest is burning in British Columbia, something that just doesn't happen- there's just no rain in the rainforest. Forgive the aside.

Beautiful and scary at the same time.

As big as those flames are, the area doesn't look like it has burned for a long time. Must be a lot of fuel on the ground.

Hope it doesn't affect your hunting to bad. Stay safe.
And here I am, returning to Africa of many faces;.... the sloe-eyed temptress with flowers in her hair who stole my youth and my heart, and left me an old man with a kaleidoscope of conflicting memories of many dashed hopes and some fulfilled dreams. E. Echols

Ardent said:
The handful who don't believe in human-caused climate change at present will have a hard time denying its effects in a couple decades. In the north the changes even in my lifetime have been extreme, the summers far drier and the winters far warmer. A river my grandfather skated on every winter as a kid, I've seen freeze once. Used to be even twenty years ago there was a few solid weeks of -35 and colder every winter, now it's just the odd cold day. Unfortunately, among the sports hardest hit will be the outdoors sports, and hunting. Coastal rainforest is burning in British Columbia, something that just doesn't happen- there's just no rain in the rainforest. Forgive the aside.
Click to expand... 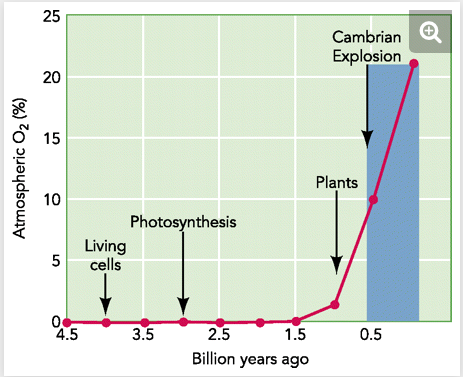 Please note that 4.5 billion years ago there was no oxygen in the earth's atmosphere. According to the evolutionary biologist it was the development of photosynthetic organisms at around 3 billion years ago that changed the CO2 atmosphere to a nitrogen oxygen atmosphere that we know today. Modern man is not producing enough CO2 to warm the planet. Earth has been warming for several thousand years. Ancient hominoids could probably tell stories about thousands of feet of ice covering much of North America. Species including humans must adapt, adjust or die not gripe or complain.

Thanks JFet I'll be more polite than to raise a "BS flag" on your thoughts, however the reality has nothing to do with Al Gore or any interest group, but rather just good science. It isn't pretty and the concern is not whether or not there have been different climates over billions of years, but rather the rate at which the change we're bringing about is occurring. It's convenient for us to believe it's all part of a natural cycle, and I entertained the same notions in university until I could no longer deny some very stark realities. Pumping out 26 Gigatons of CO2 a year, completely ignoring our methane emissions, into the atmosphere is neither sustainable nor natural and my lifestyle is as much a part of the problem as the rest of us. Sadly by the time we'll have consensus and all realise what's happening it will be too late. Spending some time on a burn like this one puts things into a stark perspective.

Worst of all, CO2 is only one small part of the picture. We've become part of an incipient cycle , we're passing points of no return on surface albedo (how much of the sun's solar radiation is reflected by the surface back out to space), ice cover and snow reflects a large proportion of the solar radiation that lands upon it, forest less so but better than the following; rock, soil, cities, and tilled fields do not. The permafrost and deep sea methane stores are set to reach the tipping point for massive release. And greenhouse gases aren't the half of it, we're sinking tens of thousands of tons of chemical weapons in ships as an easy disposal method into the ocean (read about the CHASE chemical weapons dumps sometime, this isn't greeny propaganda but real, startling human idiocy), and stockpiling radioactive waste with half lives many can't even fathom in containers that leak within a couple decades... Back on track, we're getting universally less ice cover in the north, we're emitting record quantities of methane a greenhouse gas eighty four times more potent than CO2, and we're damaging the carbon sinks at a rate earth has never seen in a period more than tens times the length of all hominid, let alone modern human, history. If we don't think this matters, we have our heads in the sand, and I never want to be able to say I told you so. Hopefully this disagreement of ours stays gentlemanly and doesn't derail the thread, considered bowing out, but the issue is sadly too important.


noaa.gov said:
The main reason for the current concern about climate change is the rise in atmospheric carbon dioxide (CO2) concentration (and some other greenhouse gases), which is very unusual for the Qua- ternary (about the last two million years). The concentration of CO2 is now known accurately for the past 650,000 years from antarctic ice cores. During this time, CO2 concentration varied between a low of 180 ppm during cold glacial times and a high of 300 ppm during warm interglacials. Over the past century, it rapidly increased well out of this range, and is now 379 ppm (see Chapter 2). For compari- son, the approximately 80-ppm rise in CO2 concentration at the end of the past ice ages generally took over 5,000 years.
Click to expand...

noaa.gov said:
Further back in time, beyond ice core data, the time resolution of sediment cores and other archives does not resolve changes as rapid as the present warming. Hence, although large climate changes have occurred in the past, there is no evidence that these took place at a faster rate than present warming. If projections of approximately 5°C warming in this century (the upper end of the range) are re- alised, then the Earth will have experienced about the same amount of global mean warming as it did at the end of the last ice age; there is no evidence that this rate of possible future global change was matched by any comparable global temperature increase of the last 50 million years.
Click to expand...

Climate Myths: Human CO2 Emissions Are Too Tiny To Matter said:
Fossil fuels also contain less carbon-13 than carbon-12, compared with the atmosphere, because the fuels derive from plants, which preferentially take up the more common carbon-12. The ratio of carbon-13 to carbon-12 in the atmosphere and ocean surface waters is steadily falling, showing that more carbon-12 is entering the atmosphere.

Finally, claims that volcanoes emit more CO2than human activities are simply not true. In the very distant past, there have been volcanic eruptions so massive that they covered vast areas in lava more than a kilometre thick and appear to have released enough CO2 to warm the planet after the initial cooling caused by the dust (see Wipeout). But even with such gigantic eruptions, most of subsequent warming may have been due to methane released when lava heated coal deposits, rather than from CO2 from the volcanoes (see also Did the North Atlantic’s ‘birth’ warm the world?).
Click to expand...

Wheels said:
Beautiful and scary at the same time.

As big as those flames are, the area doesn't look like it has burned for a long time. Must be a lot of fuel on the ground.

Hope it doesn't affect your hunting to bad. Stay safe.
Click to expand...

Quite right, the area is a patchwork of burns of various ages, oldest unburnt timber is a few hundred years (old spruce), this stuff pictured likely 50-100 years since the last burn. That seems to be the most volatile range, the bigger and smaller stuff burns slower. The fire as pictured there was hot enough to explode poplars (aspen), they flash boil and the tree just literally pops.
You must log in or register to reply here.

Crushed By A Horse In British Columbia