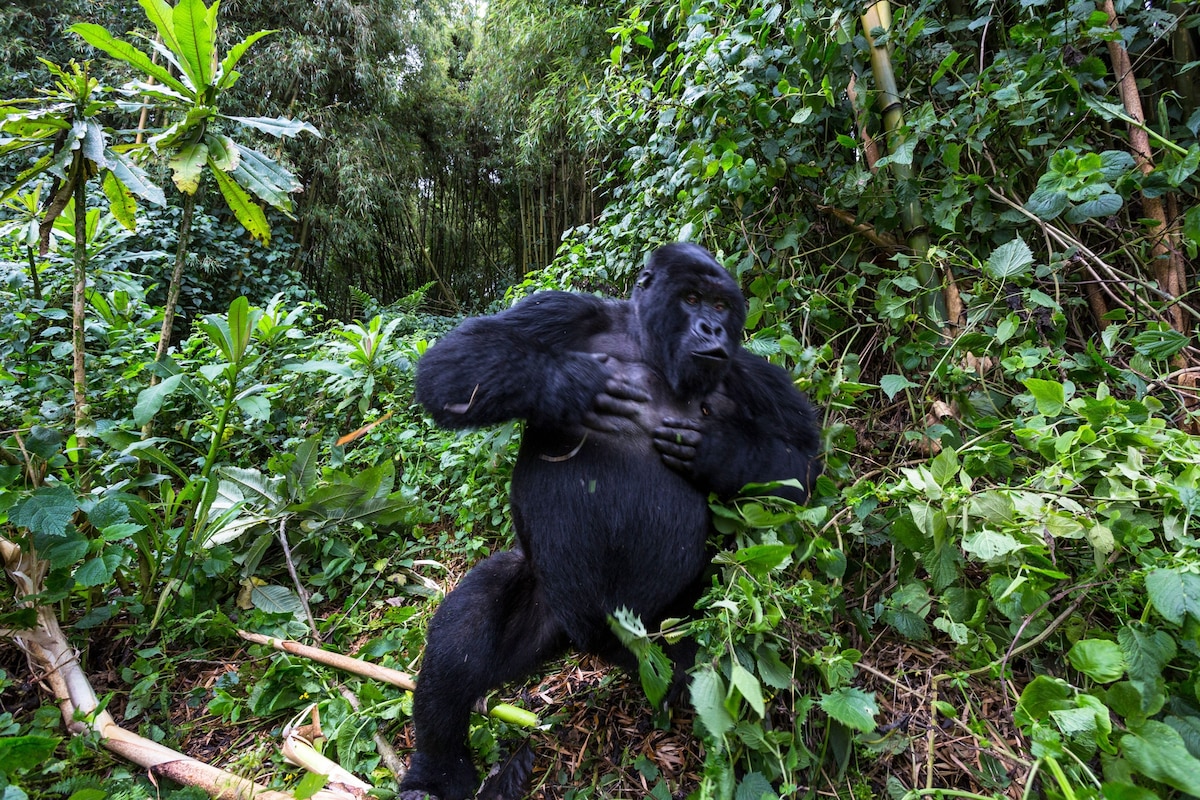 King Kong made the behavior famous, but scientists still know little about why the great apes perform this percussive display.

Since King Kong first appeared on the silver screen in 1933, the fictional giant ape has exposed audiences all over the world to a very real gorilla behavior—chest-beating.

But it may surprise you to learn that while scientists have speculated about the percussive display’s meanings, actual evidence for why male gorillas sometimes pound their chests has been scarce.

“It is an extremely impressive display,” says Edward Wright, a primatologist at the Max Planck Institute for Evolutionary Anthropology in Germany. “It can be a bit frightening. You don’t want to get in the way.”

Interestingly, while a male mountain gorilla’s hearty chest beat would seem to signal aggression, new research by Wright shows that the behavior may actually prevent violence between the massive animals, which can top out at nearly 500 pounds. 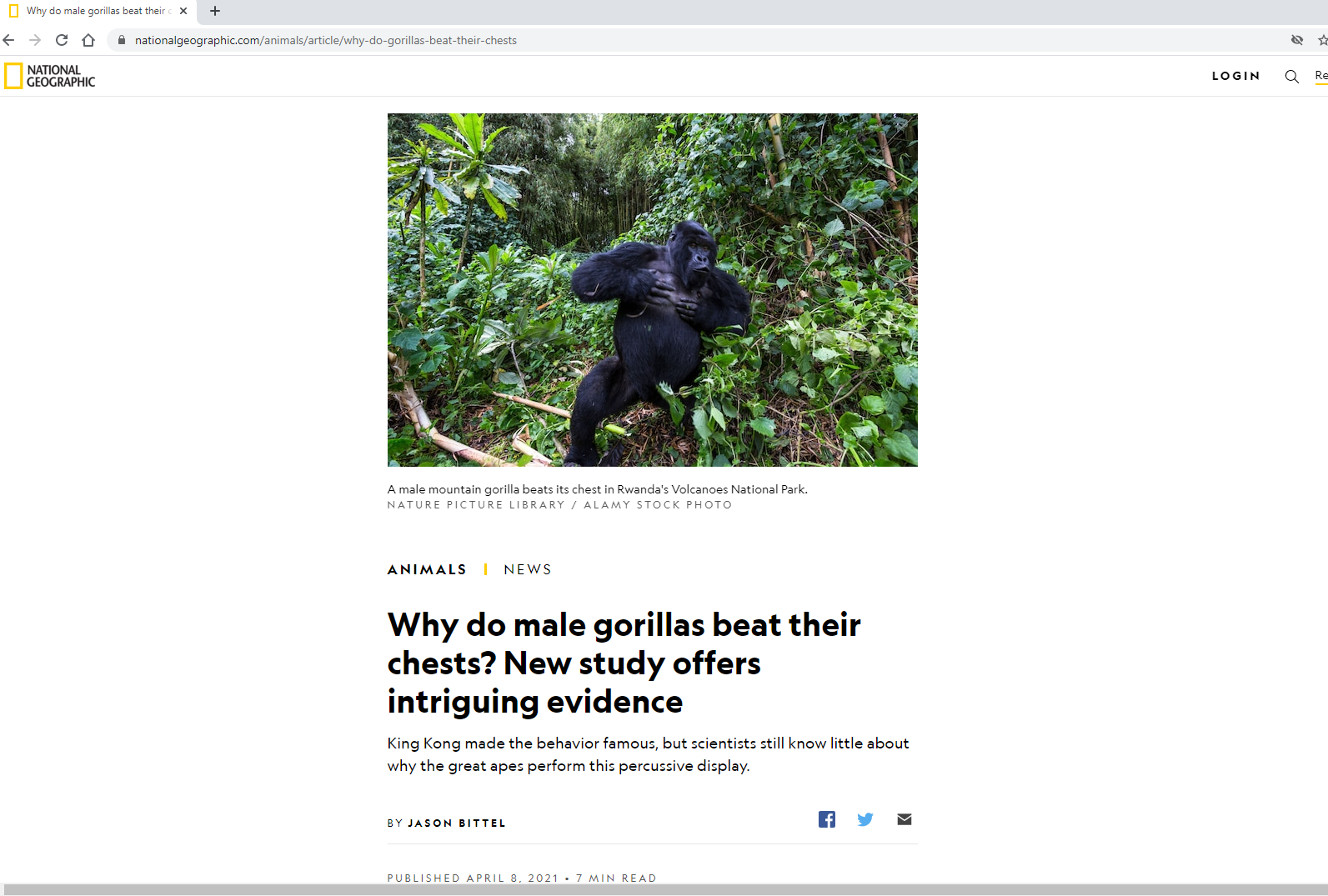