Which Domino Will Be Next? - A Review of The Canned Lion Hunting Controversy 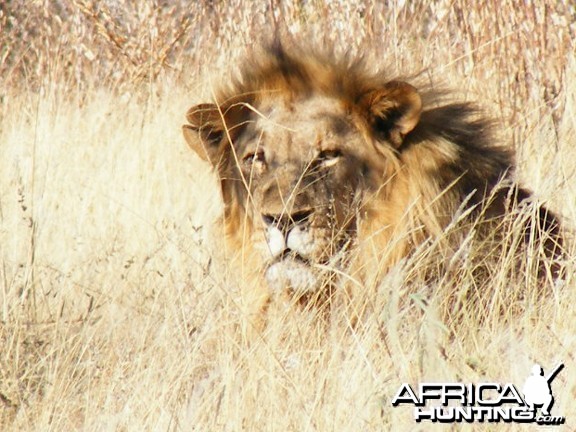 Yet, when I look at the practice of canned lion hunting in the cold light of dawn I realise it is really no different to the practice of rearing trout in hatcheries for their release into rivers and streams for anglers to catch. It is no different to rearing pheasants and partridges in captivity for release into wild habitats where they are hunted down and killed by wing-shooters with pointer dogs. It is only marginally different from the practice of a game rancher restocking his land with huntable animals at the end of each hunting season. All of these practices are referred to as put-and-take angling/hunting – and they have all been deemed variously acceptable and ethical practices by wildlife industries worldwide.

Some people have suggested that canned lion hunting parallels the agricultural practice of breeding and rearing beautiful Brahman bullocks on a cattle ranch and sending them off for slaughter when they are big enough – to produce meat for the tables of ordinary people in society. The production of domesticated animals and poultry for human consumption are agricultural practices that society seems to understand and accept.

The difference between these two issues is that canned lion hunting brings great discredit to hunters-and-to-hunting whilst the raising of domesticated animals for slaughter does not! 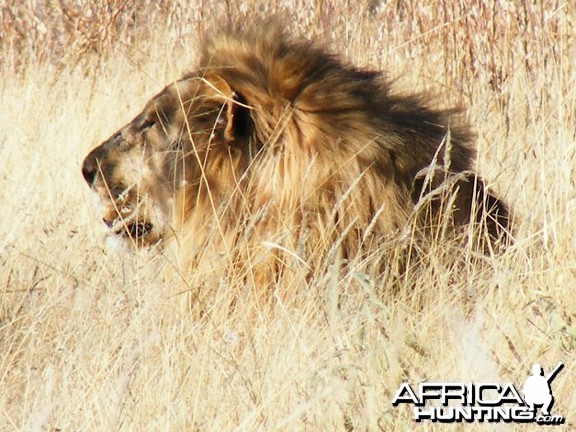 I simply cannot accept that canned lion hunting is the same thing as other put-and-take hunting practices. I have had the privilege of being able to hunt all the big game animals of Africa under totally wild and fair-chase conditions, including a great many lions. My mind, therefore, is programmed by these experiences and I can feel-it-in-my-bones that canned lion hunting is different. I know it is different. My instinct tells me it is different – but I cannot put my finger on what that difference is. I also know that there is no way that I could ever hunt a “canned” lion.

This leaves me with no option but to dissect the issue of canned lion hunting and to examine its every detail right down to the fundamental principles.

Hunting wild animals and wild birds, and rearing cattle, sheep, goats and domesticated birds, on private land, is fundamentally the same thing. They represent the sustainable “use” of animal resources for the benefit of mankind. The only difference between them is that wild animals are WILD “products of the land” whilst domesticated animals-and-birds are TAME “products of the land” – and their various means of use and harvest are different.

Our hierarchy of management priorities begins with the need to protect and to wisely-use THE SOIL – for without soil no plants can grow. Our second priority is to protect and to wisely-use PLANTS. Plants provide food for herbivorous animals – so they represent the base-line energy source for the whole animal kingdom. Plants also provide cover for the soil, protecting it from erosion by sun, wind and (especially) the rain. Plants provide cover for animals, too, protecting them from the elements and hiding them from their enemies. And, finally, plants – together with their local physical environment – create the many habitats that enable earth’s diverse animal species spectrum to exist. Our third and LAST management priority is to protect and to wisely-use the animals. The big management trick is to maintain the soil, the plants and the animals in a state of dynamic equilibrium.

There are differences. Wild plants and wild animals are managed as a single entity with the objective of creating and maintaining a state of high climax with a wide species spectrum. In agriculture the management practice is to streamline the plant communities that best suit the limited-species production-for-man land-use program, and to eliminate all those plant and animal species that detract from this desideratum. Species diversity is NOT a factor in agriculture.

Game and cattle ranching – wherever they are carried out – have the same financial objective. In both cases it is to provide the rancher with a good and comfortable living. Hereby hangs an important tail.

Every landowner has an option. To satisfy his financial needs he can either farm with wild animals, or he can farm with domesticated animals, or he can grow crops. Landowners normally select the land-use practice that pays them the most. In recent decades many cattle ranchers in South Africa have converted to game ranching because it satisfies their emotional needs AND it pays better money than conventional agriculture. Revenue in game ranching comes from tourist game viewing, from harvesting, and/or from hunting. Hunting provides the best financial return for the least cost.

We all know that banning hunting altogether is a major animal rights domino-objective. We also know that IF hunting IS ever banned most of those landowners that currently practice game ranching will, perforce, have to convert to some kind of conventional agriculture. They will HAVE to do this to survive. This will be a major set back for wildlife in Africa because South Africa’s current private game ranch holdings are equivalent in size to seven-and-a-half Kruger National Parks!

The wild habitats that the game ranches currently maintain would then have to be streamlined to better achieve the new domestic-animal-production objectives – and all the small-fry wild plants and wild animals that thrive in those habitats will disappear. If, on the other hand, the farmer converts to crop production the wild habitats will be completely wiped out. Banning hunting, therefore, will do much more harm than good to the whole world of nature.

The banning of canned lion hunting – many will say - will only adversely affect a very small number of game ranches. Even so, the negative effect on those game ranches will be totally destructive – and we must never forget that the banning of canned lion hunting is just ONE of the animal rights domino-targets. The fact that it has already been banned means the animal rightists have achieved an important anti-hunting objective. Which one, we should be asking ourselves, will be next? In this light many people are starting to believe that we should re-visit the canned lion hunting controversy. It may, in fact, deserve better support from us all than it has received. None of us can afford – because we are ALL dominoes in the same animal rightists’ game – to let one more domino fall. The domino that has OUR name on it will only survive if we all band together and present a uniform and resolute front of solidarity.
Last edited by a moderator: Dec 1, 2016
Ron Thomson
Ron Thomson Hunting Books - South Africa
www.ronthomsonshuntingbooks.co.za
You must log in or register to reply here.

What Is Canned Hunting Of Lions
2 3