What Watch do you wear when you hunt?

You know, there are so many threads about tipping vs not tipping, brake vs no brake, Hornady vs Nosler, Blaser vs everything else LOL.

Here is one I have not seen. Watches.... I am a huge watch lover. I was curious what do all of the AH.com crowd wear when on a hunt? I wore a Suunto Traverse Alpha on my last few hunts. I am so anti digital watches, I am a bit of a snob when it comes to watches. But I thought it would be great as it has a built in breadcrumb view via GPS. This allowed me to leave the GPS at home for my backpack hunts etc. But I quickly learned this watch "specifically designed" for hunting, was crap. When in normal watch mode the battery lasts forever. But in GPS mode which I assume everyone is using if they bought the "hunting" version. The battery hardly lasts 5-6 hours. So I am debating dumping this and going back to a good ole fashioned automatic watch. One where battery won't matter. And bring back my GPS which last for weeks in GPS mode.

Really like my Seiko Solar SNE331. Simple and no issues with batteries - I think I paid around $100 for it. 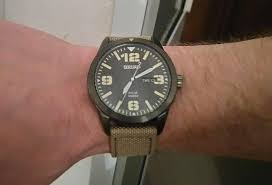 COSA said:
Really like my Seiko Solar SNE331. Simple and no issues with batteries - I think I paid around $100 for it.
View attachment 351518
Click to expand...

This same watch except with a blue face and strap. There’s no reason to take anything more than that and my iPhone.
- Robert N.

For me, it is the same watch that I’ve worn for the last 20 years - a Rolex Sea Dweller.

I use my cellphone and rarely do I wear a watch.
"Every man dies. Not every man really lives". William Wallace

Rolex Datejust. I wear it to work as well. In truth, it's a little bright to wear with short sleeves when hunting so logic tells me that I should get a more subdued watch.

Breitling Aviator Cockpit, the titanium model which is very light. 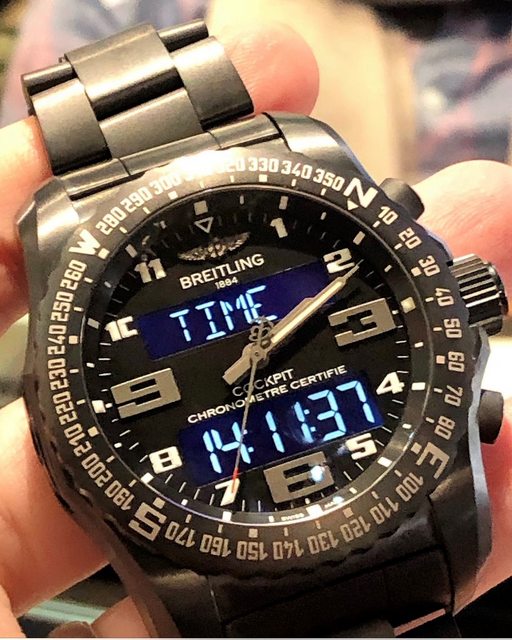 When I retired I took off my watch and placed it into a drawer.

I do however wear a cheap Timex Expedition when hunting and only then because of having to meet up with others at a certain time. If I am hunting by myself I very seldom even put it on.
If you don't care where you are, you are not lost.

Rolex GMT Master 2. I wear it every dY, everywhere, on every hunt. To cut the glare my daughter made me a simple garter, also keeps it from getting scratched 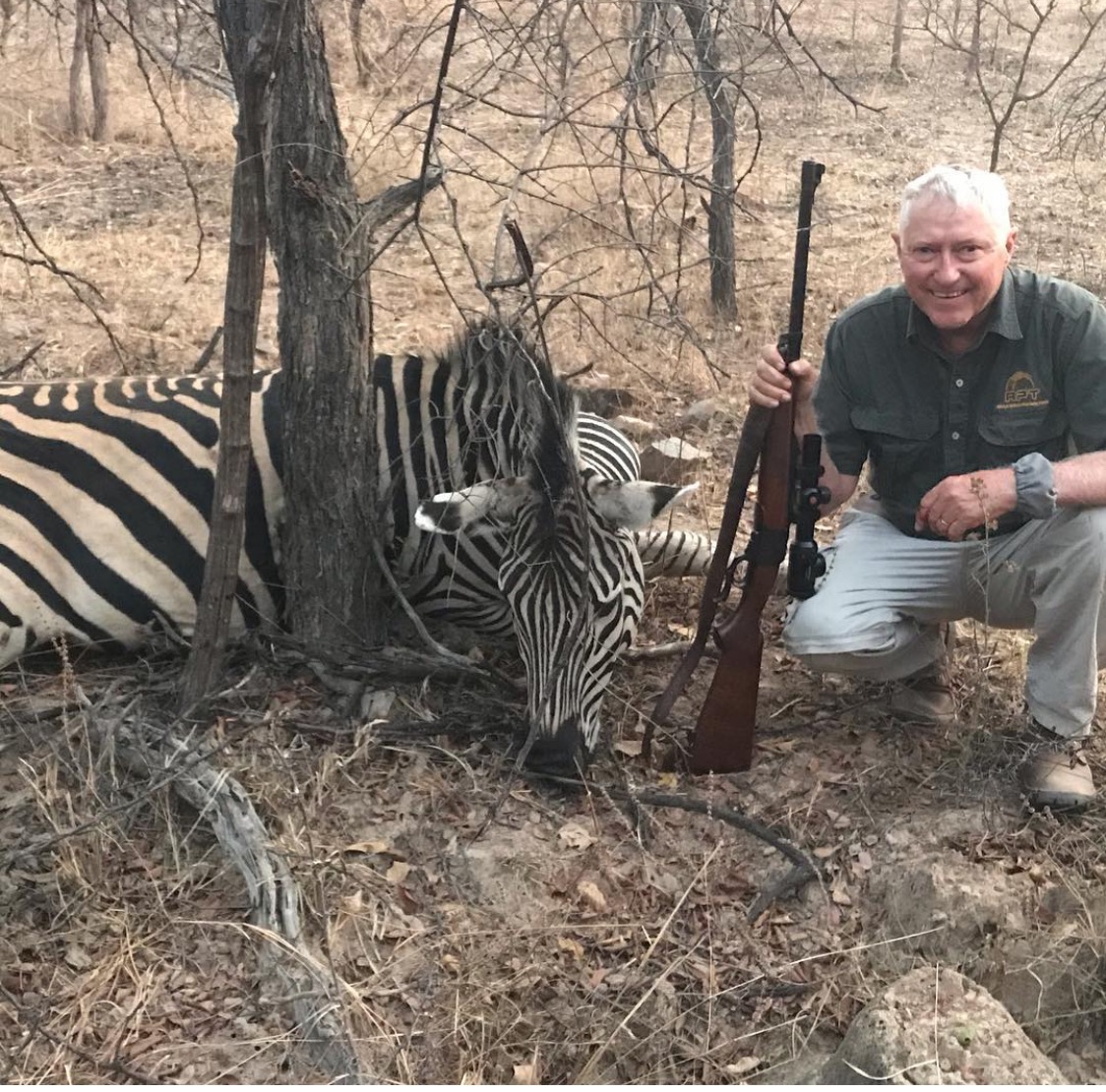 I put my analog watches away when I travel and hunt except for a cheap Timex expedition with a canvas band, that way if someone wants to steal it or I loose it no big deal.

Location
Currently in the UK, from South Africa

Garmin Fenix GPS watch. Record my route when I’m walking and mark the location of my animal so I can find it with the vehicle. Also love marking interesting features like rock formations or archeological sites for later exploration.

A Timex with the Indiglo feature. If it gets lost, stolen or scratched... no loss.
S

Garmin Fenix 3 , its just worked for years now.
Marking where shoot from as well as where I may "store" a field gutted animal for retrieval.

oh wow some swiss lovers on here I see. I was afraid that was going to happen..... I mean I secretly was getting you all to help me justify to myself that it is ok. But now that I am realizing that, I know this is going to be a big step for me to do lmao. My daily wearer is a Omega Seamaster Planet Ocean. I absolutely love this watch. I bought a bunch of cheap straps off of amazon to give it various costume changes, and would likely use one on a hunt to prevent scratching the stainless bracelet.. Although I do wear it everyday, I was always afraid to wear it on a hunt, especially in the mountains. But I always secretly wanted too lol. I think you guys just may convince me to do it. I was debating buying a Hamilton Khaki Field which is a great watch but far less expensive so I wouldn't feel as bad. But like @spike.t this watch I can even wear if the ocean rises to 6000 ft above sea level to reach me in the mountains, plus I have another 2000ft to go above my head and I am still good. I have not figured out the breathing under water part yet, but I will be able to tell time LOL 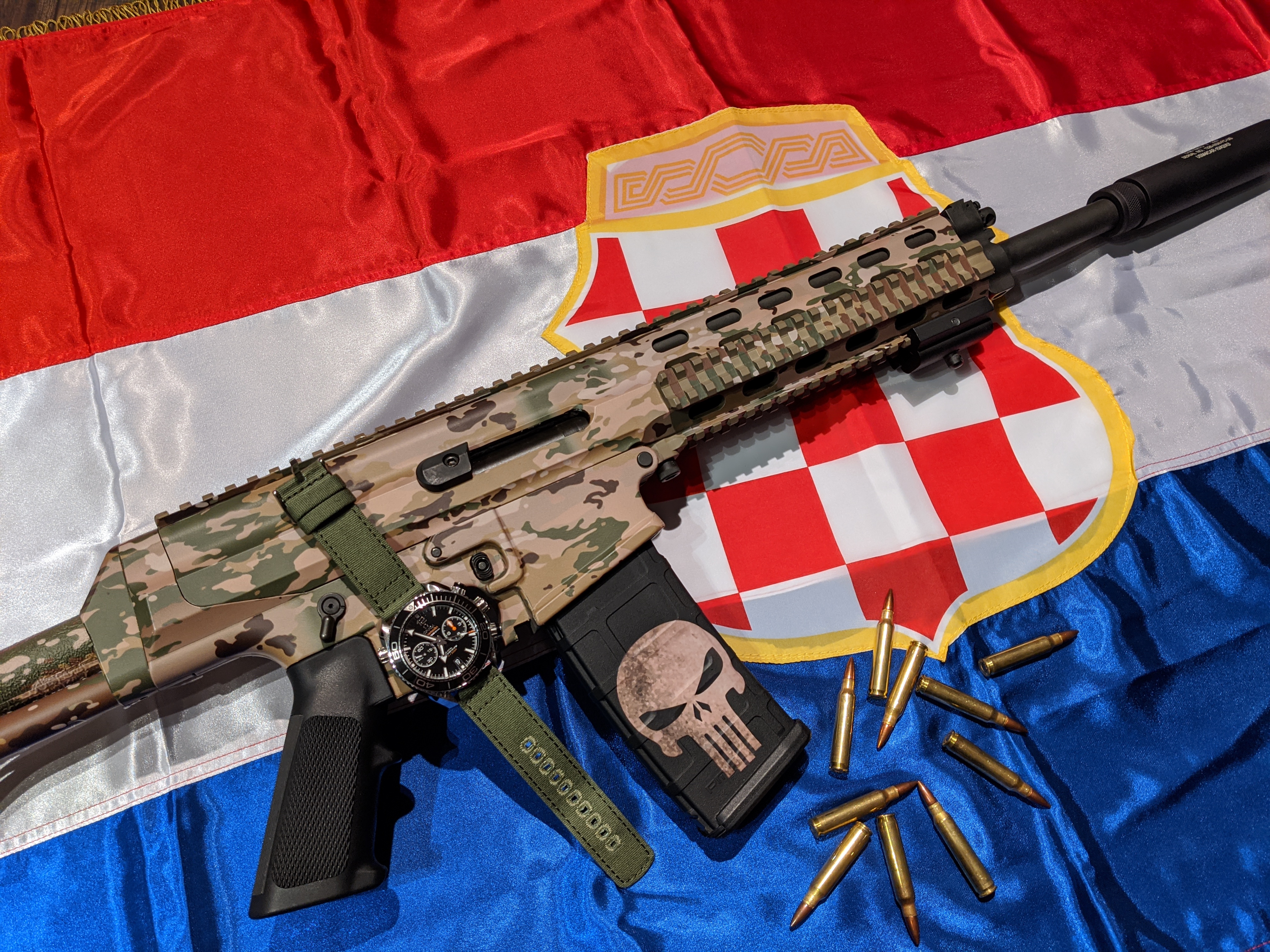 shark_za said:
Garmin Fenix 3 , its just worked for years now.
Marking where shoot from as well as where I may "store" a field gutted animal for retrieval.
Click to expand...

See that was my exact intent for the Suunto. But as previously mentioned it has such a poor battery life that it can not do the job. And I put my hand held GPS unit away for the suunto watch. But now I am just going to be running my handheld GPS again for all of that and wear my normal watch. One less thing to charge in the woods. And typically my cell signal is gone where I hunt here in Canada. So even the cell phone is useless. So I leave it off all day and only turn it on to take pictures, and or to connect with my inreach unit to text home in the evenings.
R

When overseas I bought an Omega Seamaster. It had a musical tick to it that almost chimed. For a few months it kept really good time, but it started losing time so in fear that the environment was getting past the seals, I placed it in the empty 105mm box next to my cot. Subsequently I was injured and went to the hospital for a few weeks. Upon return to my unit the watch was gone and no one knew anything about it. After my discharge from military I bought another Omega Seamaster but alas, this one was also stolen. I wouldn't recommend either for the environment potential of a hunting trip even if there are no thieves around. Another watch that sits in the safe is a 14K Movado automatic. It kept great time up until one hunting trip that I had it on my wrist while gutting an elk. Seems some of the blood made its way into the mechanism. Despite several trips to some high end jewelers, it still doesn't keep time at all- so it stays in the safe.

I got a few Wenger Swiss Army watches and they worked well but for some reason the usual sources for batteries do not carry their size. I can mail order them from somewhere, but I get 10 of them and they degrade so I really only want one. So they go into the drawer when they go dead.

About a year ago Costco had some watches that I was unfamiliar with: Glycine model Combat. It is a rotating weight automatic and I find that in my advanced age I don't move my left hand enough to keep it well-wound, so once a day I give it a few winds on the stem. It keeps time almost at the precision of the atomic clocks, uses no batteries and appears to be impervious to the elements. In addition it has a nylon band that has the good qualities of material and none of the bad qualities of a metal band. and I could by about 50 of these for the price of 1 Rolex Presidente.
You must log in or register to reply here.

What Else After The Hunt Do You Do?
2

Do You Need Rabies Vaccination When Going To Africa?