Having watched several upon several taxidermy videos, I wanna ask whoever does taxidermy this. What makes a taxidermy piece rise from an 8/10 to a 10/10.

I do art myself, I like to make 3D models of animals, often long-dead ones, and, IMO, what makes a piece a true 10/10 is attention to detail and a feeling that the person who made it truly adores their subject. That means not only researching your beast but being able to put your own personal spin on a piece to make it feel unique. This is especially important when reconstructing extinct animals, which are often blank canvases. For me, it's really easy to tell who's being lazy and who's really putting their heart into it.

So I wanna know from taxidermists, what makes a true 10/10?

@Animal Artistry, no bullshit no disappointments
Last edited by a moderator: Sep 17, 2020

To specially answer your question what makes a 10- details, ALL the details. Attitude of the animal, the extra anatomical attention such as nicating membranes, carnules, inner nostril detail, coloring, rebuilding fleshy areas, repairing shrinkage etc. All those areas are VERY time consuming and usually not worth the money the average customer is willing to pay. And I think lastly, as you mention, the ART side it, thus the composition of the piece. 10 taxidermy often involves scenery with action etc. You won't get that from a standard shoulder mount no matter how much of the other stuff mentioned above gets done. It's the ART stuff that can't be taught. You ever have "it" or you don't.
That's my .02

buck wild hit the nail on the head, but no competitions were ever won or placed high without the perfect specimen to start with, cape, color , hair everything.
Bowhunter addict

Great question! The owner, Mike Boyce, wrote a blog titled "Three Signs of an Exceptional Taxidermist." Here is the link if you're interested: 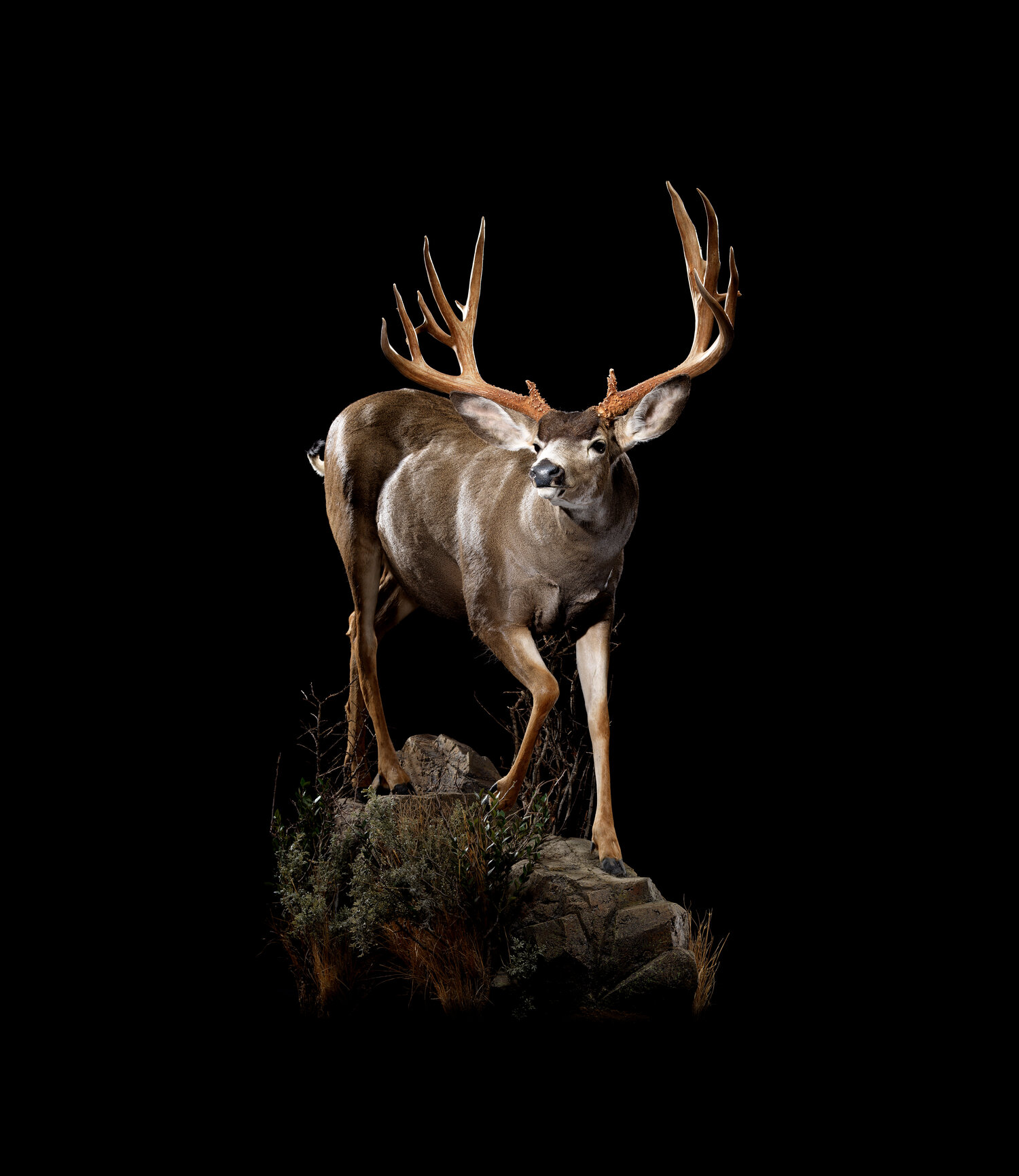 As an art form, taxidermy is by definition subjective. What appeals to one may not appeal to another.

I'm not a taxidermist, but I am a bit of a taxidermy critic. I grew up in a land where there was a dead deer over the bar at every local saloon. Cross-eyed. Lifeless. Amateur. This created a culture in the American midwest where people accumulated bad taxidermy...rows of monotonous wildlife in the same sterile poses out of the same Mackenzies form and mold order page.

Then "new money" affluence took over where wealth outpaced class and you can now go into giant trophy rooms where there are herds of plastic animals sitting on plastic dirt next to plastic or plaster or styrofoam rocks of colors that do not exist in nature. In short, it all is usually using the same materials as model railroad enthusiasts use that looks absolutely fake.

So what does good taxidermy look like for me?

1.) It shouldn't use an off-the-shelf mold because they all look dead.

2.) Vein structure and subdermal features must be added.

3.) Scars and natural imperfections the animal possessed should not be airbrushed over, they should be present.

4.) Symmetry is fake. Animals and people are not symmetrical. If you've ever looked at pictures of humans faces where they were made symmetrical (mirror imaged to the center of nose) they look hideous. Wild animals like humans look real when they are not symmetrical. Only an artist knows how to convey natural asymmetry to make taxidermy look real.

5.) Good taxidermy doesn't use trees, leaves, or rocks that don't look 100% real. Better to have none of it that a fake ficus plant present that looks like it was taken from a 1980s beauty salon.

6.) Good taxidermy doesn't shoulder mount bad animals. Beautiful trophy rooms should contain interesting mementos of a hunt. Sometimes thats a sconce, a blotter set, a bottle opener, a lamp, or some other expression of art that uses an animal that was otherwise not suitable as shoulder or full body taxidermy because the animal was not a good representation of a mature male of the species.

7.) Super models and corpses are posed. Living animals are doing activities. Most taxidermy is bad because animals are posed and thus they look dead. At that point, they are just leather so make them into rugs. But if you're doing shoulder or full body taxidermy, it must seem alive. That means it must have expression whether searching, stalking, feeding, sneaking, fighting, or running. The activity must present an emotional state: pride, fear, pleasure, threat, caution, confidence, gluttony, sloth, etc. Bad taxidermy is always posed.

8.) The furnishings are usually terrible. That same damn oak or walnut plaque from page 57 of the taxidermy supply catalog is always in use. It's awful. Good taxidermy that uses furnishings should be unique and tasteful: hand-carved rosettes and plaques behind the shoulder mount, or custom pedestals in a unique (ideally indigenous to the region of the animal) base, etc. Oak is an outdated wood that was last used for 1980s lower-middle-class kitchens in the honey oak color. It's awful. Unique furnishings for the shoulder mount or pedestal base cost very little more than the repetitive and tacky bases sold by the thousands by Van Dyke's every year.

9.) In art I think they say that things rely on characteristics of heigh, thickness, coarseness, or arrangement in combinations to make them pleasing to the eye? Nature is the master artist in this regard with different arrangments of textures and colors, big and small, fine and coarse. Taxidermy that is bad ignores these concerns, particularly with habitat.

10.) The airbrush is to taxidermy what the dremel is to fine gunsmithing....it usually ruins everything. Too much paint, to much conformity where less exists in nature, and too much cakes the animal with gloss and satin sheens that do not exist in nature. First question I ask "does the nose look real"? What about the ear ducts? What about the pursed mouth? The eybrows? Is there discoloration purposely returned to the animal or has it been cleaned sterile? Are the horns dirty and do they contain debris or are they bleached out and then tea stained in a way that is fake? Did the taxidermist fix scars rather than present scars in a way that looks natural to the animal? Tick marks and bug bites? The airbrush normalizes and standardizes everything about the color of animal making it look unnatural if applied liberally. A true artist is using airbrush to create contrast and differentiation, not uniformity.


In short, I don't know art but I know what I like and what I hate. I dislike most taxidermy.

For an example of what excellent taxidermy looks like, book a flight and visit the Field Museum in Chicago, USA. Beyond looking at mediocre but interesting taxidermy of African animals from the Roosevelt expedition fully on display, the life's work of one of the fathers of modern taxidermy has tons of work in dioramas there. I can't think of his name, but he was the first to create molds and use interactive habitats with taxidermy perhaps 80-100 years ago. Those aged mounts of North American wildlife are exceptional, especially considering he had to invent every technique now commonplace. The habitat for those animals is absolutely real as well.
You must log in or register to reply here.

Why Does Taxidermy Take So Long?

The taxidermy delay – What are you waiting for?

What Does Good Taxidermy Cost?