That was one of the reasons I chose the R8 in .300 RUM for my PG rifle. It gets bloodied in a month or so in Africa and Argentina next April. Just got in a few hundred Hornady 200 grain ELD-X bullets in case I use up my Accubonds this year.

There can be different definitions of "beater." Mine is a rifle that I am unafraid to take out in any environment or any weather. A R8 with synthetic stock fits that definition to perfection.

I have used the 200 gr ELD-X in my R8 in .300 Win Mag on a couple of Nilgai. They are analogous to wildebeest and zebra in size and toughness, and the ELD-X performed flawlessly.
"We sleep soundly in our beds because rough men stand ready in the night to visit violence on those who would do us harm" American Novelist - W. Churchill

Blaser R8 Professional synthetic stock in 375H&H, scoped with a Swaro Z8i 1-8x24. It's the only centerfire rifle I have and an argument can be made for not needing much else.
“They that can give up essential liberty to obtain a little temporary safety deserve neither liberty nor safety.” Benjamin Franklin 1759

Let’s not get too carried away!
"We sleep soundly in our beds because rough men stand ready in the night to visit violence on those who would do us harm" American Novelist - W. Churchill

Now that’s just crazy talk. We may have to conduct an intervention before you jettison the contents of your gun safe!
R

My beater would be the .333jeffery M98. Good to go anywhere at anytime. I am not fuzzy with dents or scratches on this one. I do always regardless of what take care of it like any other gun.

@BeeMaa
On my income if'n I bought an R8 and a swaro scope it would be my excuse for not needing much else because it would be all I could afford. Hell on my income after buying it I would have to then save up for the ammo so I could use it.
What I need and use is a beer priced rifle for a beer sized income like my Savage/ Stevens Whelen.
Don't get me wrong I don't begrudge R8 owners the rifles it just that I have to get what I can afford to do the job.
Bob

@Bob Nelson 35Whelen - I get what you are saying. What we have done is consolidate to what we really need with a focus on quality over quantity. Our "beater" firearms are the same as our beautiful firearms...wood and synthetic alike get used for hunting like any other firearm.

@WAB & @Red Leg - Truth be told, if a standard contour 300WM barrel were to fall into my lap...I wouldn't complain.
“They that can give up essential liberty to obtain a little temporary safety deserve neither liberty nor safety.” Benjamin Franklin 1759

I use all my rifles. None are “beaters” per say, but if they get scratched or dinged, I consider It a badge of honor. I tend to hold on to rifles, some of which I acquired when I was young.
Two of those are Remington 788’s, a .22/250 and 7mm-08. When I first acquired the .22/250, it gave one hole accuracy and accounted for a lot of groundhogs. It has “deteriorated” to about a .5-.6“ shooter. The 7mm-08 is my go to moderate range deer rifle. I was probably one of the first people in the state to have one. Still shoots sub inch.
I also have a Ruger 77 with tang safety in .338 Win mag. That rifle has been thru hell and back. Slid down mountains with me… several times. Kicked by a horse and in general been used and abused. It originally wore a wood stock but was soon replaced with a Ram-Lime drop in that was tough as nails. It did have one drawback: the buttstock was hollow and was a sound chamber I couldn’t get silenced. I eventually replaced it with a B&C stock. It originally wore a 4x Leupold, but has worn the same 2-7x Leupold VXll since the mid 1980’s. It too, looks like it’s been thru a war, but still Holds zero.
There is also a Savage 110 .270, but that is a story in itself and needs to be told over a beer.

The one I generally use and don't worry about the weather is my tikka 30.06 , stainless and synthetic. My older wood stocked guns usually get treated better so I guess the tikka is my beater lol

Keep that argument away from our wives.

Great choice in cartridge/rifle/optic. Sounds like mine but I went with the hole in the stock. 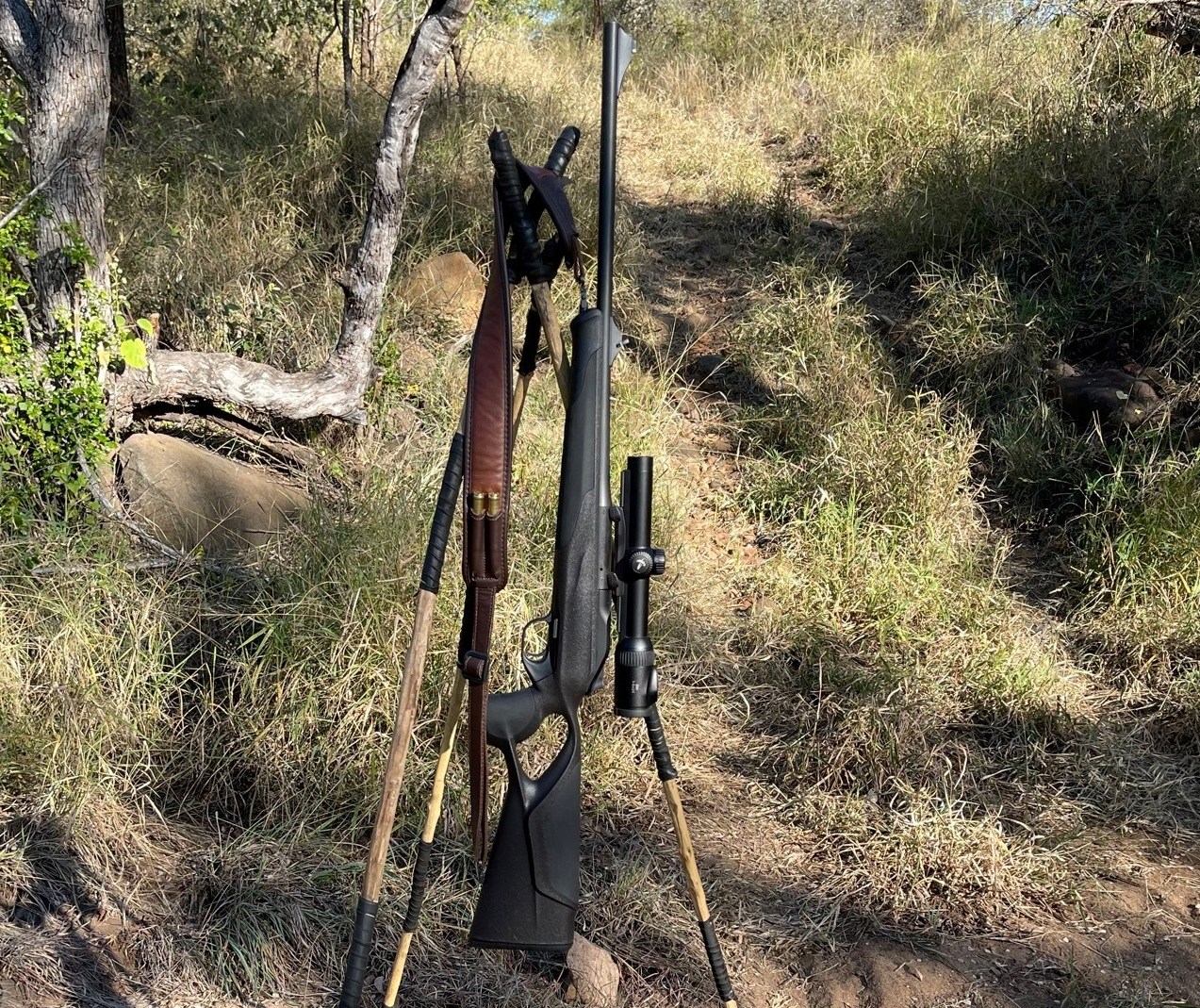 Tundra Tiger said:
It's possible I already answered on this one. I don't remember.

I don't own any safe queens. I use and shoot everything. To me a safe queen is a monarch who owns a lot of locking containers. My guns were meant to shoot. I do my very best to care for them, and the specific situation might make me choose one over another. But I *think* of all of them as everyday guns, all being options to whatever task is needed. My Marlin XLR/.338 Marlin Express is my go-to rifle. I use it more than any other just because I have such confidence in it. Stainless, and with a laminated stock... I almost never give it a second thought in the field irrespective of the conditions, so maybe it's my "beater" rifle.
Click to expand...

You did. I remember the don't own any safe queens line.

Neat rifle and interesting twist on beater.
At least it's not an R8.

I'd say my 300 BLK is my beater, because apparently beater is an EDC type of thing where we just reach for it, it gets used, and we give no second thought. It's just set up for round the clock usage and it goes Pfft! when I need it to.
I enjoy big bore Ruger #1's.
I

My trusty old Ruger M77 HB in 6mm Rem. I bought it new in the mid/late eighties. Barrel's getting a bit tired now - have shot everything from bunnies to fallow dear and bench rest. It's my first centrefire rifle and still a huge favourite of mine. 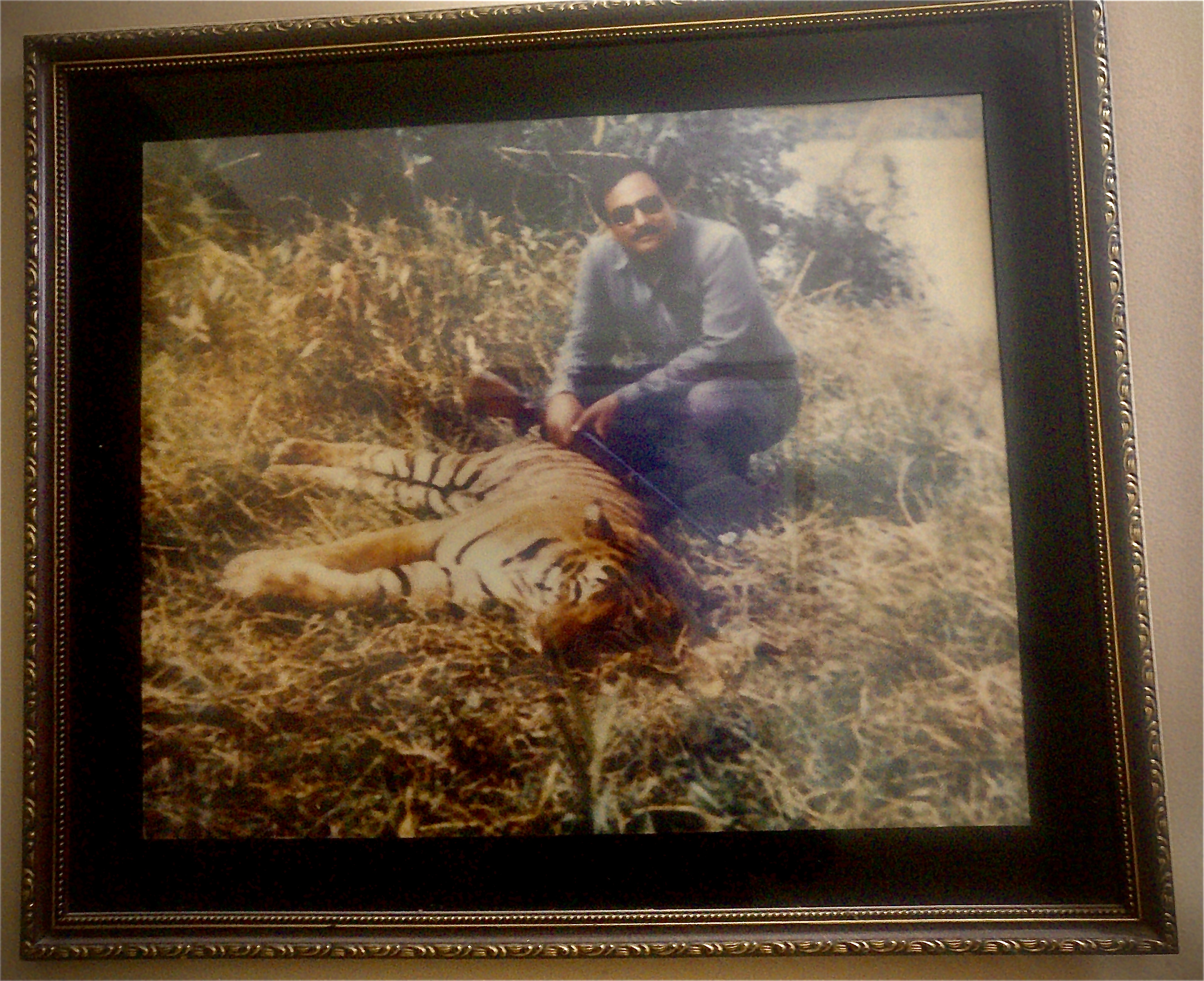 My Churchill Gunmakers Model Deluxe 7x57mm Mauser. I never ”beat it up”, but I practically use it for all my big game these days. One of these days, I’ll get around to replacing the recoil pad and giving it a professional reblue job.
You must log in or register to reply here.

D
Your favorite hunting rifle of all time
5 6 7

Help me to identify the rifle that I repaired