Good morning guys! Due to personal problems, I had not gone hunting for a long time, so I took a weekend and went to get some goods blackbucks. We arrived at the field at 8 am. There was a lot of wind, but it seemed that the day was going to be beautiful, the sky was going to clear up and with the sun, it was going to be a beautiful day to walk and stalk. I had my 25-06, reloading with sierra 120gn, and my partner a 243 win. We separated into 2 groups and began to look for a group in which there was a good male.

We arrived at a cornfield, and the guide told me that instead of going around it, we would go through it, since maybe on the other side, there could be some. About 10 meters before reaching the end, we began to search with the binoculars if we saw any group.

Far, about 1000 meters away, there was a group of about 150, with the luck that they were coming right to where we are. This gave us time to search with the binoculars for the best male of the group. When they are about 100 meters away, I choose one, and from inside the cornfield (standing) I begin to aim at it. The wind was getting bigger, so the noise inside the cornfield was enormous. The advantage of this is that we could speak fiercely without alerting the antelopes. Put the crosshair on the shoulder and shoot. The antelope fell on the spot and did not move anymore. It was a very good shot, but only because I will have shot him from no more than 80 meters. It was impressive how the wind, that was growing, moves the barrels. 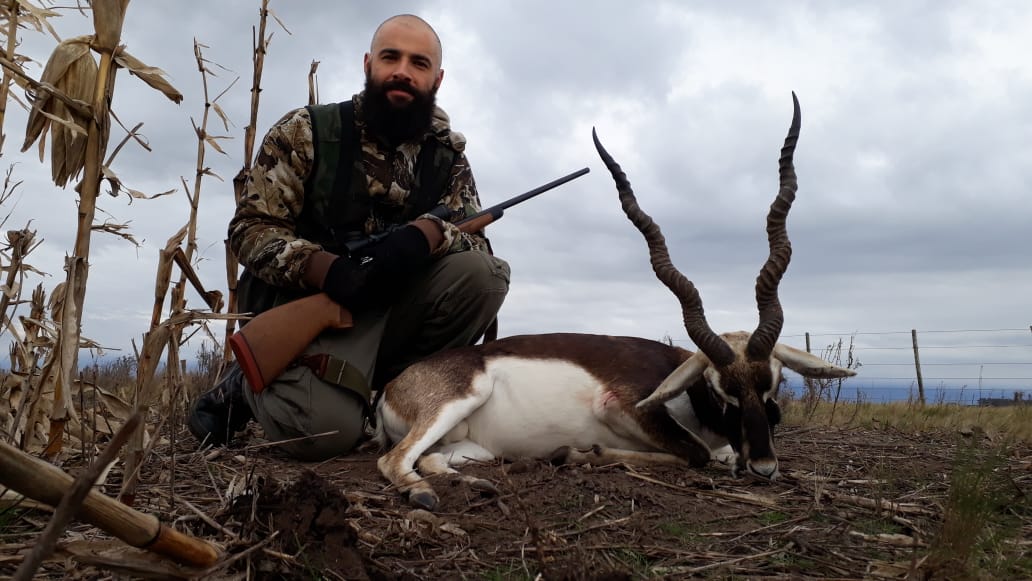 I could have reloaded quickly and shot another male (my idea was to hunt two), but since it was just 9:30, I didn't want to rush. From that moment on, and until approximately 4:00 p.m., it was one fruitless stalking after another. There were too few places in the field to get close to a safe shooting distance. At this time, the wind was already unbearable and everything seemed like it was about to start raining.

We decided to make one last attempt to a group that was about 800 meters away. We managed to reach a distance of approx 200 meters. At that moment, we see that some females become alert and start to run, so without much time, I chose a male and shoot. I heard that he is touched, but he still starts to run. It would have traveled a distance of 40 meters and fell on the spot. 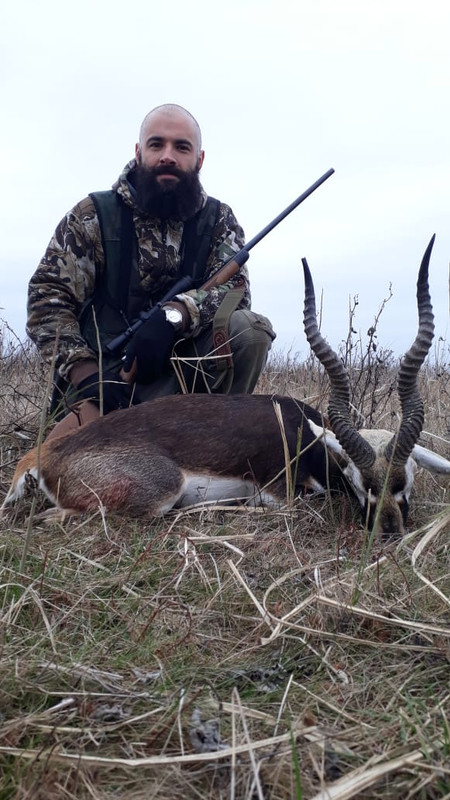 Where was this hunt done at?

Very nice. Where exactly were you hunting?
Those who would give up essential Liberty, to purchase a little temporary Safety, deserve neither Liberty nor Safety. Ben Franklin

Very nice. I would like to hunt a blackbuck sometime. I think they are a very handsome antelope. Congrats
Bruce

A very nice blackbuck. IMO, they are one of the most beautiful animals. Congratulations.

Nice, I'm not a trophy hunter but I find these apealling.
There was a private game ranch that had them though, mmm,
Chris “Australia"
Dreaming of Africa, Hunted Africa, 2020
The website made me do it!

CBH Australia said:
Nice, I'm not a trophy hunter but I find these apealling.
There was a private game ranch that had them though, mmm,
Click to expand...

There were a few spots with free range Black Buck in Aussie not sure on their numbers now & yes more than one hunting area has them .

Great post from JR & well done on your hunt, were they free range or hunting area, are they doing any crop damage there , I presume they are in Argentina ?

Thaks guys! Sorry the delay.... I have a lot of work. Yes, I forget to say that was near from Buenos Aires, Argentina.

Very nice! I would love to hunt one of those.

Rick Cox said:
Very nice! I would love to hunt one of those.
Click to expand...

You are welcome whenever you want!

For those interested in shooting blackbuck in Texas, they are found on many ranches . Here is a link to a West Texas outfitter that has exotica galore , including Blackbuck.