The hunt was self guided, and he was the third generation of this family to take a moose out of this valley.

Moose was about a 40 incher with nice symmetry.

This Moose had disproportionately large front quarters compared to any other moose I have shot or seen shot for it's age. Each front quarter weighed about 150lbs.

The gun was a marlin XL7 chambered in 30-06 with a Nikon Prostaff 3-9 variable scope.

The bullet was a 150gr Barnes TTSX, that had 100% weight retention after a 300yd shot that went thru both shoulders and stopped just under the hide on the far side.

The moose was moving right to left at a trot, having been pushed out of a thicket by a larger bull.

Shot on day 6 of a planned ten day hunt after 4 days of constant rain and one deep freeze. 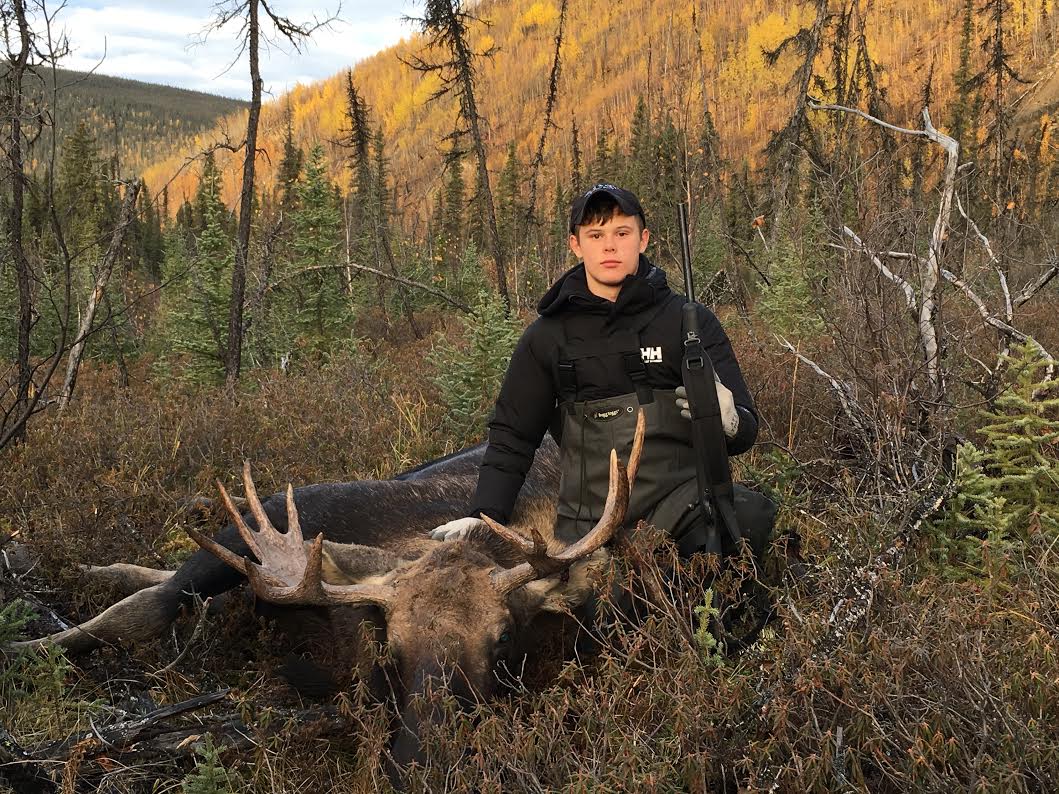 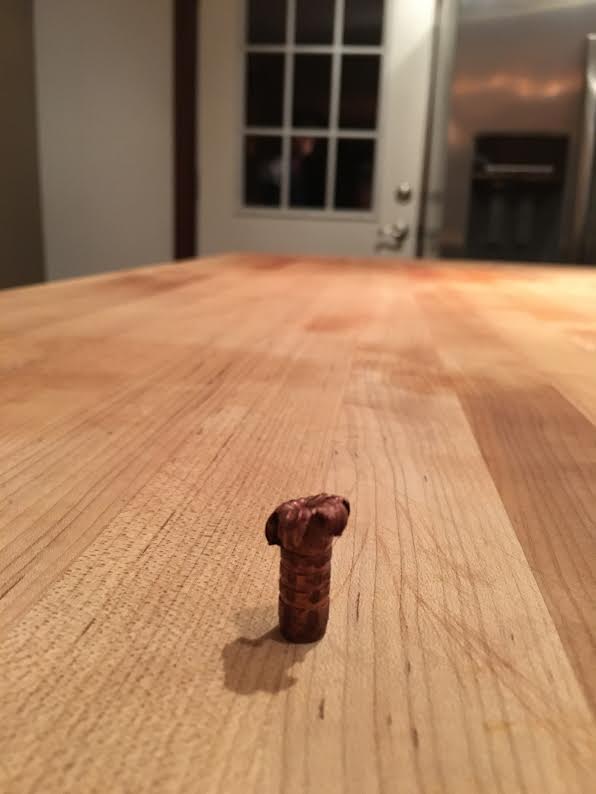 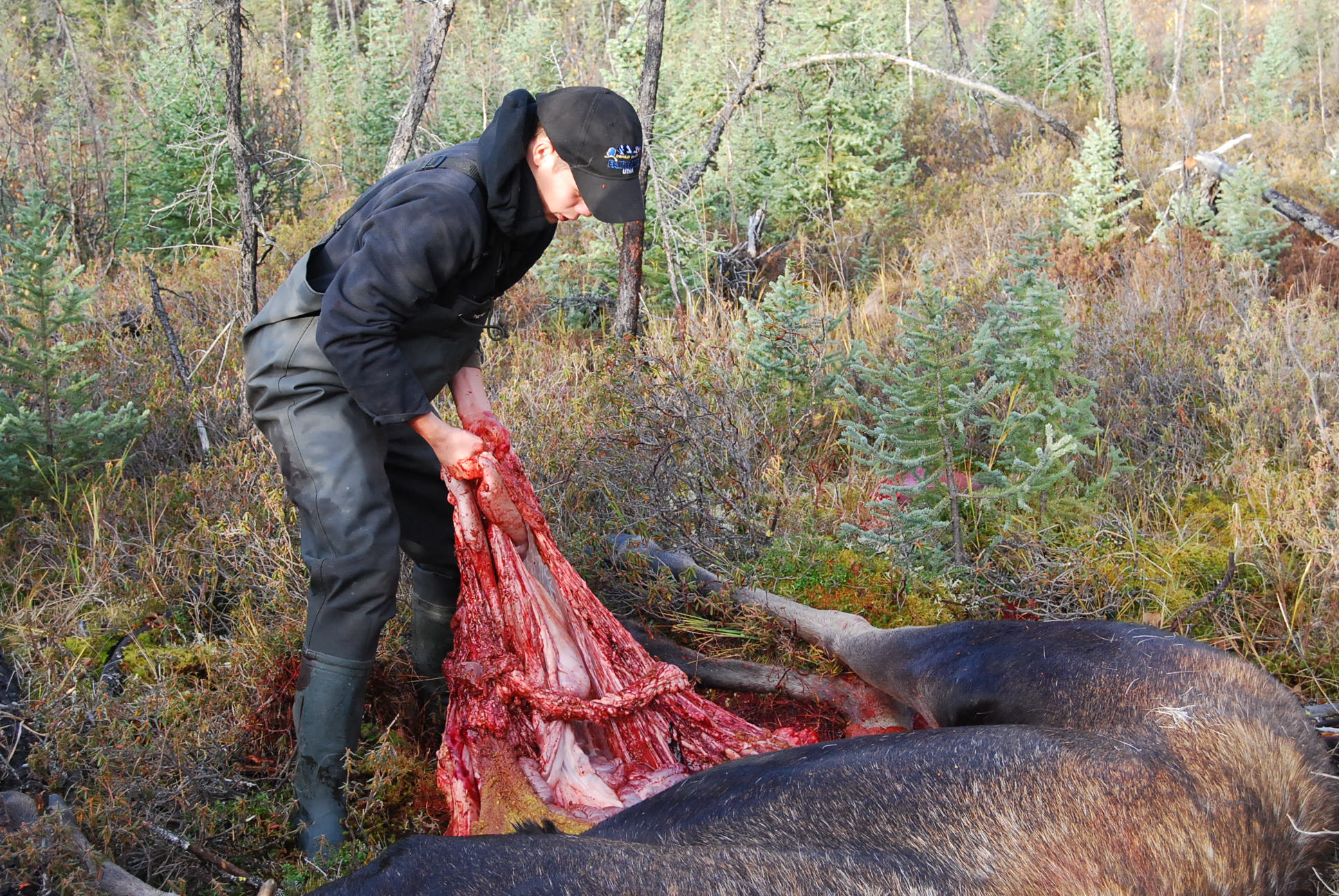 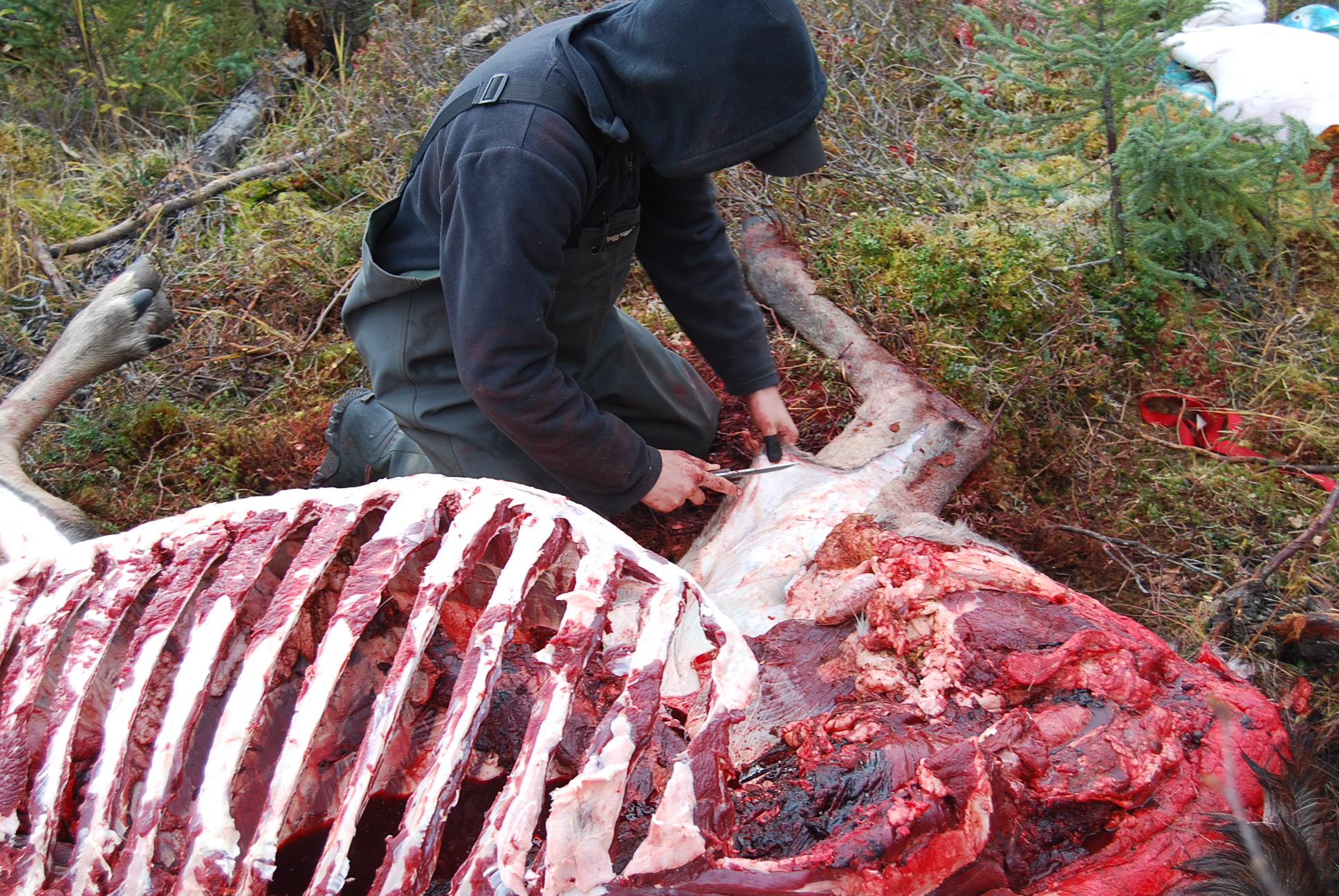 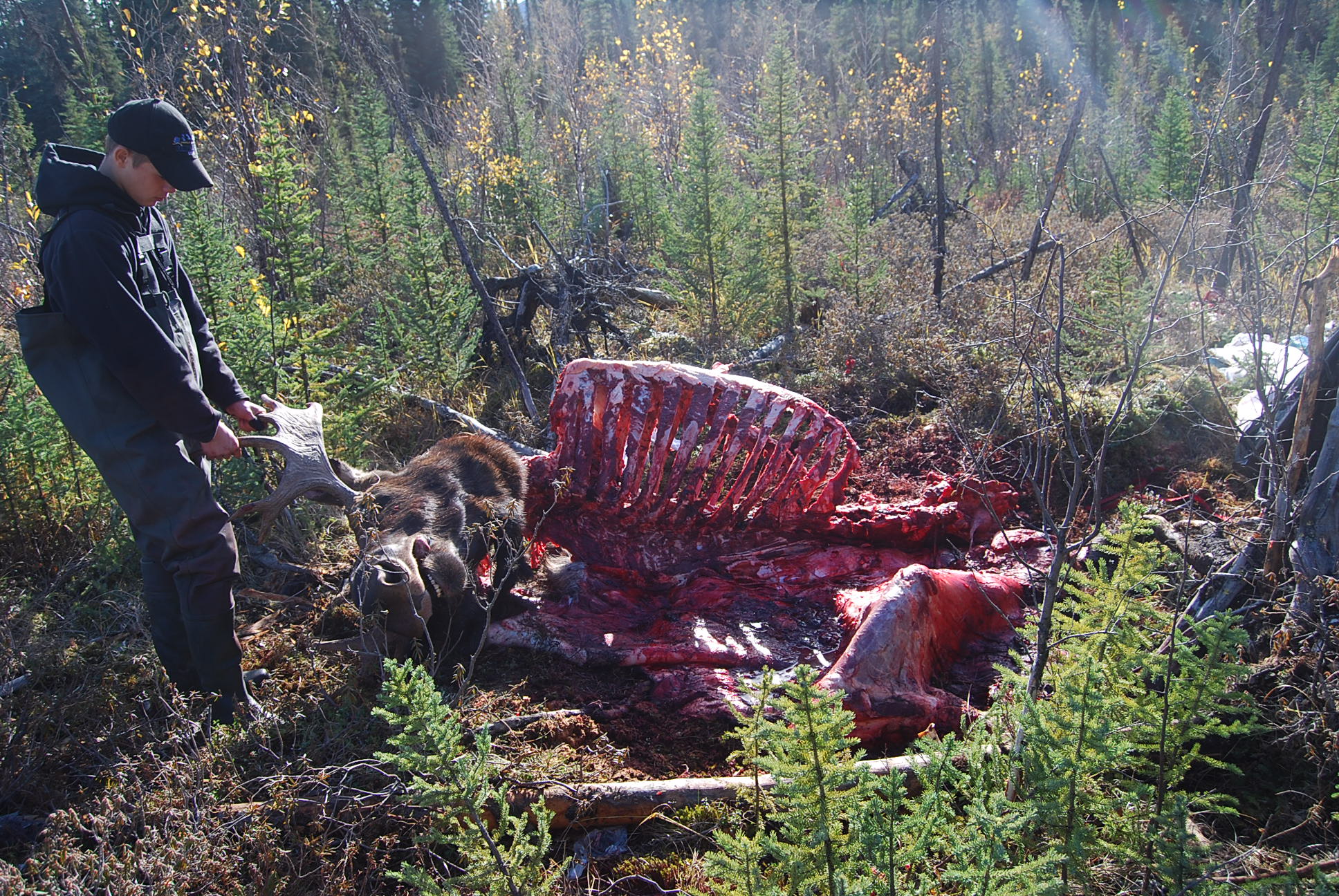 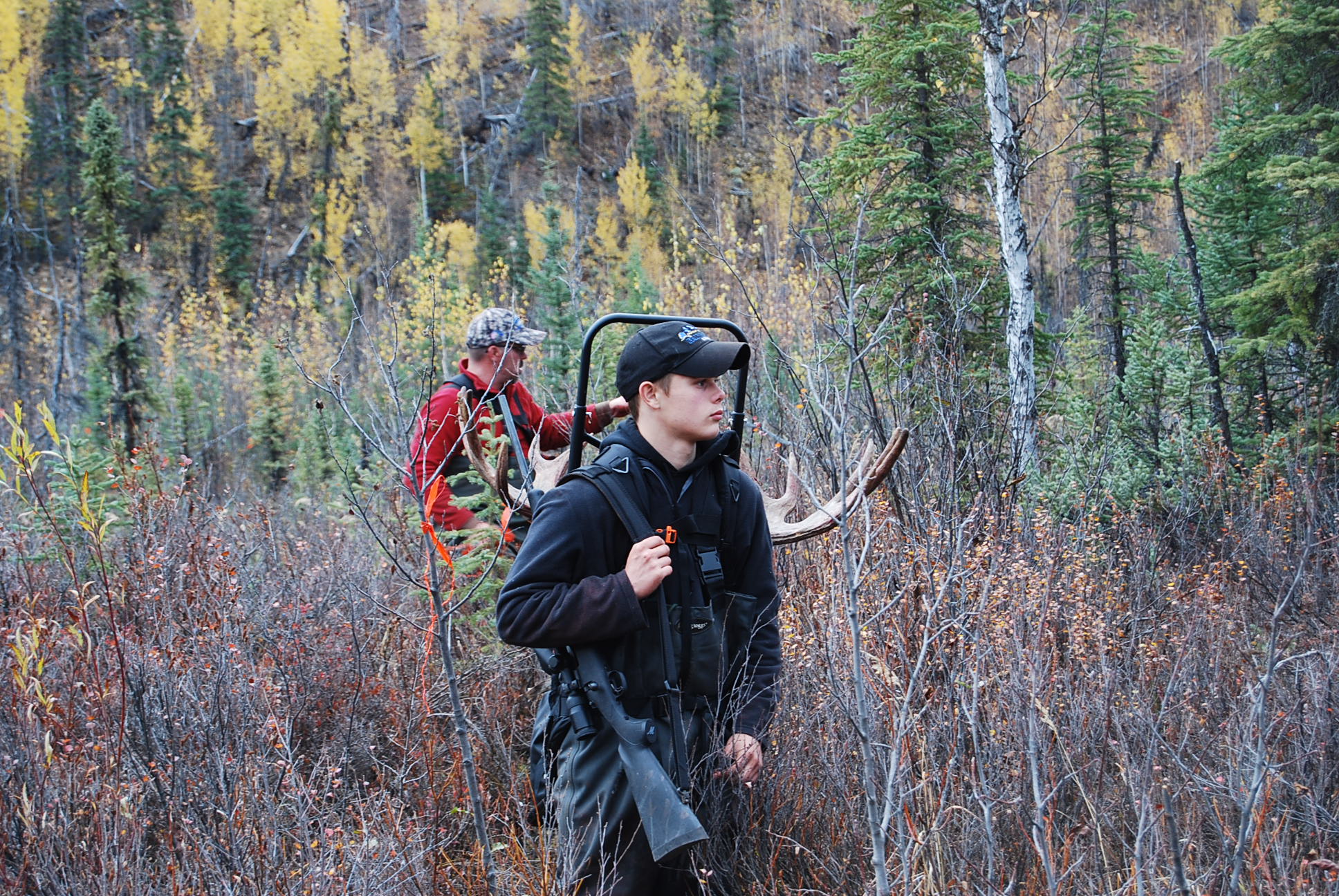 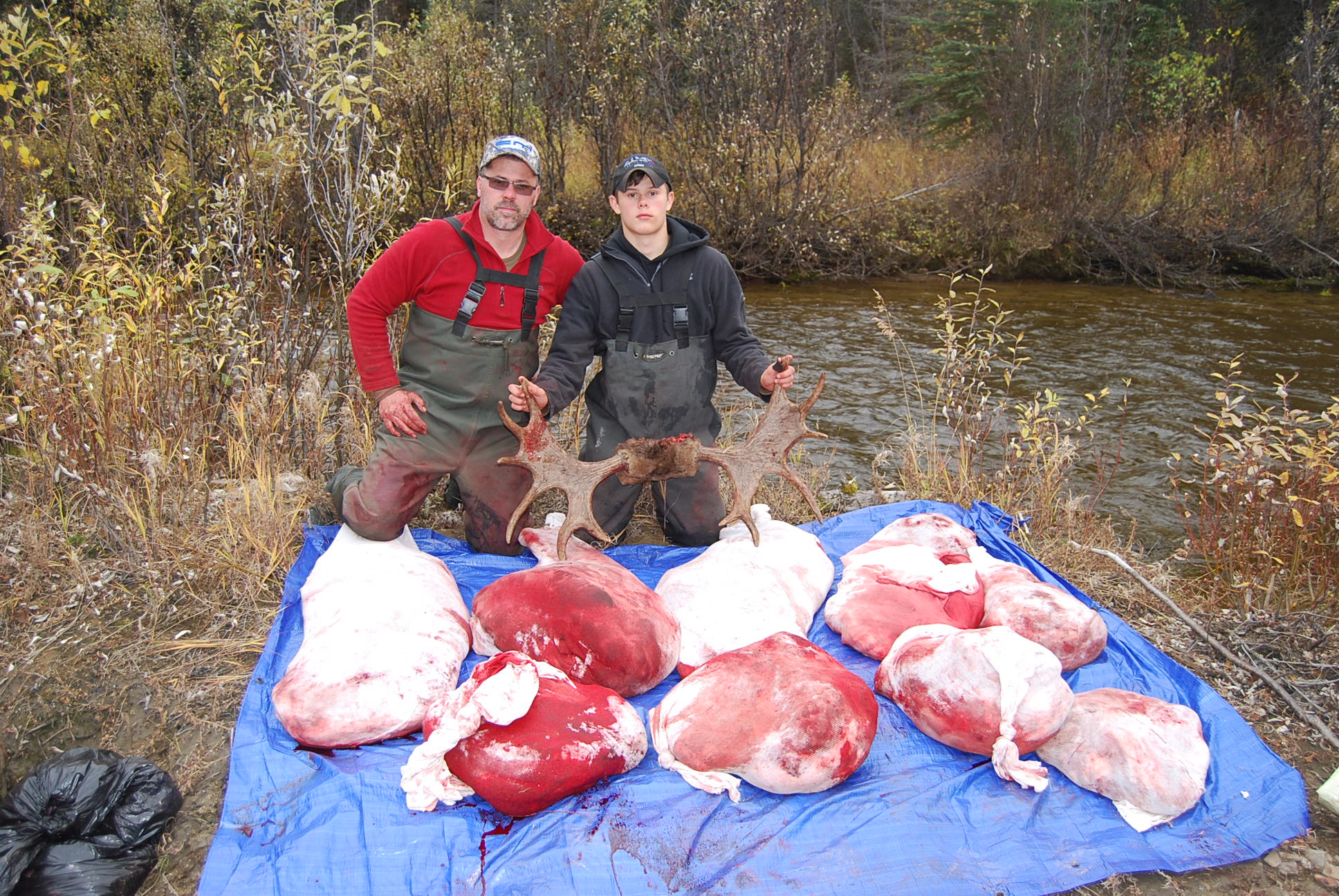 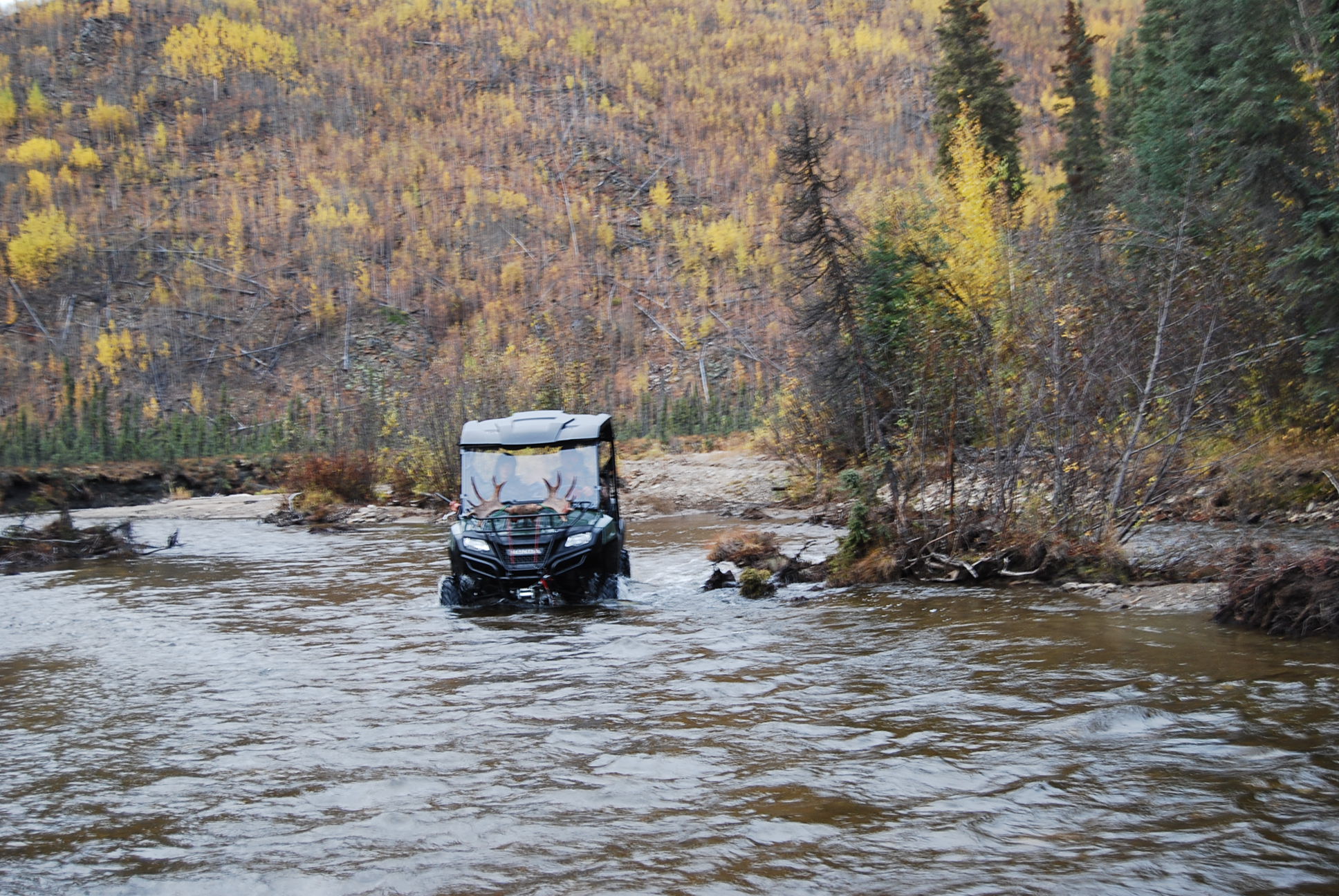 Congrats one his first moose! Looks like he did a fine job all the way from the shot, gutting, skinning, quartering and packing. You've obviously taught him well.
Y'all can go to hell, I'm going to Texas! Davy Crockett

Congrats to you and your son!

Congratulations on a cornerstone moment for both Father and Son,
and thanks for bringing this to us in a hunt report.

There are a lot of very impressive elements of this story.
Father & Son time hunting, in the bush, learning bush-craft and the ways of the hunter. Harvesting game and providing sustenance for many meals over the Winter Months. Butchering and processing game and salvaging meat in order to respect the game animal and to have not wasted.

You are rearing a fine young Man there and you are doing it in a respectful and rewarding manner which will benefit him in his older years.
Many growing children miss this experience these days and are none the wiser.
Your's will know better.

Congratulations again to both of you.
Paul Truccolo.

Very nice, congrats! Thank you for sharing this with us!
John 3:16

Congrats to the young hunter and his family! Three generations taking moose out of the area is impressive!

Congratulations - and tell him that's a great shot to have executed. I really like the multi-generation in the valley. Those connections cannot be duplicated in any manner and make the experience extra special.

It was great bullet performance! It was our first time hunting with the TTSX, and I have to say I am very impressed. We switched from Remington Core Lokts after we had two bullets come completely apart on Sitka blacktail deer in Kodiak last year.

Moose hunting is all fun right up until the Moose goes down.
Then it is all work.

Congratulations on a successful hunt and thanks for sharing it with us.

awesome job dad and that is so nice to hear about it being the 3rd moose in your family being hunted there. I hope he gets to pass that on to his kids one day.

BRICKBURN said:
Moose hunting is all fun right up until the Moose goes down.
Then it is all work.

Congratulations on a successful hunt and thanks for sharing it with us.
Click to expand...

So true, took us 4 1/2 hours to skin, butcher, and pack it out. We got the machines within about 150yds of where he was down, so it could've been worse.
Then we cut, ground, and packaged moose for three days straight. My arms, neck, and shoulders were feeling it for sure.

Congrats on the moose! I like the combo 06 with 150 gr TTSX. I am planning on using the same for a moose hunt next month.

Congrats! That's a great story and fantastic photos. It seems like yesterday that I shot my first moose when I was 17....30 years ago! My Dad was with me for that as well. I just wish we had better cameras back then...long after the hunt is over the pictures become more precious!
"I don't need to shoot farther...I need to hunt closer." - G. Sitton

Congrats on a great first moose. Nice to as close as what you were able to.... Lots of weight to a moose. Takes a bit of doing to take care of one. Great to help your son earn one of them. Well done. Bruce

What a great adventure, the meat looks delicious.

Well done and great story! Would love to get a moose like that!

Congrats! ...... Kids are our future !
Glen
GOOD LUCK AND PLAY SAFE !
You must log in or register to reply here.