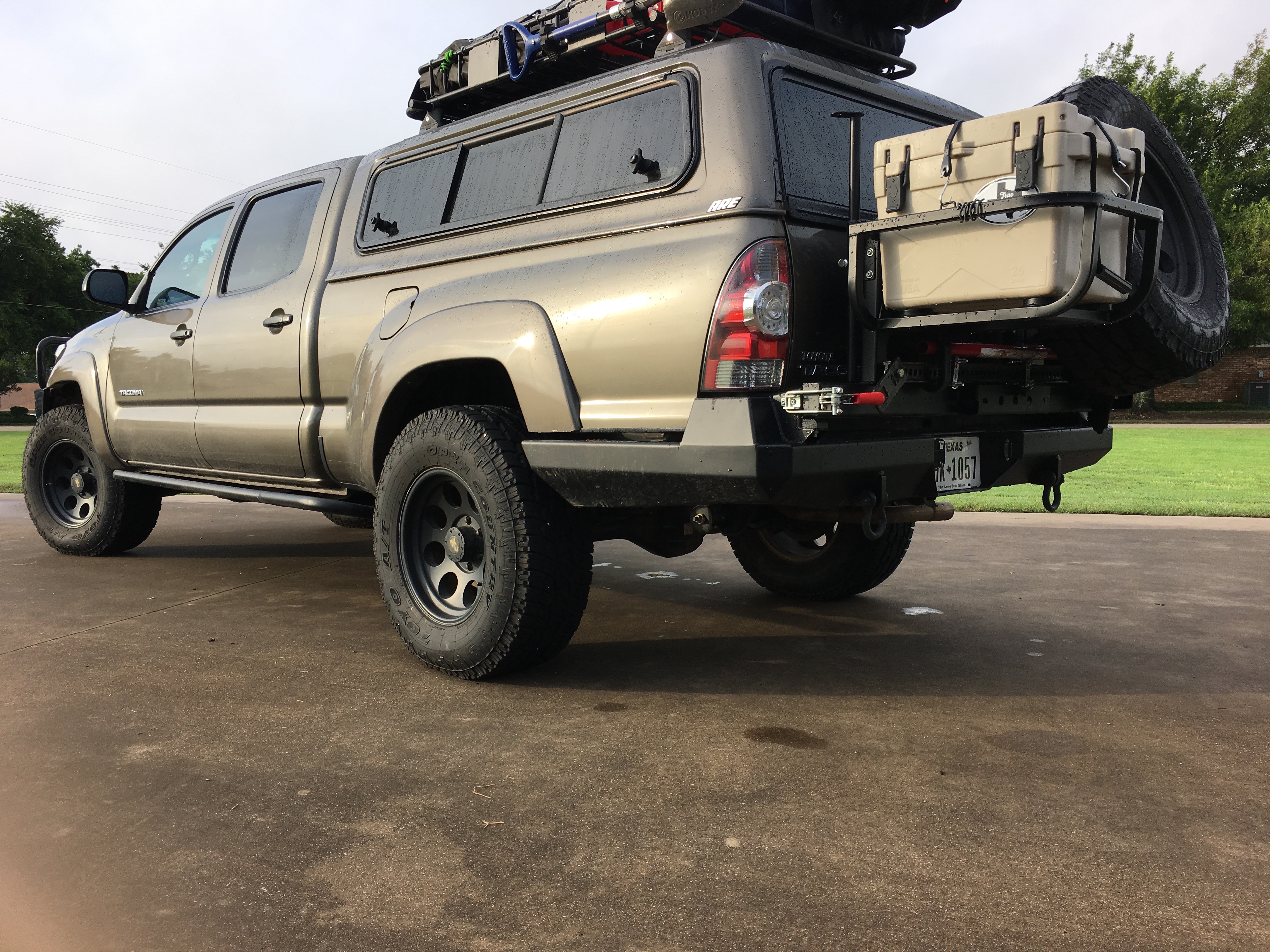 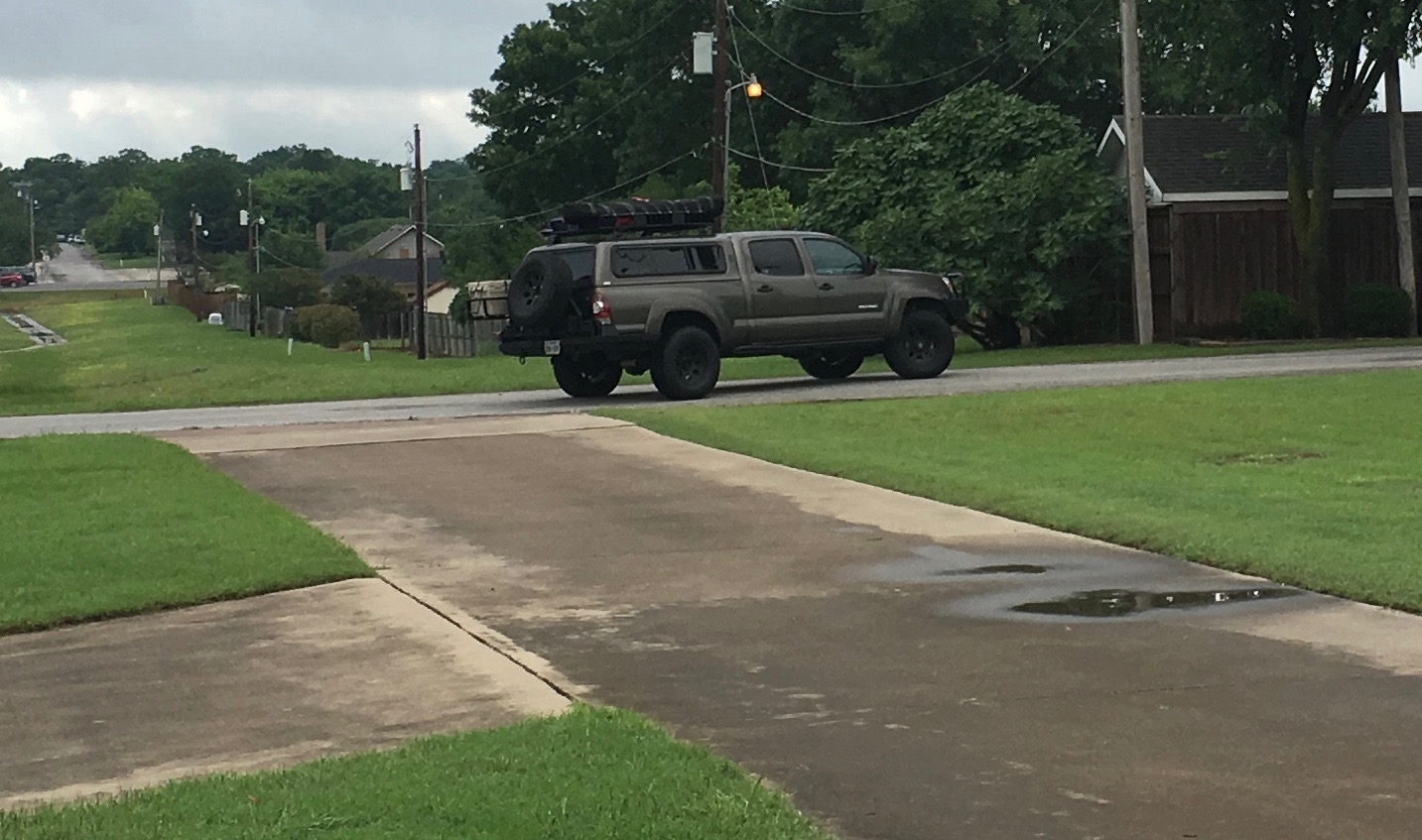 Well, that is my truck leaving for Vancouver Island and I am the one taking the picture. No they did not come back to get me.


“That's my truck. Its going on a bear hunt and I am not in it” This could be the basis of a country music song.


So who is driving the truck? 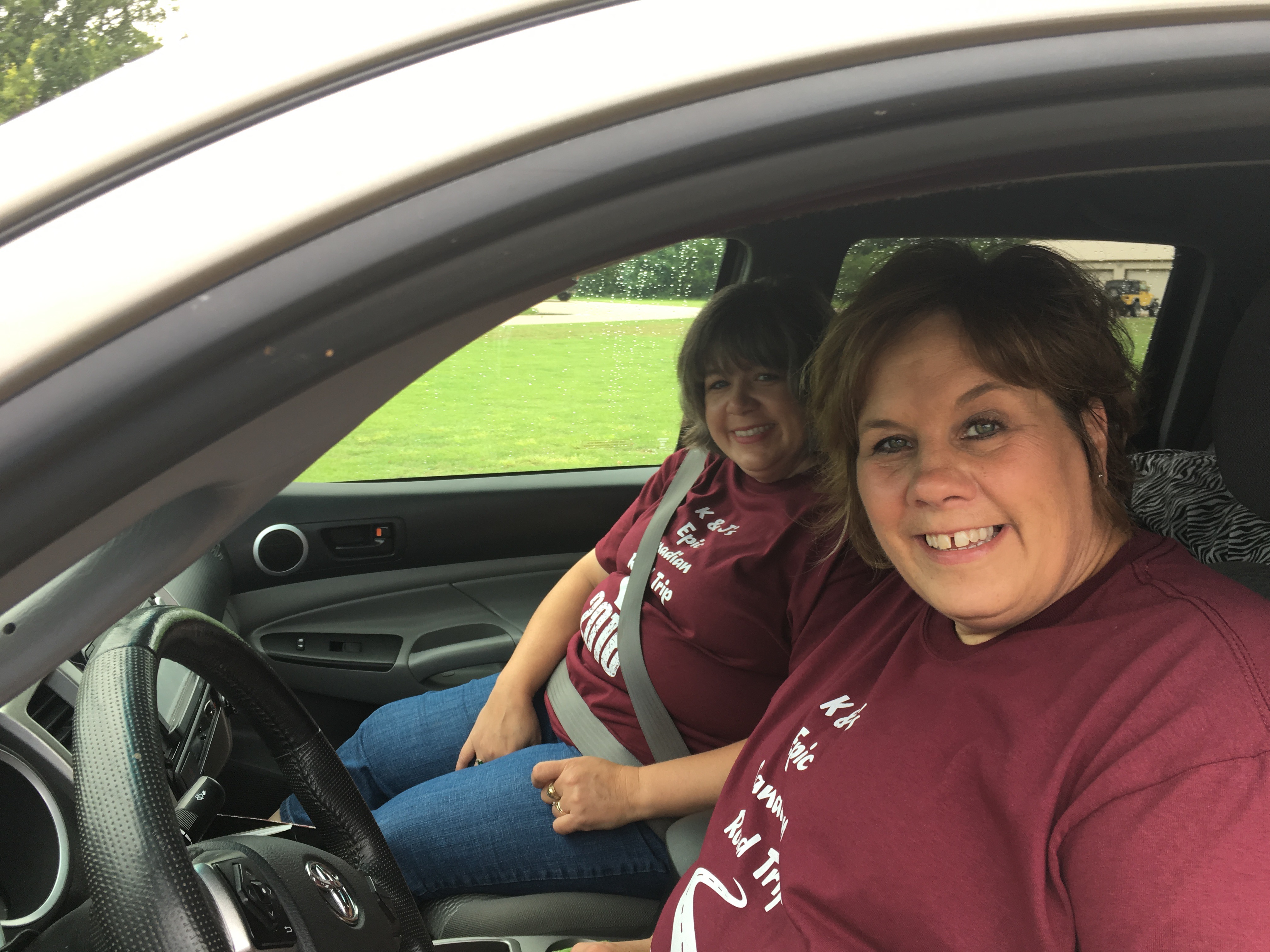 No, its not Thelma and Louise. That’s Princess Bride in the driver seat and her good friend Jennifer. They are driving to Vancouver. As connectivity allows, I will receive reports from time to time. I will then translate those reports from silly little giggle girl talk and send them off to you.


So, what am I doing? Well, I am picking peaches and canning them. 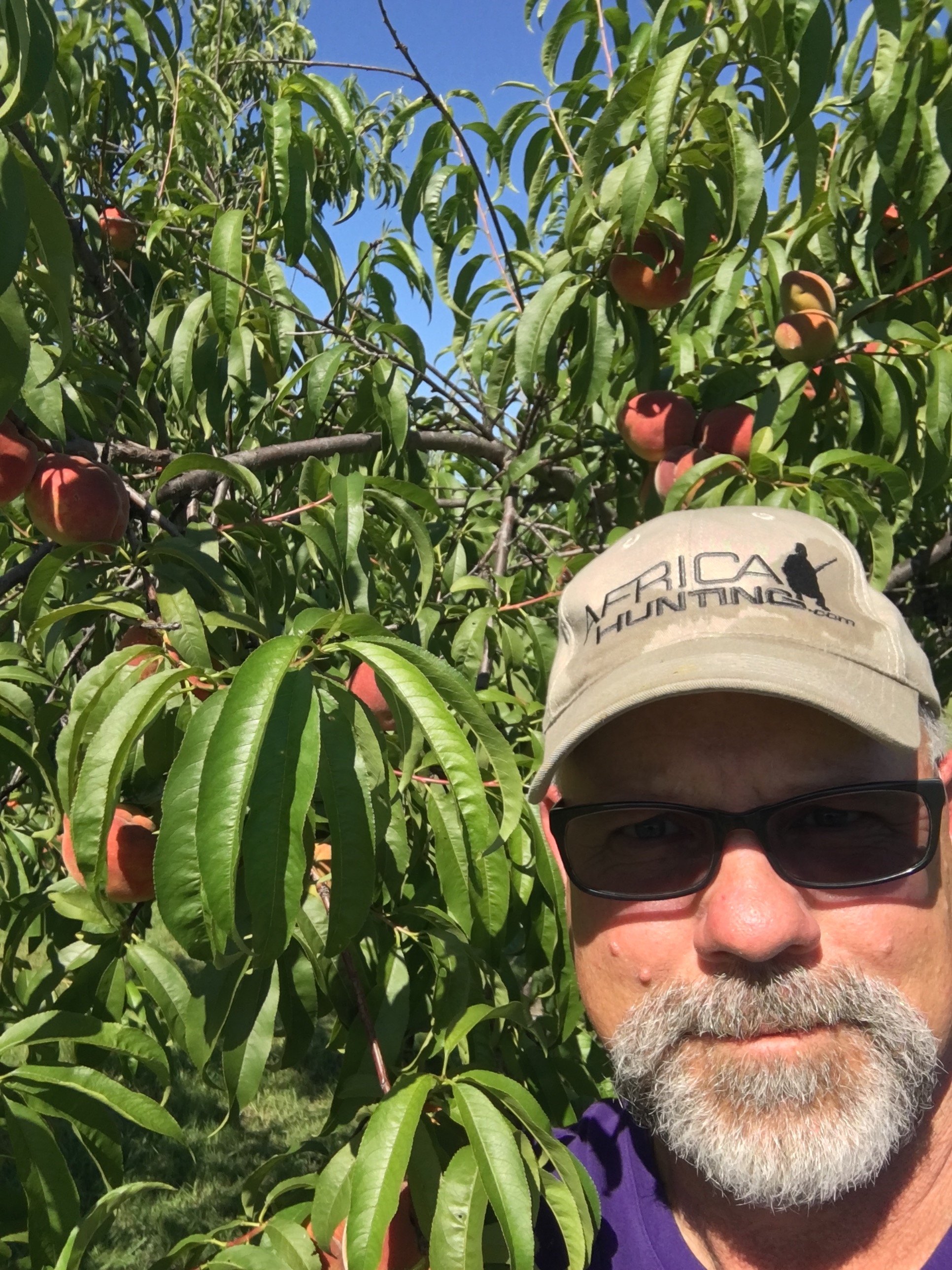 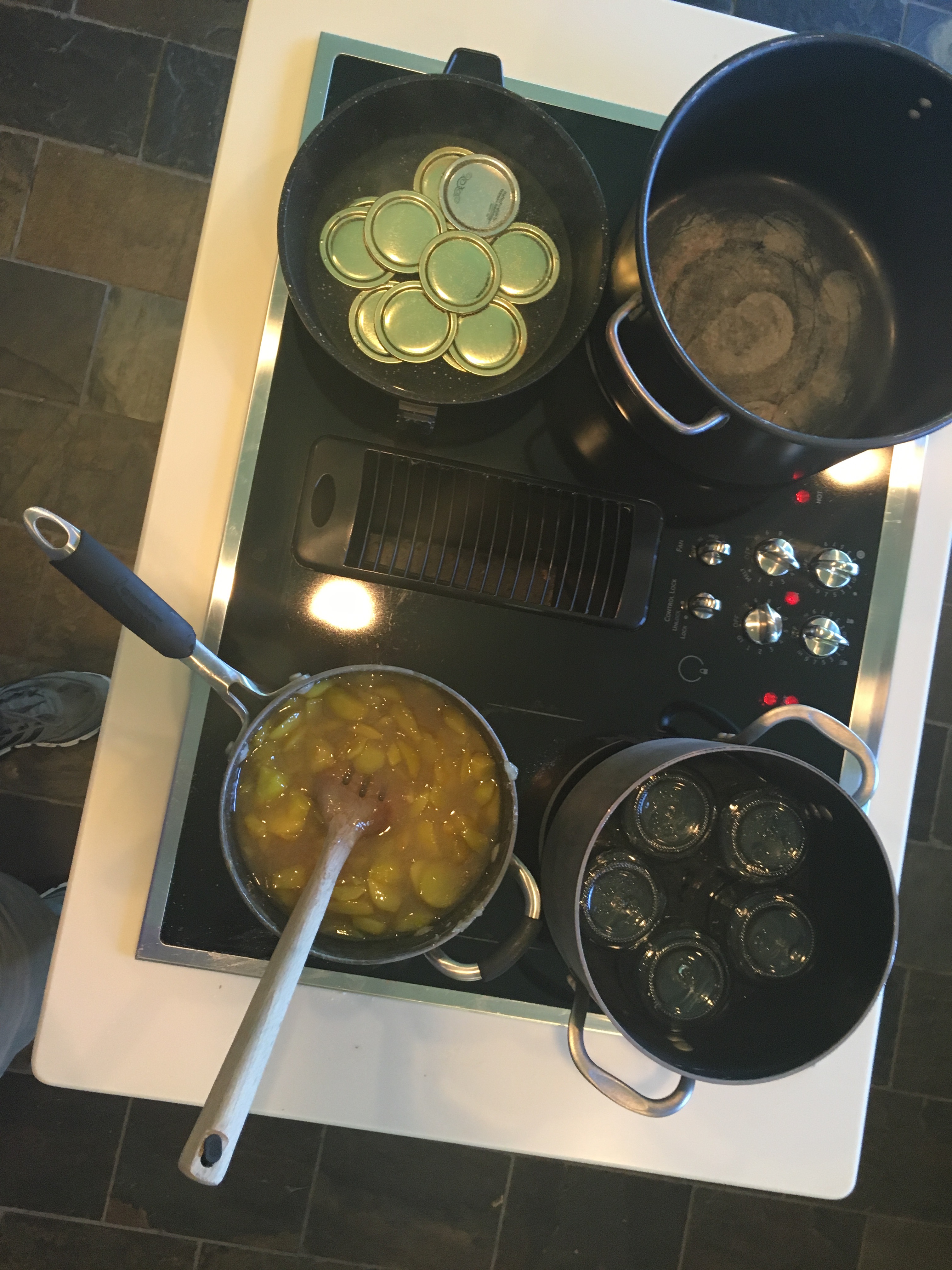 On a good note I have not received a phone call from the sheriffs department since I started writing this report. I believe they at least got out of town with out being arrested.

Good on them. They should enjoy the adventure immensely.

Ok who is hunting bear and are you baiting with peaches?

@Jfet just out of interset how far is it and how long will this drive take? and your very trusting with your truck........

J, Hope the wife has a great bear hunt. Look forward to reading about it.

You need to bring some of those peaches to DSC!
And here I am, returning to Africa of many faces;.... the sloe-eyed temptress with flowers in her hair who stole my youth and my heart, and left me an old man with a kaleidoscope of conflicting memories of many dashed hopes and some fulfilled dreams. E. Echols

Wheels said:
You need to bring some of those peaches to DSC!
Click to expand...

I was thinking the same thing!

Here is to a great and successful trip for @kfet87 !!!
HUNTERS make importation bans work!

Best of luck @kfet87 and to your truck!
Cody
"Montana seems to be what a small boy would think Texas is like from hearing Texans" John Steinbeck

Ok, here is the update I have just received. They have made it to Ft. Collins CO. Checking the national news I don't see any reports about massive police chases going north on I 25

spike.t said:
@Jfet just out of interset how far is it and how long will this drive take? and your very trusting with your truck........

Wheels said:
J, Hope the wife has a great bear hunt. Look forward to reading about it.

You need to bring some of those peaches to DSC!
Click to expand...

Not sure I am going to win any prizes at the state fair, but according to my grandmother if you add enough sugar it should taste good.


So while we are waiting on Thelma and …. I mean PB and Jennifer to check in with updates from their trip let me share some of my trophies from this year. I share these to lift your hearts because many times in the arena of public ideas it feels as if we are losing the battle for sustainable conservation. Many of ya’ll know that I teach an Outdoor Adventure Class in a high school in Texas. This class uses a curriculum developed by the Dallas Safari Club. Since the DSC under the leadership of Director of Education Scot McClure has taken on this program it has become the one of the fastest growing courses in public education in Texas. There are several 1000 kids in Texas every year that are getting to participate in this class.

1. Class Participation: There were 90 kids that took this class at my school. This is 25% of the school population. The principal approached me last week about looking at expanding the program.

2. Hunter Safety: This 20 day part of the course included instruction on gun safety, hunting safety, meaning of the 2nd amendment, and sustainable conservation. 45 students received their Texas Hunter Ed Safety Certification. No, the other 45 did not fail. Many of these kids already had their certification. Several, unfortunately, could not afford the $15 fee. There are people in my town that are working on getting that solved for next year.

3. Archery: Many of the girls took this class just so they could handle a bow like Catniss Everdine 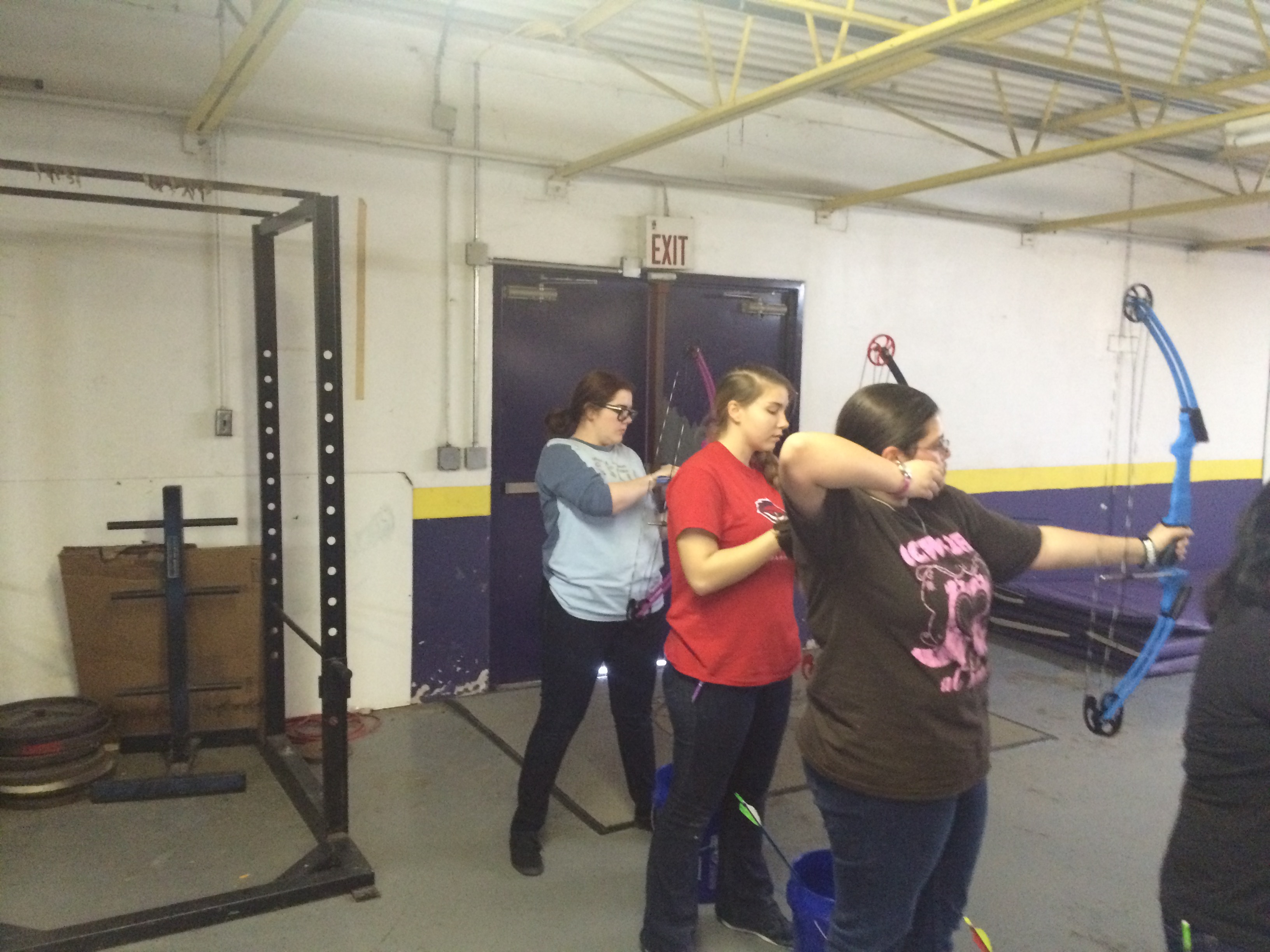 Some of the students are very experienced archers. The National Archery in Schools Program puts an emphasis on shooting technique and not equipment. These kids can now transfer the basic technique to area of archery. 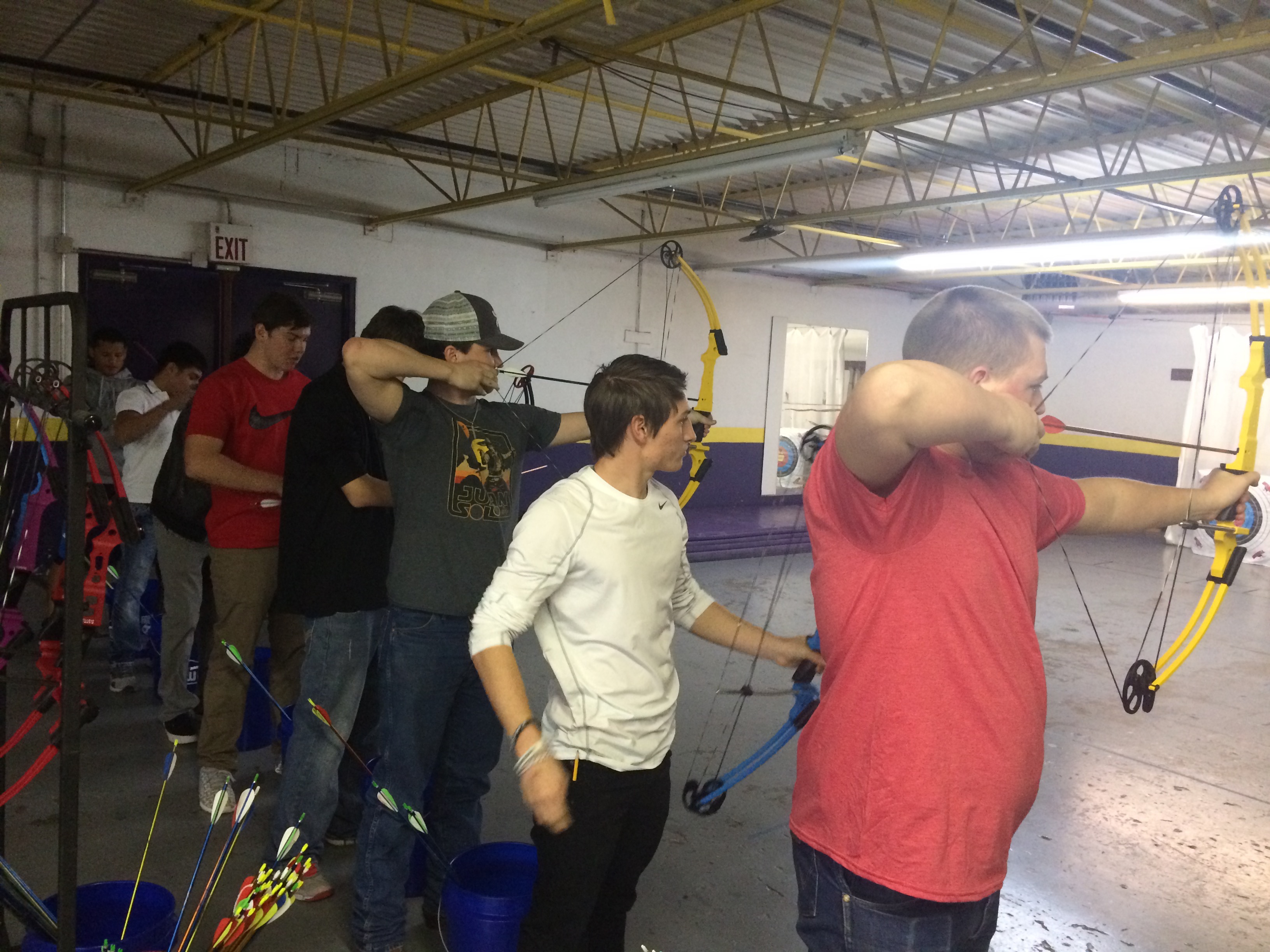 There were even some very good shots made. 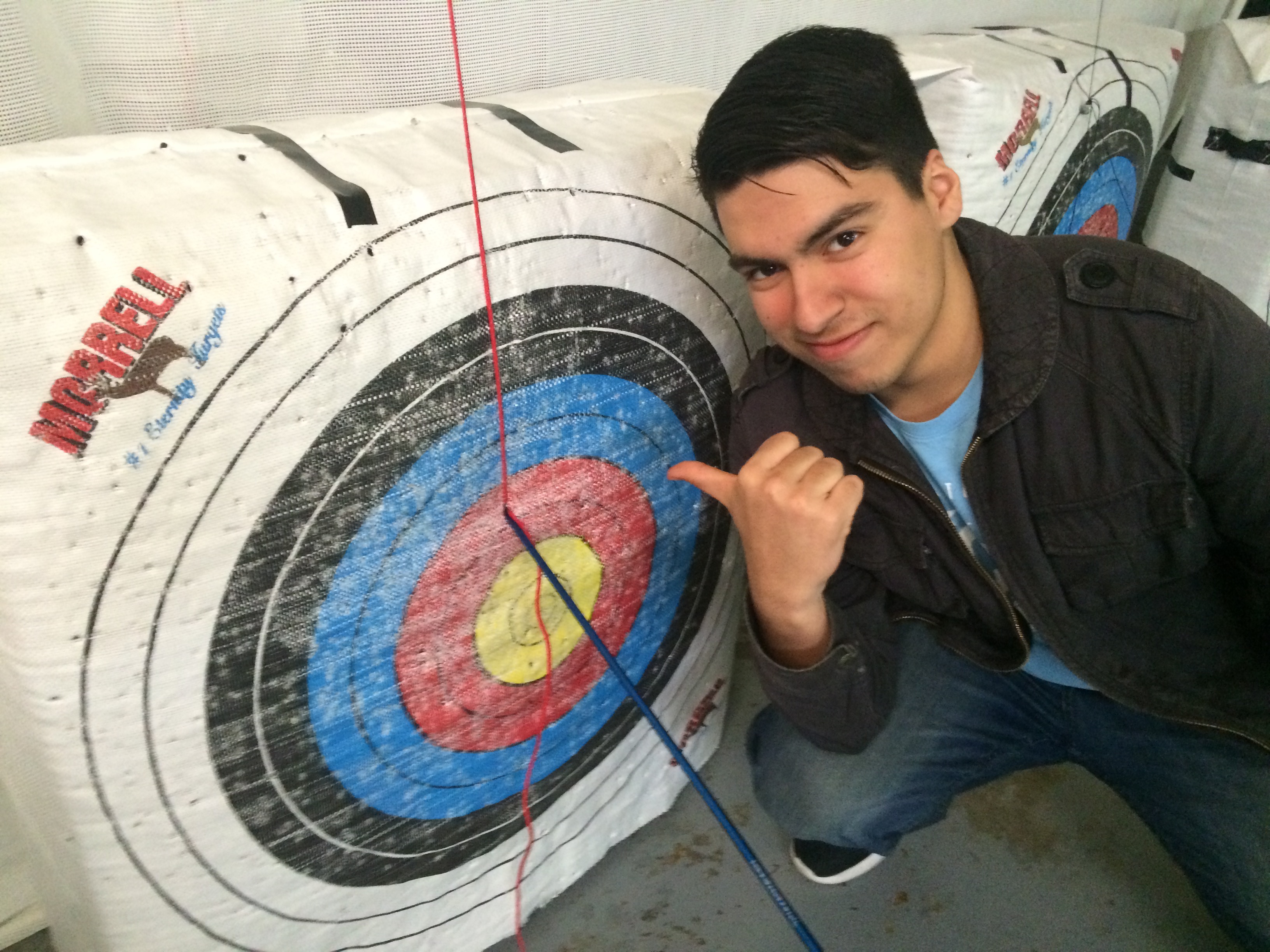 We spent time building blinds. See if you can find the three teenagers in this picture. 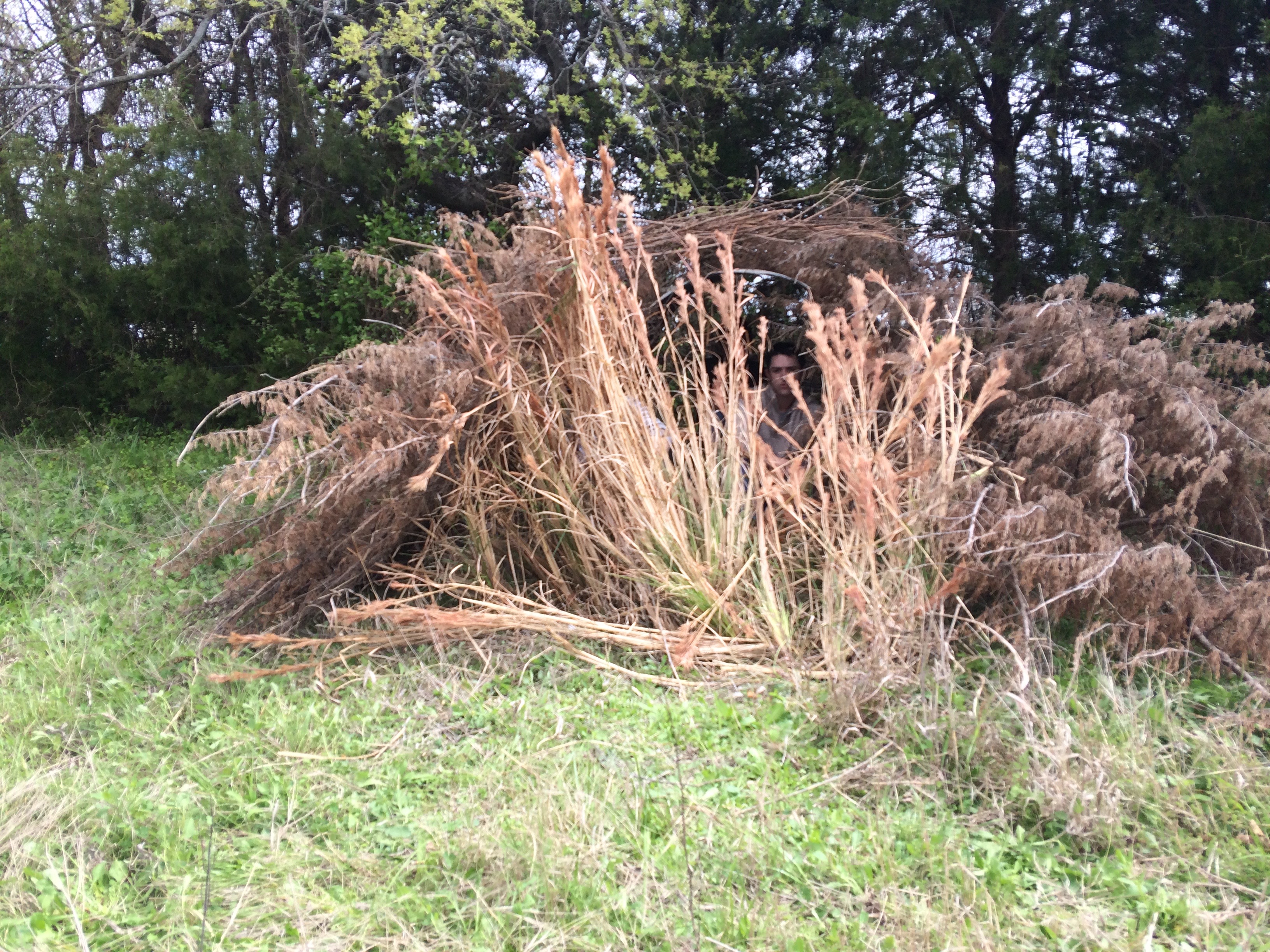 We talked about camping 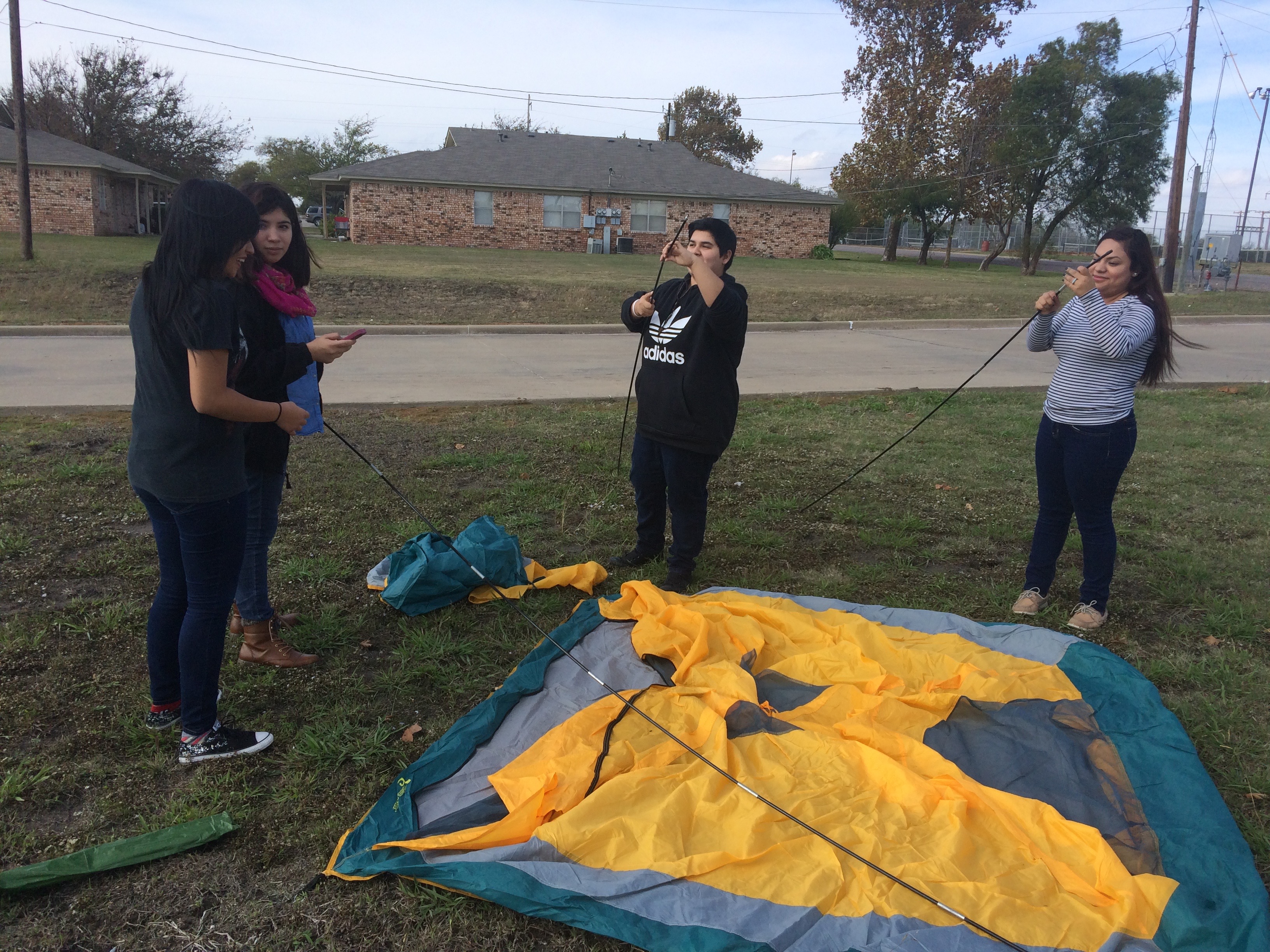 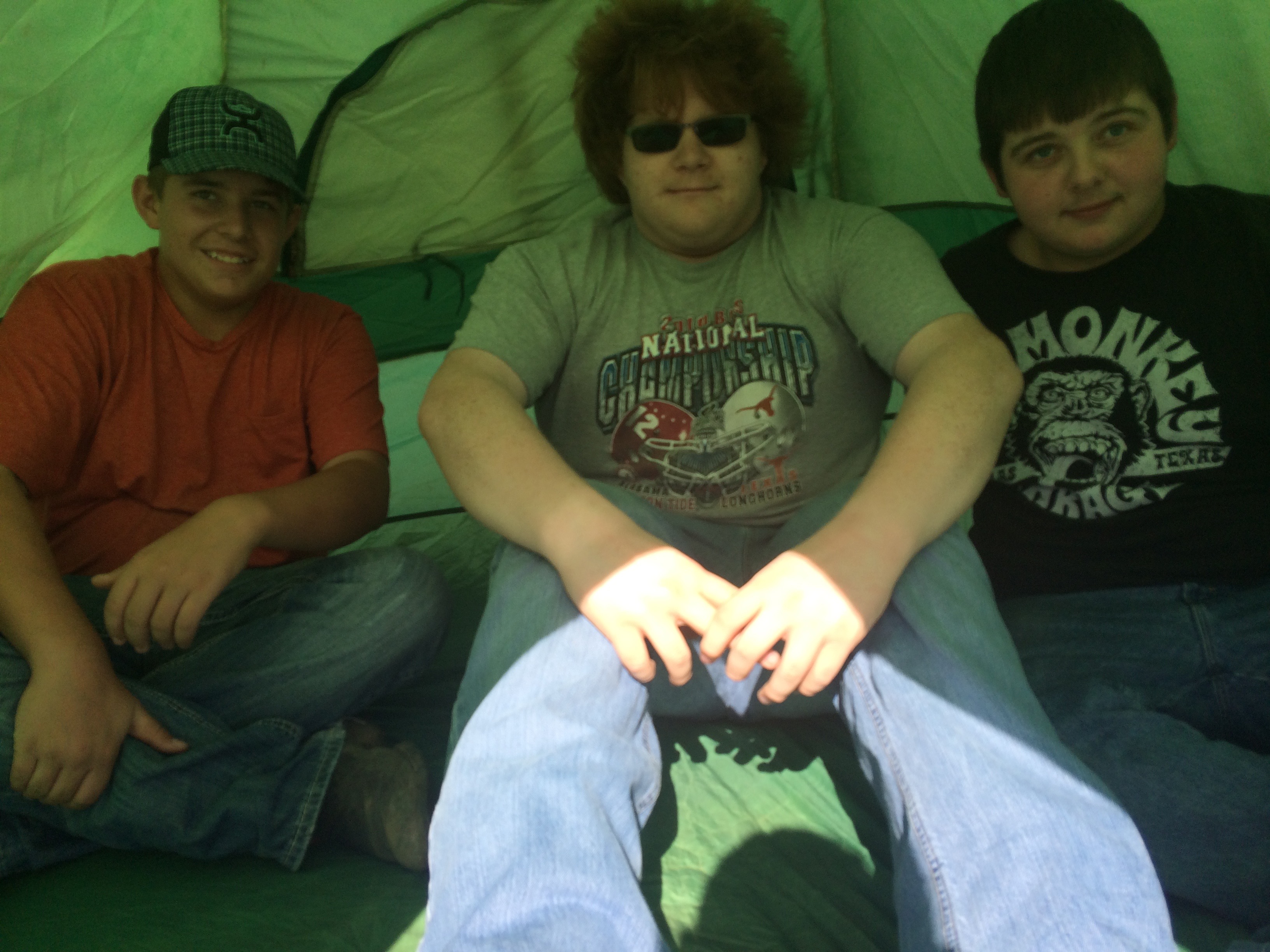 We cooked. You would be surprised how many of these kids had never cooked before. 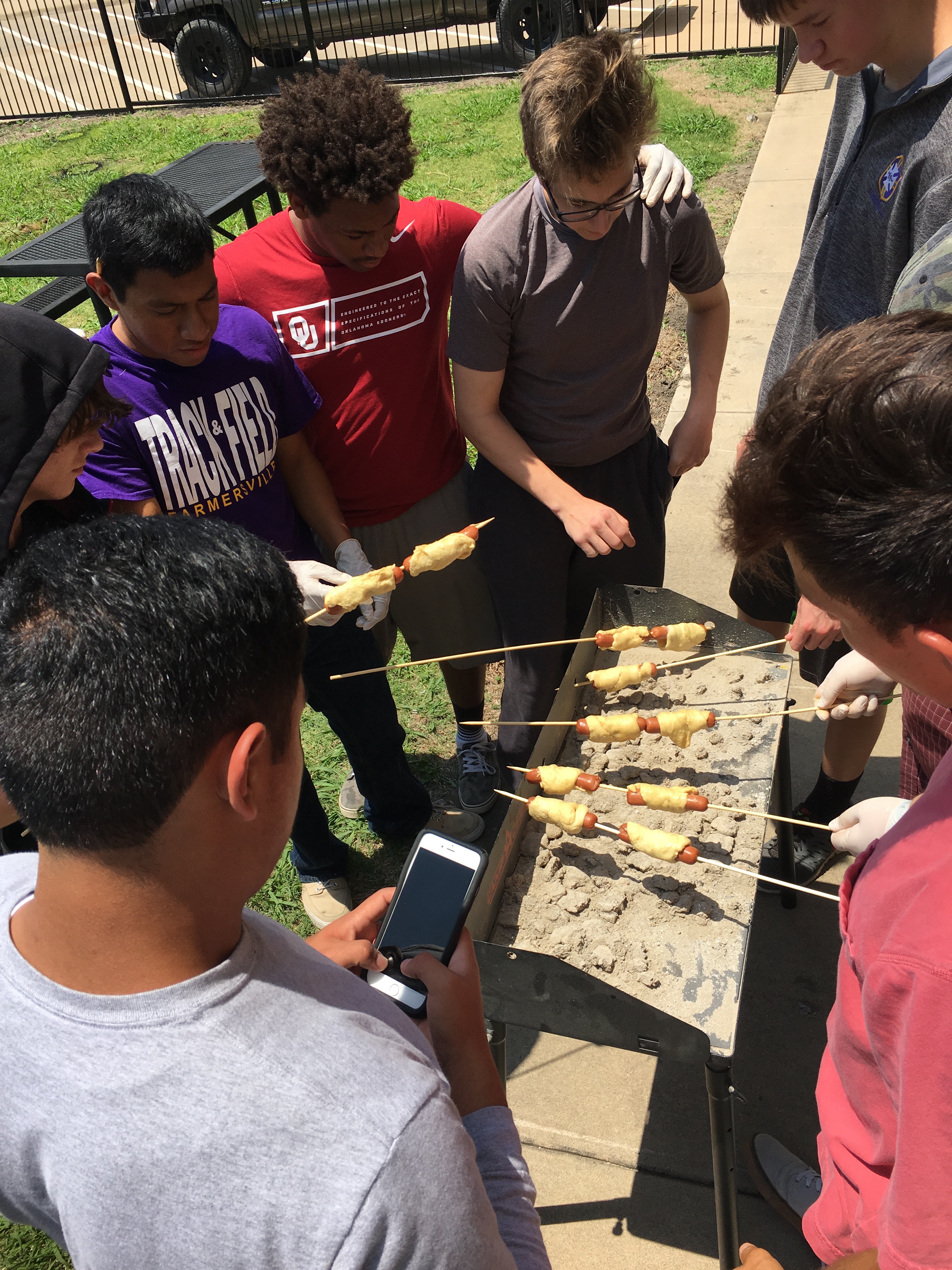 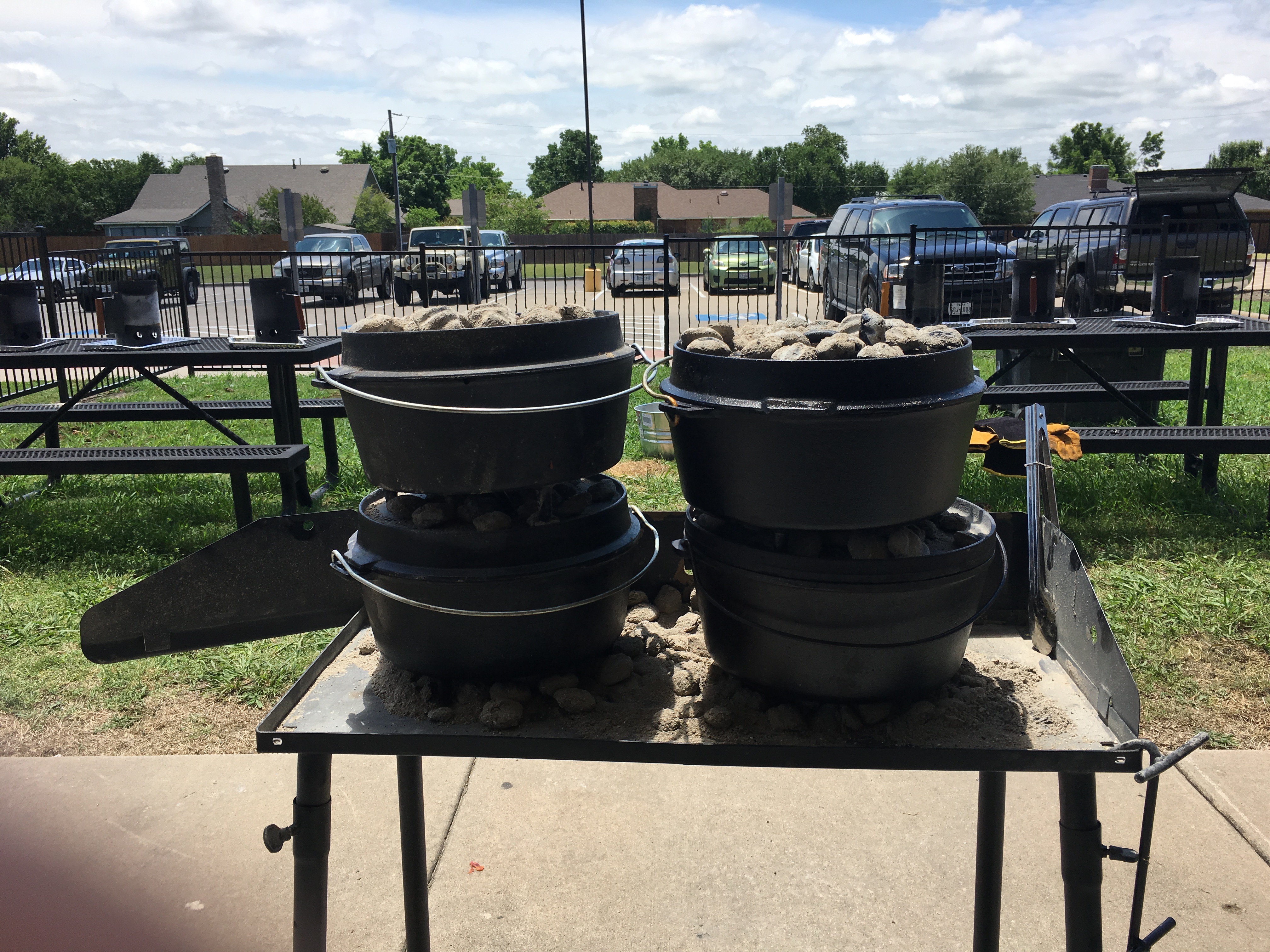 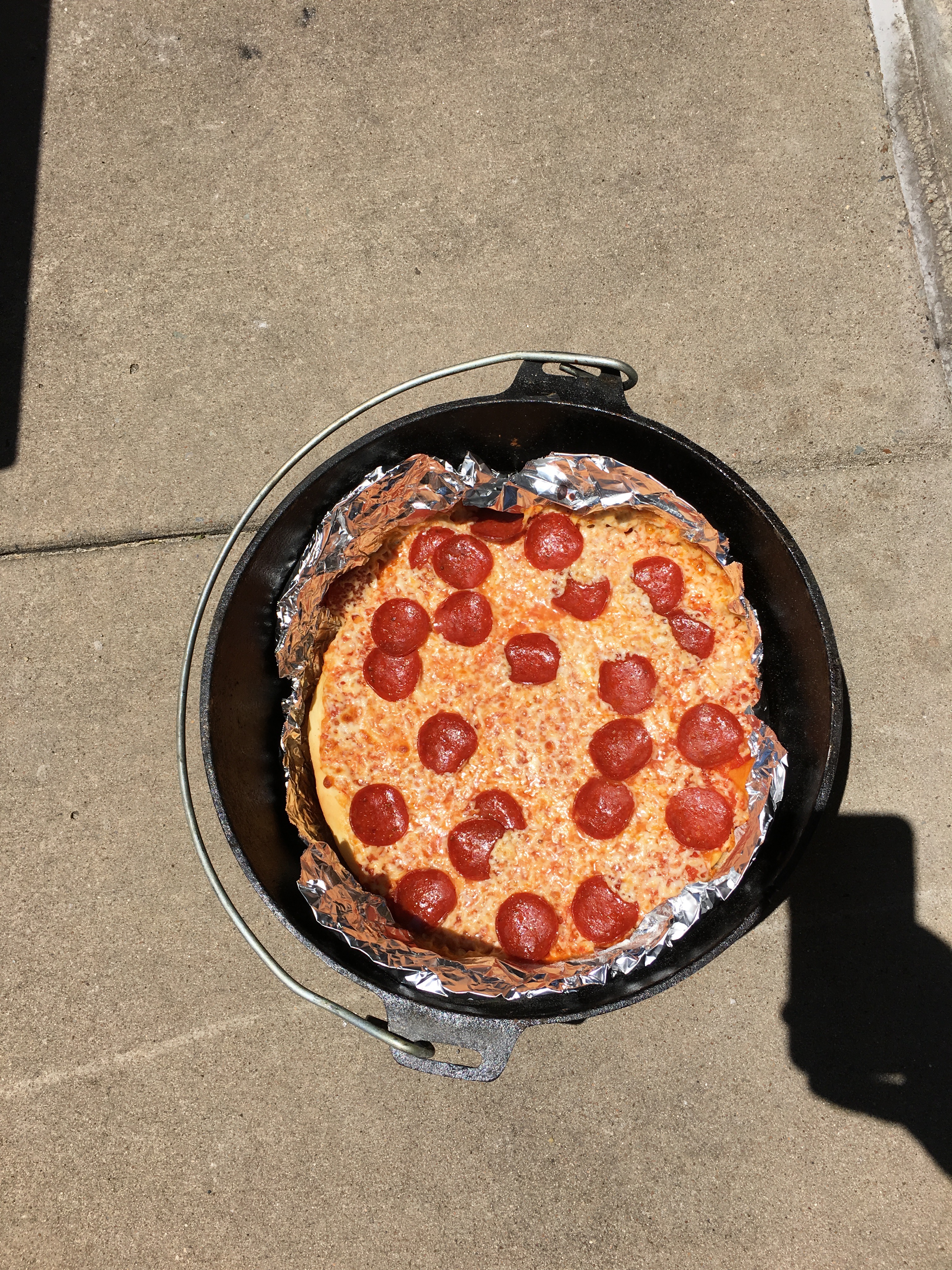 Sometimes when you see us taking a beating in social media. Remember this is where we are engaging in the arena ideas. At least 10 of these students will vote next fall. All will eventually vote. This is one of the cornerstones of DSC and it is very successful.

A big Thank You needs to go out to ya'll the AH community. You provided a valuable resource for this class. Gizmo when I read your lion story to each class it was amazing to see every teenager locked in on the story. Spiket, your story was told and it opened quite a few eyes for the importance of what you do for the survivability of wildlife in Africa. Of course the reports and conversations on AH went a long way to helping me stay sane.

No, I have not gotten a recent report on PB and I am really sick of peaches right now.

keep up the great job you are doing

spike.t said:
keep up the great job you are doing

Ditto.
And here I am, returning to Africa of many faces;.... the sloe-eyed temptress with flowers in her hair who stole my youth and my heart, and left me an old man with a kaleidoscope of conflicting memories of many dashed hopes and some fulfilled dreams. E. Echols

“Put me in coach I am ready to play…”


I am being called up out of the peach leagues. I get to go to the big league. That just goes to show if you work hard, train hard, and most importantly don’t make PB mad you can get a chance to live out your dreams. I am going to Vancouver! 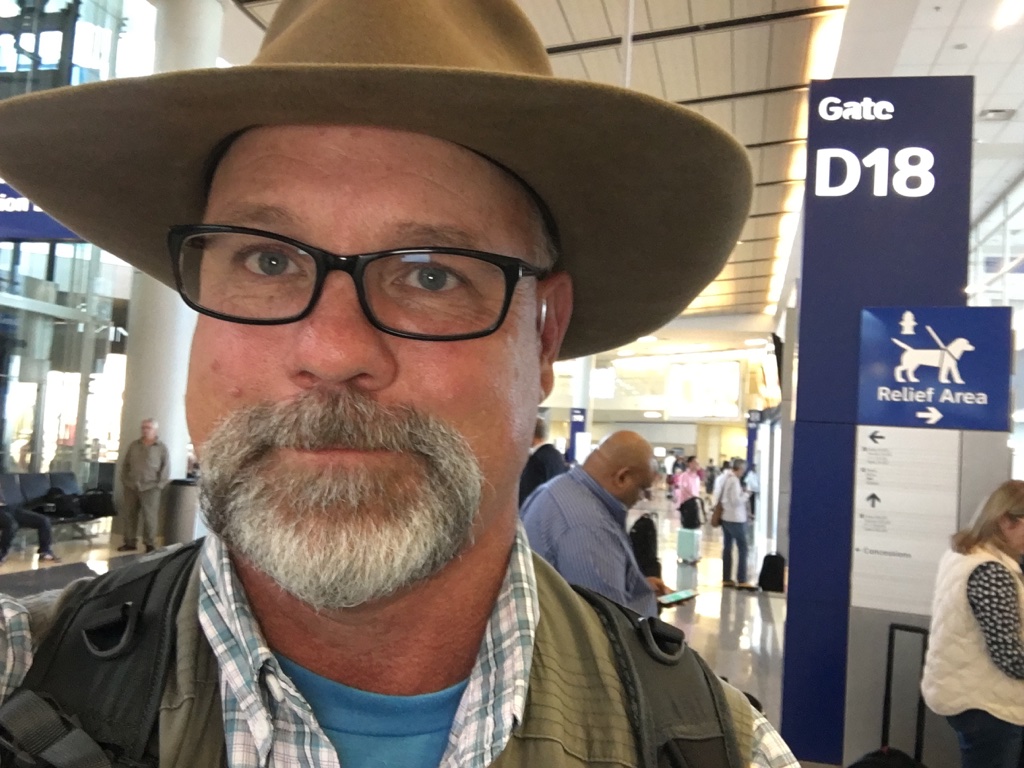 Actually, I always knew I was going to get to go. PB has wanted a bear rug to go with her zebra rug. The challenge for the bear rug has been to find a bear season in North America that fit into the schedules of school teachers and Texas high school football coaches. We had hoped to schedule a hunt at the DSC Convention but it seemed that everyone we talked to either ended their spring hunts to early in May or started their fall hunts to late in August to fit into our summer break. Shortly after DSC Convention I was on Jim Shockey’s web site looking at purchasing some of his videos to use in the Outdoor Adventure class. I clicked on the section about bear hunts in Vancouver and quickly noted that their last week of hunts lined up properly with our first week of summer break. I let out a loud WHOOP ran into the bedroom, rolled PB out of bed, expertly ducked, and showed her the dates. She put down her pet throwing rock, pulled out the checkbook and booked the hunt.


Then we started looking at the details. PB was going to be out of school four days before the hunt started. I was not going to be done until the day before the hunt started. That is when the bad habits and vices I have picked up at AH kicked in. I proposed the Brickburn Doctrine. Let’s just not spend five days hunting in Canada. Let’s spend the whole month sight seeing and fishing as well. We decided that PB would drive up and meet me at the Vancouver airport. We would do the hunt, travel east across British Columbia and then turn south somewhere around Alberta. I just realized that it may take another month just to get out of Montana and Wyoming.


Yes, there are adventuresome people in the world. Jennifer is very much one of those people. PB called her, explained our travel plans, and then asked her if she would like to drive four days to Vancouver. I don’t think PB had finished with a full explanation before Jennifer had said yes. I am not sure that the full story of that epic trip will ever be told. If it is then it will be a best seller and even replace The Illiad and The Odyssy in high school freshmen English classes.

We get to start hunting tomorrow. I am very much looking forward to dragging PB's bear out of the woods.

@Jfet i like it they get to do all that "we have to get there by then driving", and you just rock up for the fun bit

Glad I am a bad influence.
Enjoy the ferry ride across to the Island.

Let me know if you decide to hit Alberta.

@Jfet, like some guys I know in SA, you "made a plan"
You must log in or register to reply here.

Vervet safari and Tours Tanzania
Who provides you with an interpretive safari to enlighten your wilderness experience. We are safari outfitters specializing in excellent custom or Tailormade safaris in Tanzania. If you are looking for a safari in Tanzania, you have come to the right place and the right safari company. We create Best Memories of your African Safari
Today at 1:27 AM •••

Vervet safari and Tours Tanzania
Hello to All members of this group, My name is Basili Agustino I have just joined this great community with the, Vervet safari and tours Tanzania which is a focused Tanzanian tour company that provides travel services that are personally designed and professionally guided by Tanzania’s finest and highly trained professional safari guides,
Today at 1:23 AM •••
E
eballo doubleboy eballo wrote on doubleboy's profile.
Is the Parker still for sale?
Jul 17, 2021 •••
H
hunt 65 Bullthrower338 hunt 65 wrote on Bullthrower338's profile.
You ever sell the Hyme 458 Lott?
Jul 10, 2021 •••