10 or 12 years ago Elk started showing up on my farm coming out of Cascade foothills. I'm a rifle hunter hunted Rocky Mtn Elk for years shot several Bulls. The years I didn't draw my normal Rocky Mtn Elk unit I would hunt these Elk at home trying to catch them on my Farm, BUT about 2-3 days before rifle season the Elk would go back into foothills. My wife and daughters had killed several Cow Elk over the years.
3 seasons ago I decided if I was going to kill one of these Bulls I would have to learn how to shoot a Bow. My son in law is a bow hunter so he helped me with learning to shoot. When Bow season came around that year I had several close encounters but something always went wrong (Typical I find with Bow Hunting) I had a huge Bull within 10 yds but he wouldn't take that last step from behind a tree, but luckily I had my son in law on the escape route son in law MISSED UGH.
2014 season I drew my Rocky Mtn Elk Tag no luck for me but son in law kills 3 pt Bull on my farm.
2015 season back hunting on my farm my son in law Double Lungs a Nice 5 pt Bull the first week of season. I hunted Elk for 26 mornings and 10 or so evening hunts out of a 30 day season missed 3 Bulls, mistakes on my part, theres a lot to remember with shooting a Bow (Typical I find with Bow Hunting) I called a 5 pt in on the last Thursday of the season, once I got my heart to quit trying to jump out of my chest, and did everything I was supposed to I shot the Bull. It got dark on us we retrieved the Bull the next morning on neighbors in the Blackberry bushes. I had another Buddy hunting with me also he had a couple close encounters but never got to shoot. 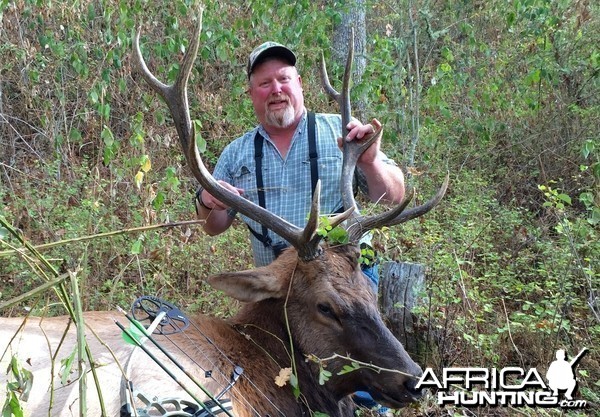 Now that is Typical of Bow Hunting.

Congratulations on your long fought success.

Way to hang in there, looking forward to the pics!

Looking forward to the pics.
And here I am, returning to Africa of many faces;.... the sloe-eyed temptress with flowers in her hair who stole my youth and my heart, and left me an old man with a kaleidoscope of conflicting memories of many dashed hopes and some fulfilled dreams. E. Echols

The 3 P's of bow hunting, practice , patience , persistence.
Good for you the persistence paid off . Forrest

Yeah Bow hunting is definitely a rush! And it does seems like when something can go wrong it will go wrong! Congrats and look forward to seeing the pictures!!

Elk will test anyone's bow skills new or experience hunter they will push you. But there is nothing like hunting a bugling bull in rut. More then any other animal elk have a way of just not taking that one step more you need to take the shot. 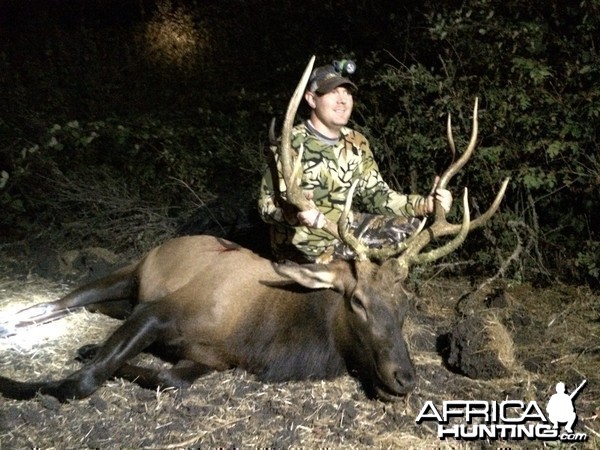 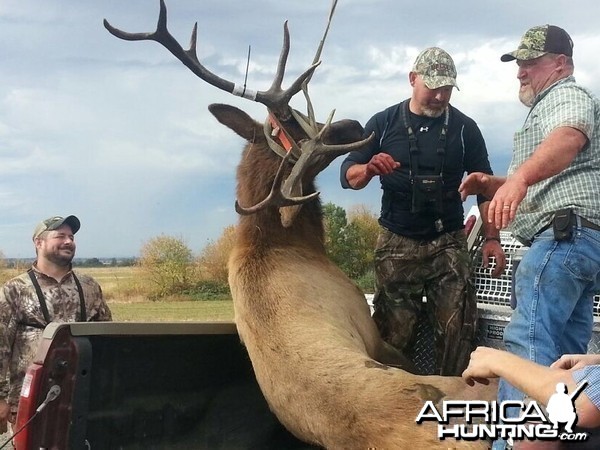 bashaw said:
I'm a little tech challenged not sure why son in laws pic is small
Click to expand...

bashaw said:
I'm a little tech challenged not sure why son in laws pic is small
Click to expand...

Fixed. Thanks for sharing.
Jerome Philippe, Founder of AfricaHunting.com

Congrats on some awesome bulls. A bull elk is one animal that I haven't been able to kill yet. Someday....
"I don't need to shoot farther...I need to hunt closer." - G. Sitton

Roosevelts are larger bodied but smaller antlered than their rocky mountain cousins.
Bowhunter addict
You must log in or register to reply here.