There's a reason they call it hunting. Last year I took a nice 6x6 bull on the morning of the third day of the hunt. This year I drew a cow hunt along with my buddy. I figured we would tag at least one and hopefully two, after all there are more cows than bulls. Well after 11 days of hunting hard, we came home empty handed.

I was able to call a cow off of a really ticked off bull to within 8 yards of my buddy. But he was betrayed by the tree behind him and could not draw his bow properly. That morning we had 3 bulls screaming and picked on this one to see if he would come in and bring his cows with him. I don't think I called the cow off him as much as he sent her over to check out that cow on the other side of the canyon.

Outside of this we had numerous encounters with bugling bulls, but the stalks one way or another would not work out or we'd get busted by satellite bulls or by the cows. But every night we were serenaded to sleep by the continued bugling.

Didn't drop the bow and take any pictures did you?
It is fun to be close in to that screaming!
Next year, maybe.

It's a learning experience, glad you got some fresh air! My wife is not looking forward to winter. She said last night...when we moving to Phoenix...ASAP (lol). Hopefully in retirement I can move to New Mexico or Arizona.

That's too bad Phil that you didn't tag out. It was definitely a tough hunt this year, I heard of lots of people not even getting a chance to draw their bow on one. Fortunately I didn't give up and 13 days into the hunt I tagged out. I passed on a couple smaller bulls and had some failed attempts at other big boys but in the end I got my trophy! These elk sure can teach a guy some lessons in a short period of time. 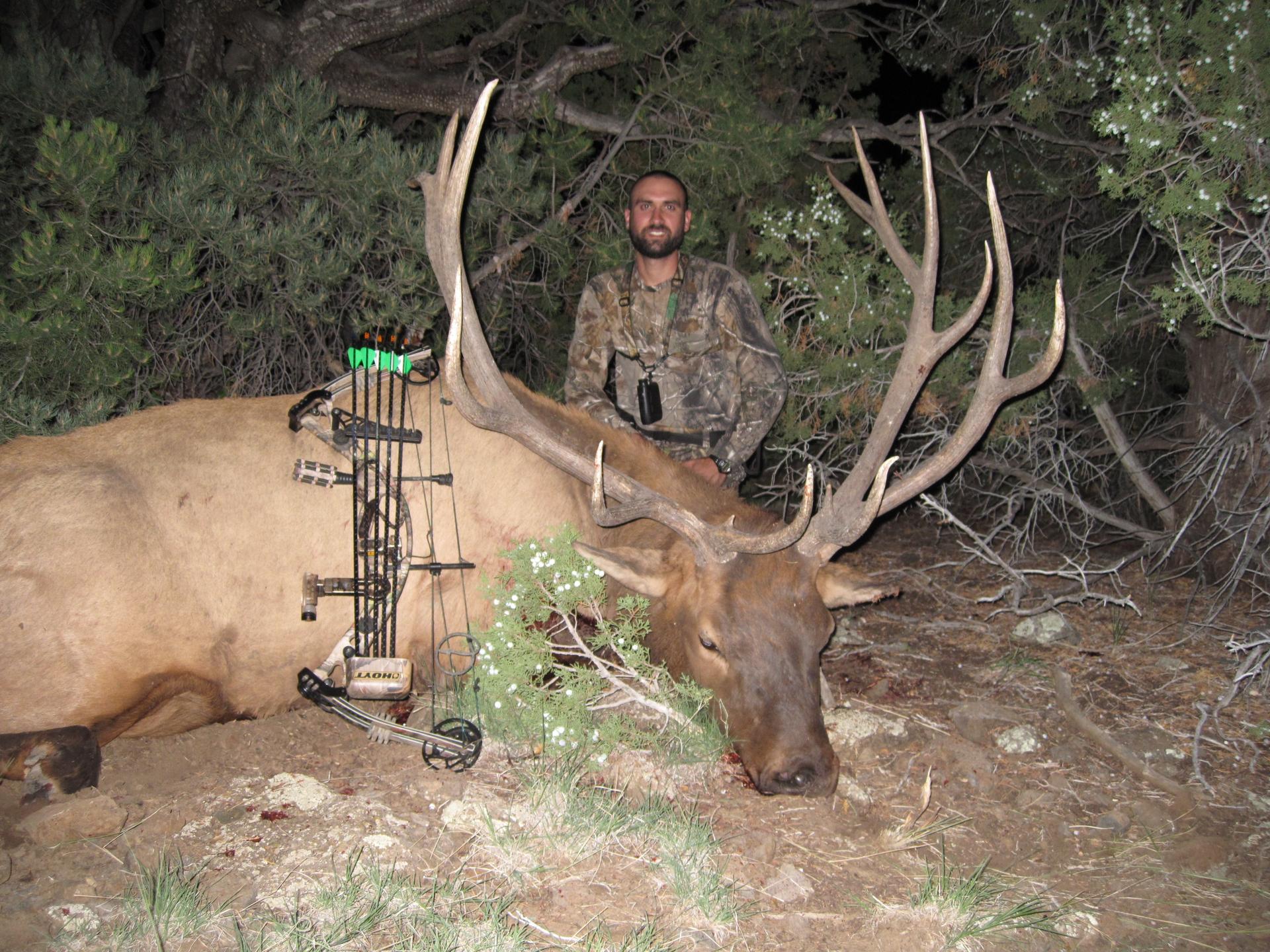 Double main beam on the left side! Great bull! Congratulations.

Holy cow, Brandon, how much did he score! That is a super nice elk! Congratulations!

Thanks alot guys for the congratulations. There was no shortage of effort put into this bull. We (my taxidermist actually) did a quick measurement on him and got 349 1/8. I'm going to have him officially measured after 60 days so we'll let the pros give the actual #. His left G2 is over 33" long which made him the most unique bull I've ever seen on the hoof.
You must log in or register to reply here.

USA: Mountain Grizzly Hunt That Turned Into A Moose Hunt