Well I have been hunting a new area in Colorado since a friend moved to that area.
Public land/National Forest since 2013.
In both 2013 and 2015 we set up a tent camp and both years we hunted 17 days. I have not got a shot in those 34 days. My friend got a shot in 2013 when I called a good bull in to him but hit a branch half way to the bull. Last year he had encounters with 6 X 6 twice but couldn't get a shot off.
This year he got a great job working heavy equipment in a forest fire and didn't want to give it up when the season started so we didn't set up a camp and I was just going to hunt out of his house by the day.
I skipped the opening weekend of the season and and started on last Monday set up in a place I liked from last year and had three cows come behind me about 20 yards. The trees I put behind me were so close there was no chance to shoot through them.
Day 2 I went up to where we had camped in 2013 and allways had a bull play with us so it was at least interesting. I got out of my truck at 6:00 and walked up to this hole that they would be in that is straight down about 500 feet.
I cow called and had a bugle come out of the hole. He was still there. I have a place there that I thought was the best looking spot in a side hill of Aspen and a great natural blind.
I worked away from the bull still cow calling. He continued to call back and seemed like he was following me. When I got above the place I wanted to go too I bugled and again he answered back. My place was about 240 feet down the side of the hole and I cow called on my way down. When I got to my spot I settled in and bugled and cow called for a while the bull kept getting closer and I thought this was it.
I then heard some noise to my right and saw I had some cows coming in from the opposite dirrection. Then I saw there was a small bull and spike with them. The 4x4 was feeding toward me and was inside 100 yards so I quit calling the other bull. The small bull got to about 70 yards and bedded down by a tree I could see. As this was going on I was texting my friend telling him how it was going. I looked up and the bull wasn't bedded any more and started eating in front of me. He had already walked through a shooting lane that would have been about 40 yards.
He continued and ended up directly in front of me at about 55 yards. He was eating pointing away from me and gave me a quarting away shot. The shot was very steep and I new it wouldn't fly like 55 yards so I put the 55 on the bottom of his body. About 40 at the top. I fired the arrow and it hit high went just under the spine but back. Later we found it got both tenderloins
He didn't move I think it affected his back legs and all he did was bend around and looked at the arrow. That gave me a broad side at his front but didn't learn from the first shot and got him high again this time it spined him above the vitals and he dropped in the spot. He was laying next to a big log only his head was moving. I worked my way down the hill and put an arrow into the lungs and as air was coming out of the hole he died. That was about 8:30 AM I sent a text with this picture to my friends wife and she said she would call some people they know and see if we could get some help and then head out in my friends jeep.
I started quarting it I had two quarters and the head off by the time she found my pickup. I guided her down to me and she carried out the front and I got the back.
Another friend call and said he would come out and help. He is in his 40's we are both 64. Well to shorten this up with one more trip we got all the rest of the meat two quarters, back straps and loins out at about 5:45 PM. A very long great day. 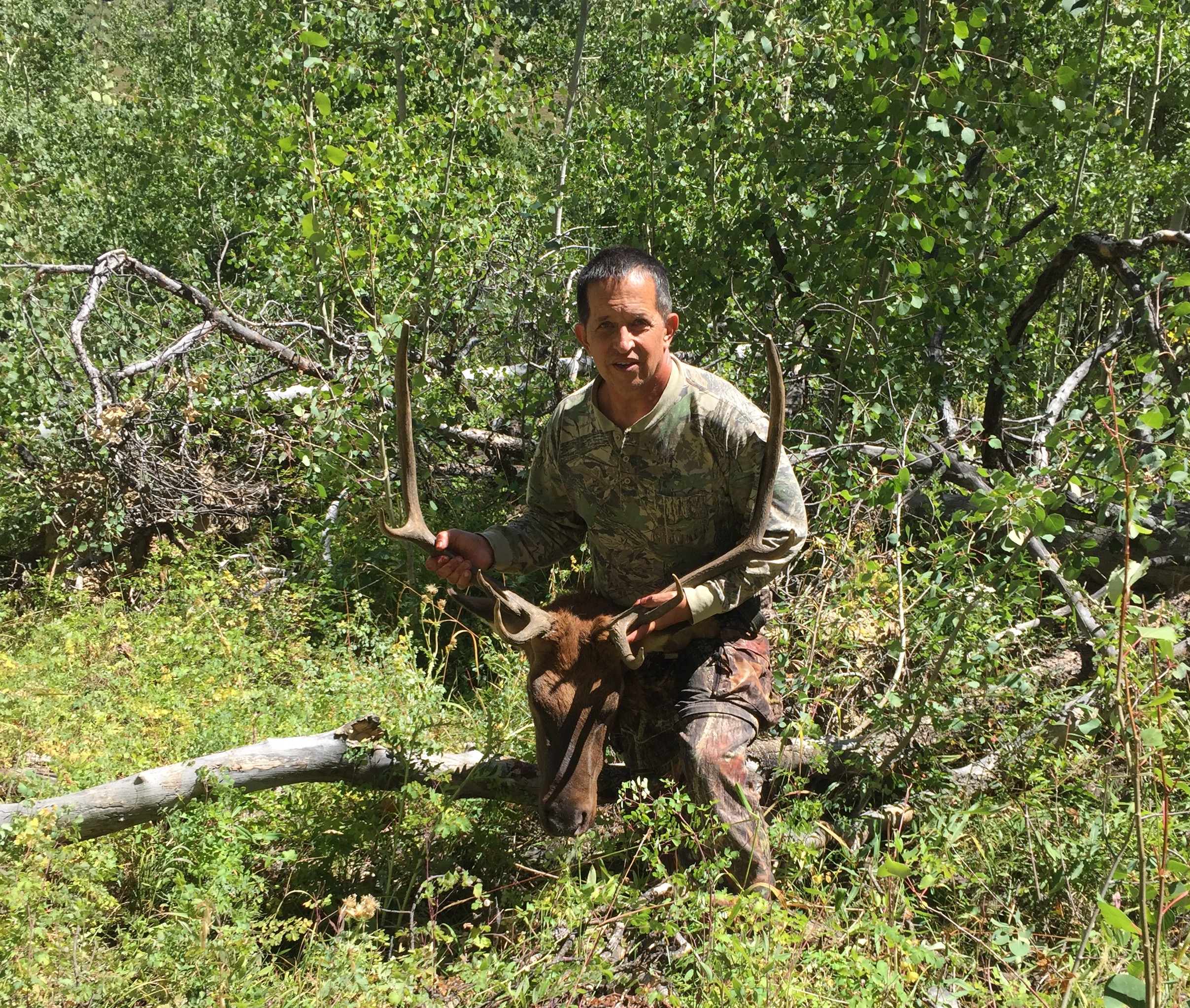 Was going to going to post a picture of what the shot looked like but can't get my computer to send it to my phone so will do that later.
Tom
Last edited by a moderator: Dec 11, 2016 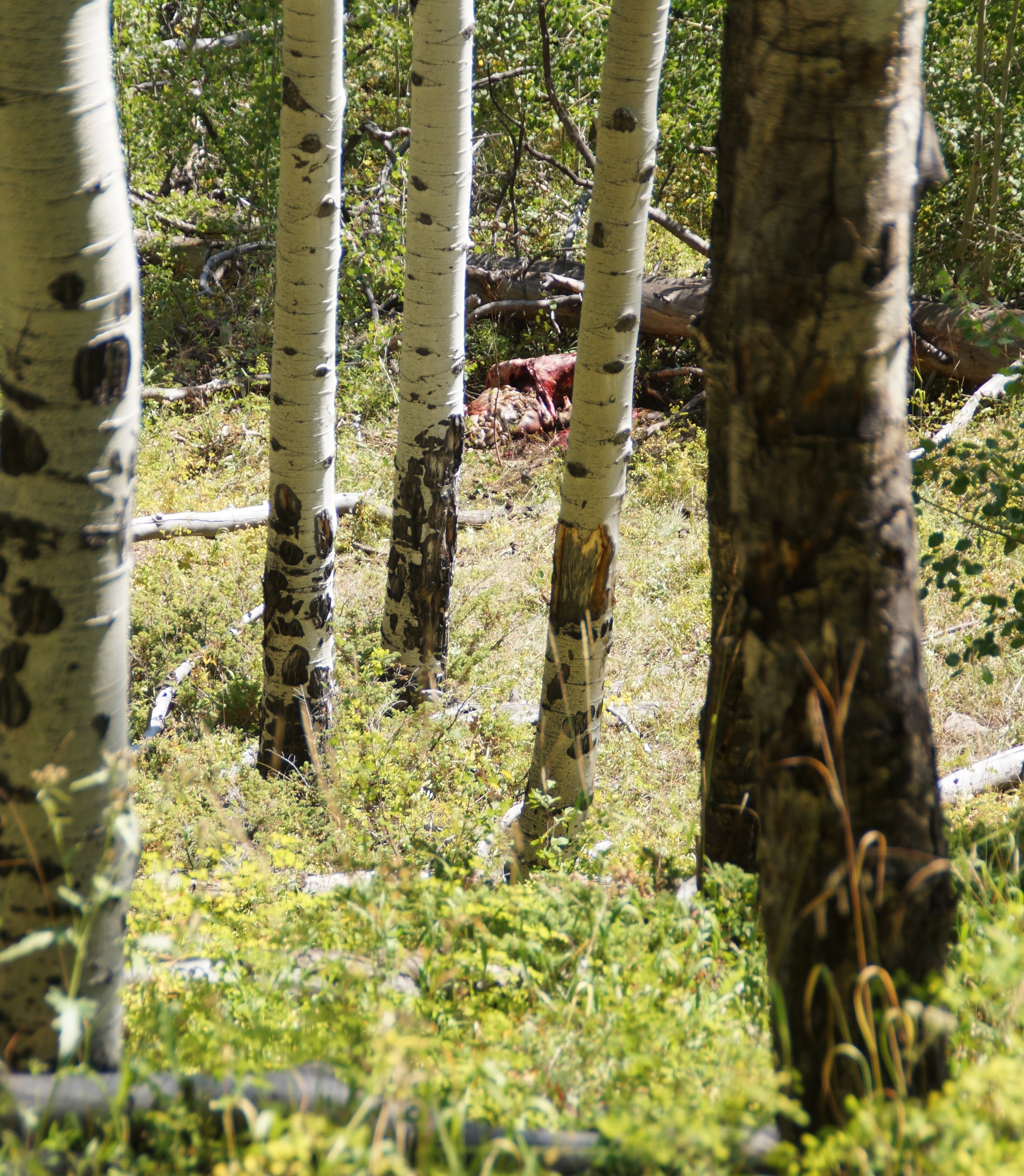 I had to go back down the next day to get the things that I left to be able to get the meat out.
The carcas is where the elk was standing. A bear had been on it and pushed it all up against the log.

Shooting on steep angles got me a few times.

Thanks for sharing your success.

WOw that had to be exciting

An archery elk is quite an accomplishment, especially doing it by yourself. Congratulations!

Thanks guys it felt real good getting a hunt done. After all the years hunting weekends and being able to go out and put time into it.
I have spent the last couple days cleaning it up. 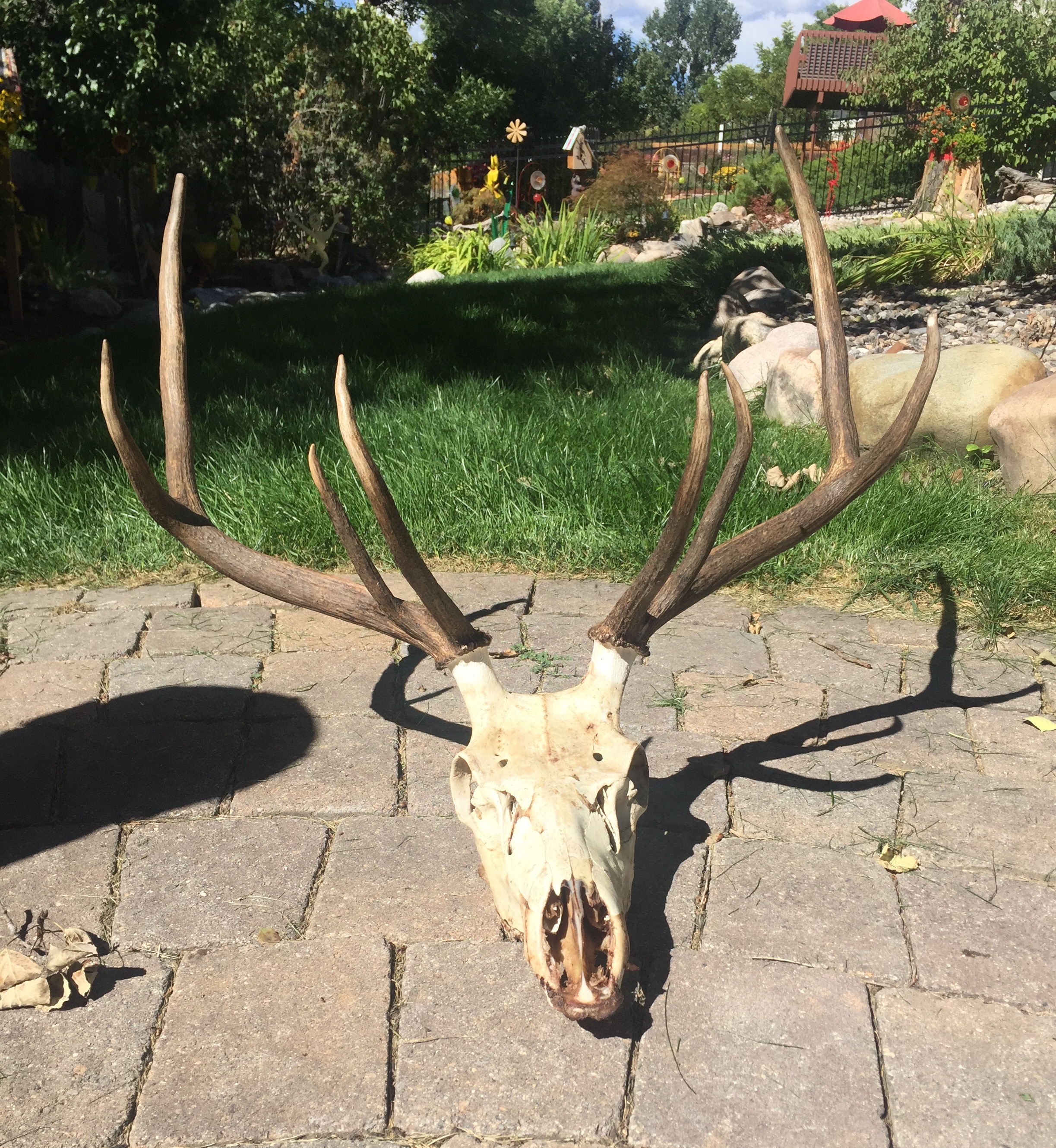 Nice Elk! I have a friend that goes out to Colorado every year to hunt for Elk on Public land with a bow! He's actually the one who got me into traditional archery. He is going out this year with a longbow he made himself! Congratulations on a successful hunt!
"I am not a good shot, but I shoot often" - Theodore Roosevelt
You must log in or register to reply here.