I just got home from my Alaska Brown Bear hunt. I hunted with Master Guide Bob Couey in his camp outside of Iliamna. I flew out of Bozeman at 8 AM on Sept 4th, changed planes in Seattle then on to Anchorage, then took a taxi to Merrill Field where I met Bob and we flew to Iliamna, and then a Super Cub to his camp., which was two pup tents tucked in next to an alder patch.

The next morning I was legal to hunt, and while we were fixing breakfast, Bob spotted a bear walking across a flat about a mile west of camp. We quickly grabbed our guns and packs and started after him. We got to about a quarter mile from where we last saw him and he was nowhere in sight, so Bob suggested that we go back to camp where we had some elevation to look for him, and have some breakfast.

We no sooner got back to camp and we spotted him again, so back to the stalk. This time we got to about 200 yards from him. He wasn't the biggest bear in the unit, but with his dark brown legs and his long blond back hair, he was my Grizzly bear dream color. 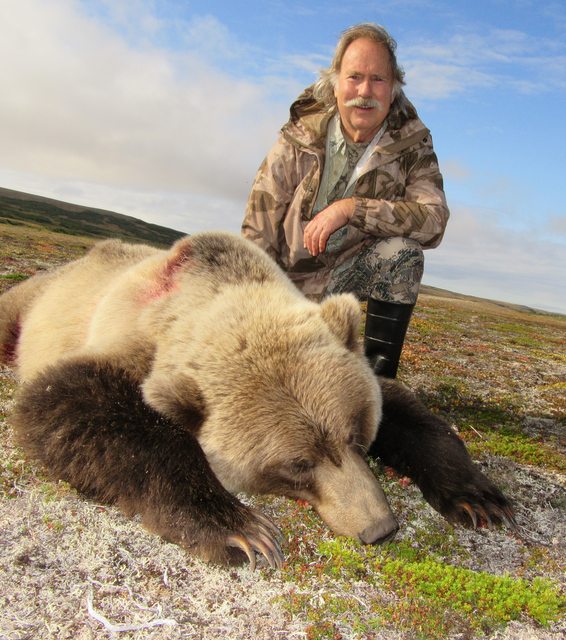 I was hunting with my .375 RUM with my 281 grain Hammer Hunter handloads and I heard the loud WHAP that my first bullet made when it hit him, and he fell down. But then he got up and started running and Bob said to keep shooting until he didn't get up, so I did. His final resting place was about 10 yards from a 40' drop off into a waist deep river, and a hunt that I had been dreaming about for over 50 years was over.

The picture taking, skinning, and packing got us back to camp by 3 PM for a very late breakfast...with a celebratory Coors Light.

The next morning Bob finished skinning out my bear's skull and got his hide salted and the clouds started building up in the West. Bob brought up the weather forecast and it showed the next few days with up to 93% rain. Bob was able to text the Super Cub pilot and he was able to get us back to Iliamna that day, but too late for the plane back to Anchorage, so we spent the night at a friends "lodge" where we had homemade pizza and fresh wild blueberry pie, and a warm, dry bed.

The next day we flew back to Anchorage and to Bob's house, where we spent a couple of nights. Bob finished fleshing my bear hide and heavily salted it, and we let it cure overnight before taking to the F&G office to have it sealed. We then went to a couple of local sporting goods stores where we both bought a 3 weight fly rod and reel, I bought an Alaska 7 day fishing license, and the next day we drove 180 miles north to Alaska's Lake Louise where Bob had a cabin. 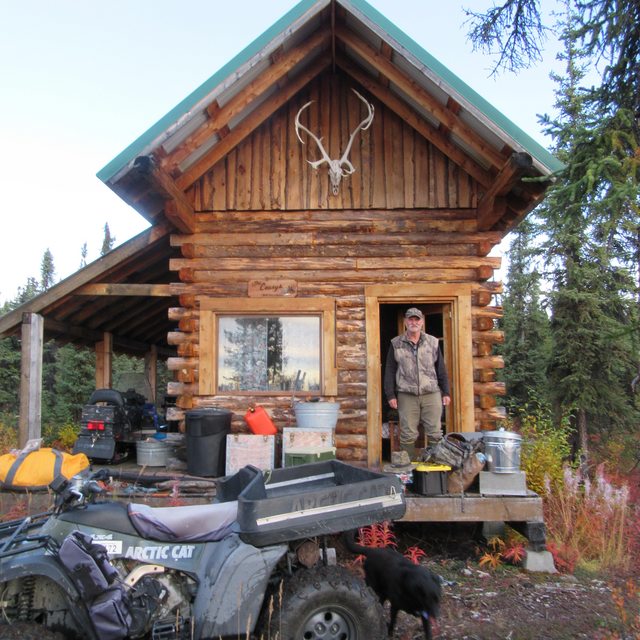 We then spent several days putting our new 3 wt fly rods to use on the creek next to his cabin where I had fun catching well over 100 Graylings. We also enjoying exploring and portaging Bob's canoe on 3 lakes and a section of the creek by his cabin, and me eating handfuls of sweet wild blueberries. 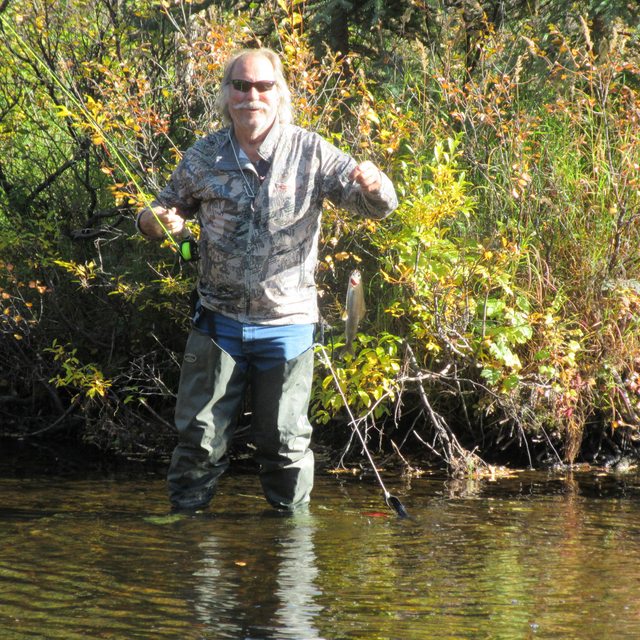 My Alaskan trip came to a close last Thursday and I left the beautiful tundra, lakes, streams, and glaciers for the smoky skies of Montana.
Last edited by a moderator: Sep 20, 2021

fantastic.Congrats and Waidmannsheil.
I also dream since 50 years from such a hunt.
I

Sounds like a great experience something I would love to do some day....thanks for sharing
T

What a gorgeous bear! Taking him early opened up the opportunity for the fishing trip which just added to your adventure. Congratulations.

Congrats on the bear, looks beautiful!

Is there no fishing where you hunt these bears?

Great looking bear! What a great trip too, congratulations.

IvW said:
Is there no fishing where you hunt these bears?
Click to expand...

Actually the river by camp had just finished the salmon run, and it contained large Arctic Char and Graylings....but I didn't know that before I got there, and I hadn't bought a fishing license nor did I bring in any fishing equipment.
I

Ah ok6, next time then

I’ve glassed hundreds of bear and never seen one with that coloration. I don’t care what it squared, you made the right decision. You experienced the real Alaska, mixing in some grayling fishing and seeing the country. The only think to top it off may have been a ptarmigan hunt!
M

Beautiful Bear! Congratulations
Life is not a journey to the grave with the intention of arriving safely in a well preserved body, but rather to skid in broadside, thoroughly used up, totally worn out, and loudly proclaiming, “Wow what a ride!“

Looks like a great time! Congrats on the bear and thanks for sharing!
John 3:16

WAB said:
I’ve glassed hundreds of bear and never seen one with that coloration. I don’t care what it squared, you made the right decision. You experienced the real Alaska, mixing in some grayling fishing and seeing the country. The only think to top it off may have been a ptarmigan hunt!
Click to expand...

You reckon that brownie has a little panda mixed in?

WAB said:
I’ve glassed hundreds of bear and never seen one with that coloration. I don’t care what it squared, you made the right decision. You experienced the real Alaska, mixing in some grayling fishing and seeing the country. The only think to top it off may have been a ptarmigan hunt!
Click to expand...

We flushed a ptarmigan when we were stalking my bear, put my priority was the bear.

Beautiful bear, congratulations-glad you could finally make that dream a reality after all those years!
You must log in or register to reply here.

NTH Rick HOlbert NTH wrote on Rick HOlbert's profile.
Nice “meeting” you Rick. I made my first trip to S. Africa this year through Kuche Safaris. We had an incredible time. What outfitter do you use? Neal
Yesterday at 9:27 AM •••