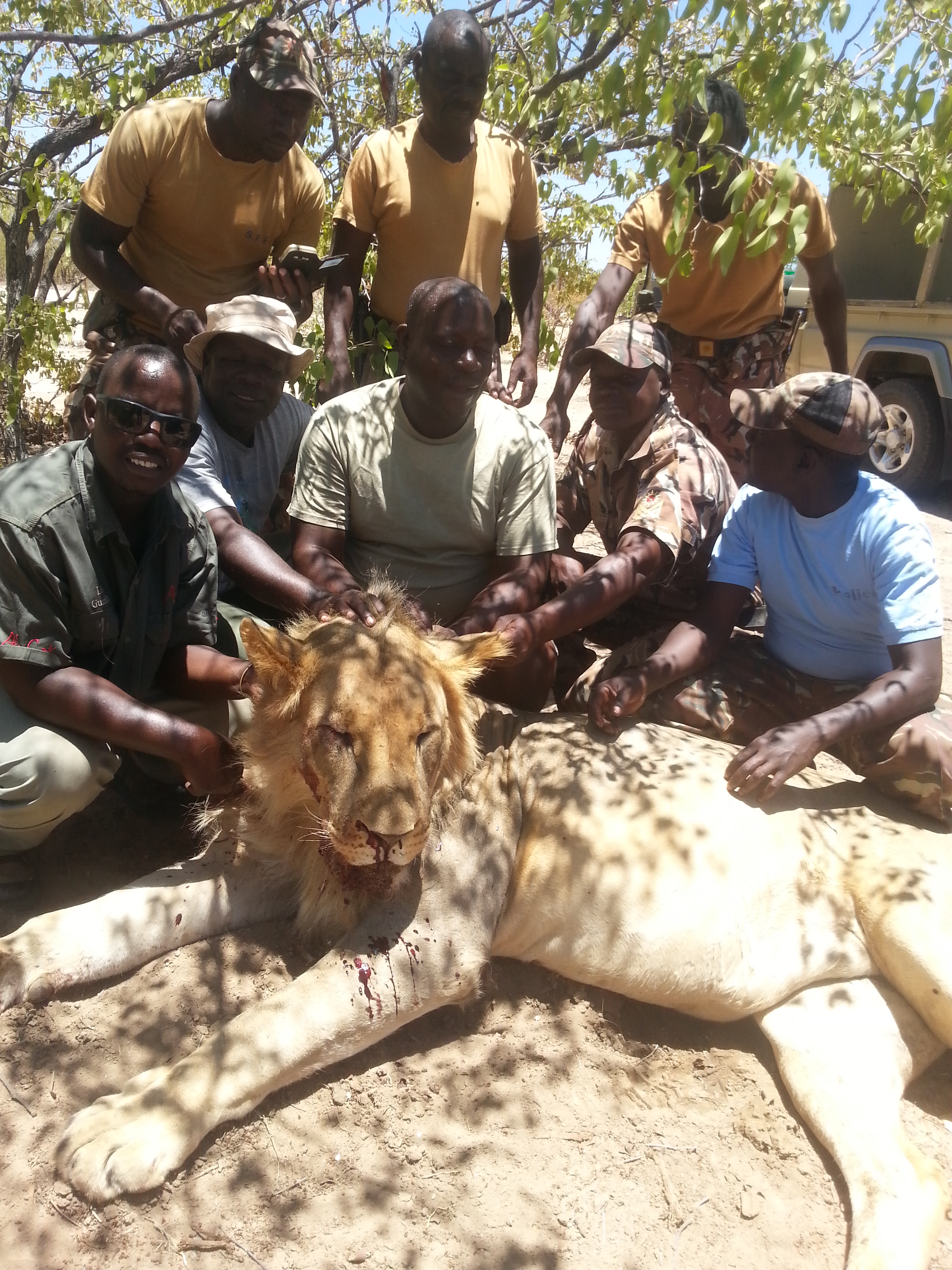 Oromauua-Two male lions escaped from Etosha National Park recently, causing damage at Oromaaua Village in the Omusati Region, where they killed three cattle and a dog. No loss of human life has yet been reported.

It is believed the two lions escaped from the park on the night of January 27, killing one ox that same night and another ox and a dog over the following two days, about two kilometres from the western fence of the park.

According to Michael Mumbaru, a nature conservation officer in the Ministry of Environment and Tourism (MET) in Omusati Region, MET officials were immediately dispatched to the scene to assess the situation after a complaint was lodged with his office in Ruacana by affected residents in that area.

Following the MET officials’ intervention, one of the lions was killed on January 31, after it reportedly showed signs of aggression and resistance against being safely taken back into the park.

MET officials and the Namibian police are now working around the clock to herd the remaining lion back into Etosha National Park. So far they have not been successful.
Should all else fail they will have to cull the lion to ensure the safety of the community and their livestock.

This is not the first case of human-wildlife conflict reported around the 22 square kilometre Etosha park, with four female lions having escaped in December, killing seven cattle at the same village. Residents of Oromauua Village have since expressed concern over the state of the park’s fence.

They complain that the fence is dilapidated, making it easy for predators to get out and cause damage to their property, including livestock and urged the MET to repair the fence.

They now face two major challenges: drought, which is ravaging most of their livestock, and predators that are killing their remaining livestock.

Community members argue that due to the strict rules and limitations imposed by the anti-poaching unit of the police they are unable to inspect the fence to look for the possible gaps or breaches through which the wildlife to escape.

Despite the N$1,500 offered by government in compensation for every head of cattle lost, the farmers here say the amount is too little compared to the actual value of the cattle killed.

According to Afri-cat senior lion guardian Jackson Kavetu, their organisation built two protected kraals at Oromauua for local farmers to put their animals into at night to protect them from predators. He said the communities are making use of these, but due to the drought – which has devastated the northwestern regions, especially Kunene – they hardly use the kraals, as they have to allow their livestock to roam freely in search of grazing, even at night.

It is estimated that the value of the cattle killed thusfar by the two escaped lions is around N$10,000.

* Malakia Nashongo is an information officer in the Ministry of Information and Communication Technology in Kunene Region.

The lion showed aggression and resistance to be captured????!
I had no idea a male lion would do that.

The article incorrectly states the size of the park: It is slightly bigger than the 22 square kilometers cited, it is actually 22,000 square kilometers, give or take. That's about 5.4 million acres. That would require a lot of fencing!
V

History of Etosha National Park
In The Beginning Etosha was first inhabited by the nomadic Hai||om Bushmen who lived a peaceful, uncomplicated existence, relying on the migratory herds of game for hunting, gathering what they could from the land. Various Otjiherero-speaking groups and Ovambos could also be found in the surroundings.

1851: Charles Andersson and Francis Galton were the first Europeans to record the existence of the Etosha pan, heralding 30 years of conflict between the Europeans and local tribes. Trade Routes around the pan began to emerge and the unrelenting hunting of Etosha wildlife began.

1876: Andersson’s eastern trade route merged with that of the American Gerald McKiernan, opening up even more avenues for the on-going slaughter of Etosha’s abundant game species. The Dorsland (Thirstland) Trekkers started to arrive en route to Angola, stopping over at Namutoni and Rietfontein. Many of the trekkers caught malaria and their oxen succumbed to lung disease during this time.

1885: William Jordan, an entrepreneur from Cape Town, bought large tracts of land around Okaukuejo and Fischer’s Pan from the Owambo chief. Jordan then awarded these 2500 hectares of farmland to families from the Dorsland Trek. Clashes with the Hai||om, cattle disease, marauding lions and a final defeat by Chief Nehale Mpingana forced these trekkers to abandon their farms the very next year.

1886: With the trekkers gone, the German Reich sent troops to Okaukuejo, Namutoni and Sesfontein to bring the spread of Rinderpest under control by culling migrating wildlife.

1889: Fort Namutoni was constructed and occupied by the German cavalry until 1904 when it was wiped out by the Ovambos. The fort was rebuilt the following year and eventually became a police station and later, a national monument.

1901: A second military post was constructed by Germany at Okaukuejo and order was restored.

1907: On 22 March Dr F von Lindequist, the governor of German South West Africa, declared Etosha ‘Game Reserve No 2’, incorporating an area of some 80 000 square kilometres. Since then, a number of changes to the boundaries of the park have been made.

1946: The first formal tour to Game Reserve No.2 took place over Easter weekend, consisting of 137 guests transported in 10 open trucks.

1955: Construction of the boundary fences began and a tourism service was started. That year 6210 people got to enjoy the park and the first rest camp at Okaukuejo was opened.

1957: Namutoni rest camp was constructed to accommodate the ever increasing number of visitors to the reserve.

1958: Ordinance 18 of 1958 reduced the boundaries of the reserve to 55 000 square kilometres and Game Reserve No 2 was renamed Etosha Game Park.

1961: An eruption of a foot-and-mouth disease resulted in the erection of a game-proof fence along the eastern and southern borders of the park.

1967: Etosha was awarded national park status and the rest camp at Halali was set up.

1973: Fencing of the 850 km circumference of the park was completed.

During the late 70’s and early 80’s the border war involving South Africa, Namibia and Angola, as well as a prolonged drought took a heavy toll on the wildlife in Etosha, almost eradicating it.

Since 2004 the Hai||om have been recognised as the rightful inhabitants of Etosha and have been allocated land for resettlement adjacent to the reserve.

Thankfully, Etosha has recovered from its turbulent and sometimes unlucky past to evolve into the beauty that it is today, and remains one of the best places on earth to enjoy Africa’s diverse and fascinating wildlife.
Jerome Philippe, Founder of AfricaHunting.com

CAustin said:
The lion showed aggression and resistance to be captured????!
I had no idea a male lion would do that.
Click to expand...

They are all tame you know because they come from a park. 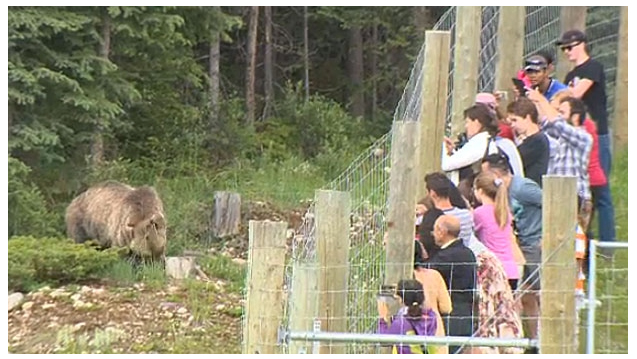 Once those lions left the park, they were as good as dead.

May the lions of Tsavo seek judgement of the guilty
Ed Wright
You must log in or register to reply here.

From war to wildlife

Rangers can’t be all over