This week, after a recent spell of malady, I was finally able once more to enjoy my frugal weekly treat – that of watching the amiable and extremely knowledgeable Charlie Jacoby on (UK) Fieldsports TV, whilst enjoying a small glass of amber fortitude in homage to the departed sunset. Unfortunately, my wrinkly euphoria was, without warning, most violently and rudely interrupted.

I refer, of course, to Charlie’s revelation about the recent EFRA (UK Government Environment, Food and Rural Affairs Committee) committee meeting. And, of course, being an intelligent and erudite reader of CSM, you will be aware that there has been, of late, a bit of a Carrie-on (Carrie, the UK Prime Minister’s wife) while our idiotic government panders to the animal rights vote, driven by a prime minister under a powerful female thumb and the influence of some rich chums who hide their fortunes and lavish lifestyles behind “a love of the environment, heh-heh”.

In furtherance, our government has an “Animal Welfare Action Plan” that, of course, has nothing to do with animal welfare and everything to do with massaging people’s emotions in order to milk a simple kiss X (mwah) out of them at voting time. Part of the “Action Plan” is a proposal to ban the importation of hunting trophies.

Embracing animal rights is a cunning Islington Bubble (Islington is a trendy London suburb) type plan that will allow the Conservative Party to simultaneously demonstrate that it’s (a) not really the nasty party, whilst (b) stealing a popular emotional harvest that was planted long ago and fertilised by the copious manure of deceptive animal rights (AR) loonies. The Government ploy includes a proposed “Animals Abroad Bill”, that, according to government apparatchiks, will apparently “tackle animal cruelty and support conservation efforts overseas”.

It will add absolutely nothing to help conservation overseas and will demonstrably harm it. It will also “ban the trade in hunting trophies that threaten the conservation status of species abroad”. Crap – firstly, the law, together with CITES via JNCC (Joint Nature Conservation Committee), already regulates and filters UK imports to prevent species endangerment, and secondly, modern regulated trophy hunting (the kind that enables permits) doesn’t threaten any species with extinction anywhere. That’s why it gets permits.

In reality, such an idiotic ban would damage high value hunting and the sustainable harvest of natural resources, and thus undercut rural incomes and conservation funding together with the economic and conservation benefits that sustainable hunting provides. Sadly, it will help destroy a major South African initiative in which all forms of wild animal breeding, hunting, meat production, auctions and restocking are simply classed together as “wildlife industry” because of their inseparable nature. You damage one part, you damage all of it. Baby and bathwater stuff. You know.

It is also rank eco-colonial arrogance. In Southern Africa, where most UK hunters go, there are thousands of proper scientists, vets, field managers, ecologists, farmers, private reserve owners, rangers and wardens, plus hundreds of thousands of rural people who live in “tribal” areas with wildlife, all looking after their wildlife very well (with only a couple of exceptions), backed by stiff laws. Put simply, you cannot legally hunt an endangered animal in Southern Africa. Endangered animals in South Africa are protected by severe TOPS regulations (Threatened or Protected Species regs, under the control of the DEA and the South African National Biodiversity Institute, SANBI). They will not issue a hunting licence or an export licence for you to kill any endangered animal that is minding its own business. These are supremely experienced, qualified people who have lived with their wildlife for generations. It is therefore not necessary for us in the UK to unilaterally ban the importation of their legal hunting trophies, quite apart from being ill-considered, pointless and unfair. It is a further fact that 1.3 million km2 of sub-Saharan Africa is dedicated to trophy hunting. So why a ban?

Of course, we understand if Boris is under a conjugal threat from her indoors, and, being adults, we understand that every Government will hop onto any passing open bandwagon like a tramp pouncing on a sandwich. That’s all fairly familiar and innocent.

But, oh my days, then this:

In a week that saw the resignation of Owen Paterson (UK MP) over sleaze allegations, a torrent of red-hot sleaze was actually oozing like La Palma in the EFRA Committee room on November 2nd, where MPs were “taking oral evidence from experts” (don’t laugh) to ascertain if a ban on hunting trophies will help or hinder conservation efforts overseas. Sounds fair enough. A transcript is here if you have difficulty sleeping. A video is here.

Whaaaaat???? What in the name of red, white and blue blazes are EFRA doing talking to these three mentally-affected cockwombles? Who invited these odious rodents into the building? All three are prominent animal rights activists – jelly-heads – who work for organisations that make a seriously fat living out of their over-promoted and largely fictitious war against trophy hunting. These blatant deceivers collect huge volumes of money in donations. The Humane Society of the United States collects a cool $200 million a year, (half of which it spends on fundraising and, for good measure, salts a lot of it away in its off-shore Caribbean bank). The Born Free Foundation extracts five million ЈЈЈ a year in the UK (and, I kid you not, spent half a million on political EU lobbying), while wily Goncalves, that brazen fraud, makes Lord knows how much from his devious CBTH campaign and the sales of his sensationalist eco-porn penny dreadfuls. In passing, Goncalves’ CBTH is not a charity – it is or was a registered company with his wifey as sole officer, so what is it doing there? (And, a bit of scandal, a current rumour in the hunting world has it that Goncalves might have taken down his con-trick supporting website in preparation to delist his company before he has to produce his first full public accounts showing how much his fat scam has lifted off other charities and the unsuspecting UK public). We’re all watching, Eddy. None of these organisations have any experience in conservation game farming, venison production or hunting or trophy hunting. They all live by sucking the public teat by fair means or foul.

This was not so much a kangaroo court – it was more like our Mother of Parliaments being held down and violated by three mentally diseased kangaroos. And while you ponder this superbly tasteless metaphor, you can add the nasty vision of flint-eyed Carrie, Zac and a herd of zealous MPs and celebs stuffing the poor old girl’s mouth with a ball-gag, masking her eyes, and holding down her arms and legs for their own Inquisitorial gratification.

Rather than call them to speak, the Chair should have called the fraud squad. The whole tawdry affair should be set aside judicially, and its organisers left discreetly alone in the library with a Bible, a glass of port and a Webley .45.

The rest of the article is at the address below with all of its links. Enjoy…… 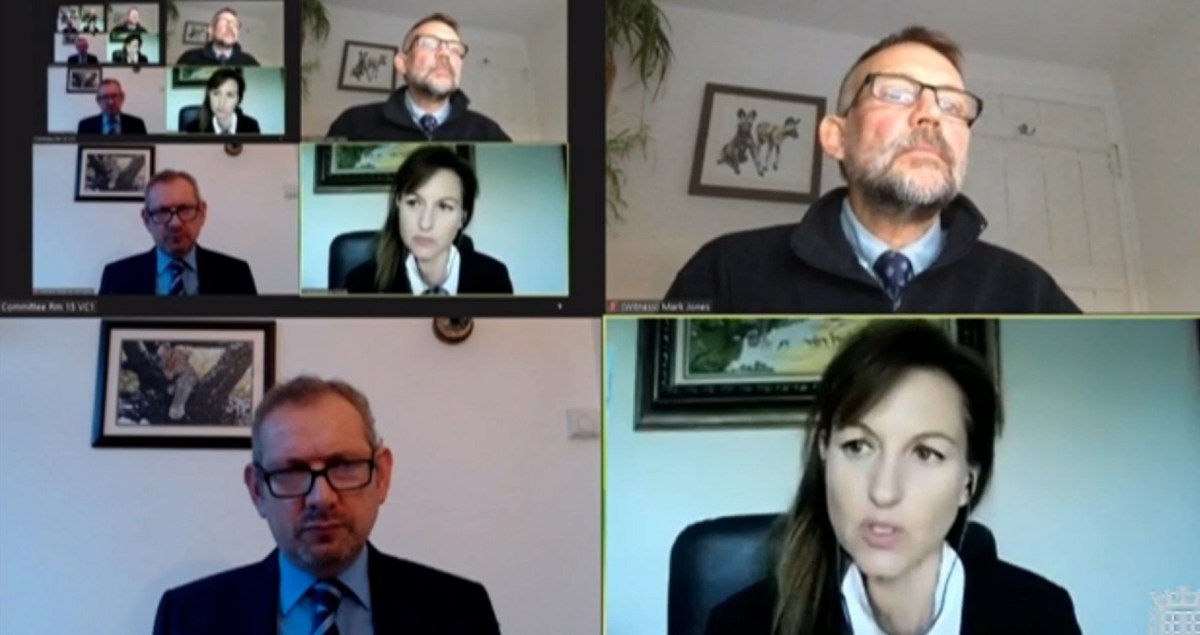 Something Rotten in the Den of State

BY JOHN NASH This week, after a recent spell of malady, I was finally able once more to enjoy my frugal weekly treat – that of watching the amiable and extremely knowledgeable Charlie Jacoby … 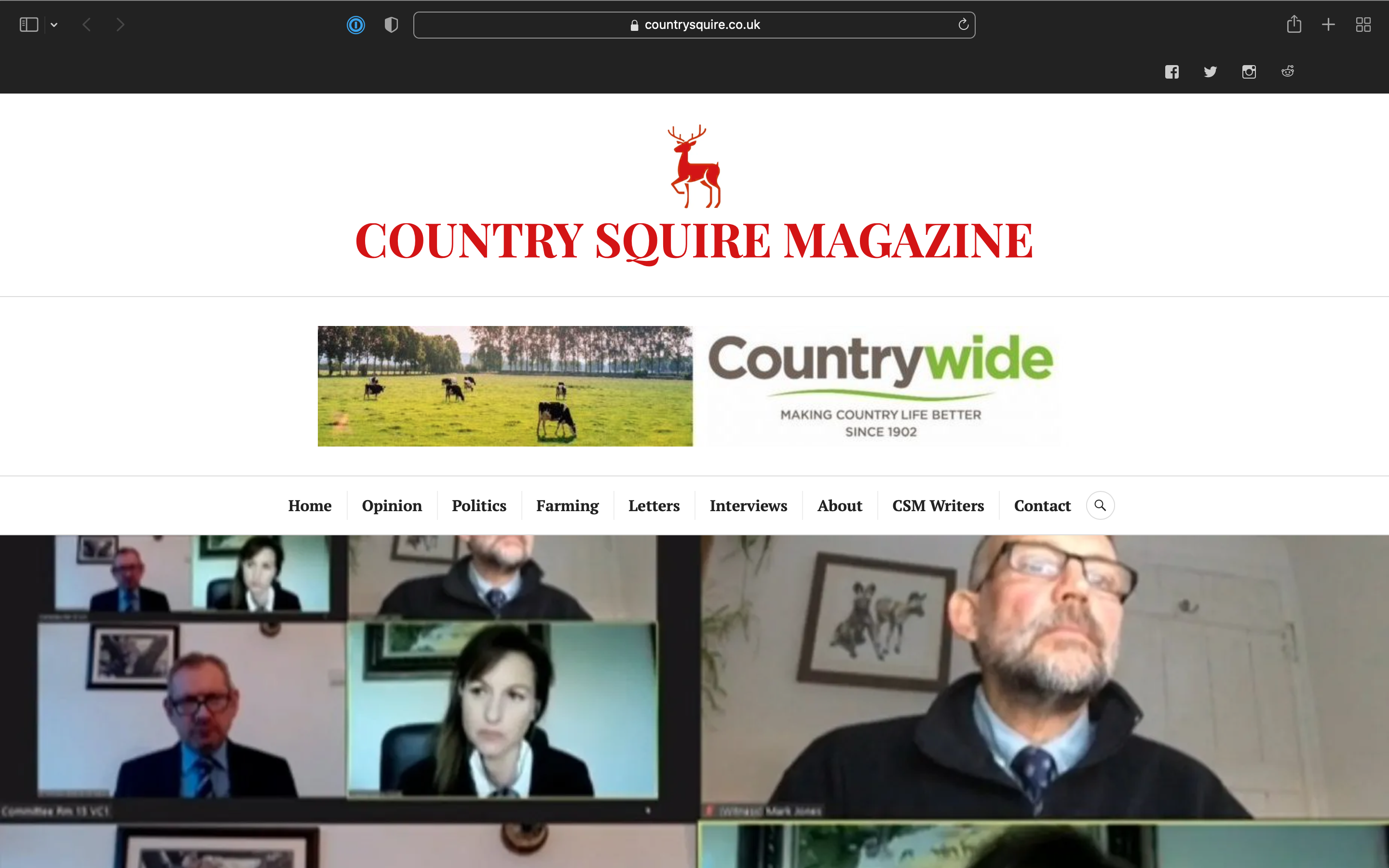 Saw the episode myself. Charlie and Hans totally bust the Antis lies wide open.
You must log in or register to reply here.