Trophies Are Here, Happy and Sad

These are from my first ever African hunt, last July with KMG Safaris in the Eastern Cape; they were mounted by Hunters & Collectors in Port Elizabeth. The taxidermy work was completed a month or two earlier than expected, so I had to hustle a bit to get arrangements made for the import...but Coppersmith did a great job for me. My crate arrived yesterday, and after unpacking and airing out a bit, I got them hung today.

Once I was finished, I found myself feeling a little sad...the final chapter in my first African safari was done. There is nothing left to do except admire the trophies and remember...and start planning my next African adventure. 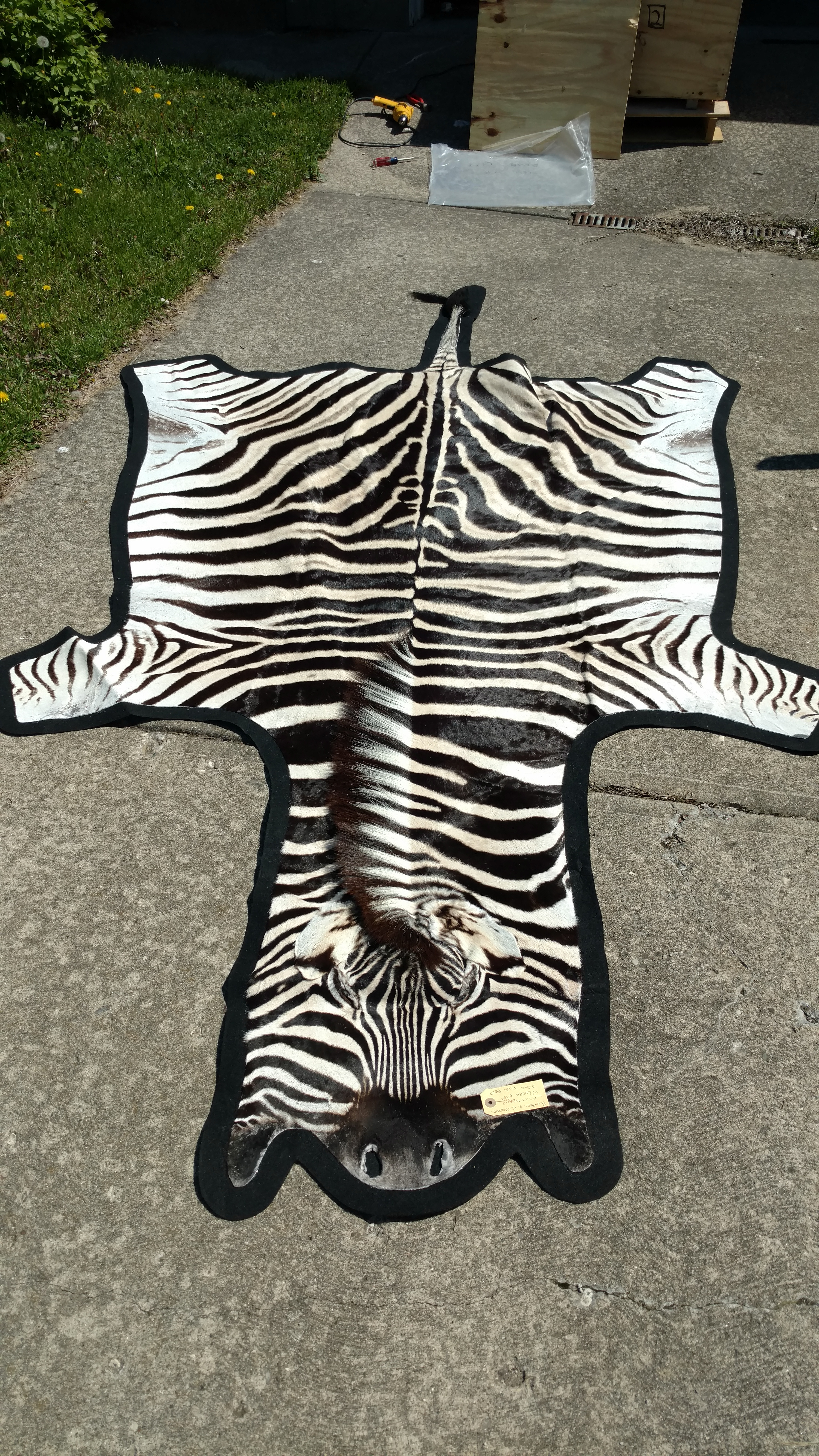 Airing out the zebra in the driveway after unpacking. 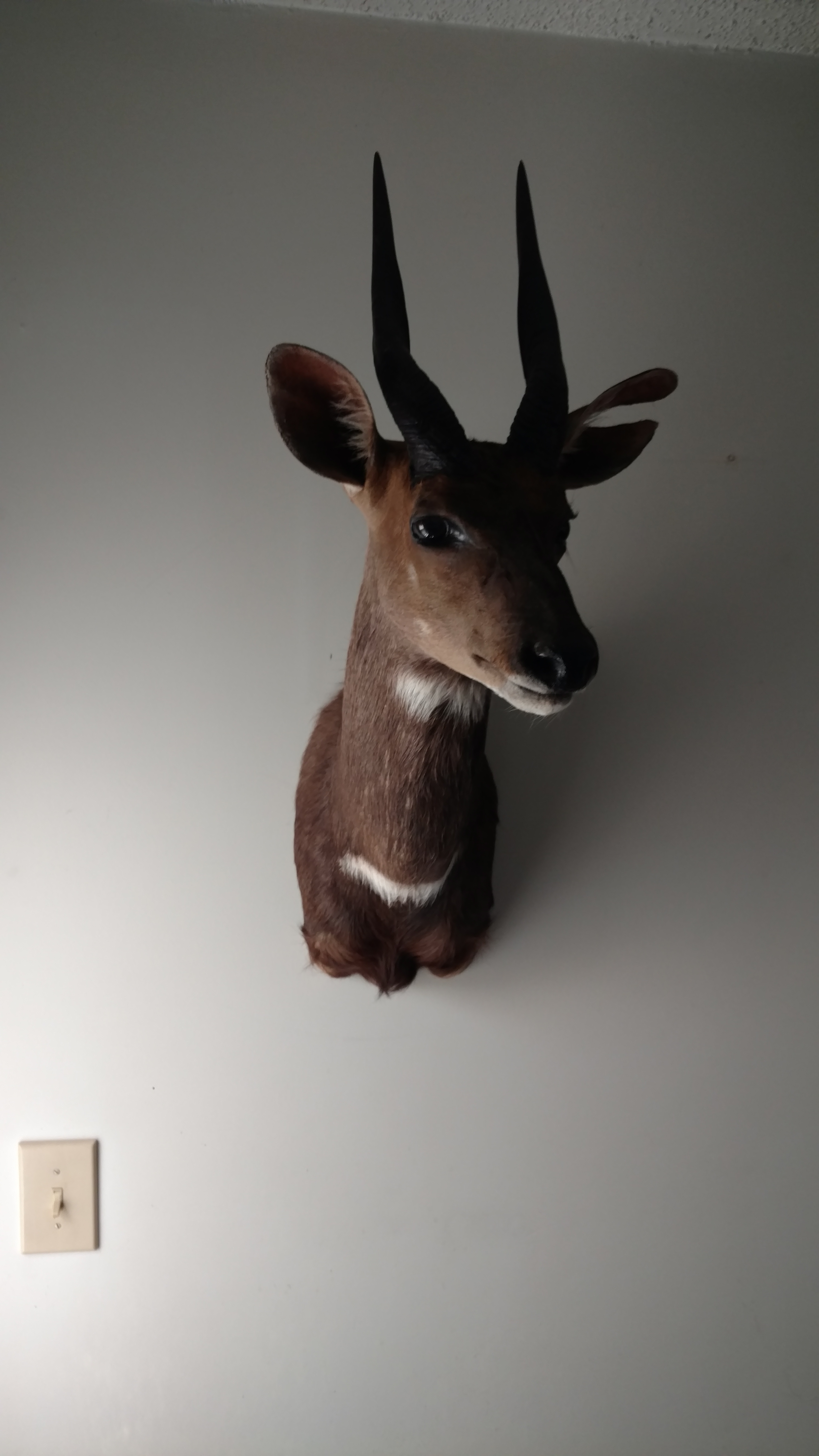 The tear in the ear of the bushbuck was put there by my PH's dog, sent in after I wounded the ram. The dog took a horn in the hip before I could put the ram down; it was quite the scrap. (The dog is fine.) 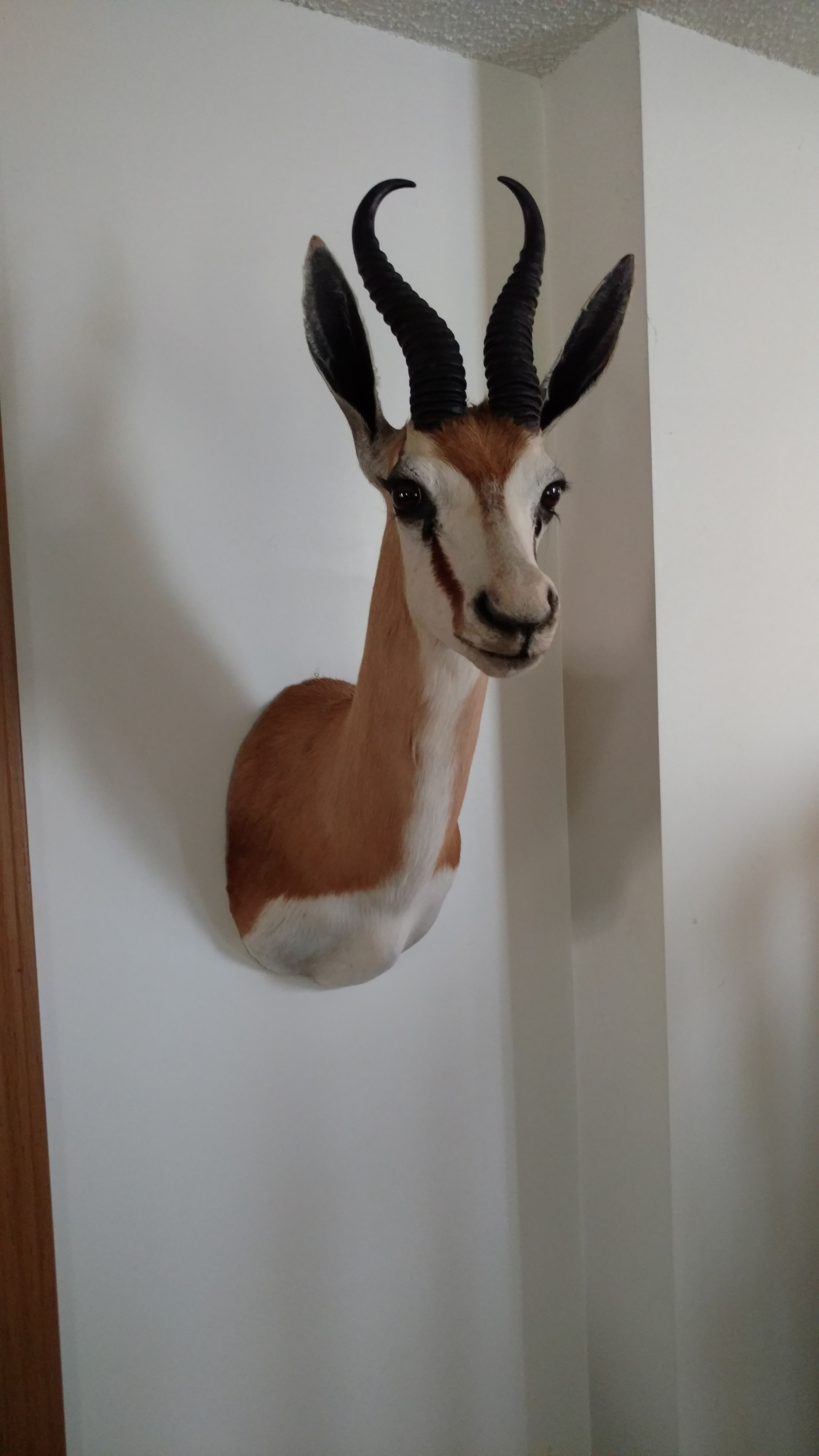 This springbok is my first ever African animal, taken (finally) after I whiffed on two previous opportunities. 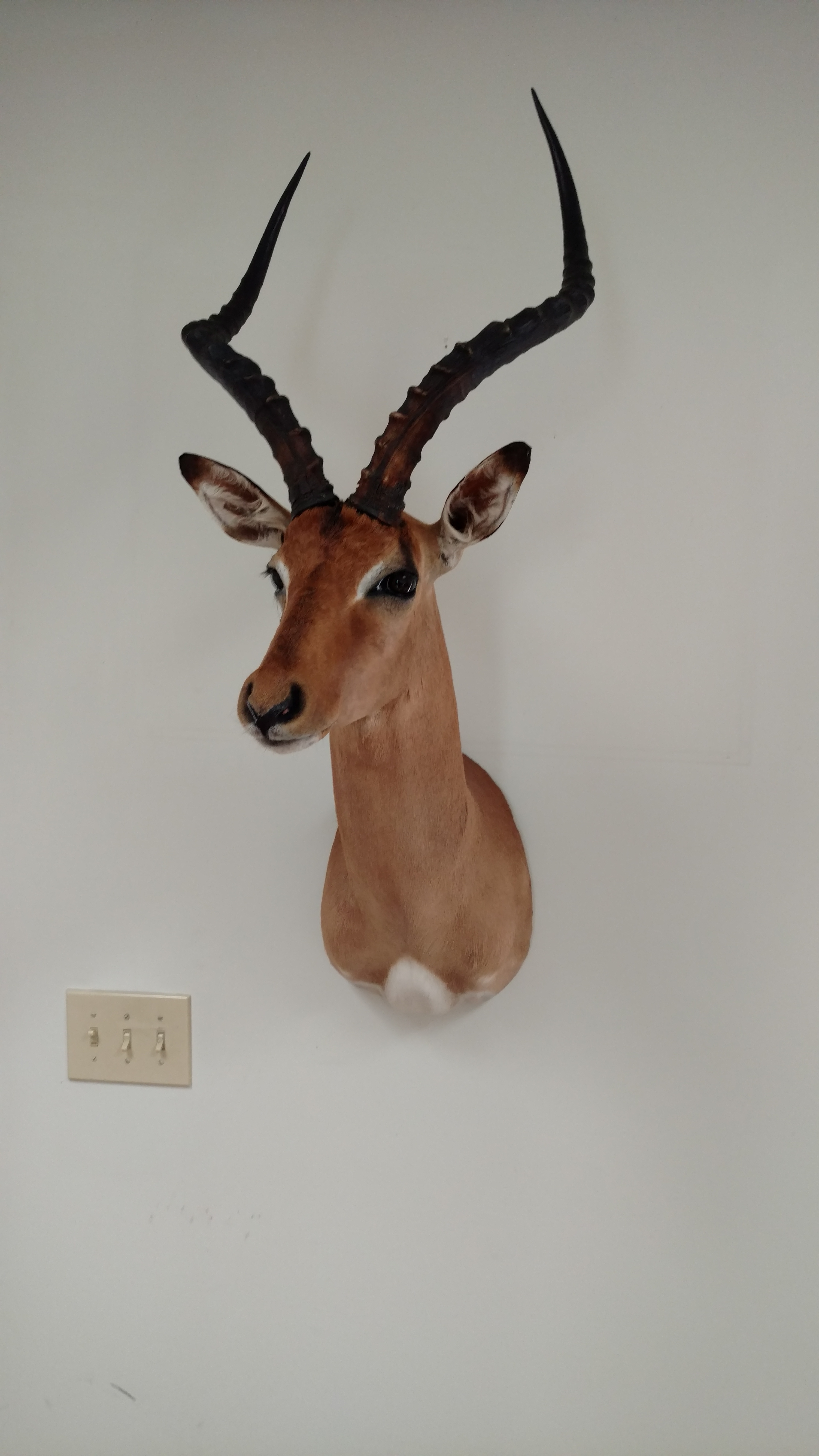 The impala was my last hunt of the safari. I had intended to do a European mount, but my PH counseled against it. After seeing the size of the ram, he said, "That is a freaking gold medal impala. I don't want to tell you what to do with your trophy, but I think you'll regret it if you don't do a shoulder mount." He was right.

Very nice trophies and thanks for sharing that with us!
"When my friends tell me that I have led a remarkable life, I have to admit having done my best to make it so" - John Kingsley-Heath

Congratulations on the repose phase of your first hunt.
Great stories to be relived.
Thanks

I don’t ever want that feeling of emptiness knowing that I don’t owe my taxidermist a kidney! Lol
Congrats
"Montana seems to be what a small boy would think Texas is like from hearing Texans" John Steinbeck

Congrats! I have a few coming from them in a month or so as well! Those look great on your walls. Time to start planning your next trip
It'not the years, it's the mileage......(Indiana Jones)

Yep it’s time to admire and enjoy your trophies. Planning the next trip is always fun.

Very nice. The torn ear adds character. And the story behind it adds to the experience. Plus you know you got the right skin! Congrats and enjoy!

Congratulations! I love that they didn't "fix" the ear on the bushbuck.

Congrats on getting them home and on the wall!! Now onto planning the next adventure!
John 3:16

Looking good! Agree on the ear - adds a unique flavor to the mount

A lot of great memories there.

I hope you can get back!
Captain of the Luddite Society

Congratulations. Those are beautiful trophies. I love the tear in the ear. That's a great story and detail. I'm glad you didn't have them fix it.

Congratulations on your animals. I’m here right now hunting with KMG so maybe a few days after I get back I’ll get the report together.

James Sexton said:
Congratulations on your animals. I’m here right now hunting with KMG so maybe a few days after I get back I’ll get the report together.
Click to expand...

Tell everyone hello...and if you see Martin, tell him he was right about the impala! (He said it was a gold medal, and by my measurements it makes gold by 2.75")

Excellent. Glad your happy with everything. Marius runs a great operation and I look forward to hunting with him again.
Tommorow is promised to no one. Go live your dreams.

Outstanding trophies, congrats! BTW, when I read the title of your post, I had flashbacks of when I received my damaged goods. Glad everything was good for you! Congrats again!

Outstanding trophies, it is great to see the trophies finished after having had the opportunity to see you again at the lodge, hopefully our paths will cross again!
You must log in or register to reply here.

My Namibian taxidermist sold my trophies!!!

Trophies are in Arizona