Travel Ban For US Citizens

Anyone planning on taking a vacation to Iran should take notice:
US Citizens will be barred from entry into Iran due to the Presidents ban, into the US, of Citizens of 7 Muslim Countries.
https://www.yahoo.com/news/iran-vows-reciprocal-steps-retaliation-us-visa-ban-164247739.html
Safe Spaces have been set up at Shia LaBeouf's house as well as Governor Jerry Browns dwelling for those feeling tearful today.

"While respecting the American people and distinguishing between them and the hostile policies of the U.S. government, Iran will implement the principle of reciprocity until the offensive U.S. limitations against Iranian nationals are lifted," a Foreign Ministry statement said.

"The restrictions against travel by Muslims to America... are an open affront against the Muslim world and the Iranian nation in particular and will be known as a great gift to extremists," said the statement, carried by state media.

The U.S. ban will make it virtually impossible for relatives and friends of an estimated one million Iranian-Americans to visit the United States

Earlier on Saturday, Iranian President Hassan Rouhani said it was no time to build walls between nations and criticised steps towards cancelling world trade agreements, without naming Trump.

Trump on Wednesday ordered the construction of a U.S.-Mexican border wall, a major promise during his election campaign, as part of a package of measures to curb illegal immigration.

"Today is not the time to erect walls between nations. They have forgotten that the Berlin wall fell years ago," Rouhani said in a speech carried live on Iranian state television.

"To annul world trade accords does not help their economy and does not serve the development and blooming of the world economy," Rouhani told a tourism conference in Tehran. "This is the day for the world to get closer through trade."

The protectionist-minded Trump formally withdrew the United States from the Trans-Pacific Partnership trade deal on Monday, fulfilling a campaign pledge to end American involvement in the 2015 pact.

Rouhani, a pragmatist elected in 2013, thawed Iran's relations with world powers after years of confrontation and engineered its 2015 deal with them under which it curbed its nuclear programme in exchange for relief from sanctions. (Reporting by Parisa Hafezi, Dubai Newsroom, Writing by William Maclean; editing by Ralph Boulton)
Last edited by a moderator: Jan 29, 2017

cmnhunt said:
Anyone planning on taking a vacation to Iran should take notice:
US Citizens will be barred from entry into Iran due to the Presidents ban, into the US, of Citizens of 7 Muslim Countries.
Click to expand...

I bet if Obama gives them another billion of tax payer money they'll reconsider.

I guess the I-ran super slam will have to wait.

Wonder if Delta will give refunds on those tickets??

I'm surprised any US citizens where even allowed in Iran anyways. Actually I thought a ban was already in place, guess I should read up more on the news.

Had no immediate plans to travel there but I cannot imagine why anyone would.

That's weird...Dan Rather, news anchor, did a 60 Minutes story over a decade ago in Iran. He specifically said "after I leave here the authorities say no Americans will be allowed back in the country" (paraphrased)

I wouldn't want to go there anyway. Day one, week one, grade school the kids are taught something like our Pledge of Allegiance along the lines of "death to Americans" and the say it daily. This was, again, about a decade ago that I saw this.

If anything its gotten worse and now that our lord and savior BarryO is gone there is nothing to protect us from the nutburgers over there....Besides they are pissed now because the money train (or plane) has stopped.

I like the idea of our gov't not giving money away to other countries. We've got this immense deficit that only increases, countless homeless veterans and other people, sh*tty health care services for vets, but we'd give billions of dollars to Egypt who doesn't care for us anyway.
Or giving money and support to the Syrian rebels to overthrow their own gov't. 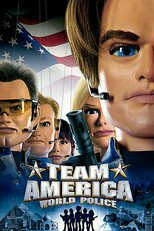 U.S. warns citizens not to travel to Cuba

Concerns For Travel To Turkey

Without Intervention, Iran Will Effectively Make Environmentalism A Crime